It’s here fellas. The Air Jordan IV ‘Thunder’, released in 2006 in heart-wrenchingly limited units in tandem with a varsity-style jacket, has been confirmed for a Retro release for 2012 – and we’re getting a first look here and now. The 2012 version looks to be spot on with 2006 issue, so the only questions that remain are just how limited these will be, and what this means for the future of Air Jordan Retro releases. The Thunder IV is unquestionably one of the most sought-after Air Jordans ever to the point where collectors are shelling out over $1,000 for a pair, so this upcoming release will certainly ease the financial pain just a tad. The early word is a November 17th release date, so flip through our full photos after the jump and let us know what you think.

Images: Marquee Sole
—
For the original post from September 5th, 2012, please see the next page. 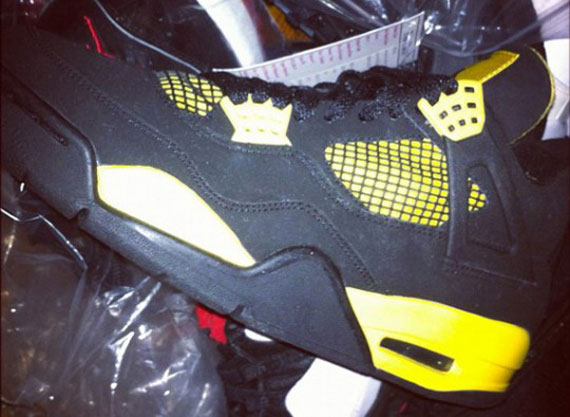 There are a few Air Jordan colorways that you just don’t expect to ever get the retro treatment. All of the OG’s for instance are fair game, but the more limited and newer era pairs kinda come with the notion that it’s one and done as far as their release (save for a few of the more iconic ones, see: Air Jordan XI ‘Cool Grey’). Breaking that mold is the word that the Air Jordan IV ‘Thunder’ will be making its way back onto retail shelves in late 2012, likely doing so in limited numbers once again. Stick with Sneaker News for further info surrounding this surprising re-release and let us know us know if you think the Air Jordan IV ‘Thunder’ return is the signifier of a new day in which Retro+ colorways will be coming back with more regularity. Also, hit the jump with us for a look at a sample pair of this Air Jordan IV release that was floating around last fall. 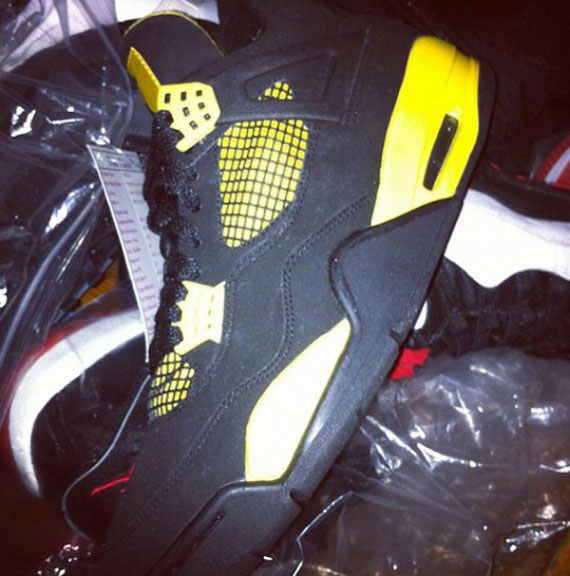