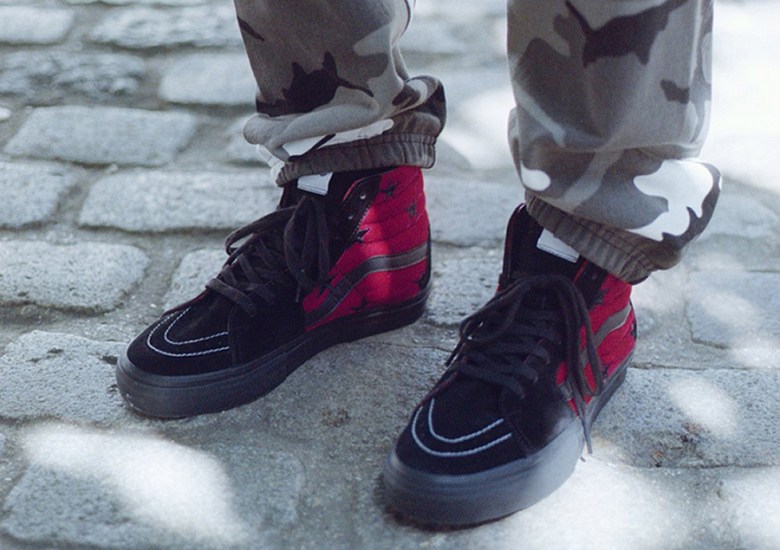 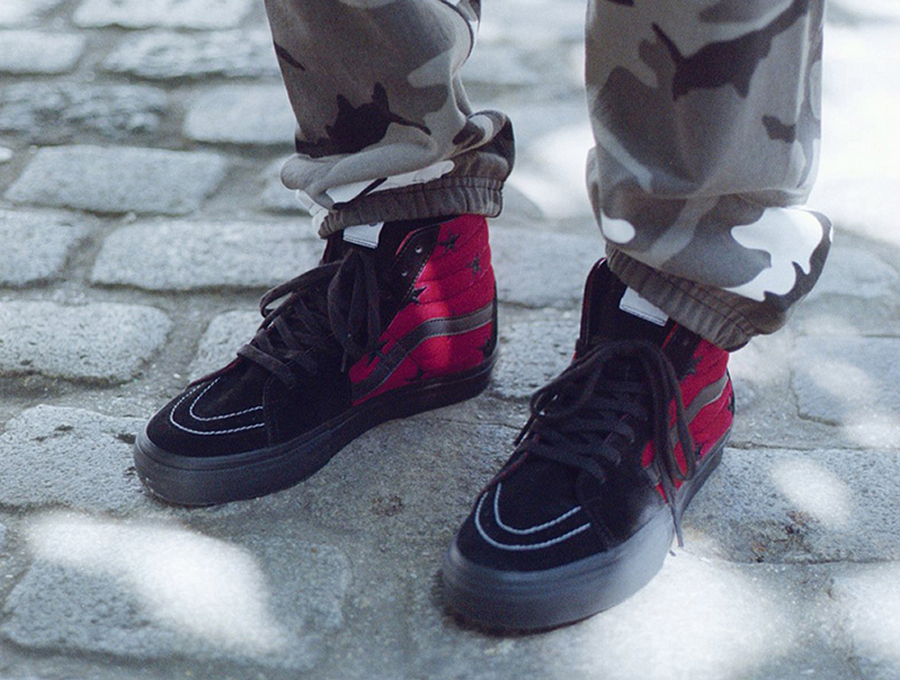 Supreme and Vans connect once again for this September 2013 capsule of footwear featuring the Sk8-Hi and Era. Each model arrives in three colorways anchored by the star-studded velvet sectional on the upper with black suede and soles acting as the standard for each option.  The Supreme x Vans Collection for September 2013 will release this September 12th in-store and online at the Supreme location in NYC, LA, and London followed by a Japan release on September 14th, so flip through the gallery below and stay tuned for the official drop later this week. 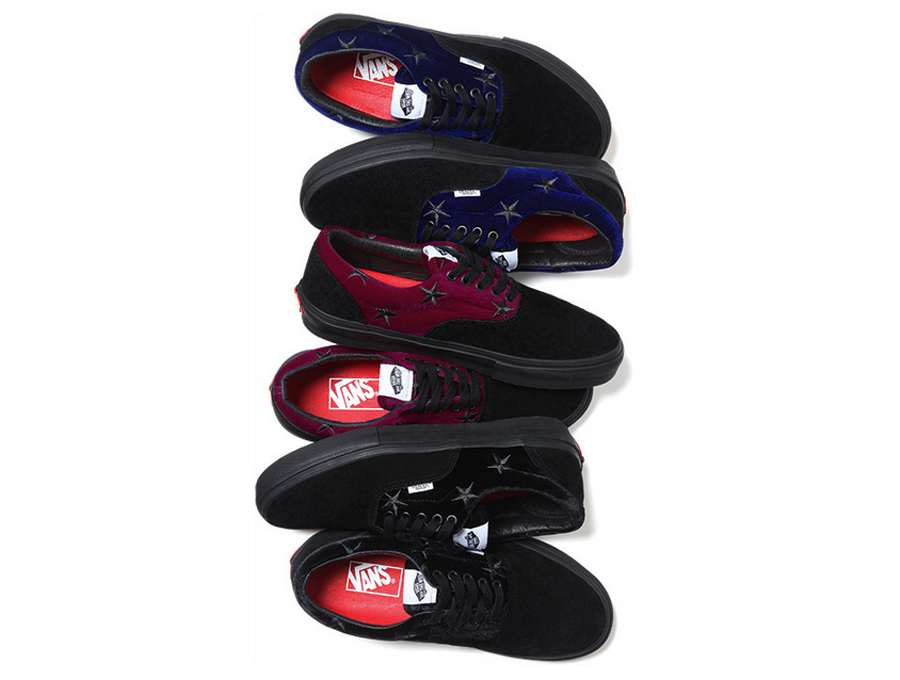 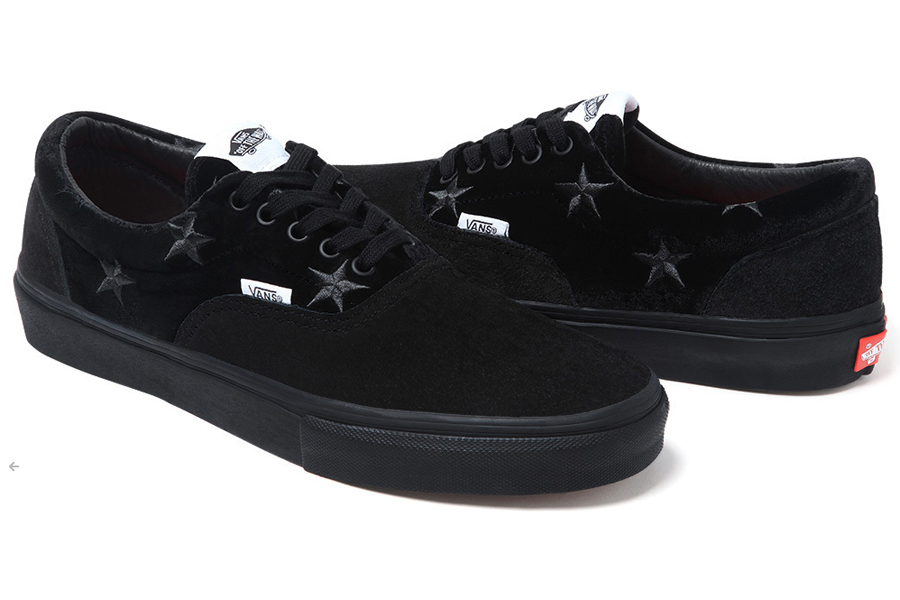 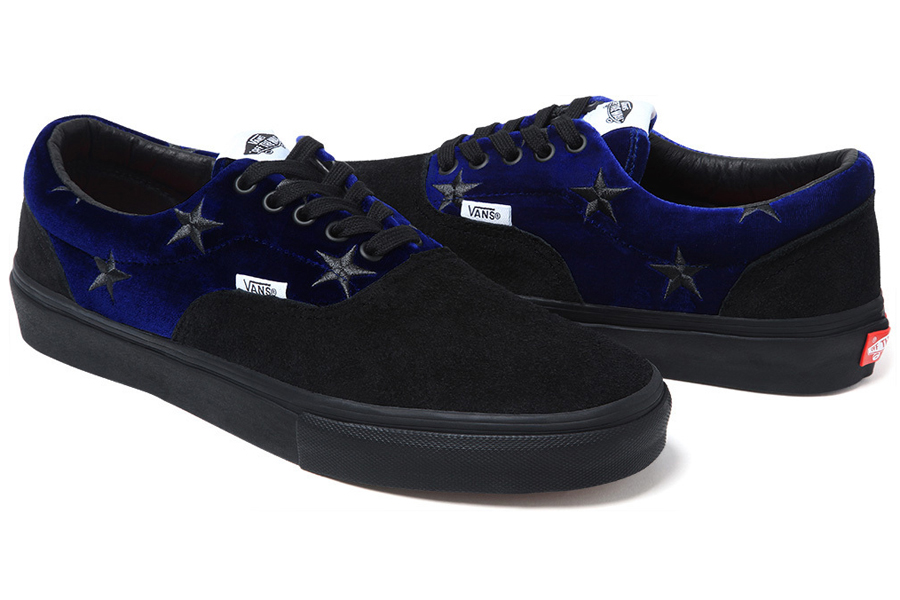 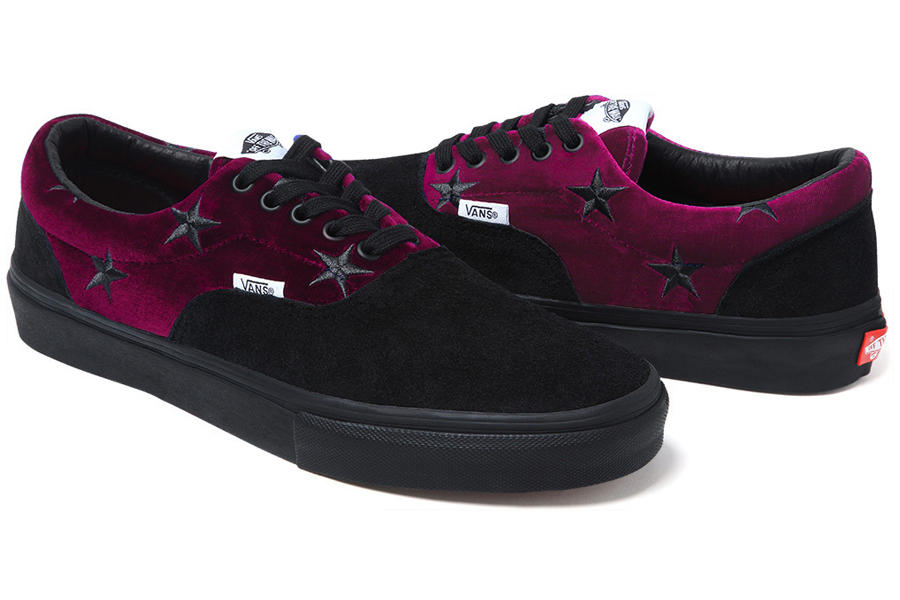 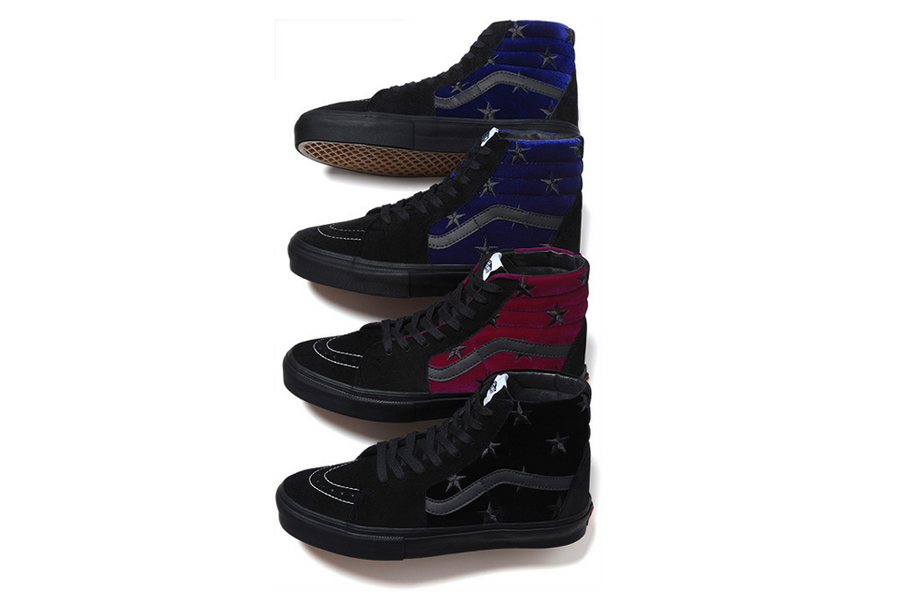 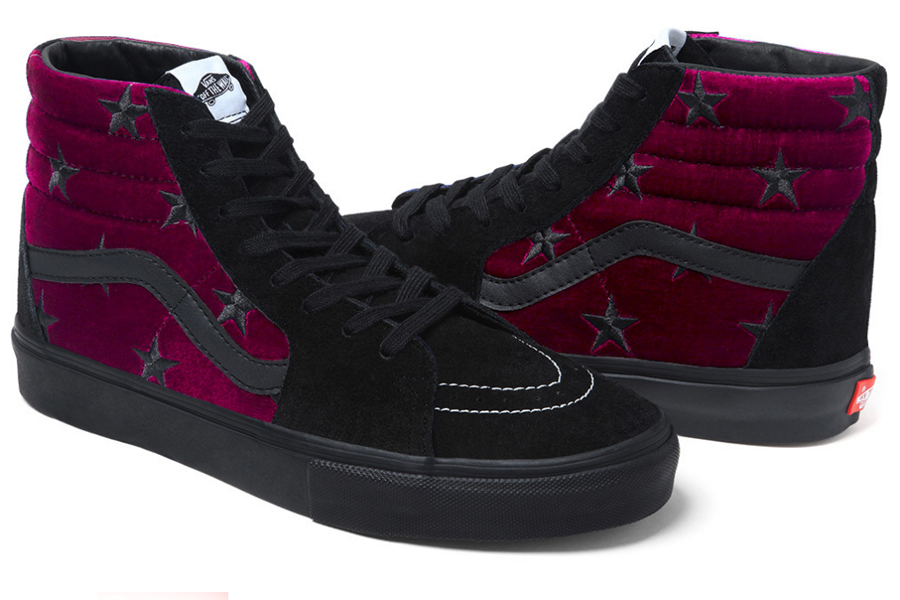 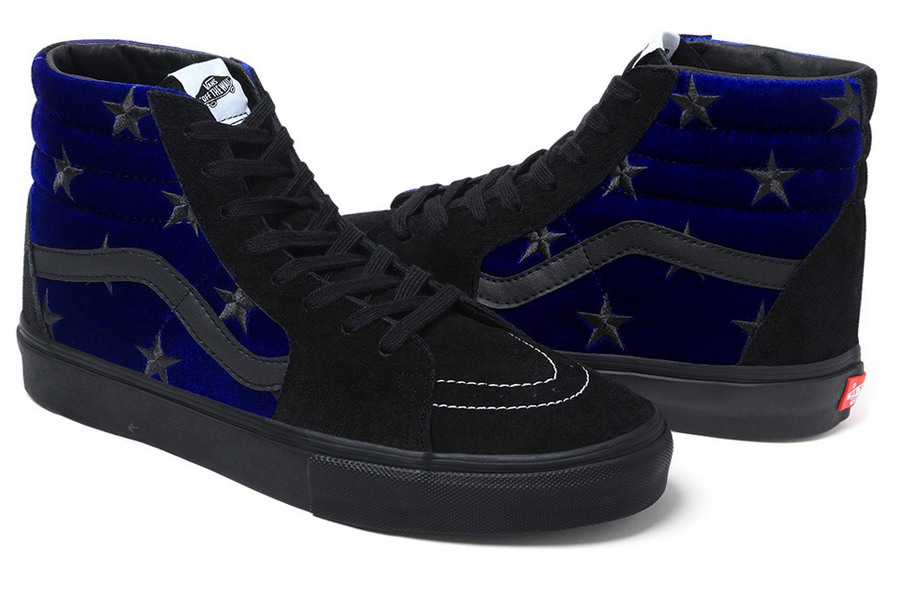 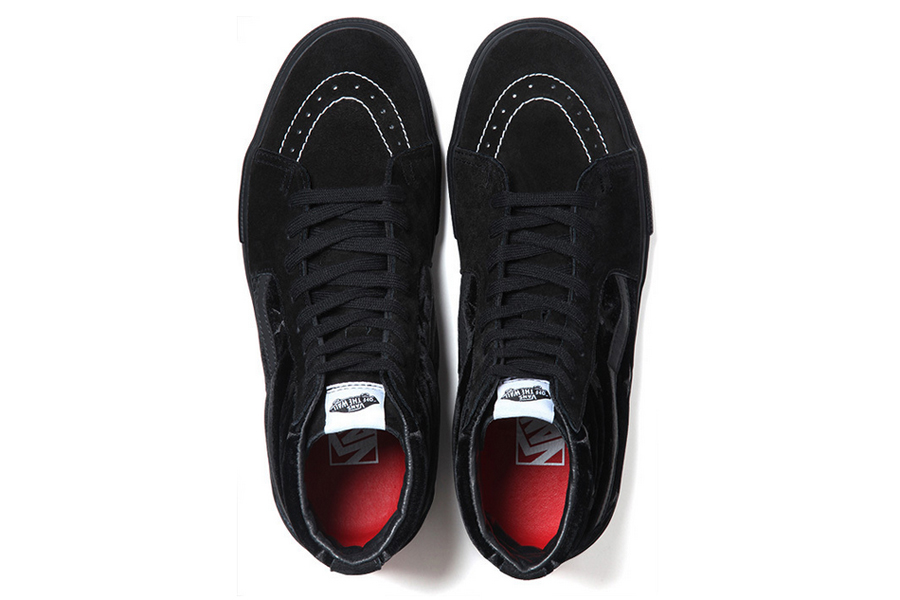