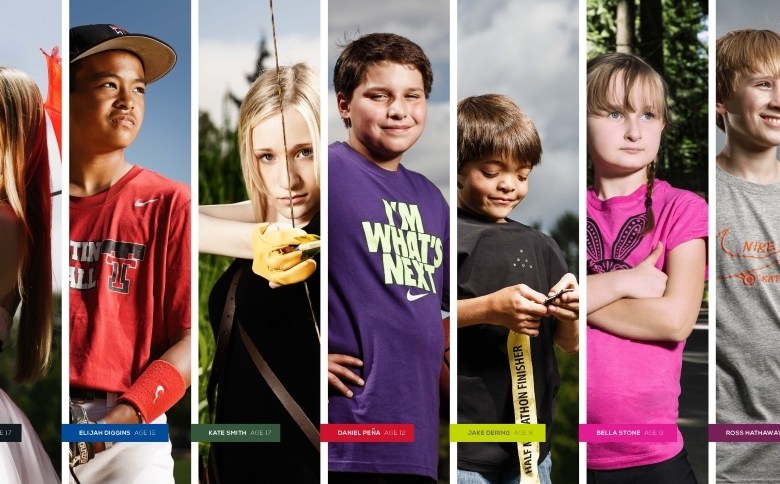 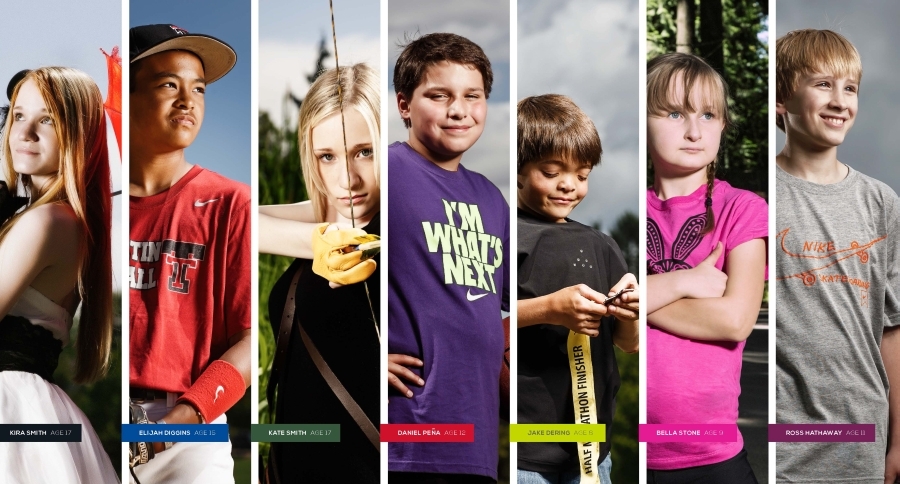 You already saw the Air Jordan 10 “Doernbecher” and the Nike Air Foamposite One “Doernbecher”, but keep in mind that there are a bunch more sneakers and stories to tell from this year’s 10th anniversary collection. There’s the wedge sneaker addition in the form of the Nike Dunk Sky Hi, a shoe that couldn’t be more different from the Nike Roshe Run created by the twin sister of the aforementioned design. There’s the Nike SB Zoom Stefan Janoski, the Nike Free Run 5.0, and a whole batch of apparel to coincide. See the entirety of the 10th anniversary Nike Doernbecher Freestyle group below, read the touching stories of each of the sneakers’ creators, and stay tuned to these pages for the first word on when they’ll release.

Source: Nike INC
Nike and Oregon Health & Science University (OHSU) Doernbecher Children’s Hospital in Portland, Ore. are proud to celebrate the 10th year of the Doernbecher Freestyle Program, a unique collaboration that has empowered 58 young patients through design and raised more than $6 million for the hospital to help expand pioneering research, support clinical care, purchase state-of-the-art equipment, recruit new experts and help cover the cost of care for families most in need.

“It is always a highlight of the year in our world to see the newest Freestyle collection and meet the inspiring kids and talented Nike designers who create it,” says H. Stacy Nicholson, M.D., M.P.H., Professor and Chair Department of Pediatrics, Physician-in-chief, OHSU Doernbecher Children’s Hospital. “We are grateful to Nike for putting resources, talent, and heart into the project for so many years – all for the benefit of kids.”

The partnership between Nike and OHSU Doernbecher began in 2004, inspired by a conversation that Nike Global Creative Presentation Director Michael Doherty, who serves on the Board of Directors of the Doernbecher Foundation, had with his son about a way to raise awareness and funds for the hospital. The idea became for patients to design one-of-a-kind shoes, with proceeds to benefit the hospital.

Beginning that first year and every year since, the Doernbecher Freestyle Project has brought together a group of OHSU Doernbecher patients with Nike designers and developers to create shoes that are truly unique to each patient. It’s a collaboration, but with the patients at the center of the design process—deciding the colors, materials and details for each shoe to reflect their individual personalities and life experiences.

The 2013 Doernbecher Freestyle Collection will include apparel and footwear. The Limited Edition Doernbecher Collection will be sold at www.nike.com and at Nike retail locations across the country later this fall with all proceeds from sales of the collection benefitting OHSU Doernbecher.

In honor of the 10th anniversary, Nike Global Product Creative Director and long-time Doernbecher Freestyle designer Mark Smith also created the Nike Dunk High 10th Anniversary Collection, celebrating all of the patients involved with the program over the last 10 years by featuring their names and glow-in-the-dark elements to symbolize their strength and spirit. Two sets of the collection will be auctioned off at special events in Portland and New York City to benefit the hospital.

Air Jordan Retro 10 and Tee
Daniel is a huge Michael Jordan fan, with an encyclopedic knowledge of every game, every comeback, and every shoe released throughout Jordan’s illustrious career. So when it was confirmed that he’d be designing a Jordan shoe for the collection, Daniel said, “I kind of freaked out.” Like Jordan, Daniel has reinvented himself as an athlete again and again. Because his hemophilia causes problems in his ankle, he frequently changes up his sports so that he can continue to compete. Daniel’s shoe, the Nike Air Jordan Retro 10 is also a story of reinvention. It features a slew of first-ever features, like a modified logo that’s customized just for Daniel. It’s also the first time you’ll ever see a clear outsole on the Jordan Retro 10. The stealthy upper sports a glossy camo print that’s inspired by Daniel’s love of video games. And in a nod to his days riding the BMX circuit, a tire tread races down the heel and straight into the sockliner. 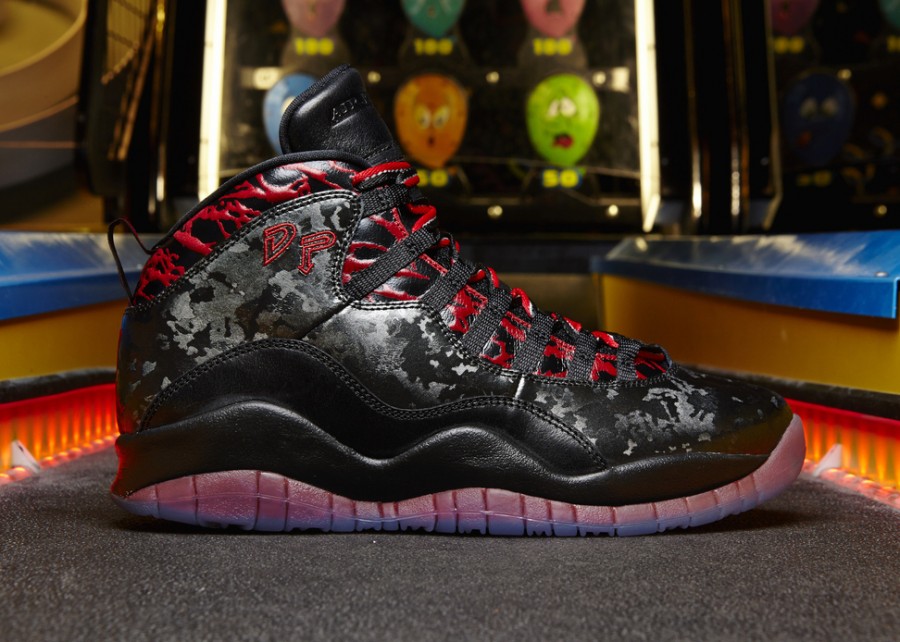 Nike Air Foamposite 1 and Windrunner
Elijah likes to play baseball and says he’s a pretty good pitcher. His baseball team actually won the state championship and his dad is quick to point out all the boards that have been knocked out of their garden shed by his son’s killer throw. Behind his modesty is a tenacious kid with untold reserves of strength who was put to the test last year when he was diagnosed with Burkitt’s Leukemia and underwent a tough course of chemo. When faced with the opportunity to tell his story through the Nike Air Foamposite, Elijah poured his heart into it. His design features his very own smiley-face logo, which turns into his initials when viewed sideways. The fiery red and black palette is a tribute to his favorite athlete, Lebron James. On the tongue, Japanese characters symbolize courage, along with Elijah’s signature. A chain-link graphic on the sockliner is taken straight from his most prized possession—a silver bracelet that was a gift from his parents when he began chemotherapy. For Elijah, his design is a very personal thank-you note to the place that he credits with saving his life. “When I was in the hospital, I kept thinking ‘Doernbecher has done so much for me—how am I going to give back?’”

Nike Zoom Stefan Janoski and AW7 Crew
Not only can Ross land a 180 on his skis and pull some pretty cool moves on his skateboard, he even has black belt in Tae Kwon Do. Pretty impressive for any kid—especially impressive for one who has lived with cystic fibrosis since he was in kindergarten. But instead of letting it slow him down, Ross and his family have thrown their energy into raising money for cystic fybrosis research. Now Ross is excited to share his passion and story with a far larger market—one that’s going to be clamoring for his Nike Zoom Stefan Janoski skate shoe. He says he carefully considered his audience when coming up with the design. “As a skater, I thought a lot about how it would look against the board,” he explained. The result is a shoe that Janoski himself would be proud to roll in. The uppers feature dimensional pops of color inspired by the crystals in Ross’ rock collection. You’ll find a pair of lungs on the outsole; inside, a digital rose is a nod to 65 Roses, (which is what some kids call their disease since it’s easier to pronounce.) And just for good measure, Ross threw a couple of palm trees around the logo to reflect his love of tropical places.

Nike Dunk Sky Hi and Tank
Kira loves frills and lace, performance and poetry. At 17, she’s already an accomplished dancer and an aspiring designer with an impressive portfolio of sketches. And though she may sometimes be mistaken for her identical twin Kate, there’s no mistaking her one-of-a-kind Nike Dunk Sky High. Inspired by her love for Victorian fashion and a playful fascination with Alice in Wonderland, Kira’s one-of-a-kind Nike struts its stuff with lace embossing, ribbon laces, and a corset detail up the heel. The outsole features Kira’s hand-drawn graphics and a quote from a certain Cheshire cat that reads, we’re all mad here. Kira said proudly, “It’s been an honor to represent patients with mental illness.”

Nike Roshe Run and AW77 Hoody
Kate is a gentle 17-year-old with a warrior’s heart—she loves her medieval sword collection and bow and arrow set. Kate’s shoe, the Nike Roshe Run, is the ideal choice for adventurous getaways. The black leather is a nod to the biker jackets she favors; the side panels are her favorite shade of forest green. She added a few rhinestones for extra bling and an embossed coat of arms that features a mythical phoenix clutching Kate’s sword. But the words on the back sum up Kate best: You are stronger than you think you are. “Strong, fierce women like Joan of Arc are some of my favorite role models,” she said. Kate knows a thing or two about overcoming adversity. After battling Obsessive Compulsive Disorder with her twin sister Kira, she emerged victorious from the experience and determined to shed light on the disease, battling the misconceptions head on.

Nike Free Run 5.0 and AW77 FZ Tee
Bella is spunky, ambitious and outgoing. But more than anything, she’s a miracle, who wasn’t expected to survive when she was born. Twenty surgeries and one brand new kidney later, she plans to defy the odds even more by becoming the world’s first combination singer-doctor-actor-dentist. Bella approached the design of her shoe with the same unstoppable energy. Her custom kicks have pink sparkles, rainbow colors and a big heart with a kidney-shaped accent that’s meant for her Aunt Krissy, who donated one of her kidneys when Bella was just two years old. Other sweet details include a “B” surrounded by 20 hearts; one for each of her surgeries. The words Live, Dream, Hope and Faith circle the outsole, and an embroidered microphone reflects her passion for music. “I love to sing! I know most of the Broadway musicals by heart,” she explained.

Nike Free Run 5.0 and AW77 FZ Hoody
After enduring 19 surgeries to treat a rare genetic condition called Otopalatodigital Syndrome type II, Jake has earned the right to strut a little. Jake is known as a smooth operator on the dance floor and his unique version of the Nike Free Run 5.0 is ideal for fresh moves. Lenticular materials throughout the shoe give it the appearance of constantly being in motion—just like Jake. He offers some words of advice on the sockliners: one side reads Be Brave, while the other reads Never Give Up. And around the ankle collar, Jake’s can-do attitude is summed up with the simple phrase, I wasn’t made to fit in, I was made to stand out. Even the name of the shoe is significant to Jake. “I just really want to be free of all this stuff,” he explained. “No halo, no cast, no crutches.” Next May, another surgery is planned to add 3.5 inches to his right leg. Until then, he’ll continue rocking his own pair of custom Free Jakes.