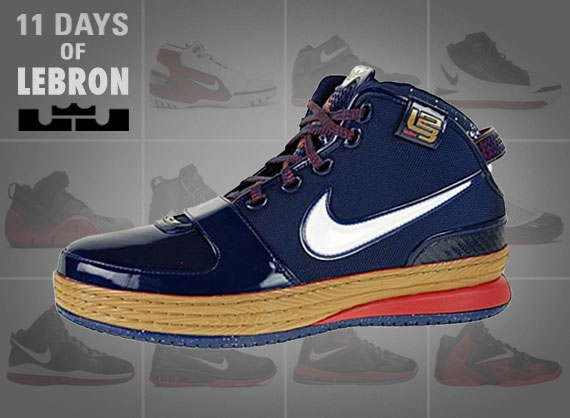 We’re exactly at the halfway mark for our 11 Days of Nike LeBron series, bringing you through LBJ’s first five signature offerings from Nike. Next in line is the Nike Zoom LeBron VI, a shoe that sports one of the more conventional shapes across all of his silhouettes. In fact, the overall shape is sort of an off-handed ode to the Nike Air Force 1 High. That familiar shape certainly played a part in the notched up off-court presence that the LeBron 6 brought to the line. The sneaker further slimmed things down (To 16.8 ounces to be exact) as the overall weight for the Nike LeBron line continued to fall from the high-point that was the Zoom LeBron IV. Gone was the foot-bucket system and in place was a slightly more conventional cup sole set up.

Familiar themes came back for the Nike Zoom LeBron VI: the “Dunkman” showed up, a couple of select schools were given their own PEs, and the Cavs colors stayed in rotation. But the growing demand for his line meant that ever more had to be concocted in order to keep interest up. There was a “United We Rise” patriotic looking pair to celebrate James’ first trip to the Olympics. There were the tough-to-track-down “Hardwood Classics” pairs. There was the Stewie pair that looked an awfully like like a certain Family Guy character. And who could forget the first ever pair coinciding with an MVP award for LeBron James? Get a look at those below, let us know where the LeBron VI ranks as far as all-time release for the LeBron line, and check back in tomorrow for the next episode of 11 Days of Nike LeBron. 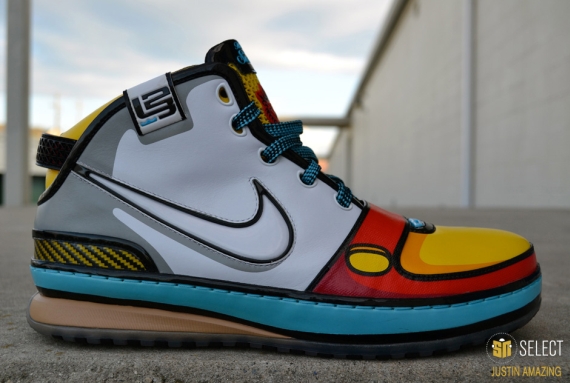 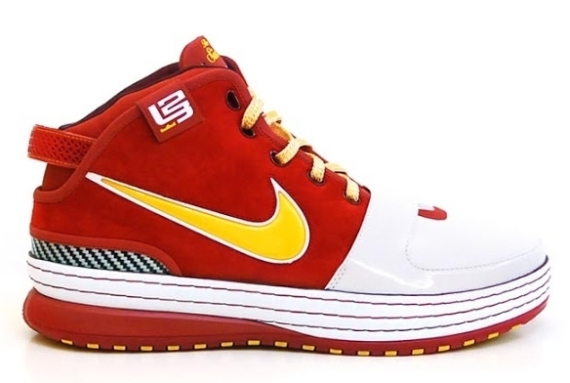 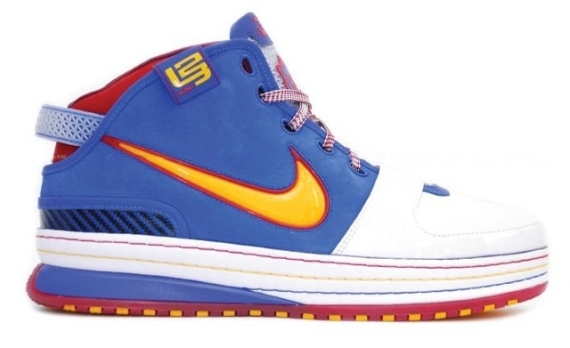 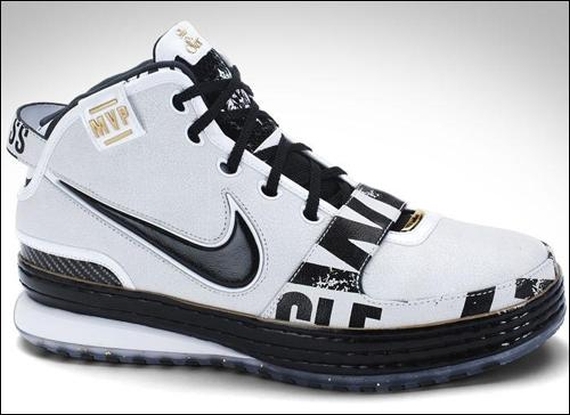 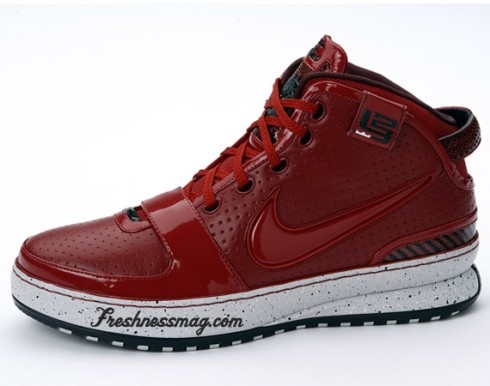