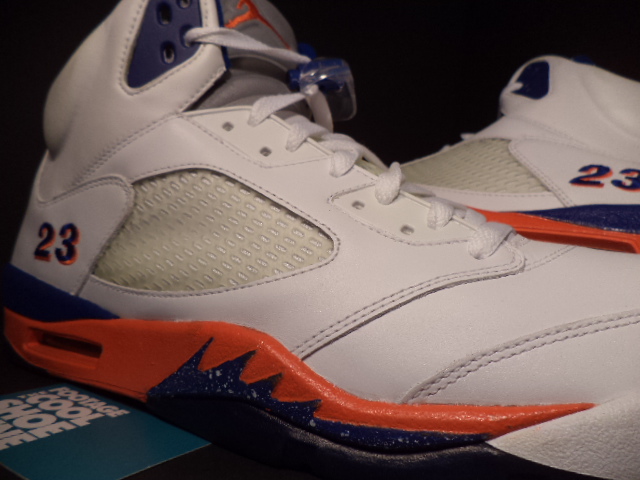 Over the course of his twelve season NBA career (thirteen if you want to include the 29 minutes he logged for the Knicks last year), shooting guard Quentin Richardson amassed a collection of Air Jordan PEs that would make anyone not named Ray Allen or Mike Bibby insane with jealousy.  Q-Rich’s sneaker closet is filled with unreleased colorways on some of the greatest models, and includes plenty of pairs from his first time around with New York.  This Air Jordan V PE was made back when Richardson was wearing number 23 for the Knicks, its white leather upper having been made for home games at MSG.  Let us know where these rank among the greatest Jordan PEs after you’ve seen more photos below, then make an offer on the pair currently available from thecoolshoeshine on eBay. 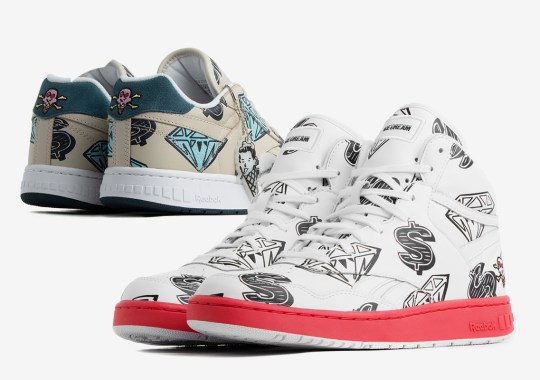