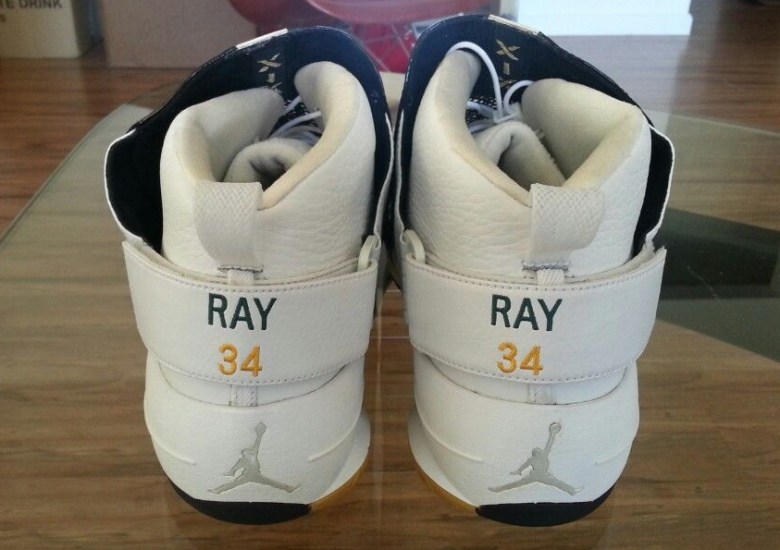 What jersey will hang above the name Ray Allen‘s name in the Basketball Hall of Fame? There’s the argument that his shot in the 2013 NBA Finals deserves a Heat reference in the Hall, or his first title with the original Boston Celtics Big Three should have a kelly green jersey added. When thinking of Jesus Shuttlesworth in the NBA, one of his more forgotten stints would be his time with the Seattle Supersonics. His PEs from that era were fairly diverse, and this Air Jordan XIX furthers that point thanks to a mismatched black patent leather on the toebox and mesh cage while a mustard yellow appears in accents. While his Air Jordan XIX SE featured a more Sonics ready theme, this pair gets a simple ‘Ray 34’ stitching on the back heel strap. What do you think? Hit the click for more and pick up this rare player exclusive via deadstock.la on eBay.