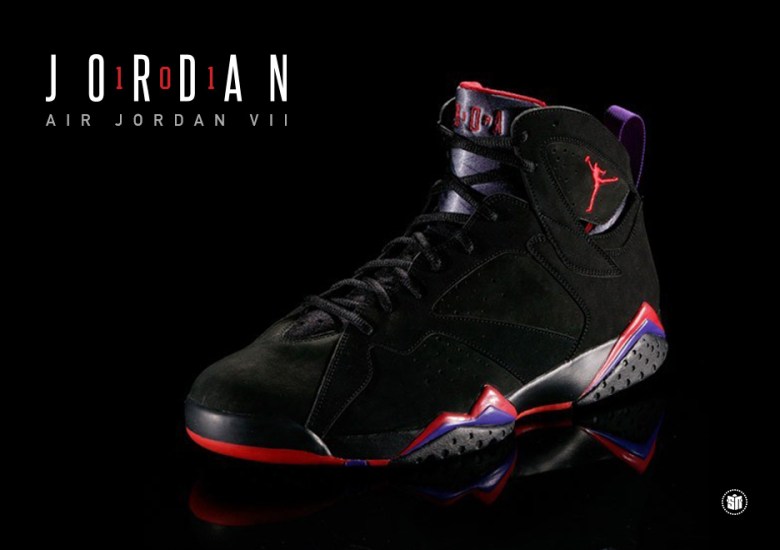 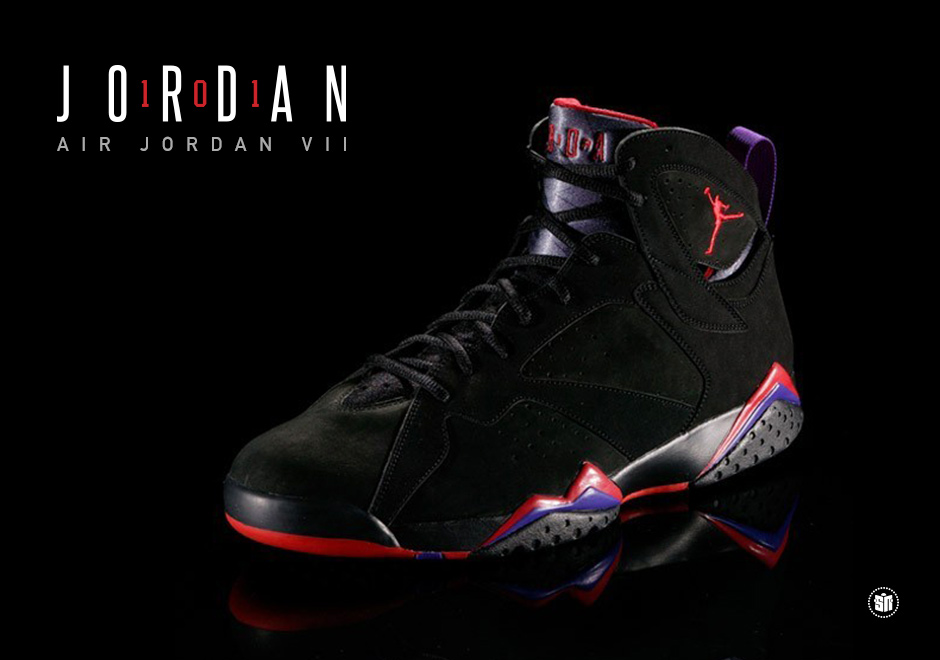 Coming off his first NBA championship while wearing one of the hottest Air Jordans yet, Michael Jordan and Nike were ready to debut the seventh signature shoe for the 1991-92 season. What Tinker Hatfield, Nike, and MJ came up with was a more simplistic and significantly important model to Air Jordan history—and especially the building of Jordan as its own brand.

Inspired by the new minimalist approach of the Huarache line he created, Tinker crafted a no-frills design for the Air Jordan VII—a departure from the visible Air, clear outsoles, lacelocks, and other bells and whistles of the Air Jordan III-VI. So why was the Air Jordan VII such a low-key, yet vital member of the Air Jordan line? Continue reading for all the essential facts on Michael’s seventh signature shoe. 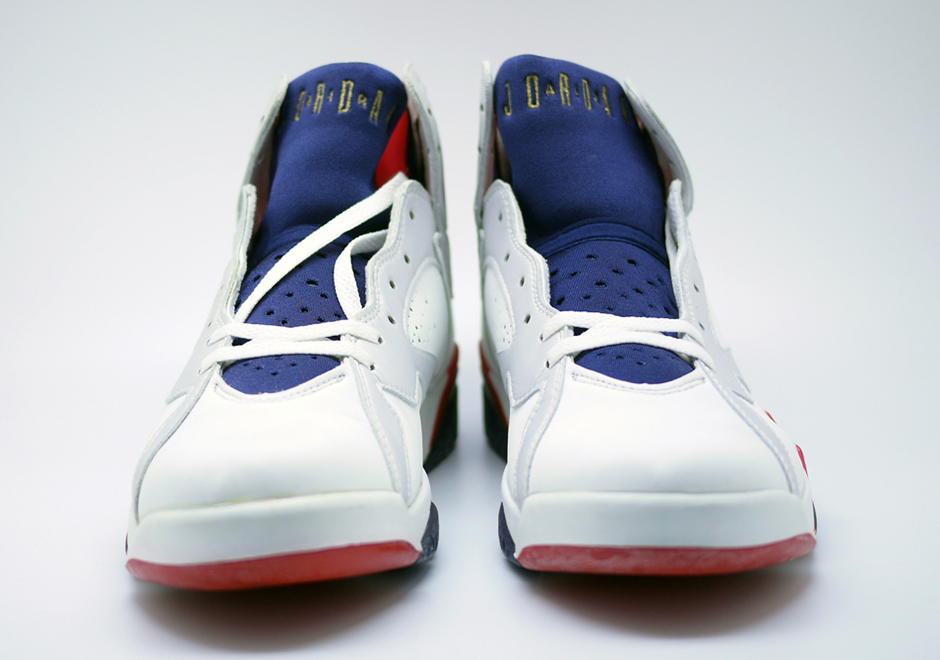 Air Jordan + Huarache
The Air Jordan VII’s minimal design is thanks to Tinker Hatfield’s then-new Huarache technology. Fitting in with the design ethos of the rest of the Huarache line, the Air Jordan VII featured a neoprene inner bootie with die-cut ankle support and an overall lightweight design. The AJ7 was the first and only Air Jordan to receive a prominent Huarache design, but the foot-hugging bootie would carry over to the XIII and IX. 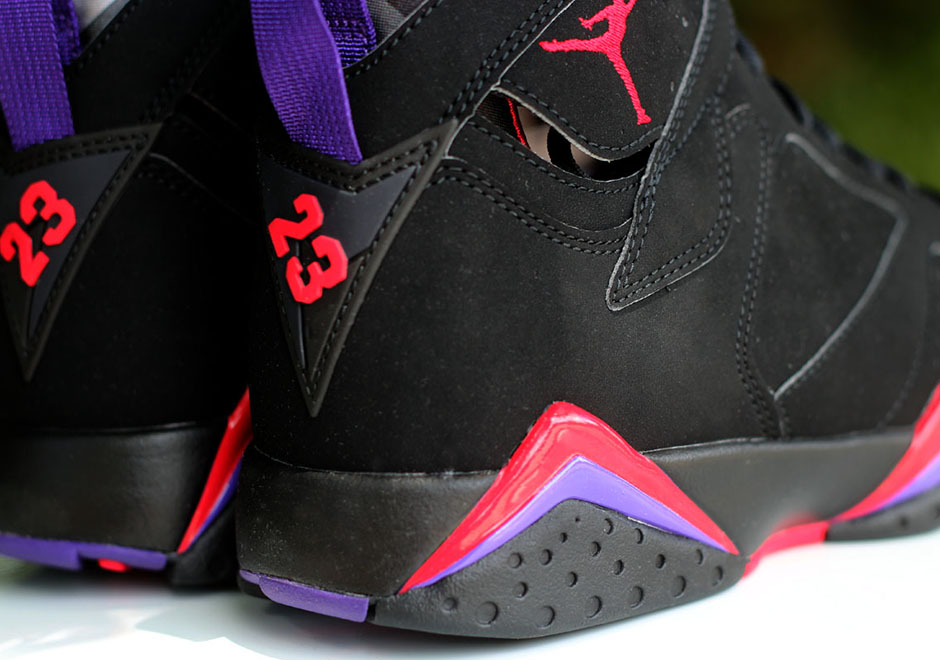 Departure From Visible Air
Unlike the Air Jordan III-VI, Tinker opted for no visible Air unit on the VII, contributing to its minimal and lighter-weight design. We wouldn’t find visible Air on any Air Jordan until the XVI and XVII, and on those you had to look for it pretty closely. In hindsight, the departure from Nike’s signature branding on the VII would lead us to believe it was a conscious effort to separate the Air Jordan line from other Nike shoes. Which leads us to our next point… 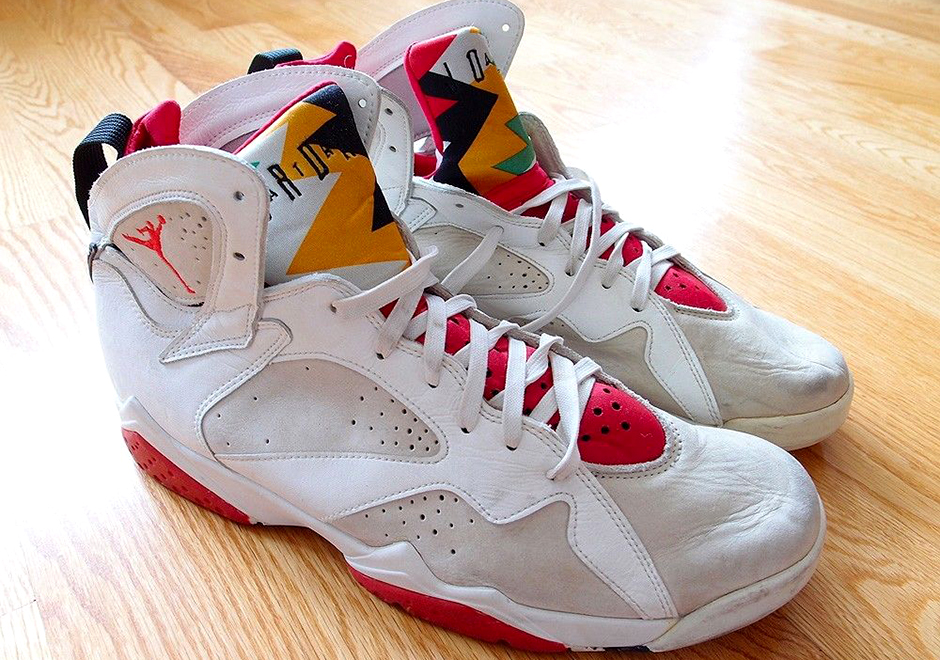 First Air Jordan With No Nike Branding
You may be thinking, “What about the Air Jordan II?” But even the II had “NIKE” on the heel, whereas the VII had nothing but Jumpmans and the “Air Jordan” tongue logo. No Nike branding was a deliberate decision by Tinker, who felt that the Air Jordan line could grow on its own without being so closely associated with Nike. Boy, was he right. Although a subtle move, this was a major step for the eventual formation of Jordan Brand. 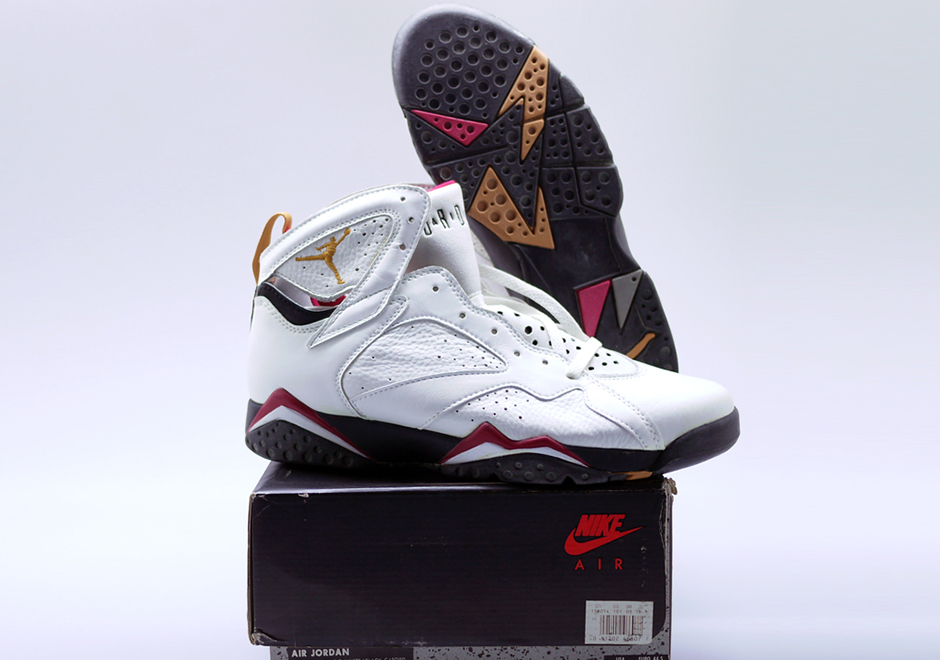 African Tribal Inspiration
While the VII’s design was kept minimal performance-wise, the aesthetic design inspiration for the Air Jordan VII was the busiest yet in the Air Jordan series, influenced by African tribal artwork and prints. The geometric shapes of the African art were mimicked in the lines of the upper, and especially in the signature multicolored tongue print and outsole design. Topping it all off is the shield-like 23 logo at each heel. 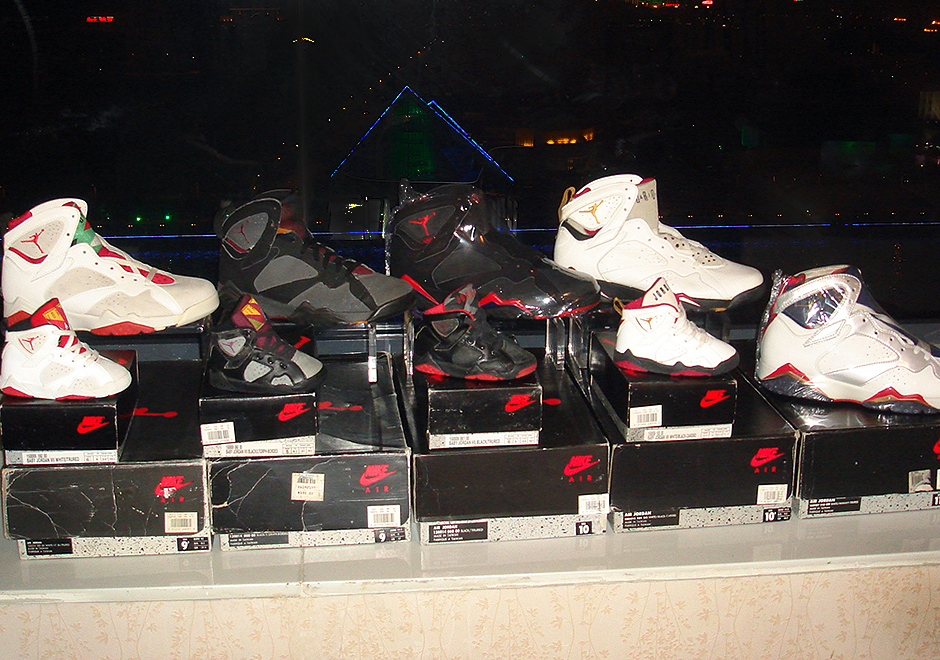 Five Original Colorways
The Air Jordan VII came in five original colorways, with some of the most unique color combos in the Air Jordan line yet. Throughout the 1991-92 regular season MJ could be spotted in the white-based “Hare” and “Cardinal” colorways before switching to the Black/True Red version for the playoffs. He was also spotted in the “Bordeaux” version for the 1992 All-Star Game (as well as in Michael Jackson’s “Jam” music video). Then the summer of ‘92 brought us the Olympic colorway. This meant that unlike some previous Air Jordans models, MJ wore every OG colorway on court. 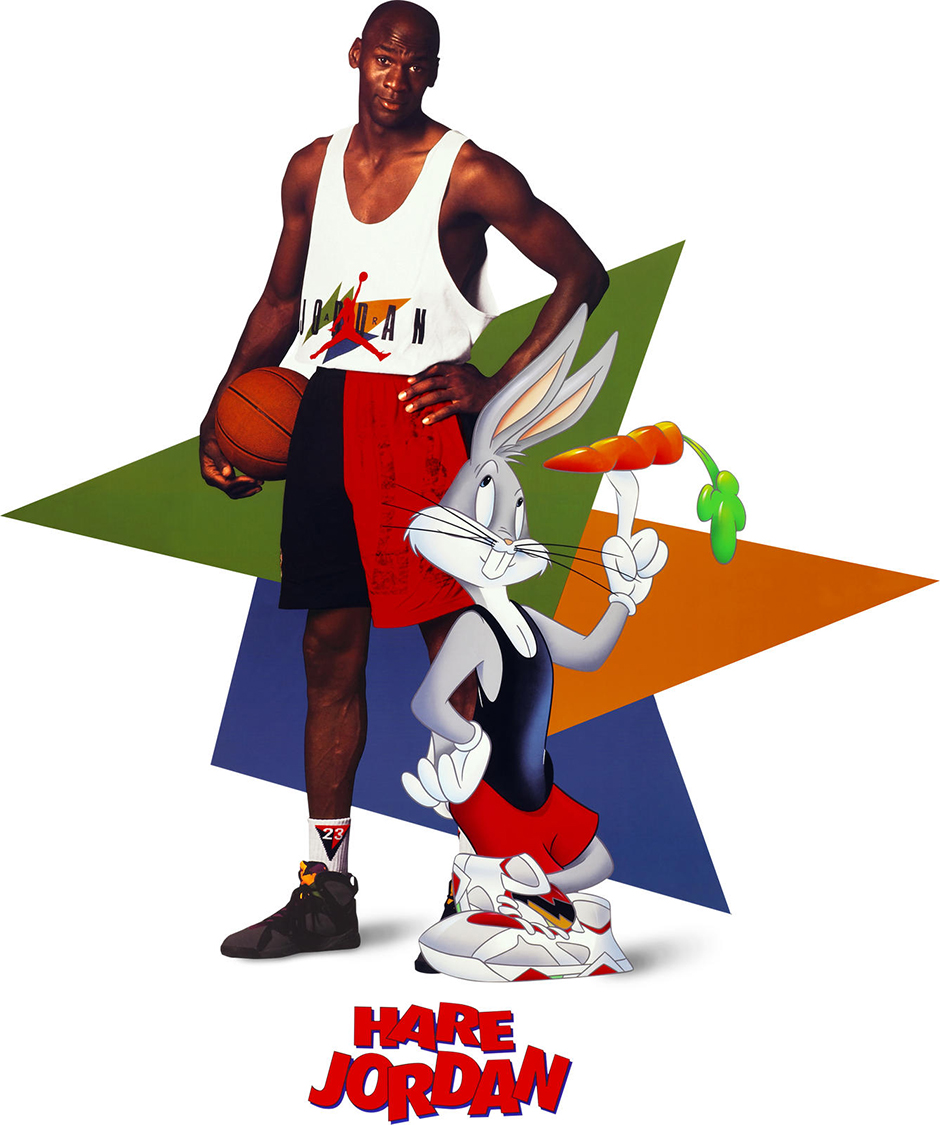 Introducing Bugs Bunny
The Air Jordan VII’s ad campaign introduced Bugs Bunny into the world of Air Jordans, for one of the line’s most memorable ad campaigns ever. With a number of Air Jordan 7 Retros releasing this year, including the “Hare” colorway named after Bugs, Jordan Brand announced that the “wascally wabbit” will be back for another run this summer.