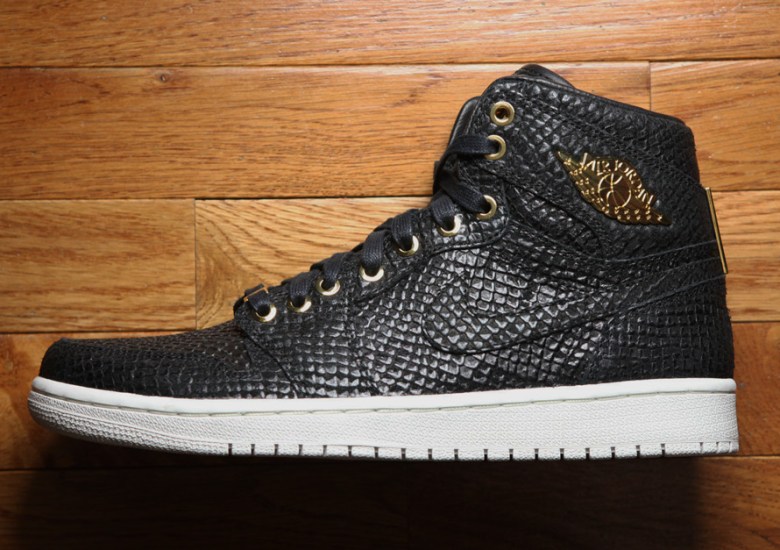 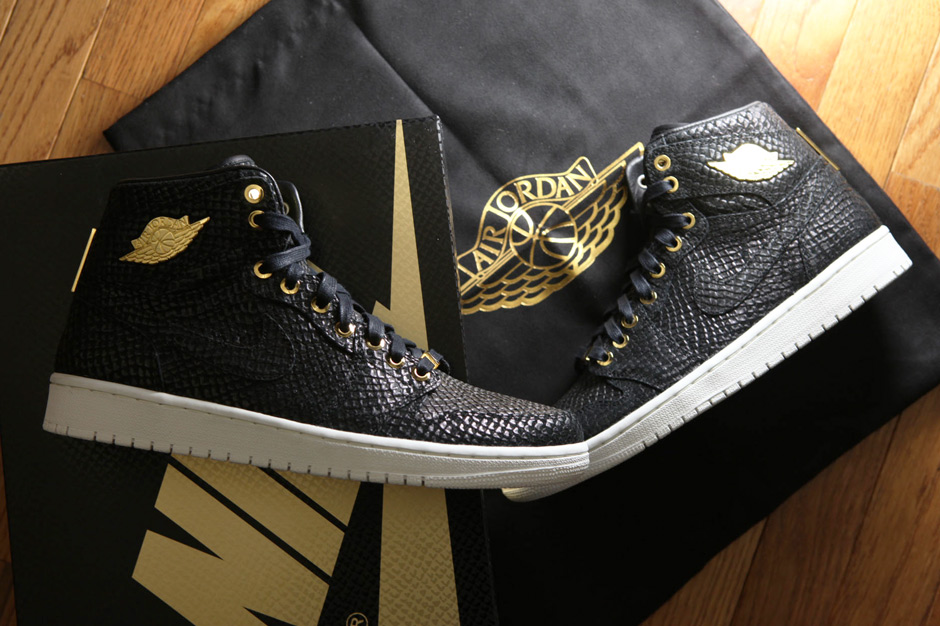 Jordan Brand’s apparent need to expand even further into the lifestyle category has had its ups and downs within the span of the last year. There was the abject failure of the Jordan Shine, a sneaker that was in complete contrast to the success of the much more reasonably priced Jordan Future. But the Jumpman proved a point – they were willing to experiment further into off-court styles while referencing the silhouettes that earned them so many fans in the past. Michael Jordan and Nike completely changed the face of the footwear industry, building it up to where it is today. The idea of a signature sneaker was created by Sonny Vaccaro to convince Jordan to sign with Nike in the first place, and now here we are three decades later seeing a once heralded performance model in the Air Jordan 1 almost worn exclusively for lifestyle use. So how did Jordan Brand respond to celebrating thirty years of Mike’s first signature sneaker? By outfitting the silhouette in synthetic snakeskin with real 24K gold accents throughout.

Initially debuted at All-Star Weekend in what many considered a ‘Brooklyn’ rendition, the three pairs never appeared at retail until this past weekend at Jordan Brand’s launch of their Las Vegas Flight 23 store. The shoe epitomizes the somewhat unnecessary luxury of Las Vegas, but at least it can boast a purpose under the guise of the brand’s 30th anniversary celebration. Gone is the embossed Wings logo for a metallic pendant, as the heel displays ‘1985’ and ‘MJ23’ in a gold-brick medallion. The attention to detail takes the Remastering process a step further, but whether this limited edition Air Jordan 1 is worth the $400 price tag continues to be up for interpretation. Be sure to check out an exclusive set of photos below.

The Air Jordan 1 “Pinnacle” released over the weekend at Jordan Brand’s Flight 23 Las Vegas store and will arrive at select spots on June 20th, 2015 for $400. 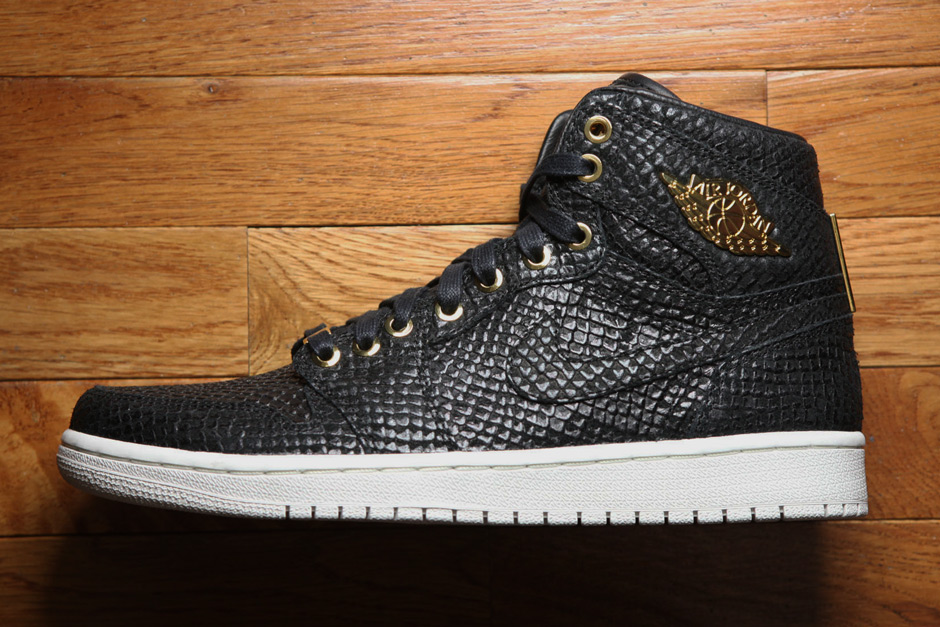 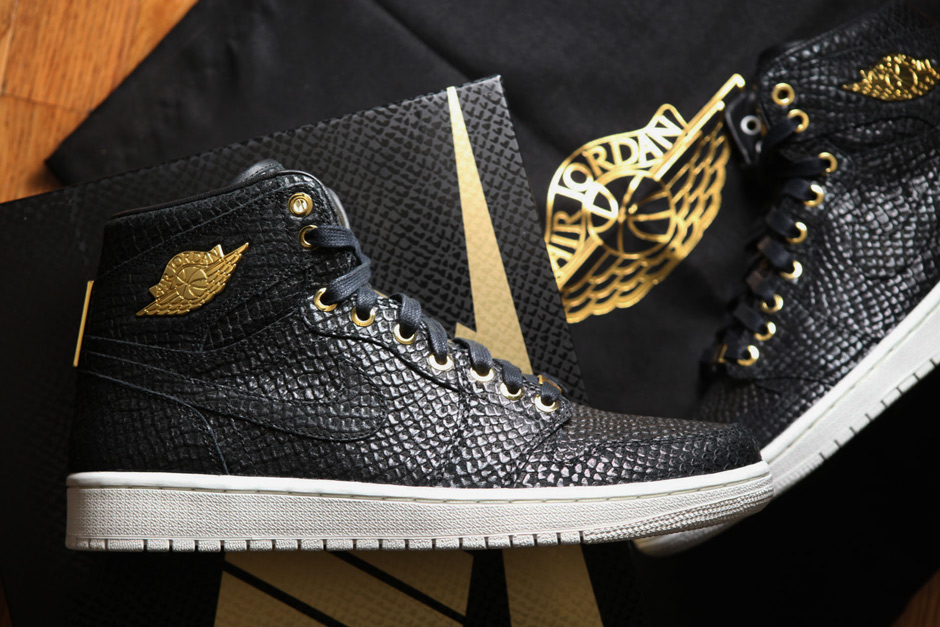 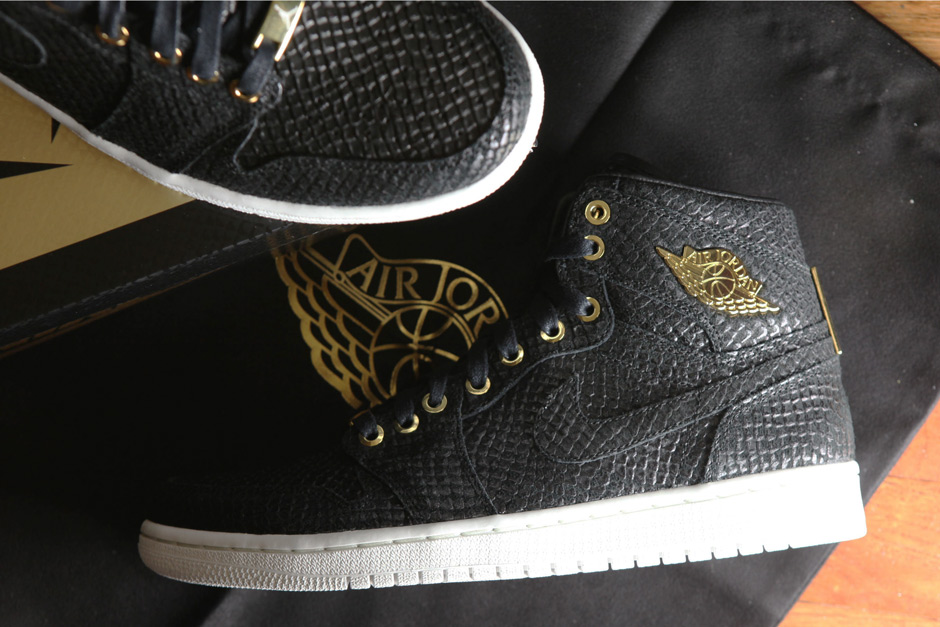 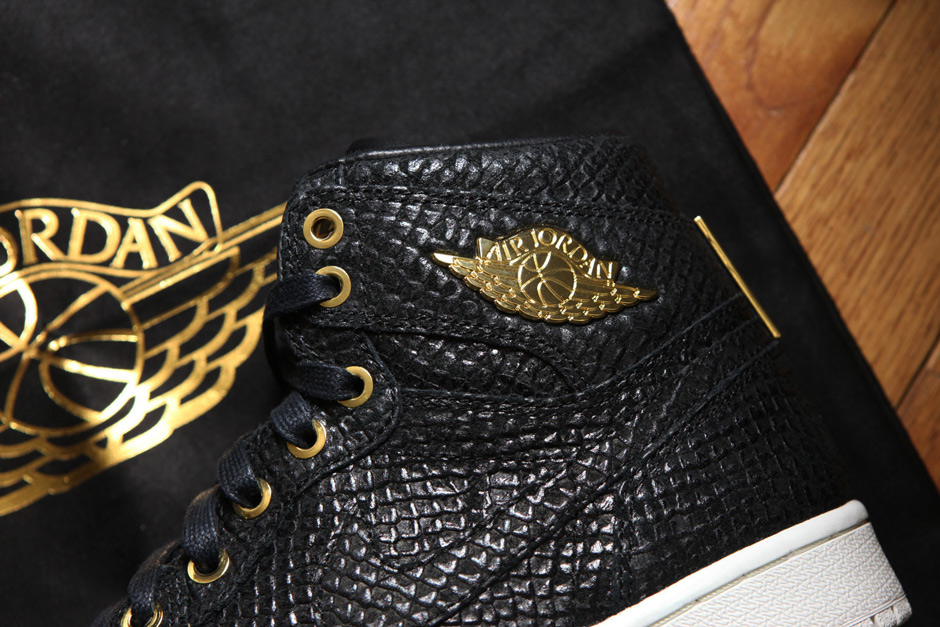 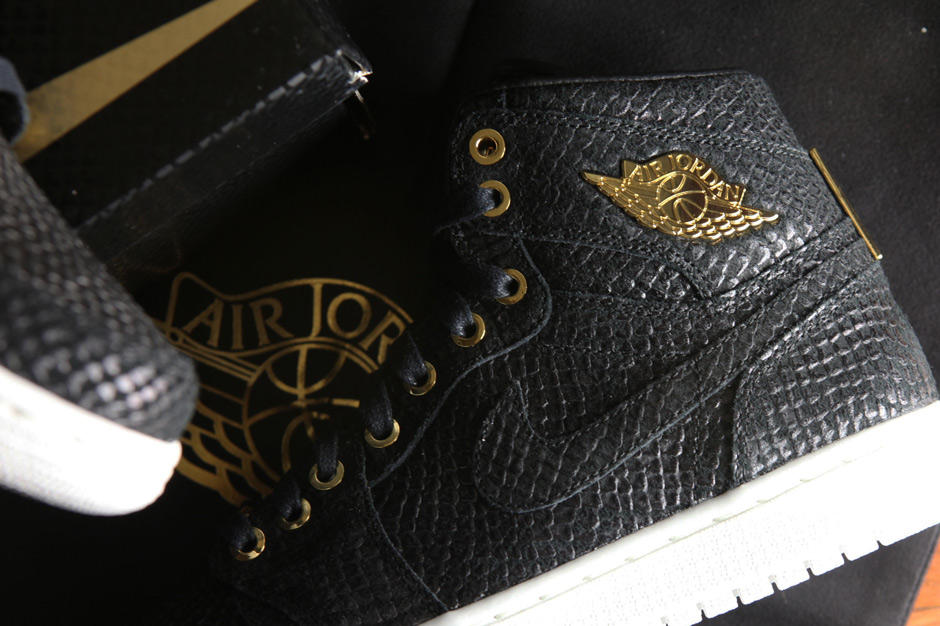 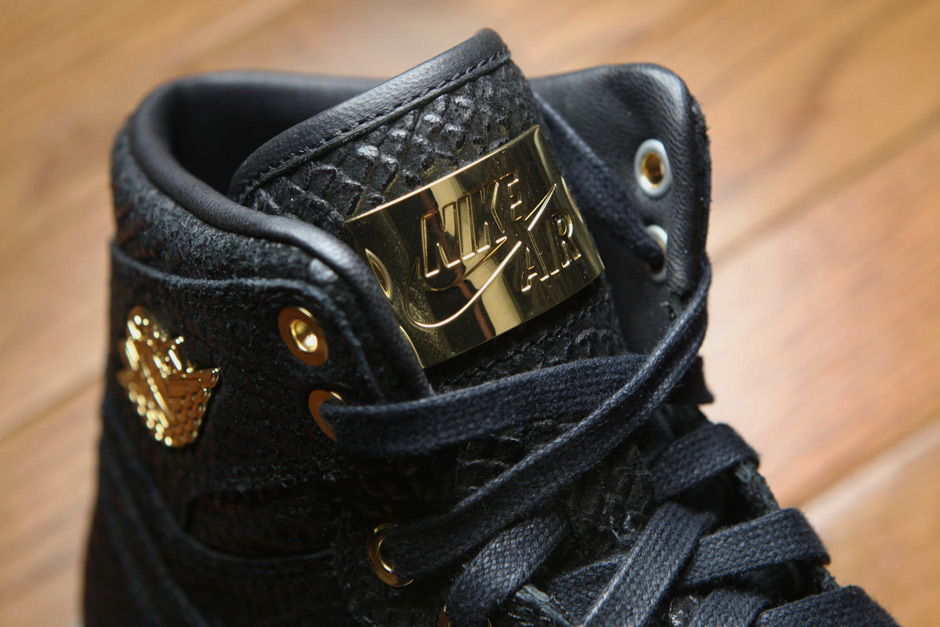 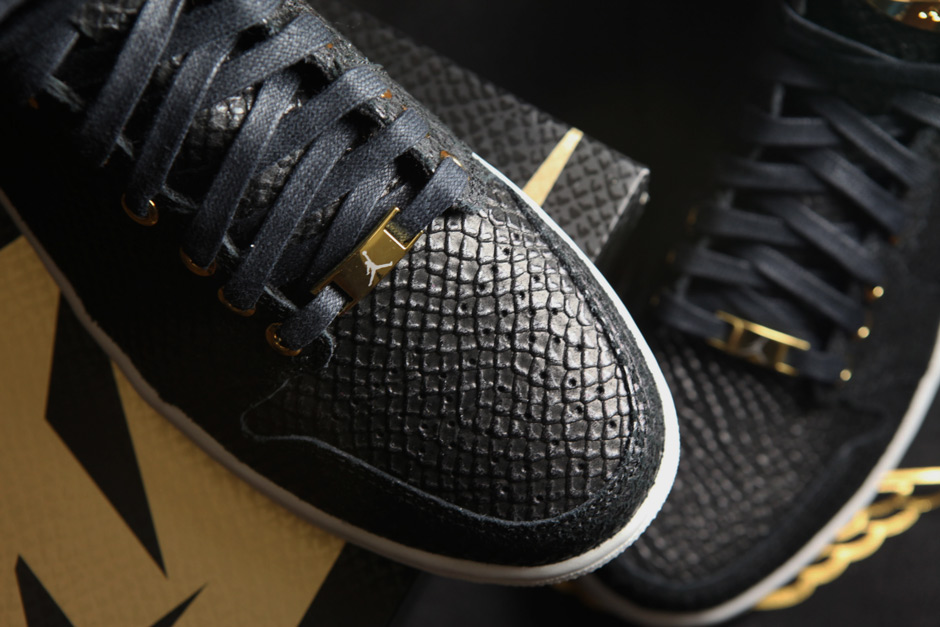 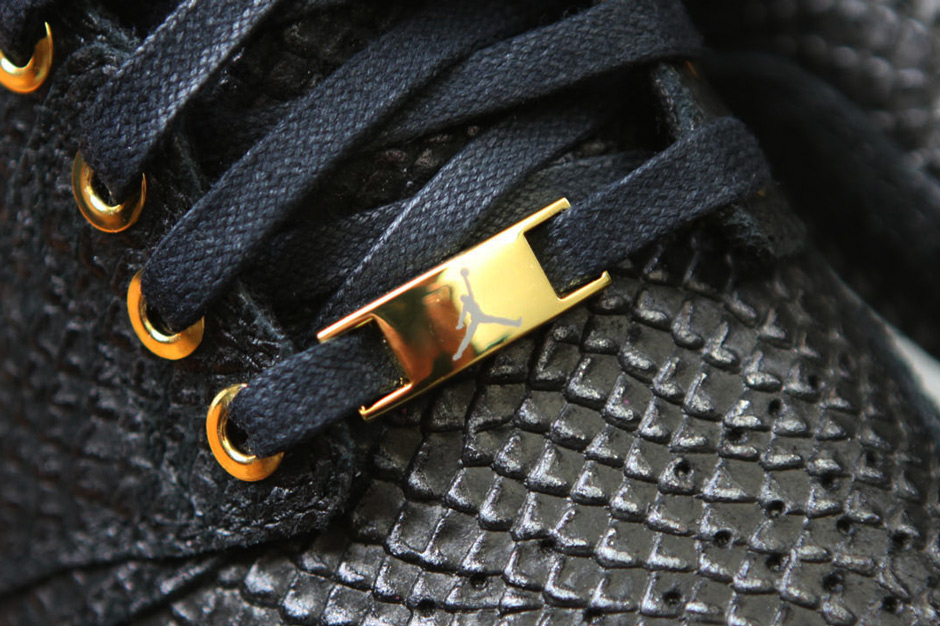 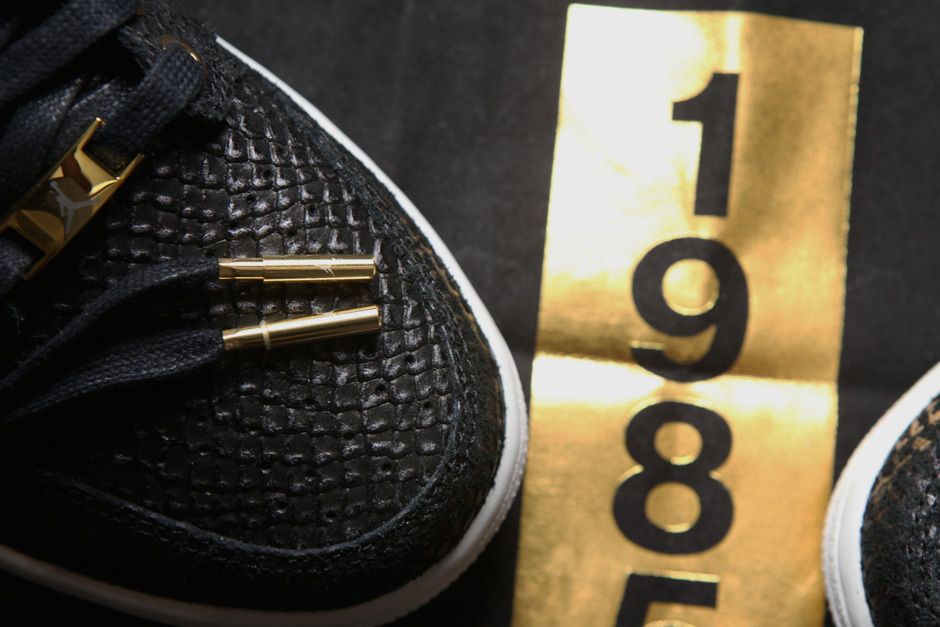 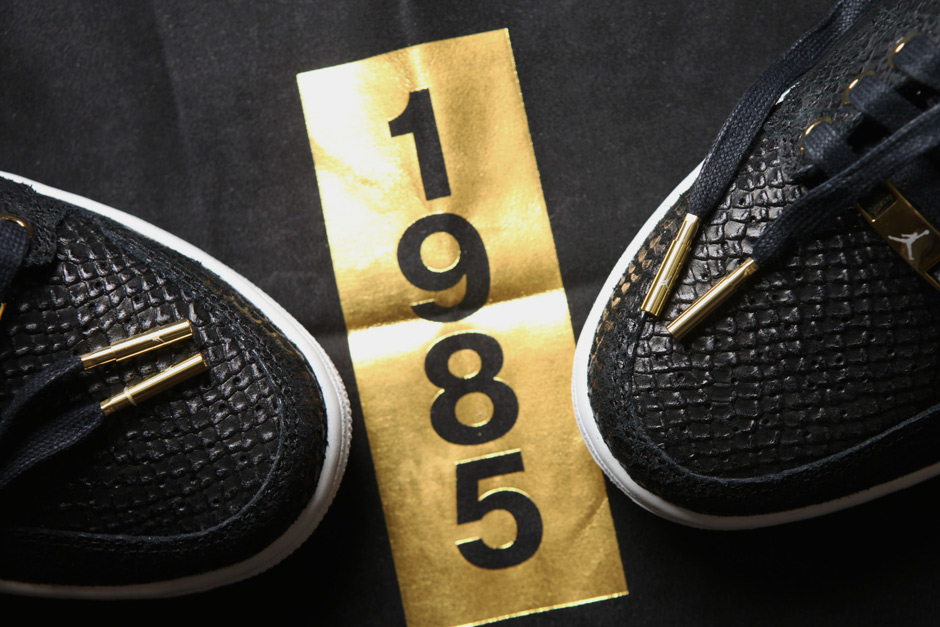 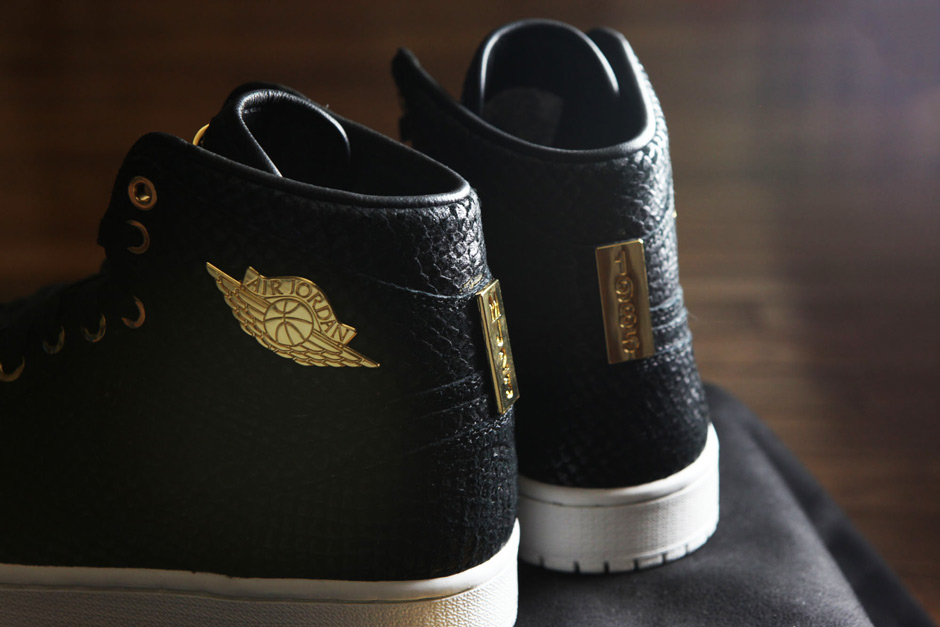 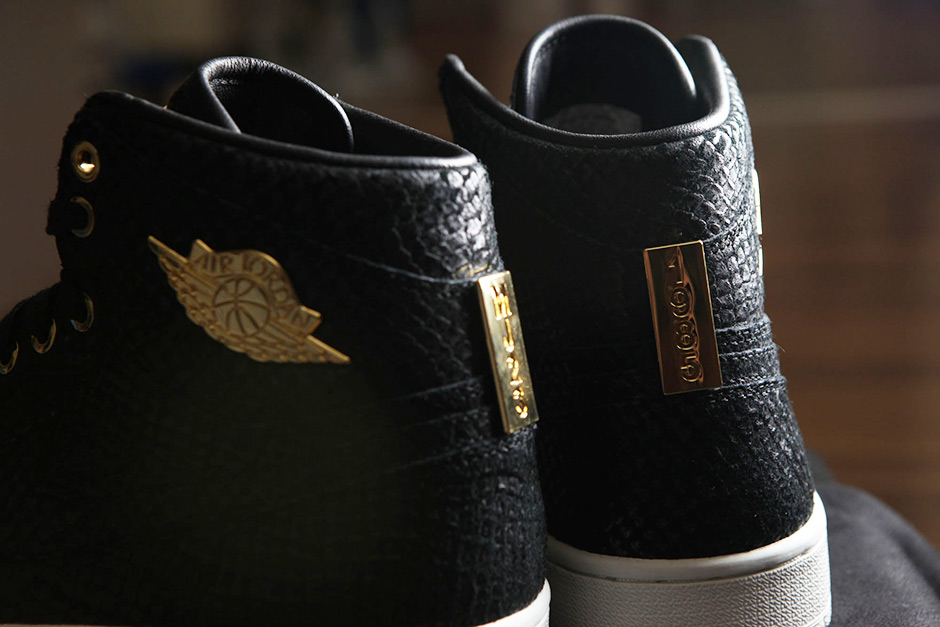 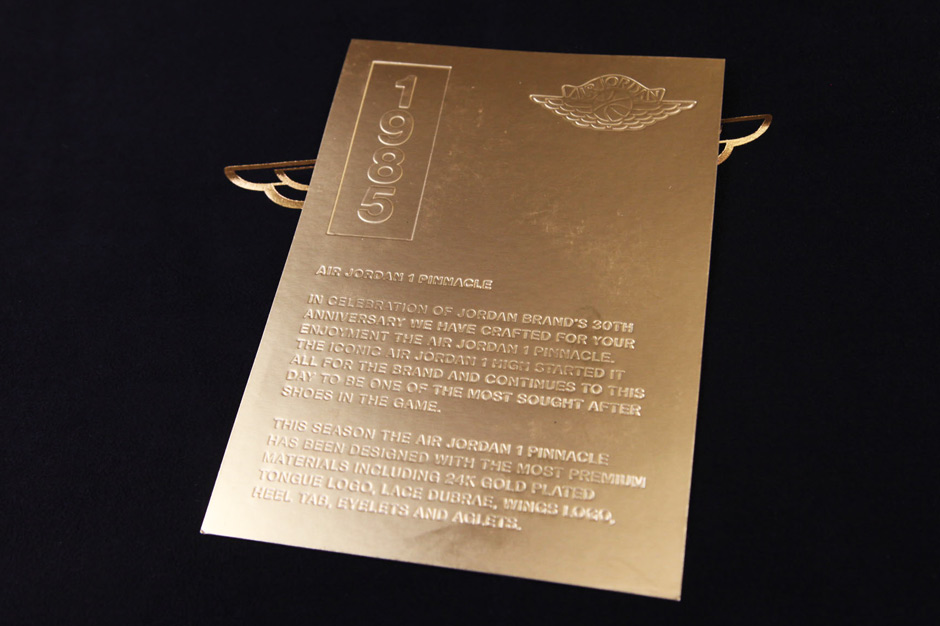