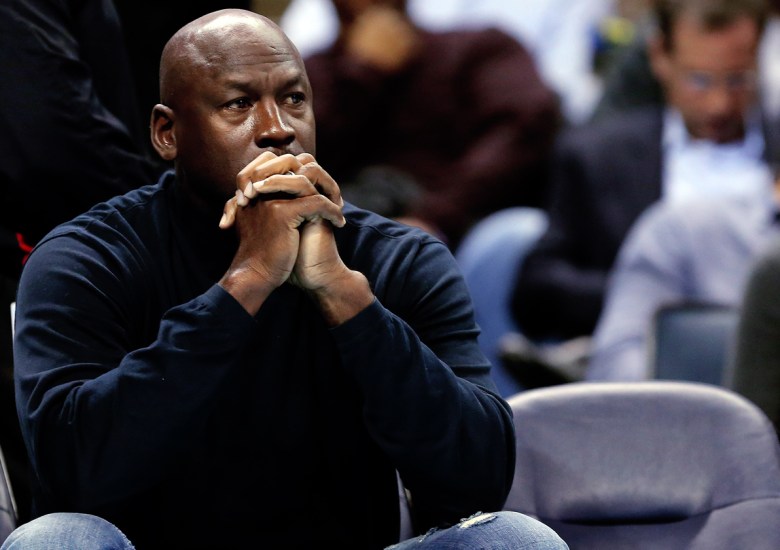 Michael Jordan Rarely Loses, Unless Its Against A Rip-Off Brand In China

“Your name is your DNA, and when someone takes it, I think it’s a violation and you want to protect it.” That’s what Michael Jordan had to say upon initially filing a lawsuit in 2012 against Qiaodan Sports Company Limited, an apparel company that translated Jordan to the popular Chinese pronunciation and created inferior knockoffs of Jordan Brand models. Beijing courts dismissed the trademark case today after three years of deliberation. The court had this to say about the case:

“‘Jordan’ is not the only possible reference for ‘Qiaodan’ in the trademark under dispute.”

“In addition, ‘Jordan’ is a common surname used by Americans.”

As for the noticeably similar silhouetted figure that serves as Qiaodan’s logo, the Beijing court stated that the brand made a concentrated effort that their mark had no facial features, further ensuring that Chinese consumers wouldn’t mistake the logo as Michael Jordan. Did they even see the Jumpman logo when reviewing the lawsuit? Had the case gone the other way, it would’ve been a step in the right direction in the ongoing fight to stop China’s active process of counterfeit reproductions. Instead, the cycle continues. So it goes.