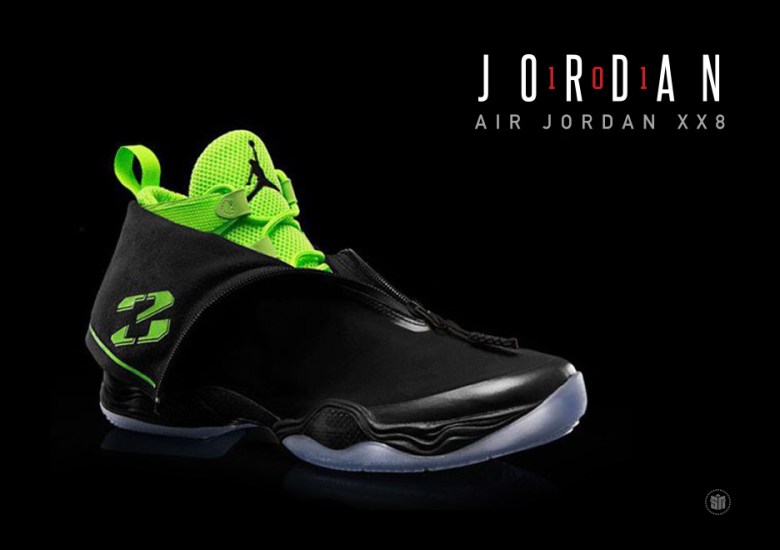 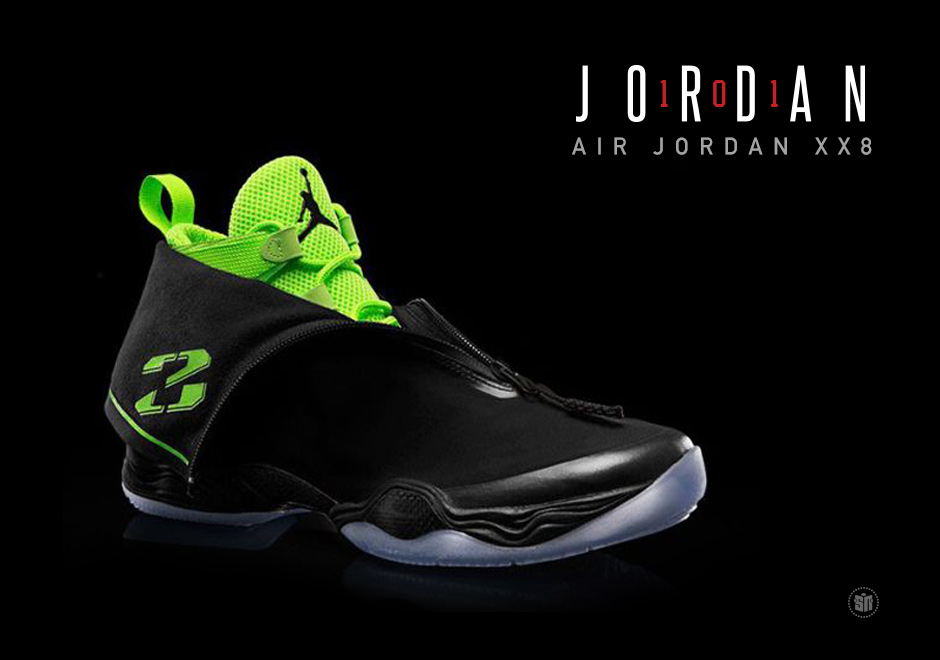 We’re only two years removed from its release, but in this latest edition of Jordan 101, it’s already time to take a look back at the life and times of the Air Jordan XX8. Certainly one of the most polarizing designs within the entire Air Jordan line, the XX8 is a shoe everyone will remember—for better or worse. While the look of the XX8 was a bit controversial, there’s no denying its importance to Air Jordan history on the technology and performance aspects—and that’s something we can be certain of, even this soon. Continue reading to learn, or get a refresher course, on all the important facts of the shoe that boldly went where no basketball shoe had before it. 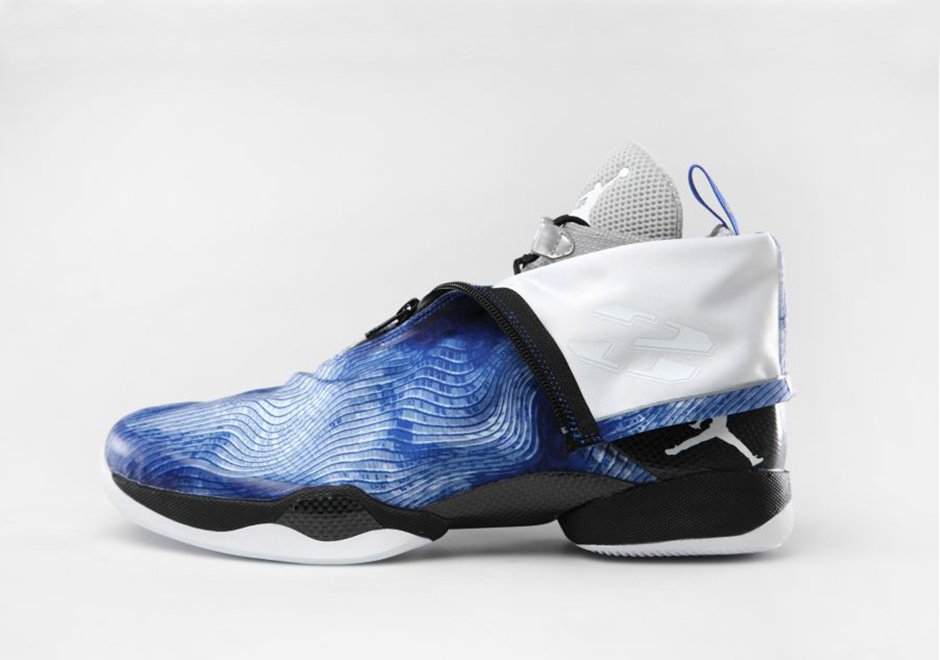 Never even spotted in one leaked photo on the internet beforehand, the Air Jordan XX8 was unveiled to the world on December 3, 2012 and officially launched during NBA All-Star Weekend on February 16, 2013. Described by Jordan Brand as the most tested and lightest Air Jordan ever, it’s also the most expensive game shoe to date, priced at $250 (the XX9 was lowered to $225). The XX8 also brought back the “XX” naming system last seen on the Air Jordan XX3 before the brand decided to switch to distinguishing each new model by the year it released (I.E. Air Jordan 2009). 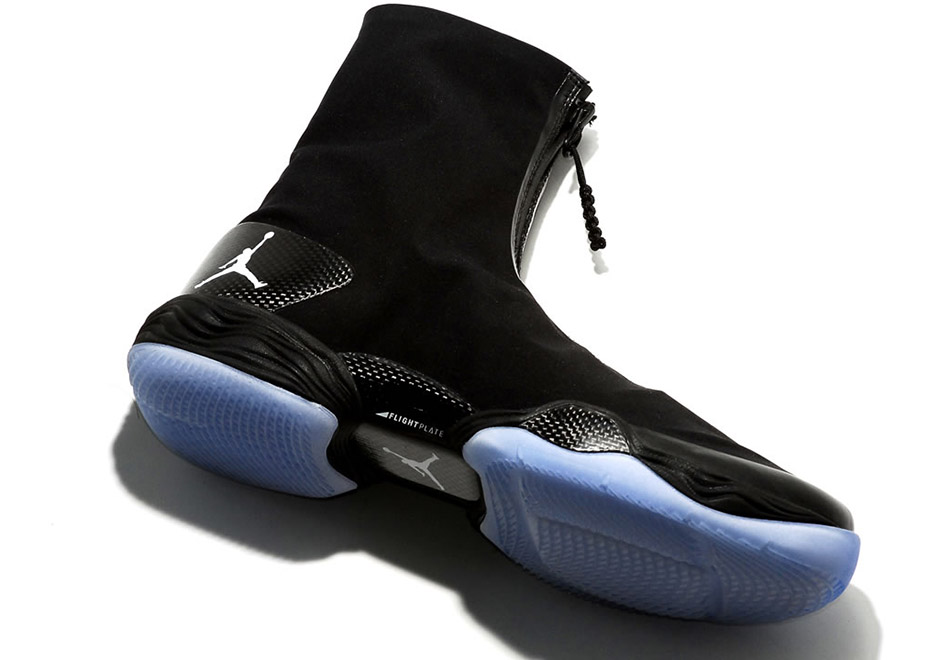 Designed by Tinker Hatfield along with Jordan Brand Developer Josh Heard, the XX8 was inspired by the concept of stealth, and it does indeed look like something a black-ops soldier or ninja would wear thanks to the unorthodox “sheath” or “shroud” that extends past the ankle. Debuting in its most stealthy colorway of black, the stretch-synthetic textile upper also lended itself to various prints and patterns like elephant print and Russell Westbrook’s “Why Not?” version that made it much more detectable. 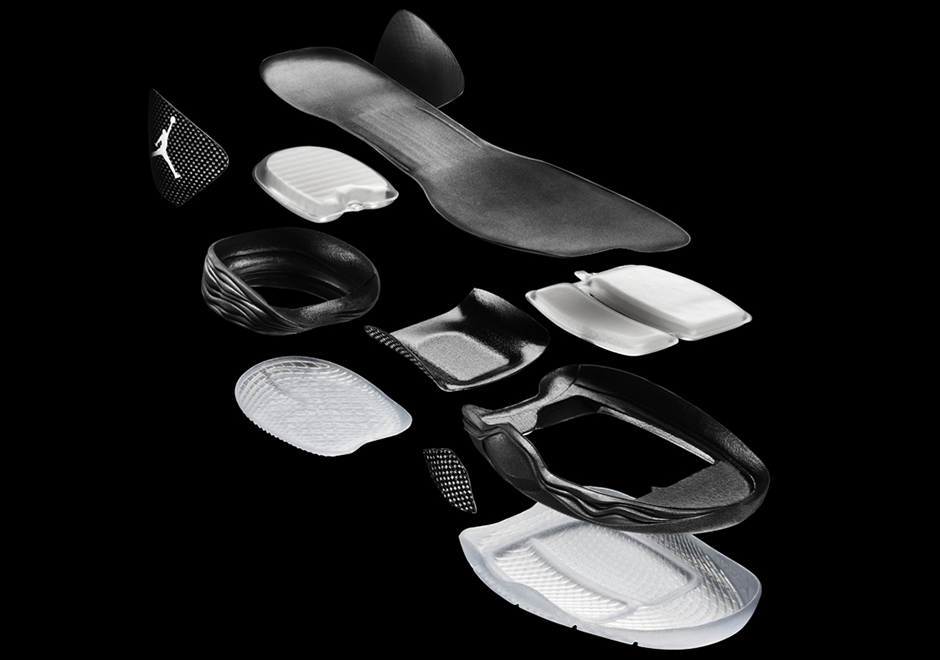 The XX8’s big technological debut to the Air Jordan line was the Flight Plate. The innovative new sole technology consisted of a PEBAX “moderator plate” that allows the Zoom Air units in the heel and forefoot to be placed in the midsole without the usual foam in between the Air pods and your foot. This provides the most responsive Zoom Air cushioning possible. The Flight Plate tech was welcomed with almost unanimously positive reviews by anyone who has worn the shoe, proving the new tech as an integral new piece of Air Jordan performance. As we know, the Flight Plate was again used for the XX9 as well as subsequent Melo and Super.Fly models, and we can probably expect to see it again, at least in some form, on the thirtieth Air Jordan. 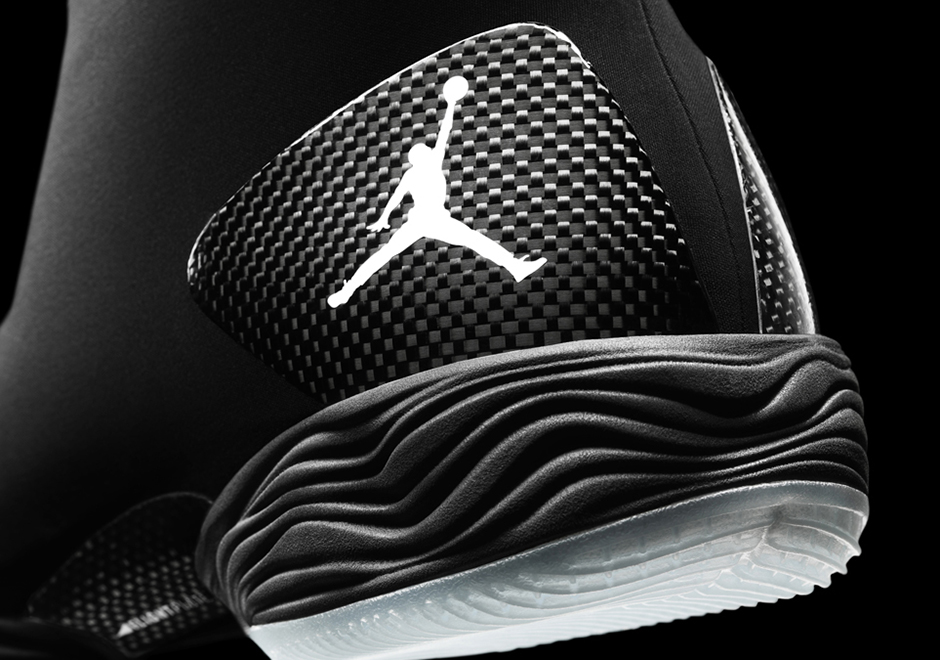 Like all modern Air Jordans, the XX8 is packed with plenty more tech. Up top, the shoe features a Dynamic Fit system that utilizes a series of straps that wrap up from the midsole and integrate with the laces for lightweight support, all covered by the shroud—unless you zip it down, of course. Along with the Flight Plate, the midsole also came equipped with carbon fiber heel and forefoot counters to help stabilize the foot, while a multi-directional outsole pattern ensured excellent traction on the court. 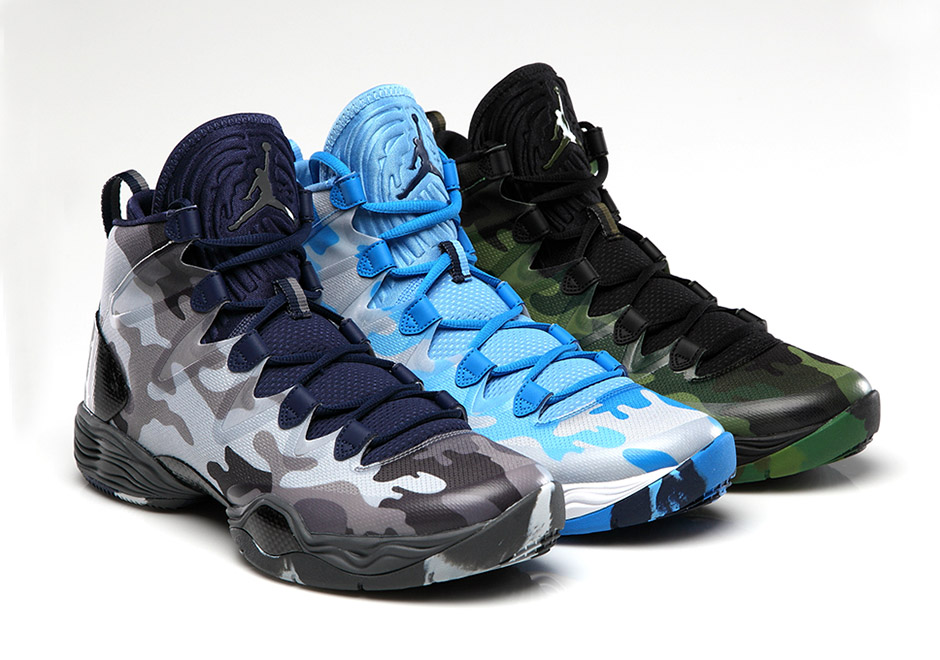 Not a fan of the high-cut sleeve? Well you’re in luck because the Air Jordan XX8 SE was introduced later in the year, featuring all the performance of the original XX8 without the polarizing shroud. Even without the shroud, the XX8 SE managed to keep things interesting with a number of bold prints adorning the mesh-based upper.

Just like Dwyane Wade had done with the Air Jordan 2009, Russell Westbrook led the charge for the Air Jordan XX8, becoming Jordan Brand’s new go-to athlete. Even despite Carmelo Anthony and Chris Paul having their own signature lines, Russ seems to be JB’s favorite basketball star as of late, also becoming the face of promotion for the XX9 a year later. Like the bold design of the XX8, Westbrook leads the next generation of Jordan Brand on the basketball court.