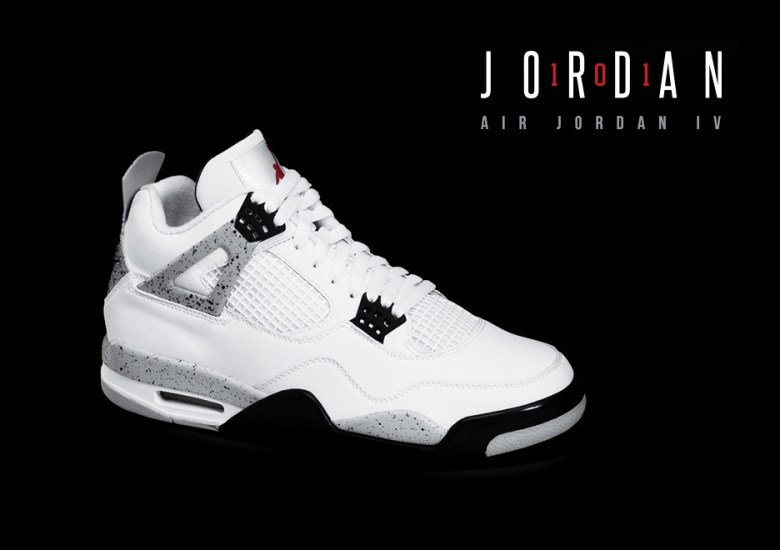 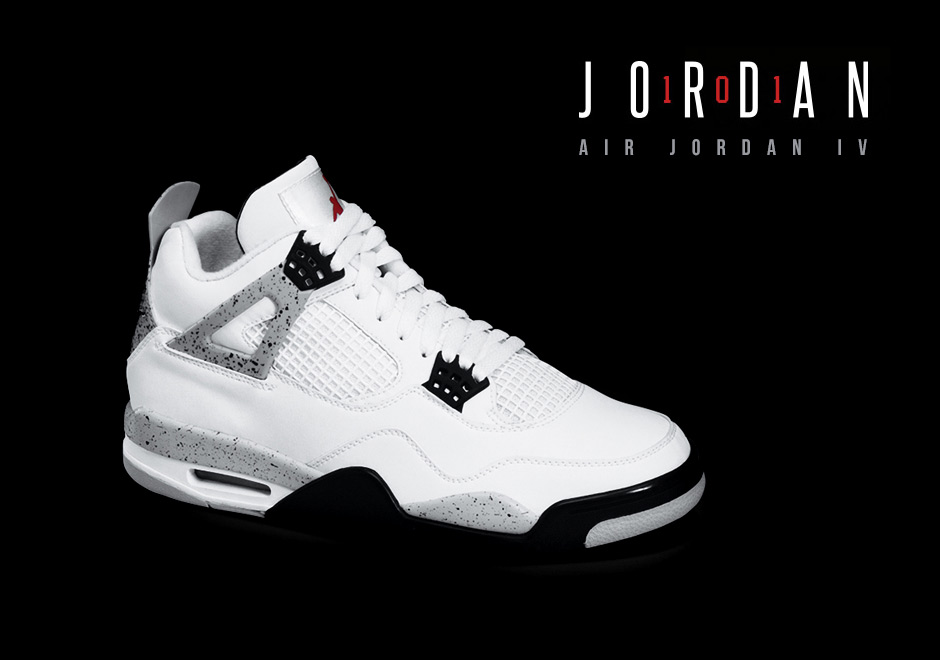 The third time was definitely a charm when it came to the Air Jordan line back in 1988. But could designer Tinker Hatfield and Nike top—or even come close—to the success of the bold and stylish Air Jordan III for 1989’s new model? As we now know, the answer was most certainly yes. The Air Jordan IV began right where the III left off, further establishing the Air Jordan line’s status as the coolest and most important sneakers in the world. In this latest episode of the Jordan 101 series, we review all of the basic details, legendary on and off court moments, and cultural importance of the Air Jordan IV. Continue reading to study up on one of the greatest Air Jordans of all time. 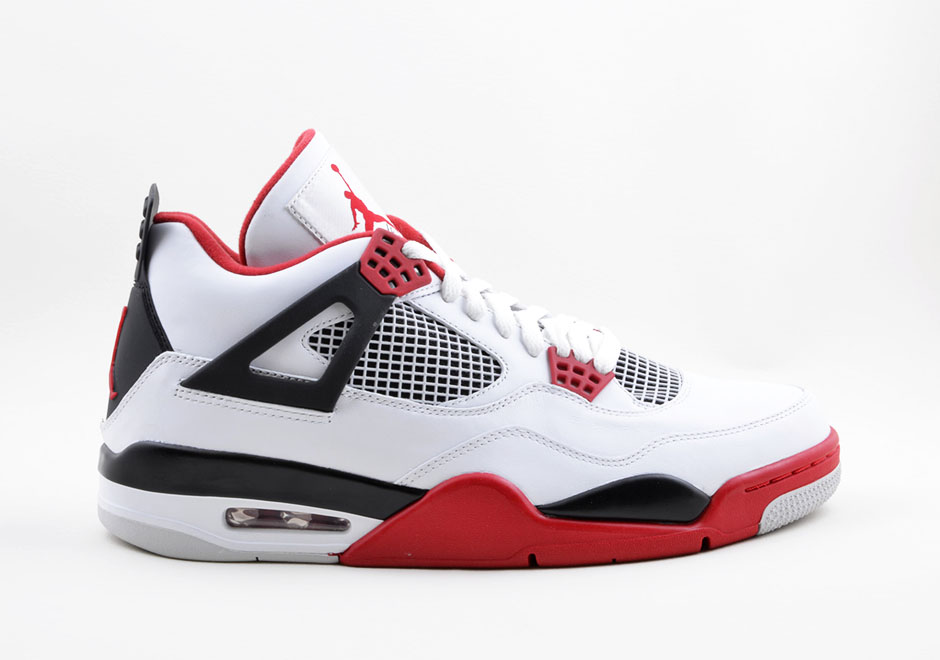 The Air Jordan IV released in 1989 and was produced in four colorways throughout the year. Basically following the same colorway schemes as the Air Jordan III, the IV released in two white-based Bulls colorways (White/Cement and “Fire Red), one black-based colorway (Black/Red), and a white and blue accented version (Military Blue). It retailed for $100, making it one of the most expensive basketball shoes on the market at the time. But it was worth it, right? 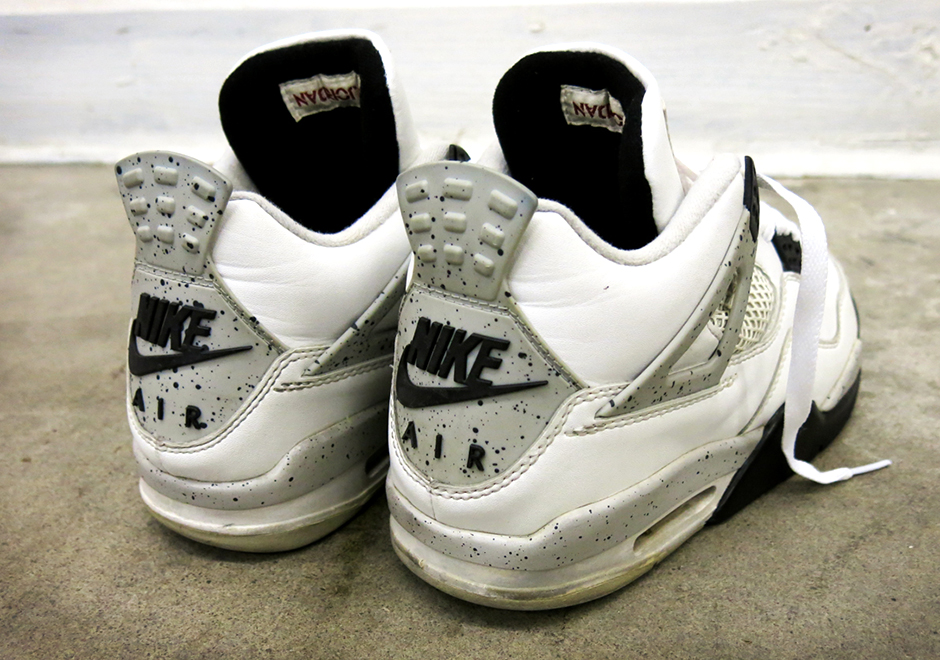 Following up the Air Jordan III was no easy task, but if anybody could do it, it was Tinker Hatfield. And do it he did, quite successfully. The IV’s design actually didn’t stray too far from the III, with the mid-cut height and visible heel Air unit both returning. However, the IV was a bit more streamlined and lighter-weight than the III. It’s signature design details were the mesh netting on the side panels and tongue, and the unique lacing support system with the shoe’s iconic “wings”. The Air Jordan IV also introduced the “Flight” concept to the Air Jordan line. 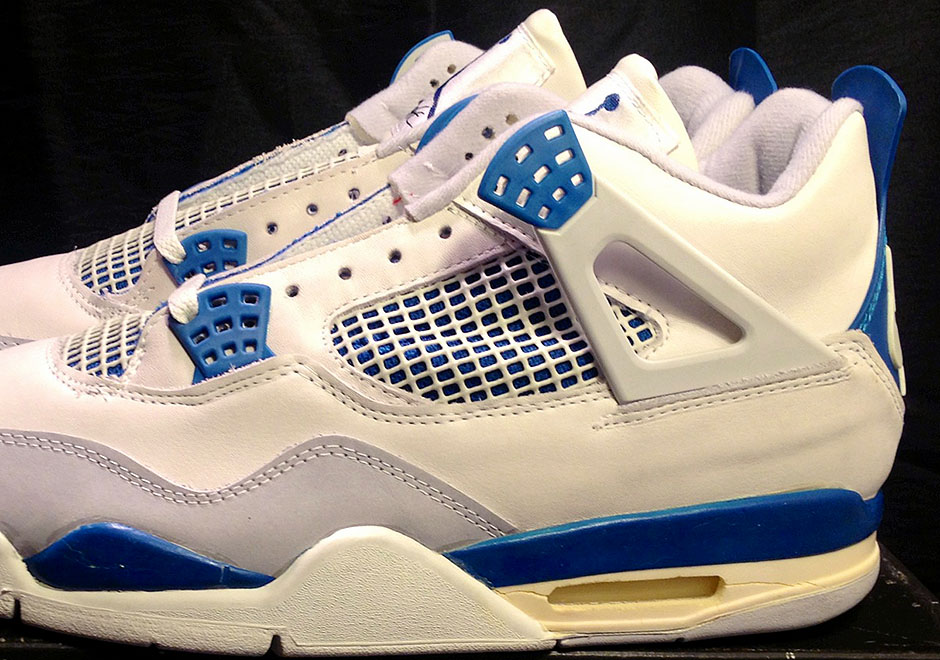 The Air Jordan IV may not have introduced any groundbreaking new technology to the basketball shoe world like many other Air Jordans, but everything it did have was functional and aesthetically pleasing. Already mentioned above, the IV brought back the mid-top height and visible Air, while other tech aspects of the shoe included additional Air in the forefoot, the supportive “wings”, a lacing system which provided multiple eyelets for custom lace placement, and the large heel pull tab for easy access. The “Bred” colorway also introduced soft nubuck leather to Air Jordans, a material that would be used on many following models.

It’s Gotta Be The Shoes

During the 1988-89 season in which Michael wore the Air Jordan IV, he achieved his overall best statistical season with averages of 32.5 points, 8 rebounds, and 8 assists. It would still be two more seasons until MJ and the Bulls made it to the Finals (which they ultimately won), but the ‘88-89 season saw the Bulls make their first Eastern Conference Finals of the Jordan era, firmly confirming them as a team to be taken serious for championship contention.

Speaking of the 1989 Playoffs, Game 5 of the opening round series against the Cleveland Cavaliers supplied the NBA’s history books with the first of many epic game-winning shots from Michael Jordan, as he hit the infamous shot over poor Craig Ehlo to give the Bulls a one-point win for the game and series victory. On Michael’s feet for the iconic moment were, of course, the black Air Jordan IV’s.

Do the Right Thing

Already closely associated with the Air Jordan line because of his appearance as Mars Blackmon in the Air Jordan III ad campaign, Spike Lee actually gave the Air Jordan IV a supporting role in his landmark 1989 film Do the Right Thing. Watch the full scene featuring the shoe above, and keep in mind that Buggin’ Out is played by the same actor as Gustavo Fring in Breaking Bad(!). 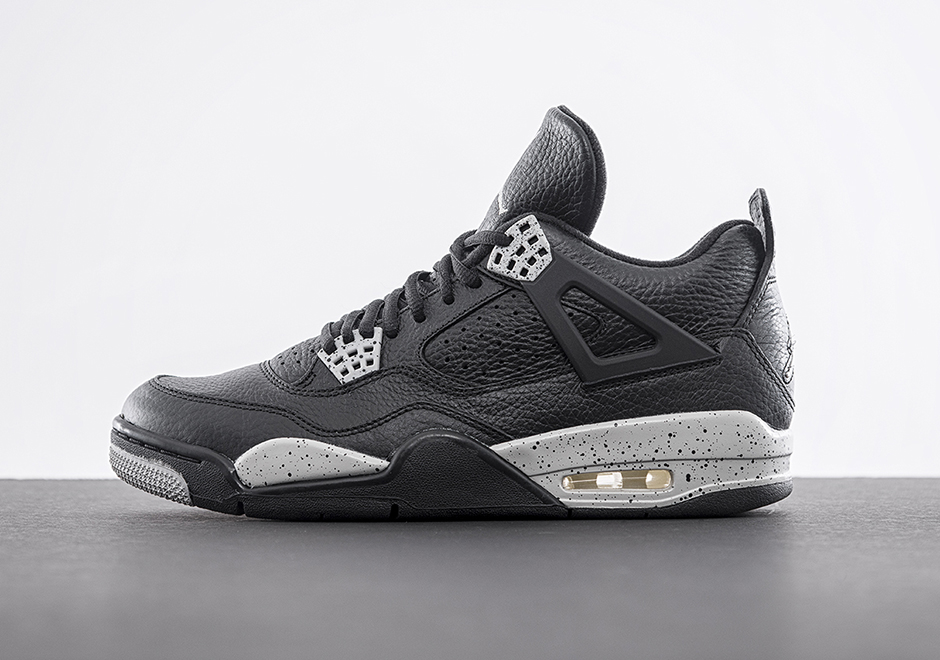 The Beginning of the Air Jordan Retro Craze

Ten years after its initial release, the Air Jordan IV returned as a retro in 1999 in its most beloved “Bred” and “White/Cement” colorways. (Something today’s Air Jordan shoppers certainly aren’t’ familiar with, the original ‘99 retros costed the same as the OG release at $100!) Along with the OG looks, the shoe also released in the first-ever Retro+ colorways of the Air Jordan line in the “Oreo” and “Columbia Blue” colorways with a White/Chrome version later in 2000—each constructed in full leather builds without mesh netting and Jumpmans replacing the heel Nike Air logo. The earliest Air Jordan retros in 1994, the Air Jordan 1, 2, and 3, had all been a little too soon for the sneaker world, with many pairs hitting sale racks. But we were all ready for the Air Jordan 4’s comeback in 1999, as the retro craze would officially begin from that point on. 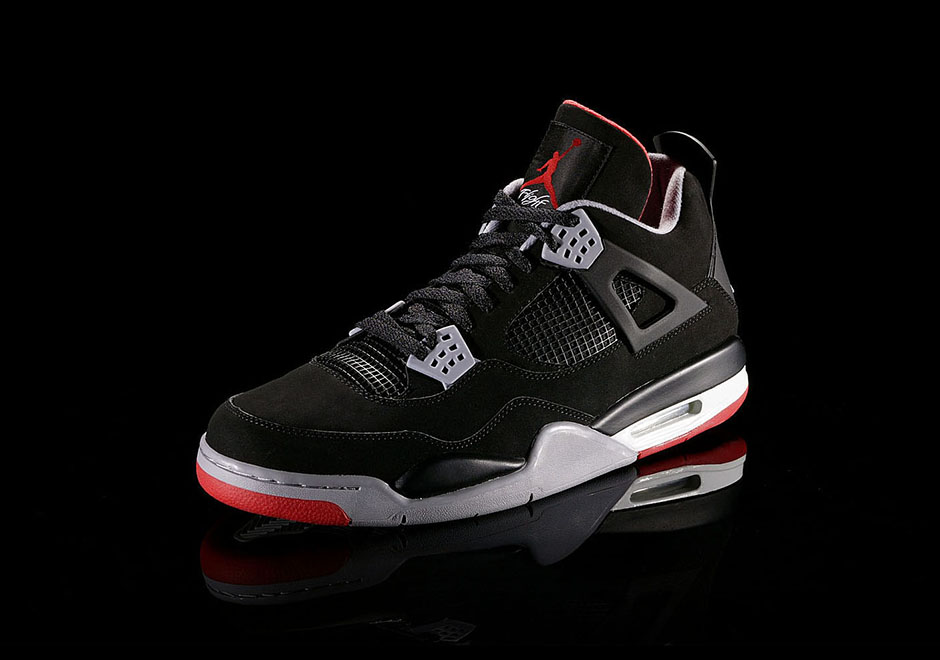 The momentum that the first three Air Jordans created in the shoe world was perfectly continued with the successful design of the Air Jordan IV in 1989, and in hindsight, we can see the madness was only beginning. Further increasing the Air Jordan line’s popularity with its elite status in the mall and on the streets, appearances on MJ’s feet on the court as his career also reached new heights, and even its feature in a major motion picture, the Air Jordan IV can be seen as the shoe that marked the point of no return for the legendary status that Air Jordans now have in the sneaker world.