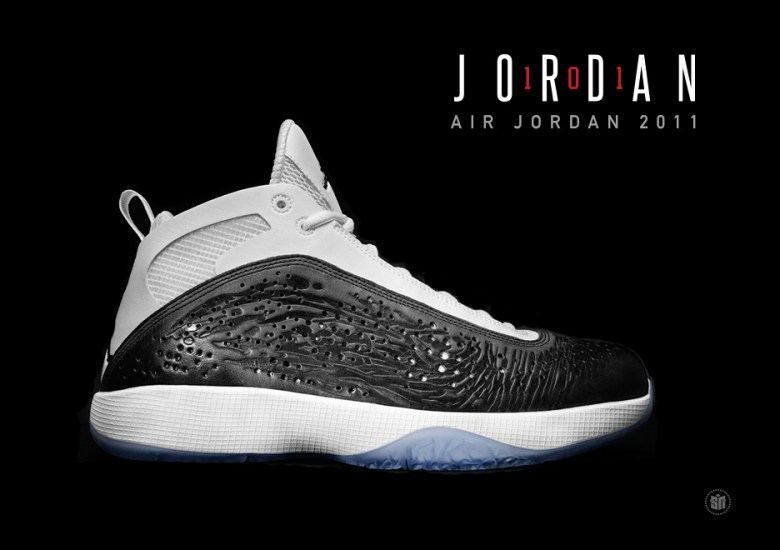 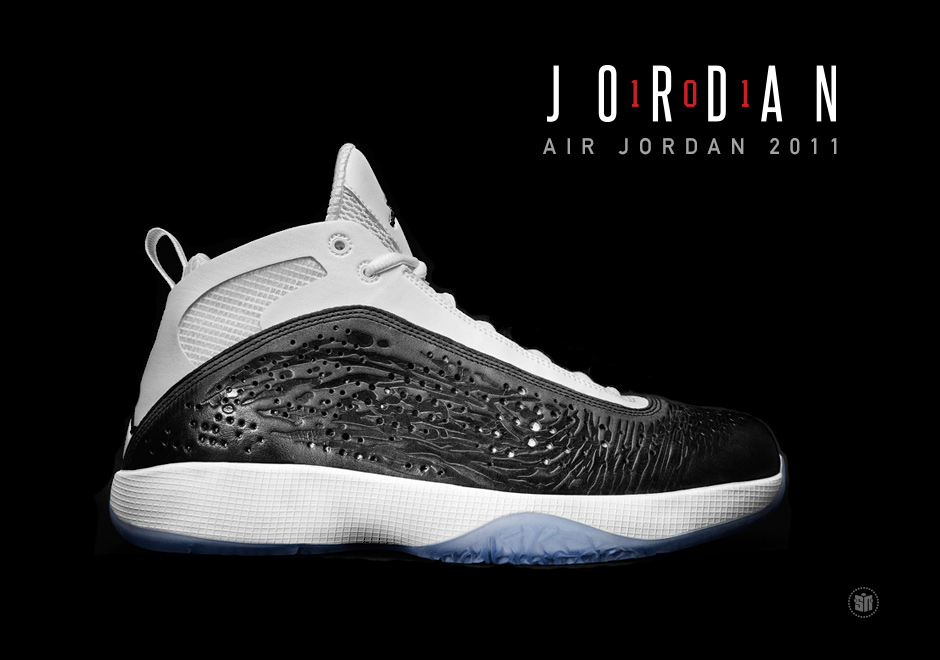 Jordan Brand seemed to focus on the performance aspect of the flagship Air Jordan even more than ever with the techy Air Jordan 2010. Many didn’t find it all that appealing aesthetically, but they couldn’t deny its amazing performance on the court. A year later, ultimate performance was the goal once again for the next Air Jordan, but this time the design crew seemed to also focus a little more on a cleaner look for the shoe. Both performance and style were achieved successfully, as the Air Jordan 2011 would become one of the best overall balances of those two important aspects of any great basketball shoe that the brand has seen in the “modern” era of Air Jordans. How did the Air Jordan 2011 do it? Continue reading this latest edition of Jordan 101 to learn all the details of the shoe that let you Choose Your Flight. 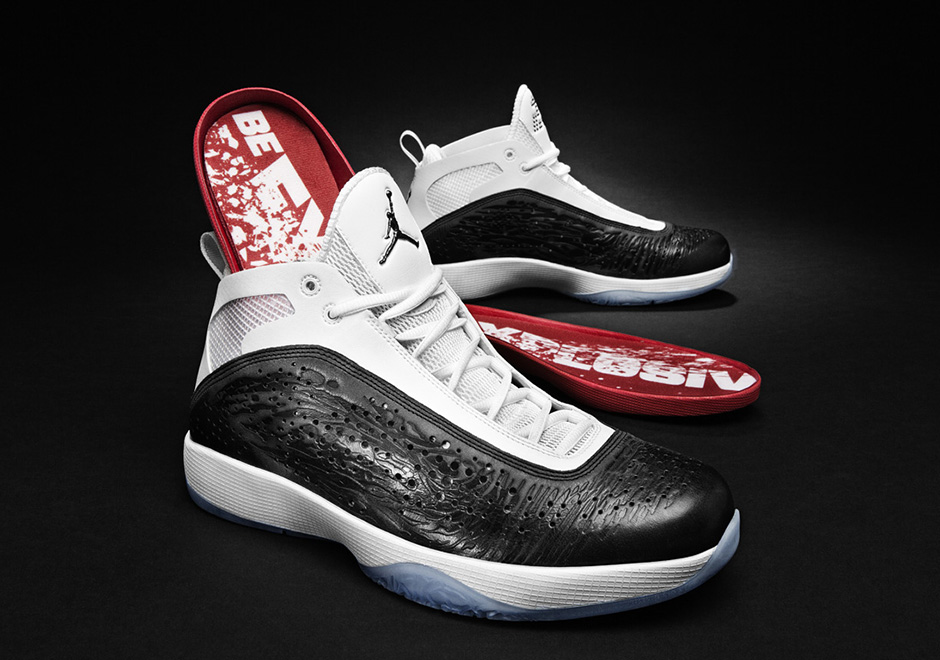 The Air Jordan 2011 debuted on February 19, 2011 in its ‘White/Black-Anthracite’ colorway at a retail price of $170. That most well-known white and black colorway was followed throughout the year by a number of colorways including the white/red, white/blue, all-black with patent leather, and “Year of the Rabbit” versions. There was no low-top version of the AJ 2011, but there were two takedown versions (which we’ll get to later). Like the year before with the AJ 2010, Dwyane Wade was back as the face of the 2011 and received a number of PE colorways of the shoe. 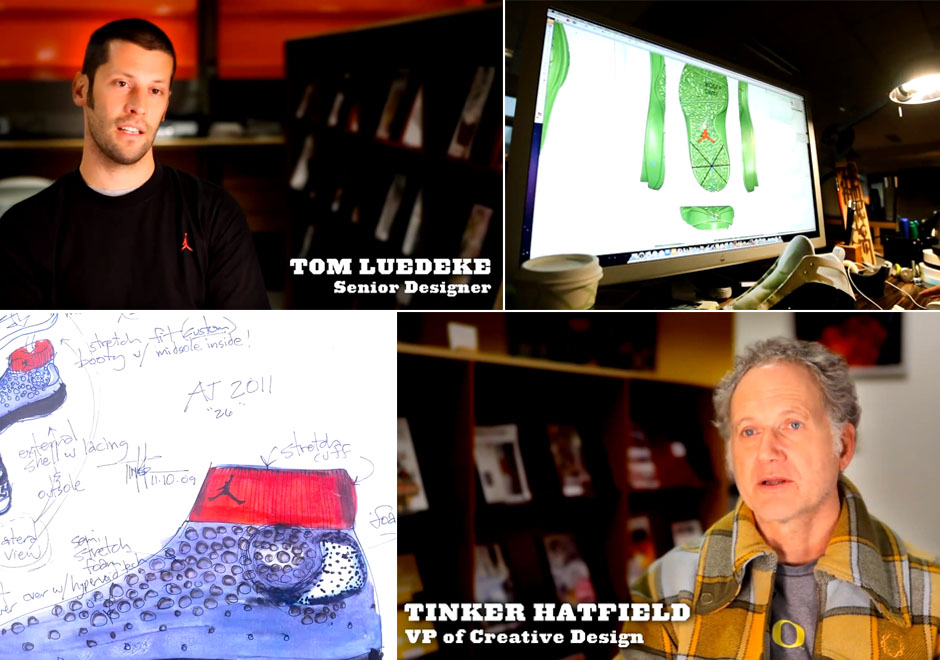 Tinker Hatfield was at the helm once again for the Air Jordan design, but this time it was not only Mark Smith (who helped with the Air Jordan 2010), but also Tom Luedecke on board for the 2011, as well. The three-man team of experienced designers crafted what many regard as the all-around best Air Jordan design of the post-XX3 era. If nothing else, it’s certainly the best model of the four-shoe period where the naming system switched over to distinguishing the shoe by its year and not a roman numeral. 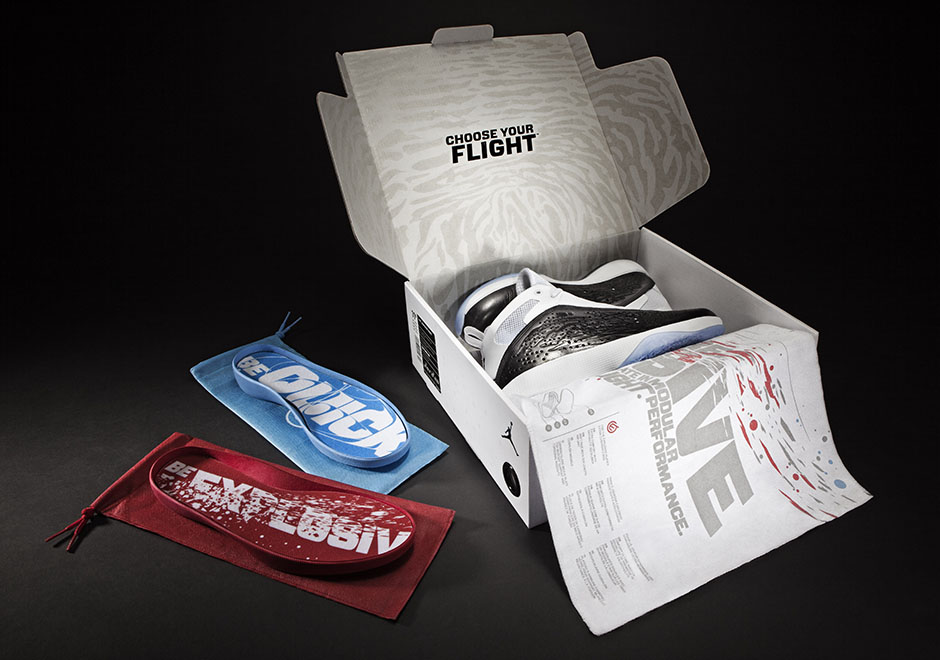 The Air Jordan 2011’s contribution to the world of sneaker technology was the first-ever interchangeable midsole system, which allows you to “Choose Your Flight”. Each pair of shoes came with two slip-in midsole units: blue “Quick” units equipped with Zoom Air in the heel and forefoot, and red “Explosive” units with ¾ length encapsulated Air. This made the Air Jordan 2011 a versatile shoe, allowing it to be ideal for guards by utilizing the responsive Zoom Air, and then more suited for power players with the softer encapsulated Air. The interchangeable midsole concept would be expanded to even more options the following year with the Air Jordan 2012, and also found it’s way into Kobe Bryant’s Nike signature series with the Kobe System for the Kobe 7. 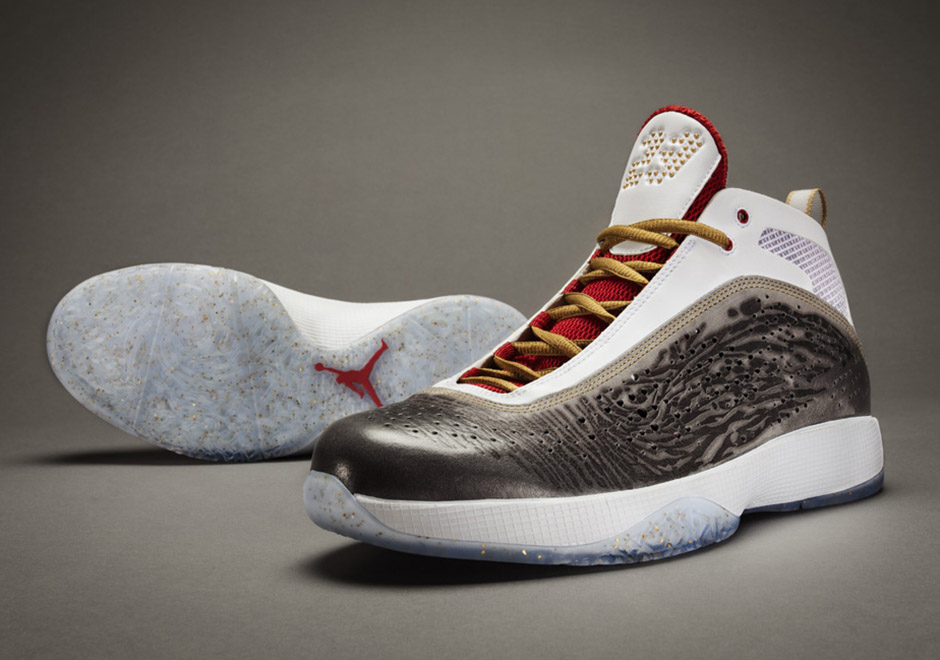 Along with the innovative midsole system, there are plenty more techy details of the Air Jordan 2011. Hugging your foot is a mesh inner bootie construction for a snug and breathable fit, while a dynamic loop lacing system quickly locks you in. Each midsole cushioning unit also came equipped with a composite woven plate in the midfoot for support and torsional rigidity. Down below, the outsole came in grippy clear rubber (most colorways) with multi-directional flex grooves. For the signature aesthetic characteristic of the shoe, the upper was paneled with hand-burnished patina leather with a unique constellation-inspired graphic texture symbolizing Jordan Brand’s rise to the status of a brand with universal recognition.

The Air Jordan 2011 was also offered in two alternate, take-down versions without the interchangeable midsole system. The two lower-priced ($120) versions came with either Zoom Air cushioning—named the Q Flight—or encapsulated Air—dubbed the A Flight. Each featured a standard Phylon midsole with the cushioning embedded into the shoe the traditional way, also with synthetic uppers detailed with patent leather for a lighter, more modern basketball shoe construction.

Too Close to the Air Jordan XI?

Most people would agree that the Air Jordan 2011 is a great looking shoe, but its one major criticism is that it looks a little too much like the Air Jordan XI—especially in the white and black colorway. Of course, a design similar to one of the most beloved basketball shoes ever isn’t a bad thing, but some felt the 2011 lacked originality. That being said, there’s not much else you can complain about with the Air Jordan 2011, as it receives high marks in both the style and performance categories pretty much across the board. Whether the similarities to the Air Jordan XI were intentional or subconscious for the design team, we can’t be sure, but the Air Jordan 2011 is definitely one of the best models of the modern Air Jordan era.