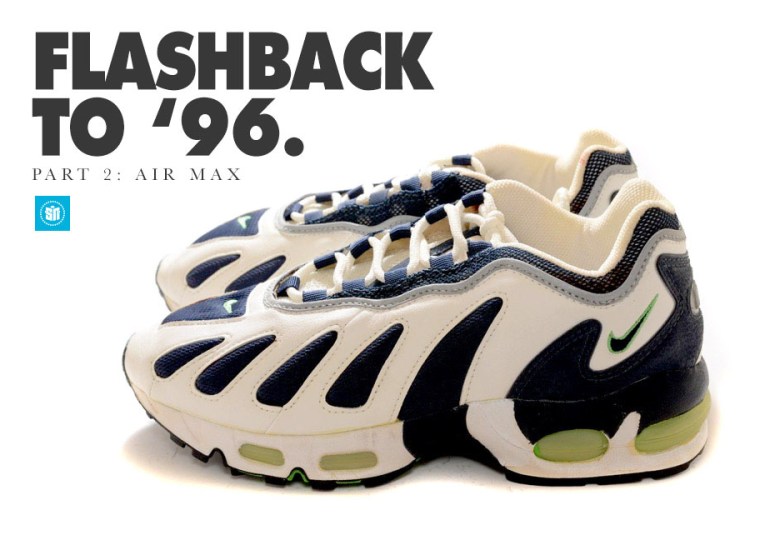 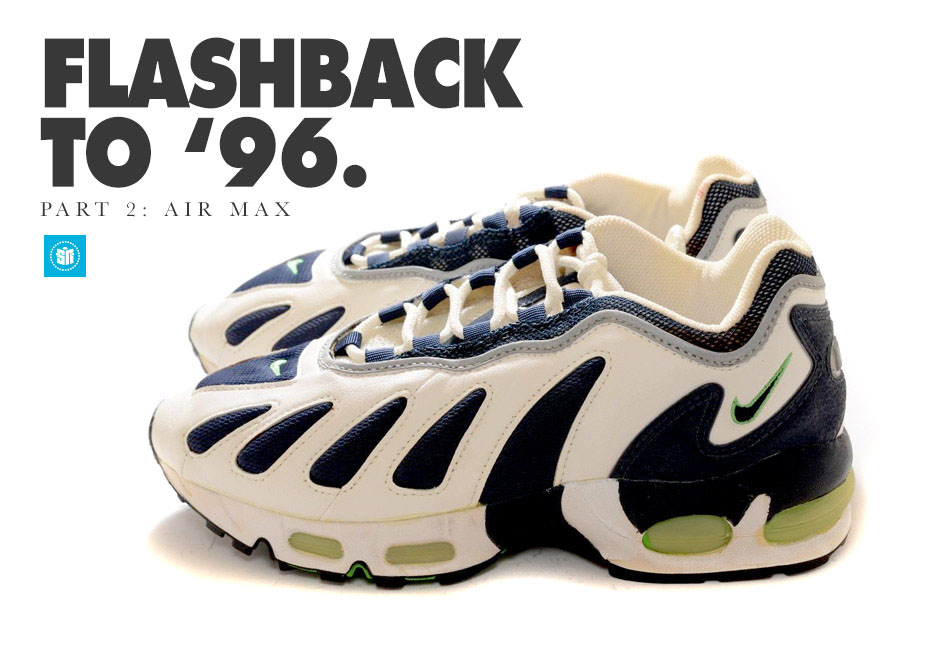 When thinking about all of the best sneakers from 1996, you’re probably most likely to picture the year’s classic basketball shoes first. And it’s very understandable, since pretty much every one of the most celebrated shoes from that year packed with legendary sneakers comes from the basketball court. The Nike Air More Uptempo, the Air Penny 2, the Reebok Question, the adidas Top Ten 2000…the list goes on. We’re going to cover plenty of basketball shoes in the year to come of Flashback to ’96 articles, but like last month, we’re here to take a look at some more classics from off the court.

In the grand scheme of sneakers from 1996, running shoes seem to be the forgotten category. Go one year earlier, and you have the Nike Air Max 95, one of the most popular and reproduced sneakers of all time. One year later, and Nike’s early Zoom Air models like the Spiridon and Talaria make for some of today’s biggest cult-classics. 1997 also brought us the “silver bullet” Air Max ’97, another favorite for many of the Air Max line. Speaking of Air Max, that’s the line from ’96 we’re here to remember today. Or actually, we might be introducing it to you for the first time, since 1996’s Air Max models are unjustly overlooked—especially when it comes to the retro lines from Nike. 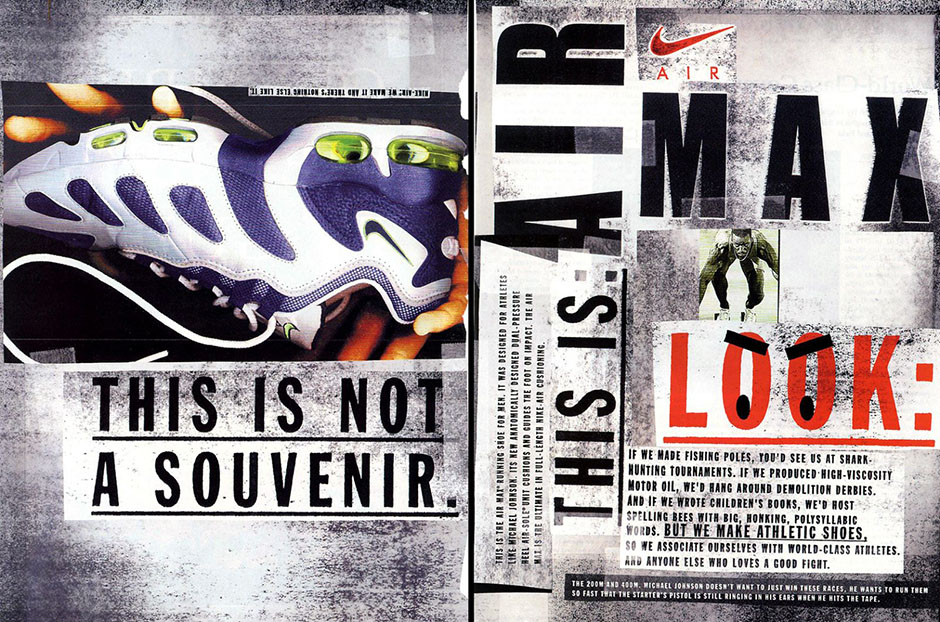 The fact that the Nike Air Max 96 has still never been retroed is quite simply one of the biggest crimes perpetrated on the sneaker community of all time. Just like the Air Max 95, the ’96 also utilized multi-density visible Air cushioning in the heel and forefoot, but with an even more eye-catching, aggressive design up top. The tooth-like lines of the mesh and synthetic leather upper paired with a number of excellent colorways for both men and women without a doubt make for one of the coolest Air Max models ever. So why hasn’t it ever been brought back? What is Nike thinking? Our best guess is that the original molds for the tooling were lost, which means they’d pretty much have to start from scratch for a retro model. We think—and we’re guessing there are many collectors out there that would agree–it would be worth it! 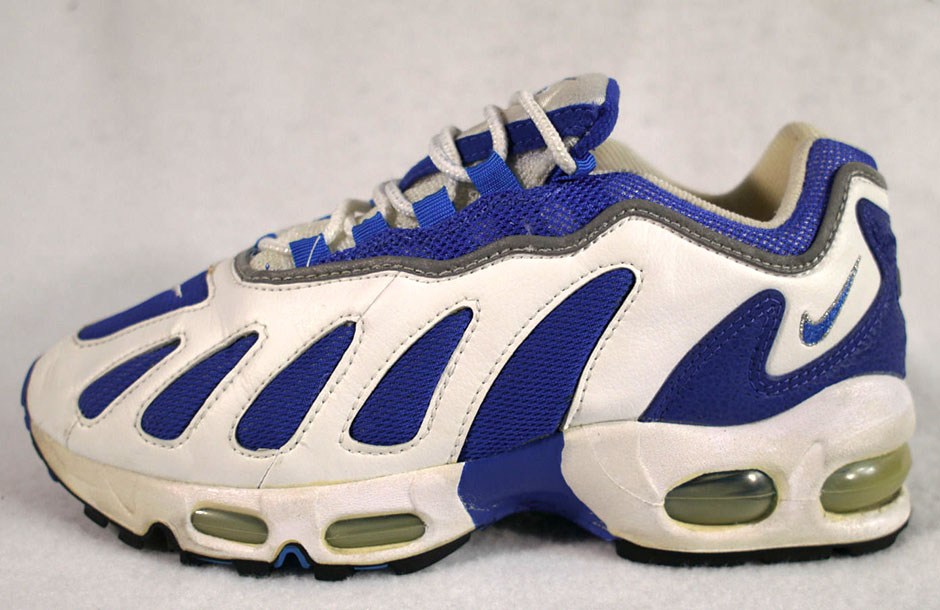 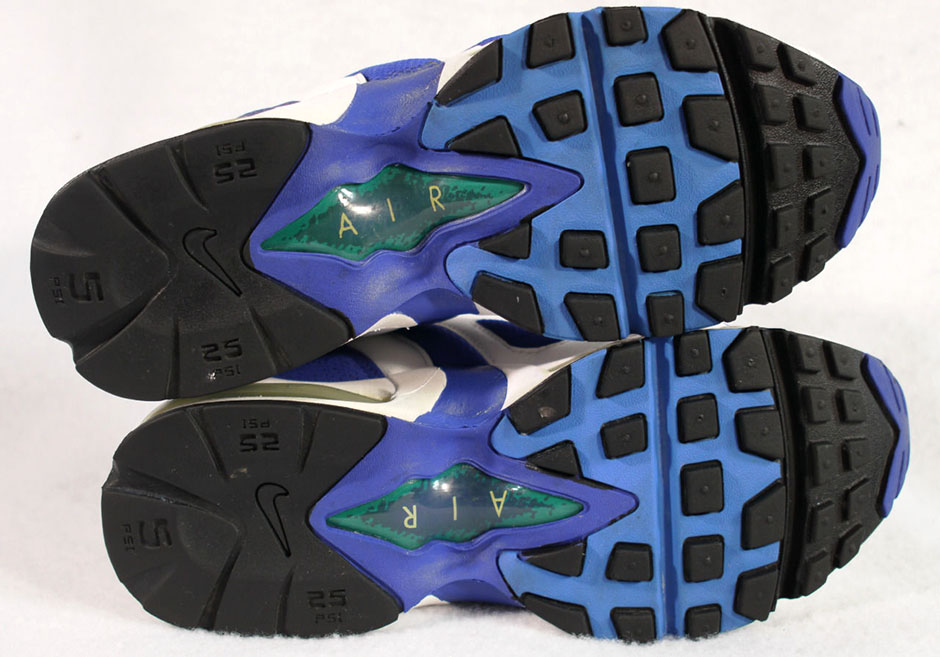 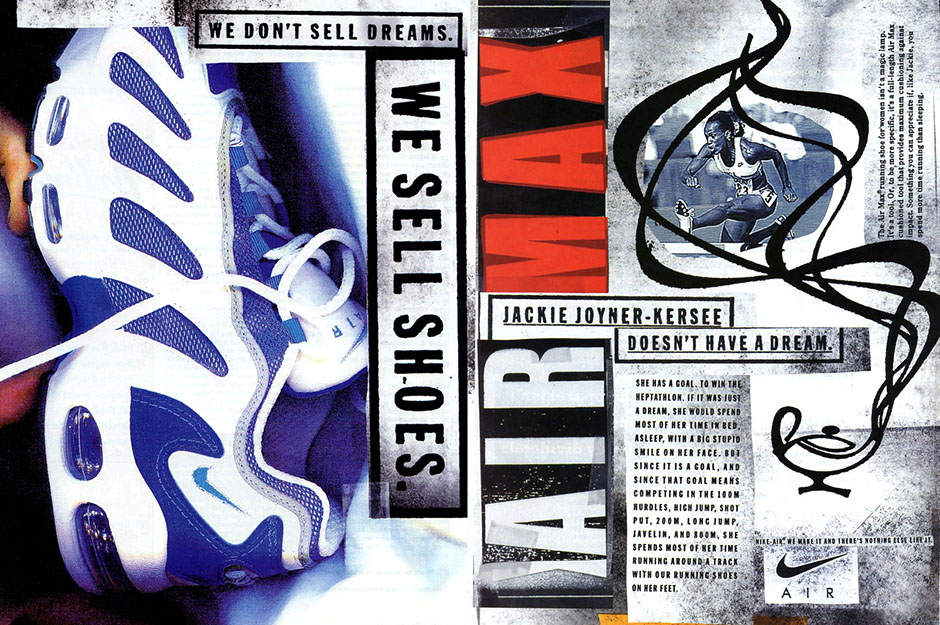 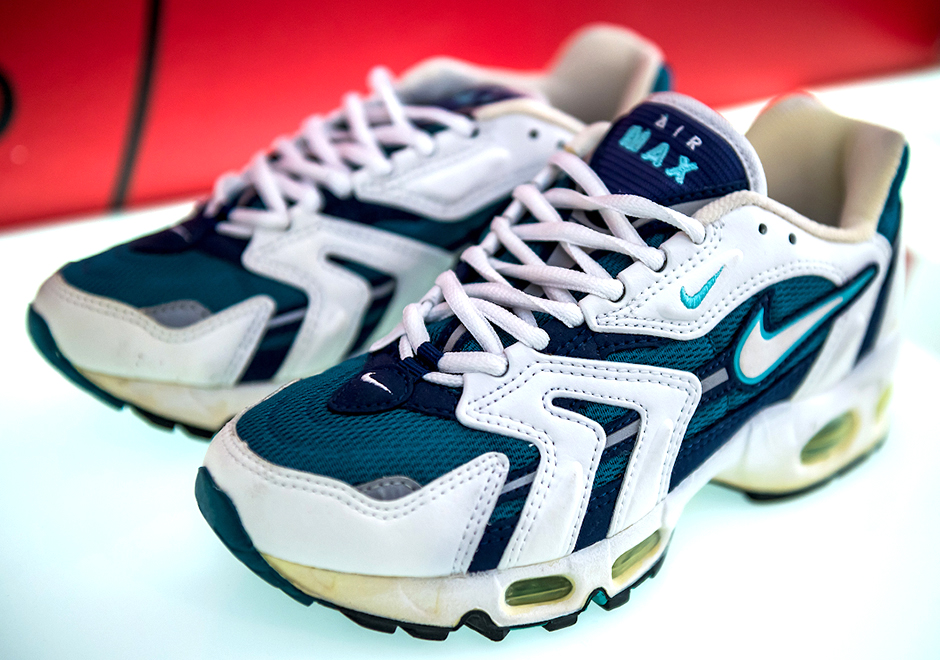 Even more forgotten than the standard Air Max 96 is the Air Max 96 II (A.K.A. Air Max 96 SE), which features the same tooling as the initial version but with a redesigned upper that takes on a slightly more traditional running shoe look. 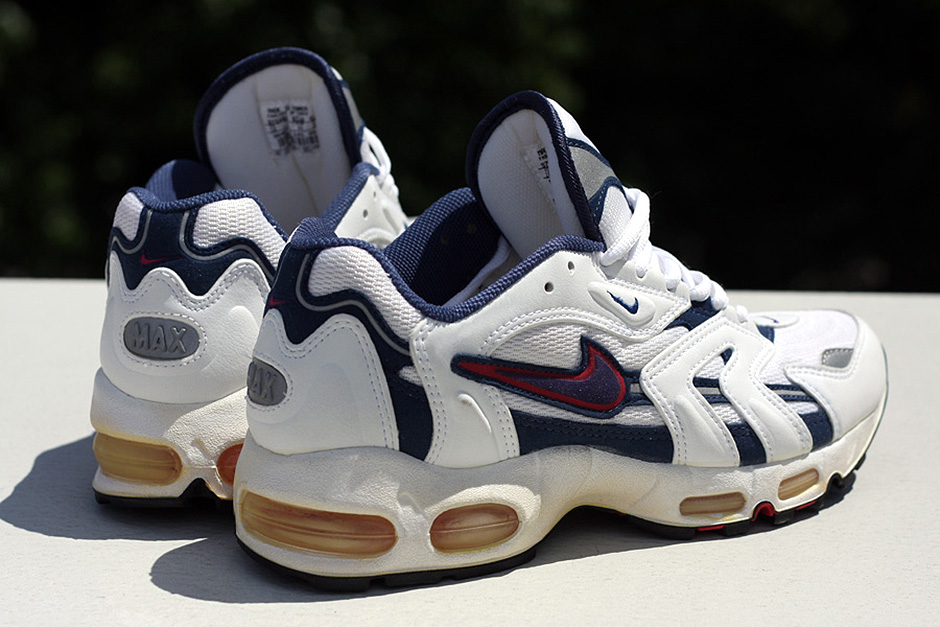 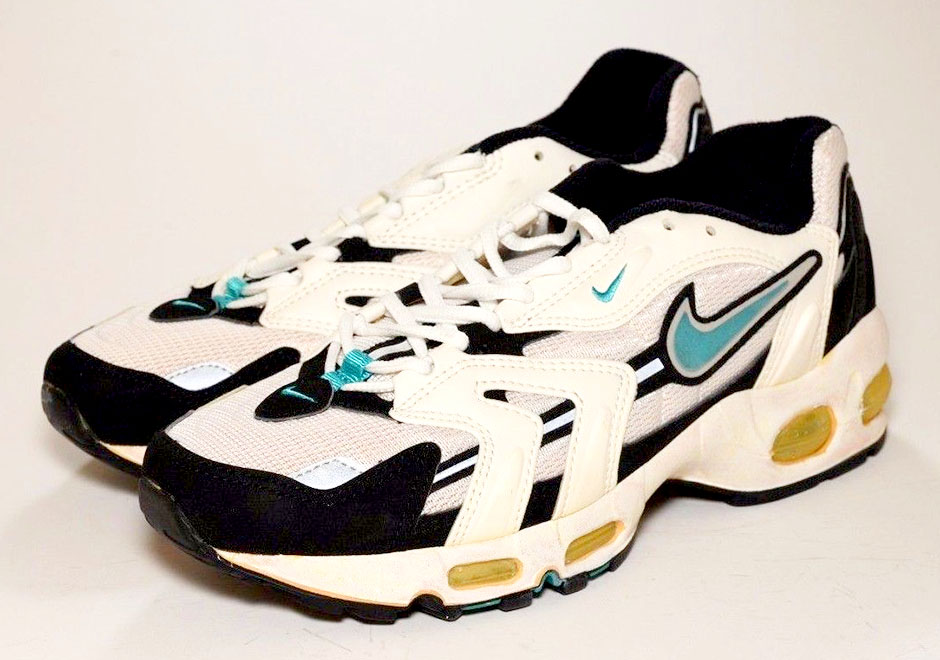 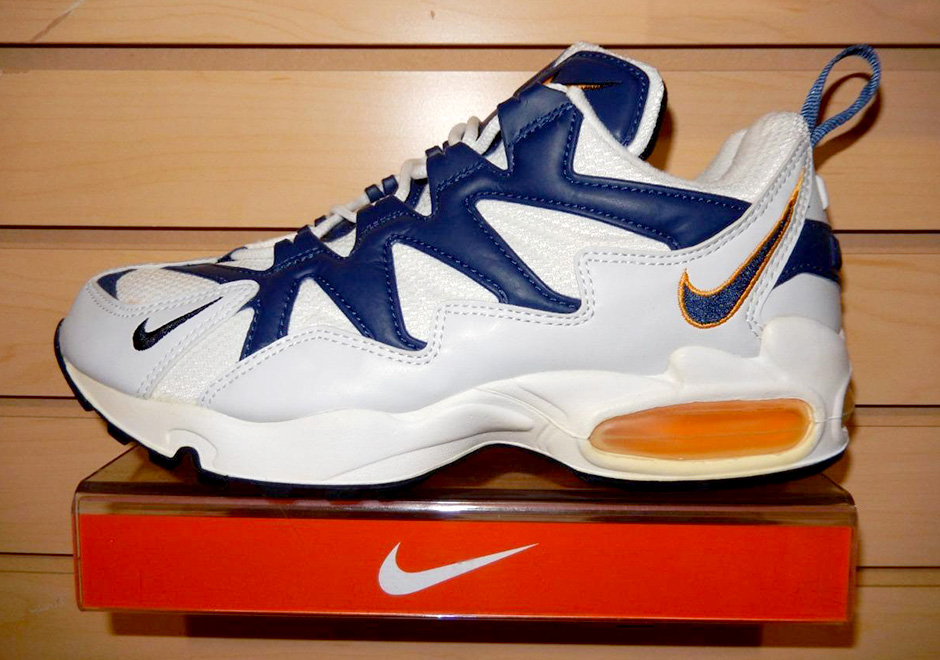 As the first Nike shoe to utilize the Air technology all the way back in 1979, it was fitting that the Tailwind would eventually become an Air Max model. The Air Max Tailwind, which is still in production today on its eighth iteration, debuted in 1996 as the bold model you see here. Featuring a slightly modified version of the original Air Max2 running shoe from 1994, the Tailwind utilized a multi- chambered and pressured Air Max unit in the heel with an upper featuring sharp, fast-looking lines not unlike the Air Max 96. Also just like the AM96, the Tailwind has still never gotten the retro love. 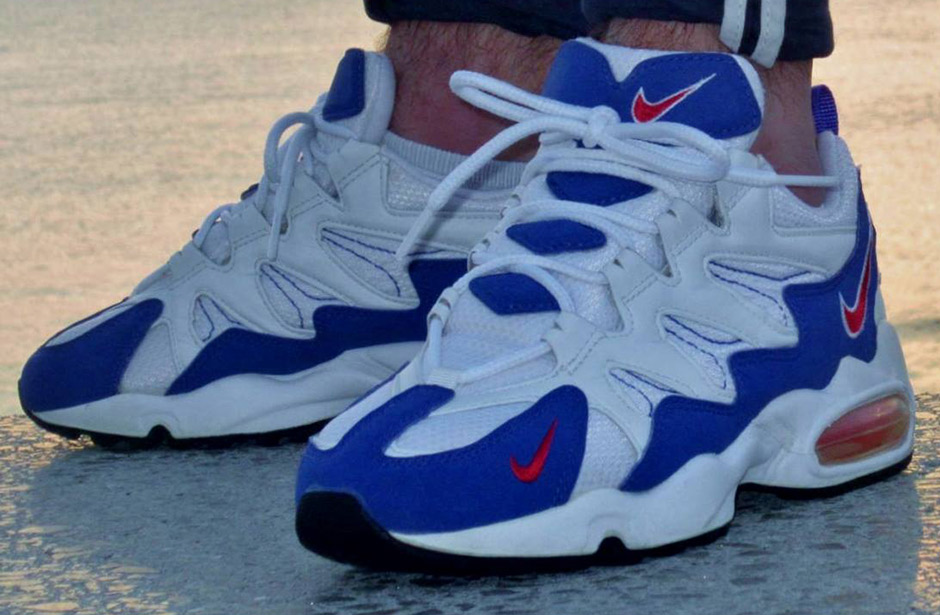 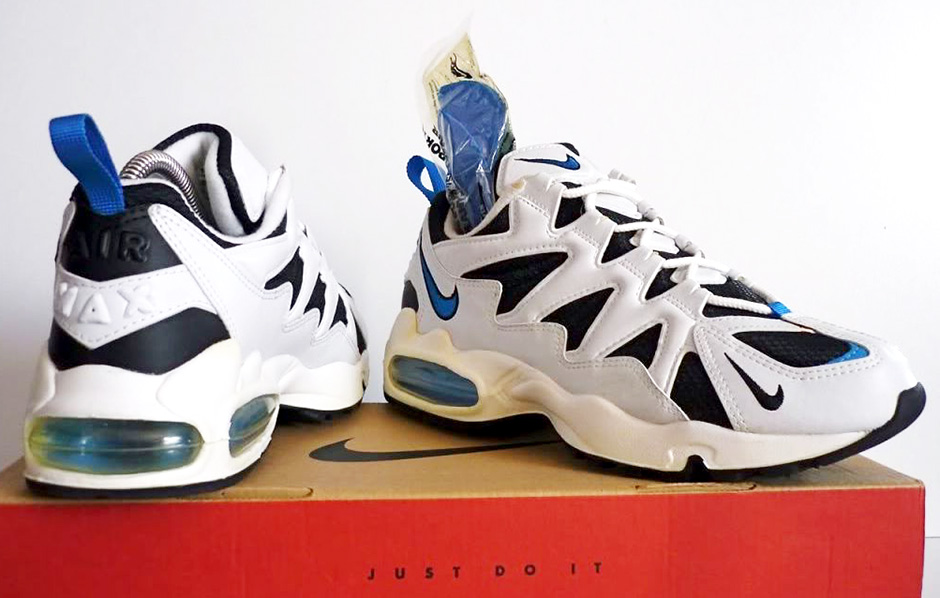 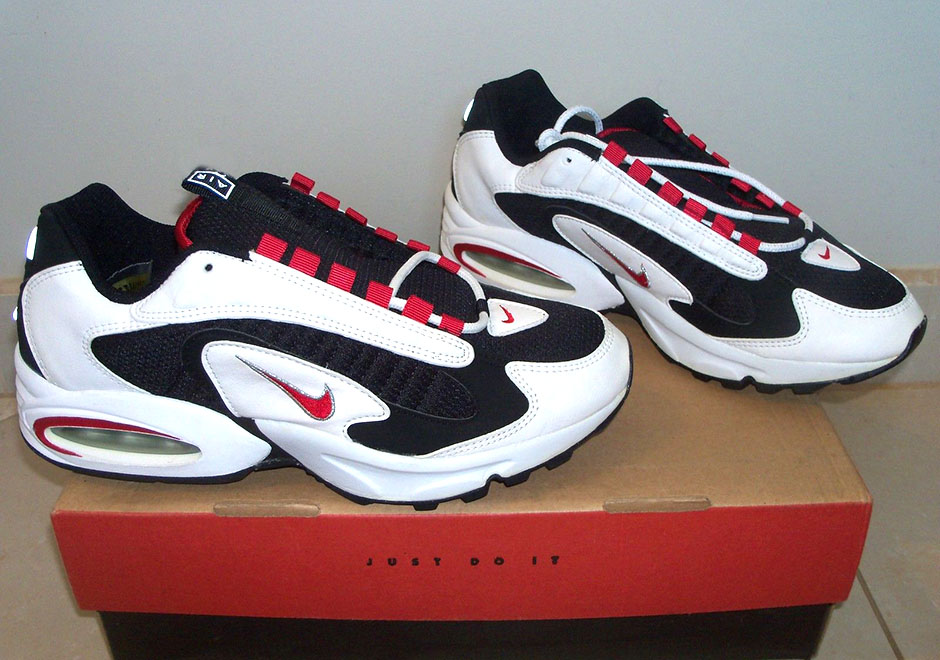 While not quite as flashy as the other two Air Max 96 or Tailwind, the Air Max Triax would be the model of the three you would have actually found on the feet of more core runners in 1996. A little more basic, the Triax still provided plenty of Air cushioning in the heel with a stylish design up top appreciated by all fans of vintage running shoes. The Triax has also still never been retroed just like its other two Air Max contemporaries from 1996, leaving it as another cult-classic model sought out by knowledgeable collectors. 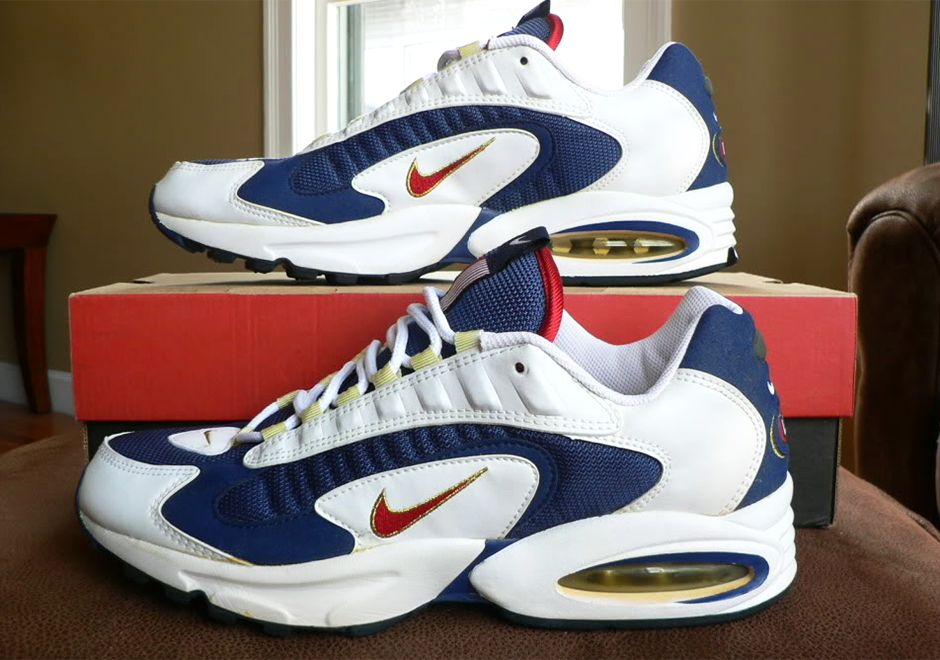 One of the most popular colorways of the Air Max Triax was the USA version made for the 1996 Olympics. 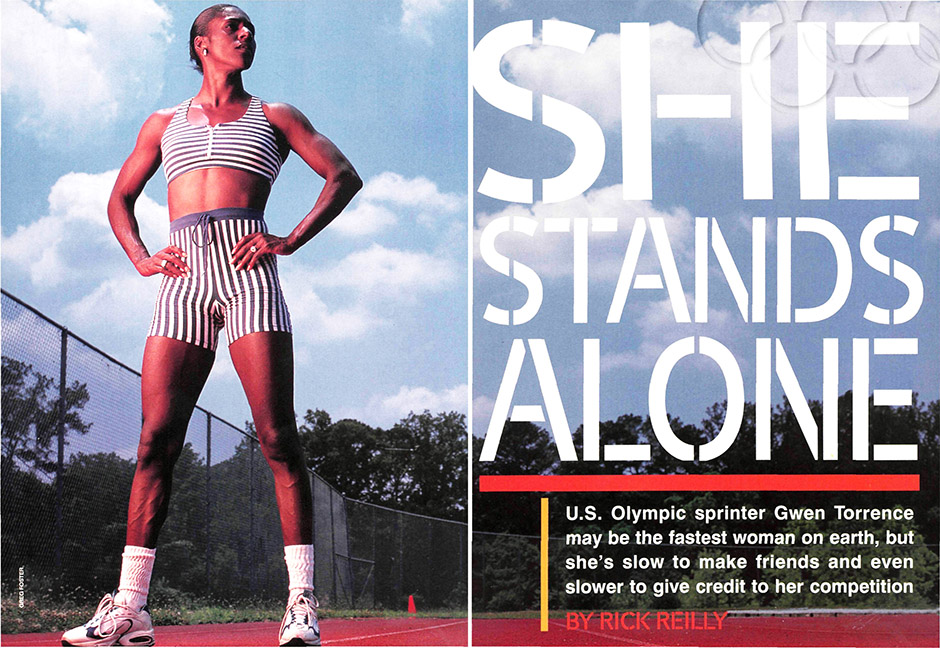 U.S. sprinter Gwen Torrence wearing the Air Max Triax from the pages of Sports Illustrated in 1996 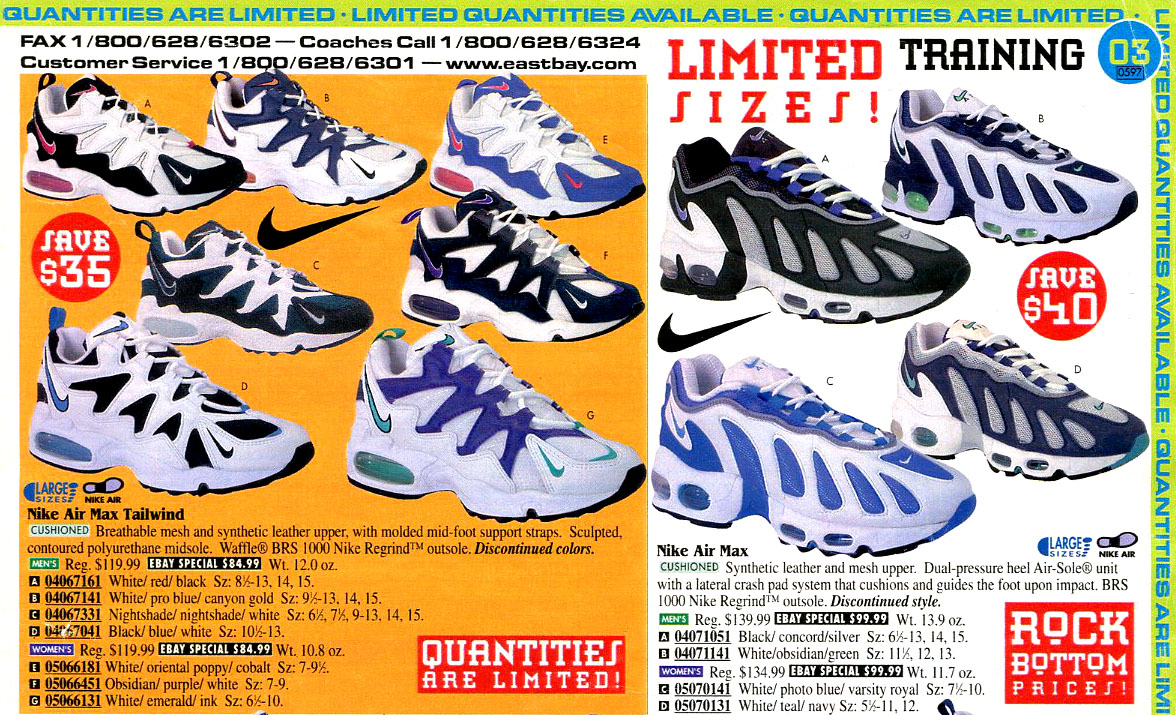 See the classic Air Max models the way most of us older sneakerheads remember them best, in the pages of Eastbay. 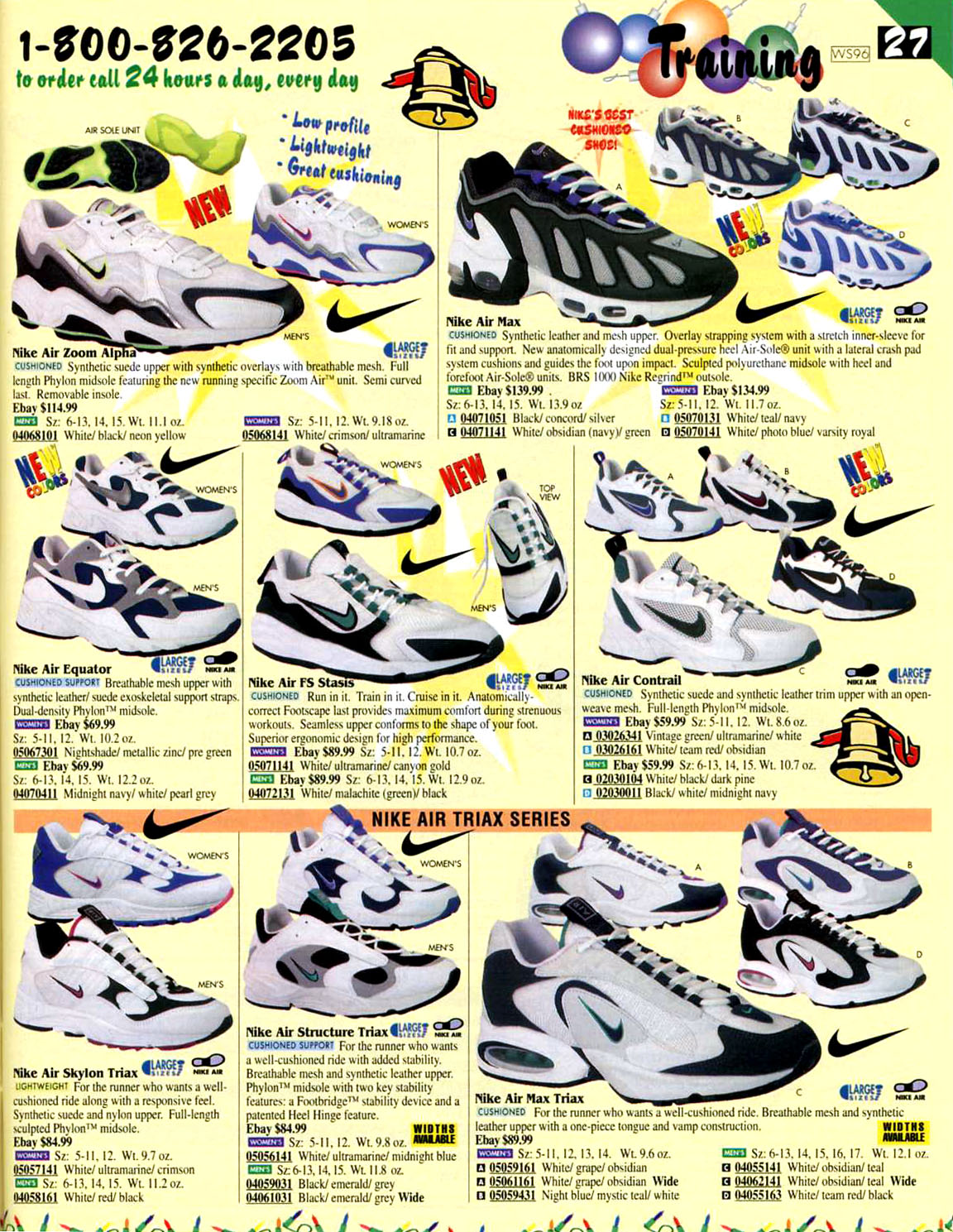