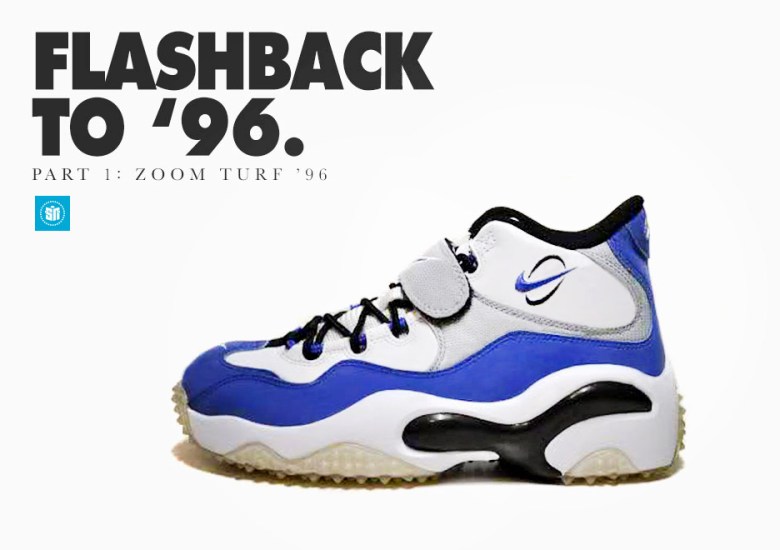 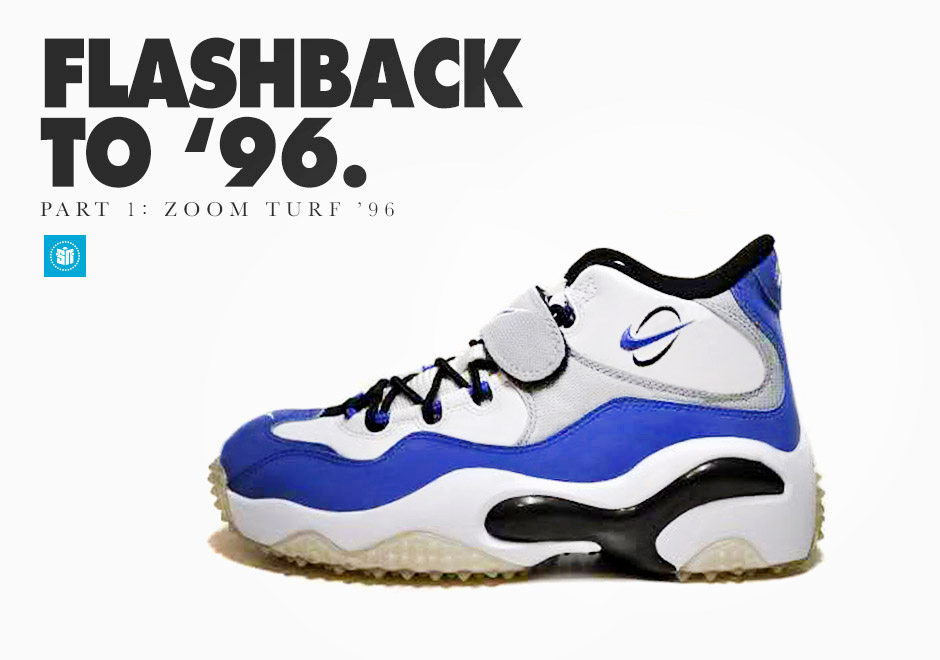 1996. It’s a year with much importance to the sneaker world, with some of the greatest and still most beloved sneakers of all time were released during that 365 day period. Along with the array of amazing sneaker designs, the sports world was also booming in ‘96. In basketball, we all watched history be made in the NBA with the 72-10 Chicago Bulls, a brash rookie named Allen Iverson taking the league by storm in his first Reebok signature shoe, and Dream Team II taking home the gold medal at the Summer Olympics in Atlanta. Meanwhile, the always-popular New York Yankees and Dallas Cowboys each won titles in their respective sports, and a young golfing sensation named Tiger Woods turned pro, starting his legendary career.

With all of the memorable sneakers and sports moments of 1996 in mind, we’re continuing our Flashback series with a look back at some of the greatest hits from the year that would prove to be indispensable to sneaker culture. From the Air Jordan XII to the Reebok Shaqnosis, we’ll be reminiscing about all of the biggest hoops shoes of 1996 later, but with the Super Bowl on the way this weekend, let’s start with one of the most memorable turf training shoes ever, the Nike Zoom Turf ‘96. Continued reading for all the details of the popular turf shoe, still hailed as one of the coolest training models from Nike twenty years later. 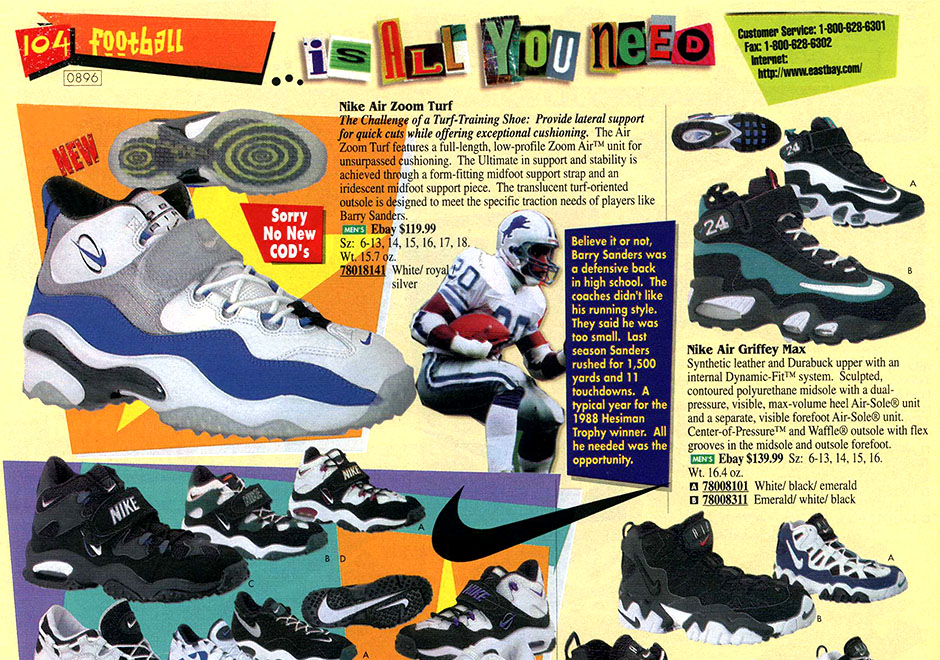 Built for the Turf

The Nike Zoom Turf debuted in 1996 and was designed specifically for football as a premier performance option for playing on Astroturf on game day thanks to the grippy nubbed outsole, lockdown support, and Zoom Air cushioning. Doubling as a versatile all-around trainer, the Zoom Turf also had a third usage in ‘96: one of the coolest sneakers for casual wear on the market. The Zoom Turf caught attention on the streets with its eye-catching design featuring a midfoot strap and unique midsole support plate, which made for one of the boldest designs yet in a Nike Training line with no shortage of bold sneakers before it. See all the specs of the Zoom Turf straight from the original Eastbay page above. 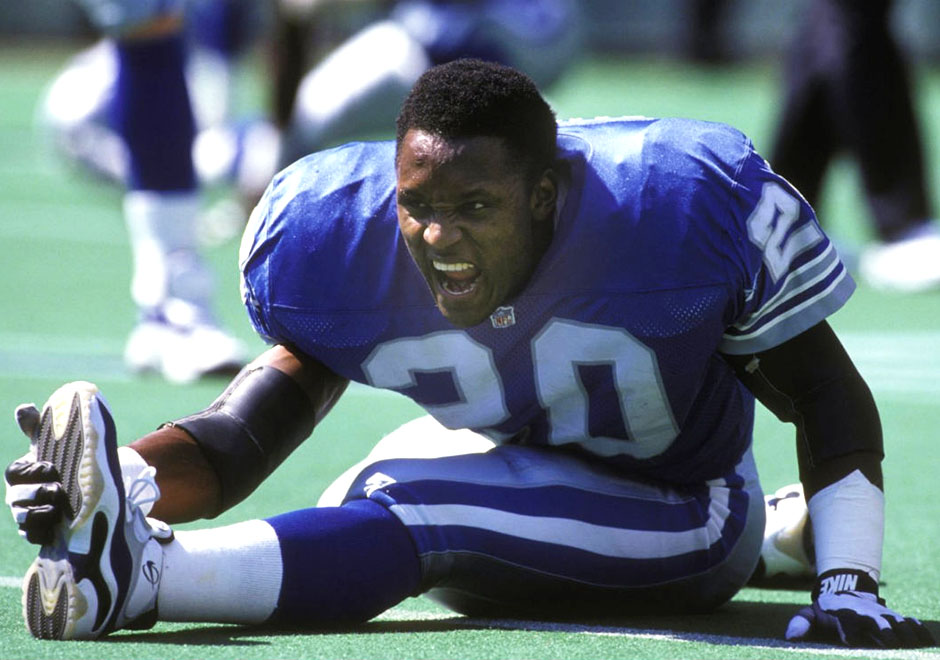 Although not a officially a signature shoe, the Zoom Turf was closely associated with Barry Sanders. A Hall of Famer and one of the greatest running backs of all time, Sanders championed the Zoom Turf that uncoincidentally debuted in a Lions-friendly colorway. Although loosely his signature model, it was also produced in team colorways and worn by almost every Nike-sponsored NFL player at one time or another in 1996 and ‘97 for games on Astroturf. For one of the more interesting hybrid sneakers ever, Sanders wore special PE’s of the Zoom Turf with the sole of the outsole of the Air Jordan XI. Often wearing basketball sneakers for games on turf early in his career like the Air Force V and Air Max2 Uptempo, Barry apparently didn’t prefer the more grippy nubbed sole of the Zoom Turf, so he had Nike make him the shoe with a basketball sole. The Air Jordan XI happened to have a similar tooling as the Zoom Turf, so it was a perfect match. 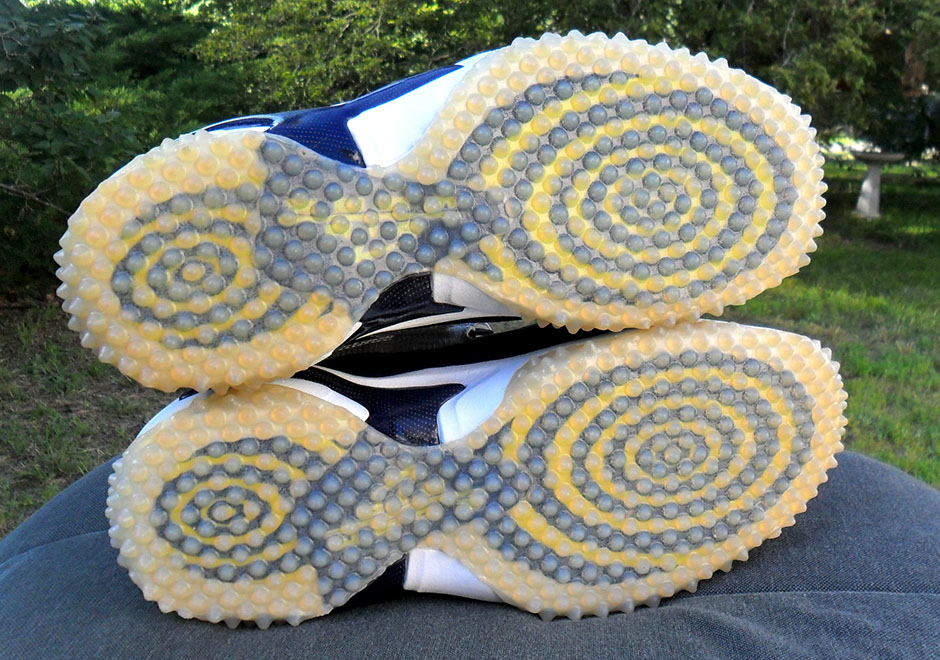 The Zoom Turf was among the first shoes ever that featured Nike’s then new Zoom Air, the more responsive and lower-to-the-ground iteration of Air. Still the favorite of Nike’s cushioning platforms for many today, Zoom was a brand-new thing when the Zoom Turf launched in 1996. The new Zoom Air was promoted on the Zoom Turf and other early shoes which utilized it—the Zoom Flight ‘96 for basketball and Andre Agassi’s Air Zoom Challenge for tennis—with a hypnotic spiral design on the outsole. Zoom Air proved to be ideal cushioning for the unforgiving Astroturf, and became a popular option in the NFL for Nike’s athletes at almost every position. 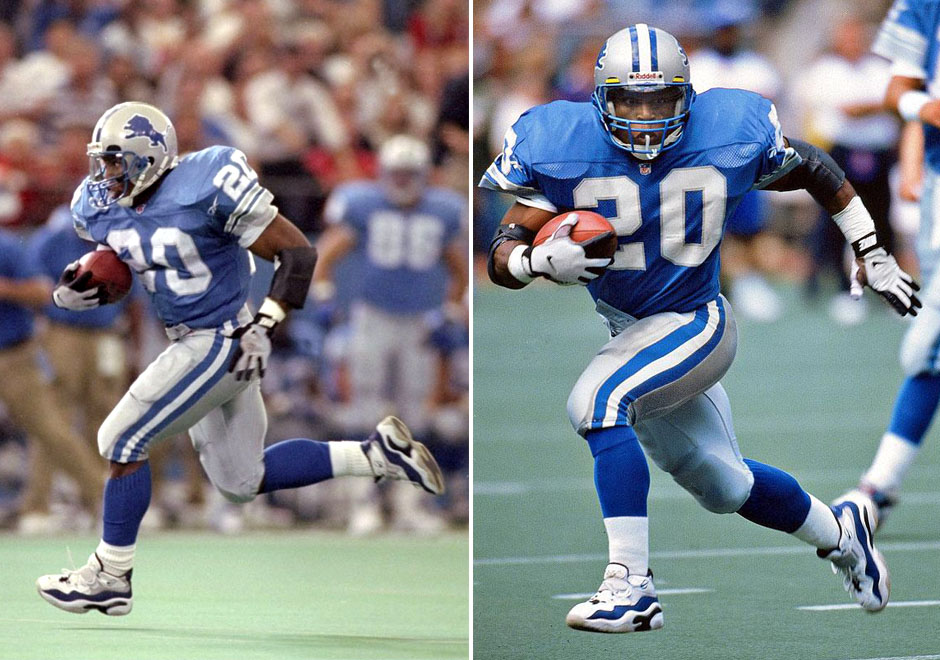 Now flashback to 1996 (and ‘97) to see the Zoom Turf in action with these vintage shots. 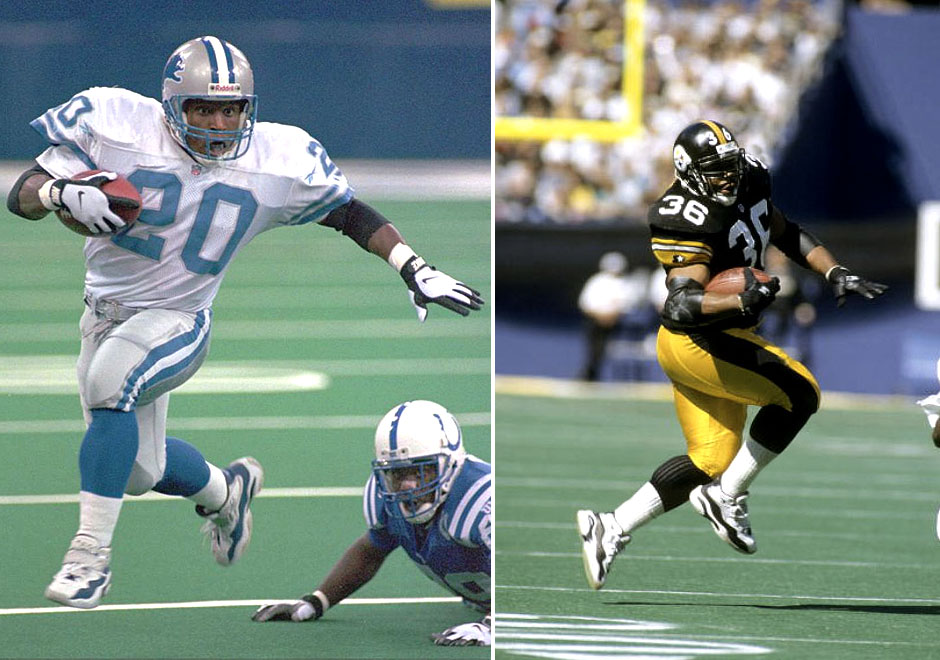 One more of Barry, and Jerome Bettis 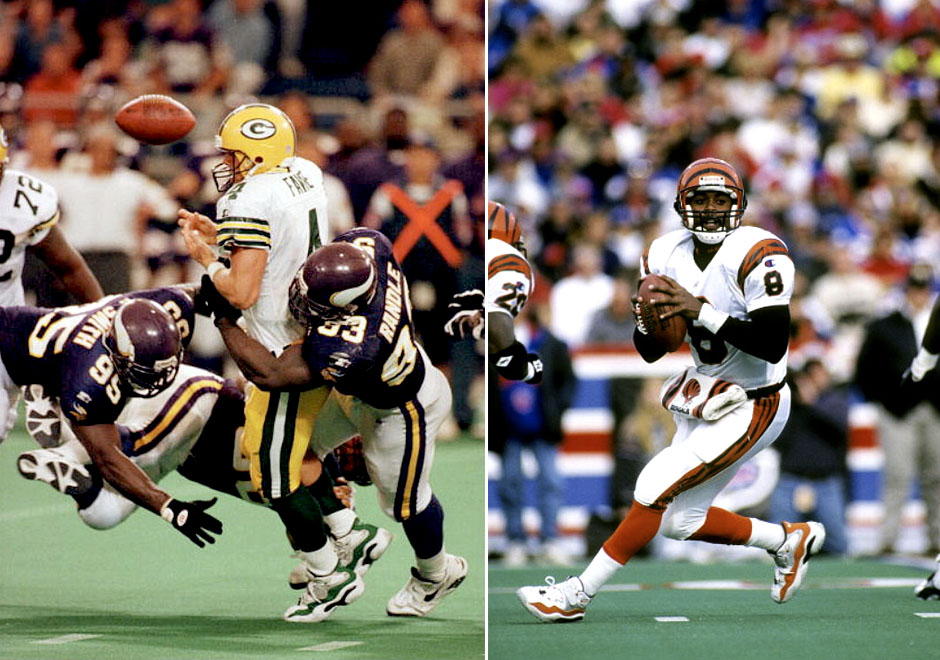 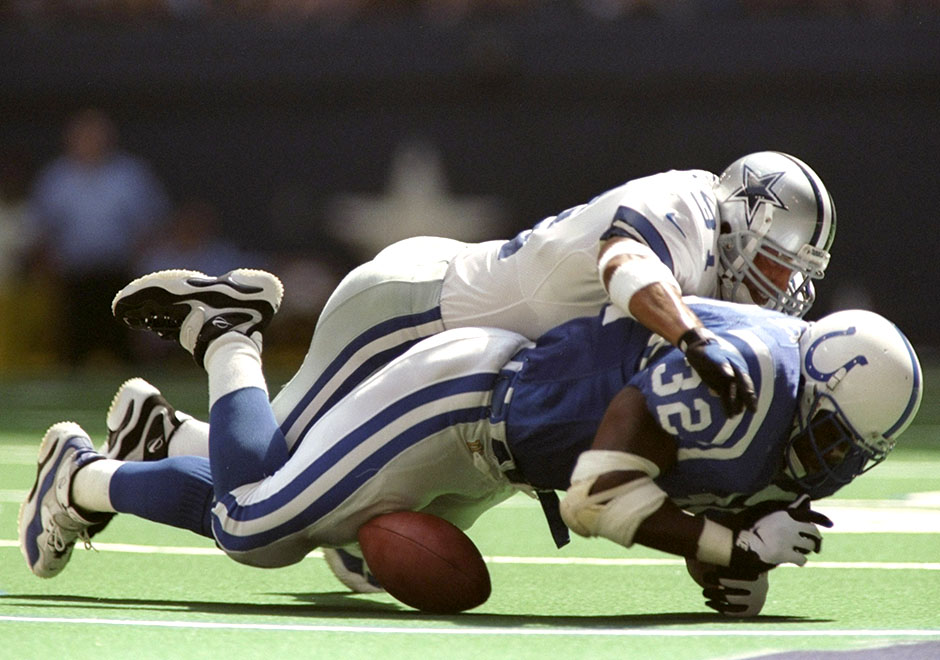 Marion Brock of the Cowboys and Zack Crockett of the Colts 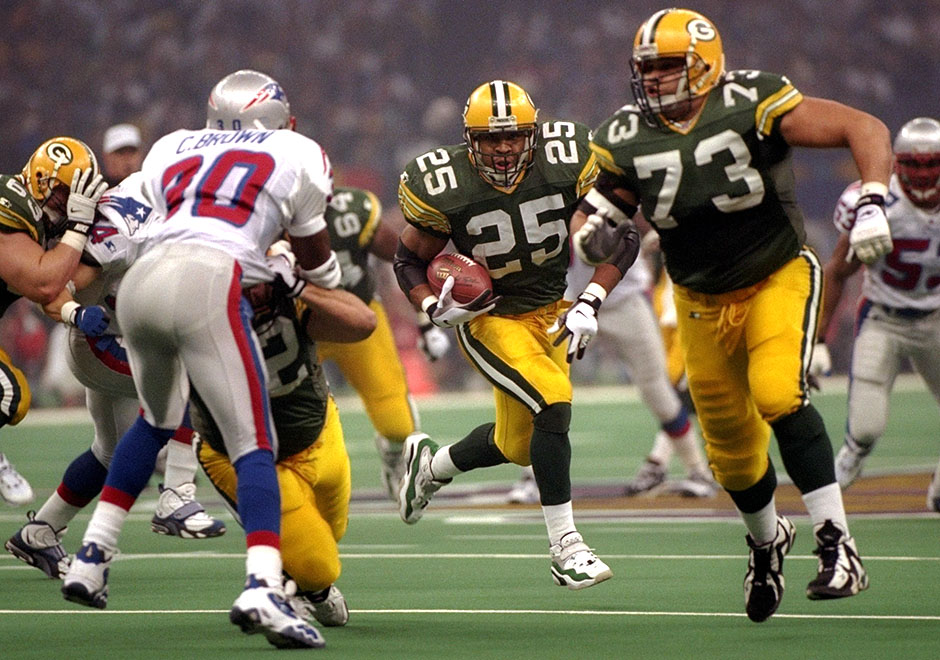 The Zoom Turf was still popular in 1997, and made it all the way to Super Bowl XXXI. Seen here on the feet of Dorsey Levens, other Packers also wore the green-accented colorway. 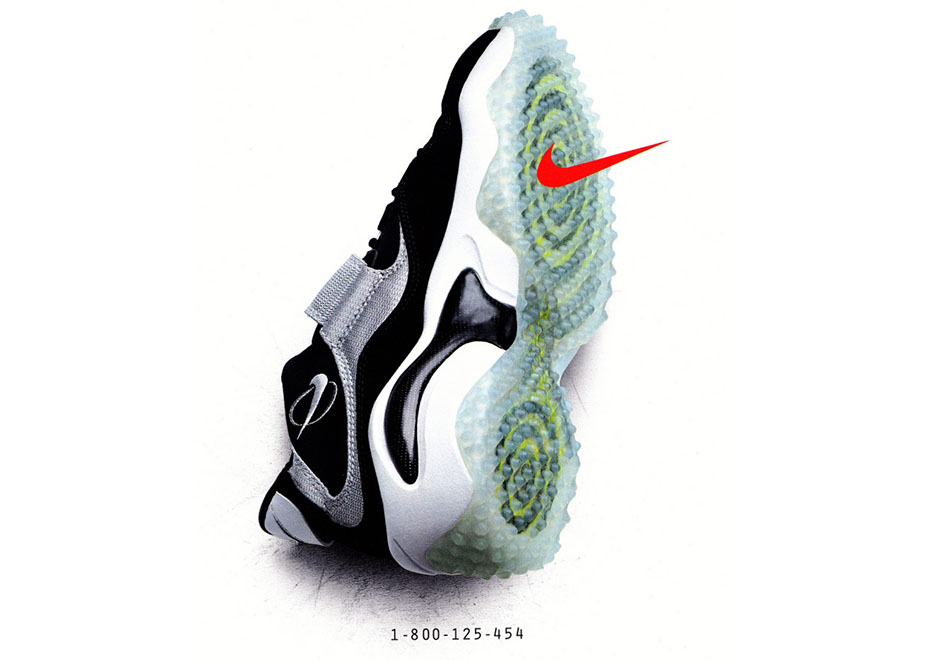 The original Nike Ad for the Zoom Turf in all its glory.

Stay tuned to Sneaker News for more Flashback to ’96 entries, where we’ll reminisce about some of the greatest models from the important year in sneaker history.