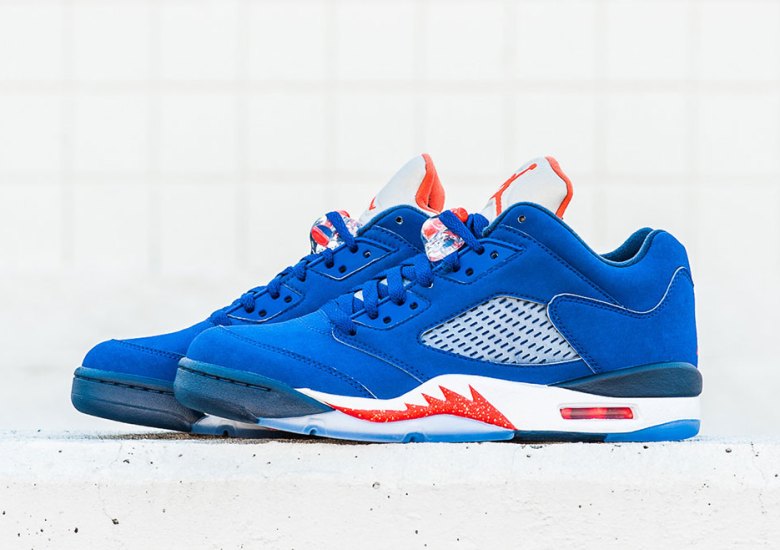 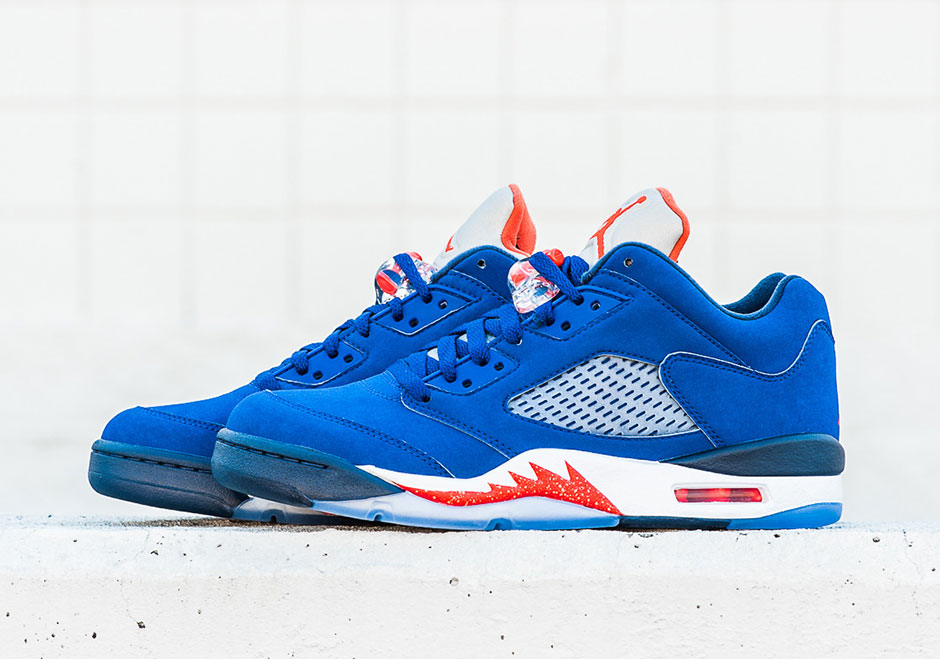 Has an opposing fanbase ever loved a foe as much as New York Knicks fans love Michael Jordan? They might admit to booing MJ and egging him on toward a double-nickel performance in his first game back to MSG post-retirement, but Knickerbocker fans have as profound a respect for His Airness as any NBA fanbase, perhaps because MJ enjoyed beating up on them so much. Jordan Brand is returning late this March with yet another Knicks reference atop the now frequently featured Air Jordan 5 Low. The bold Deep Royal Blue, Team Orange, and Midnight Navy combination keeps a bit of traditionalism in the form of translucent mesh side panels and an icy blue outsole. The Jordan 5 Low “Knicks” is slated to release on March 28th for $175. Check out a better view below and know that you can grab these Knicks Jordan 5 Lows from spots like Politics and right now on eBay. 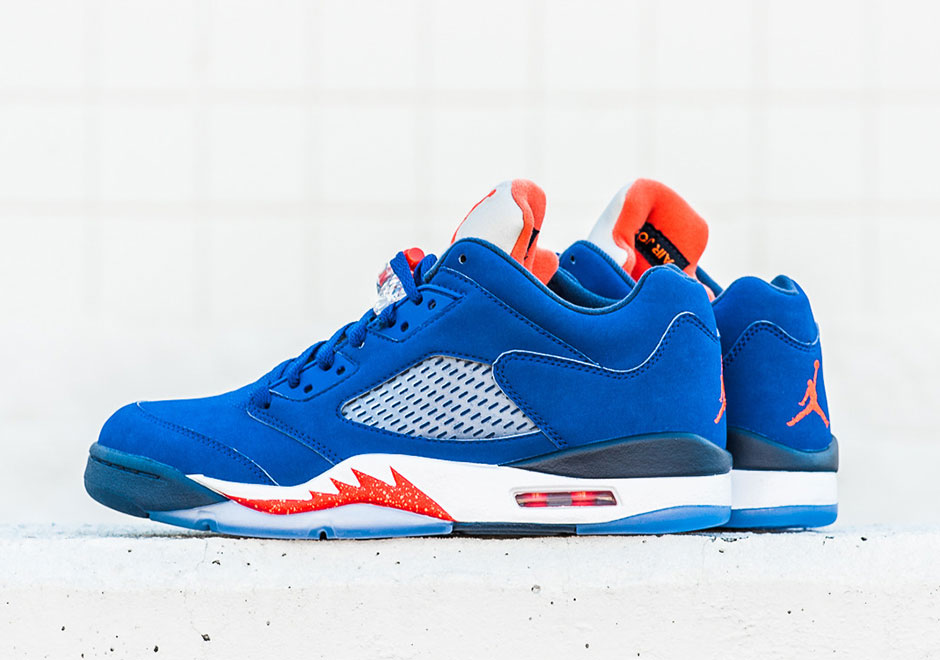 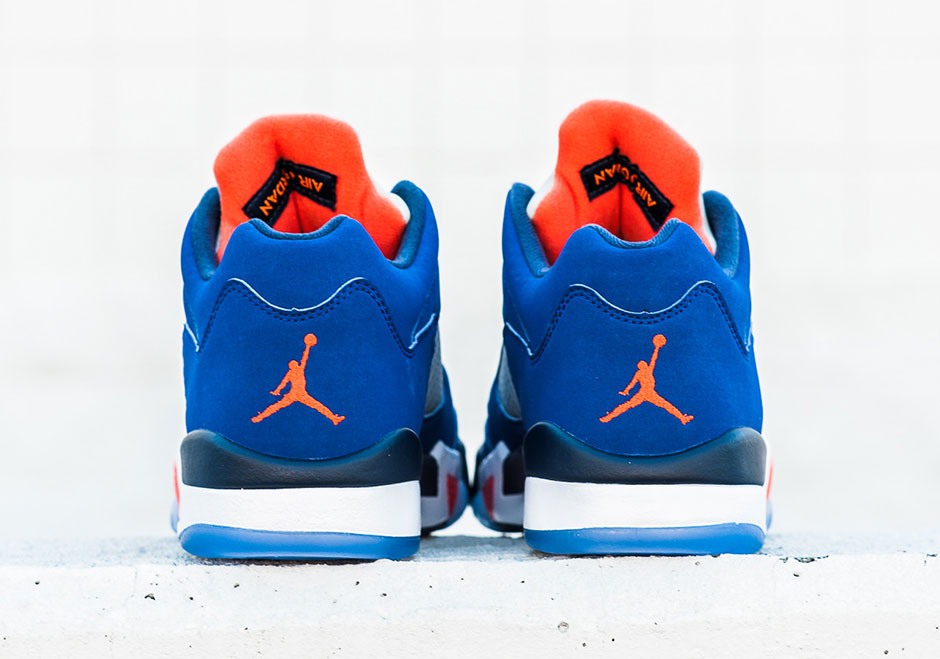 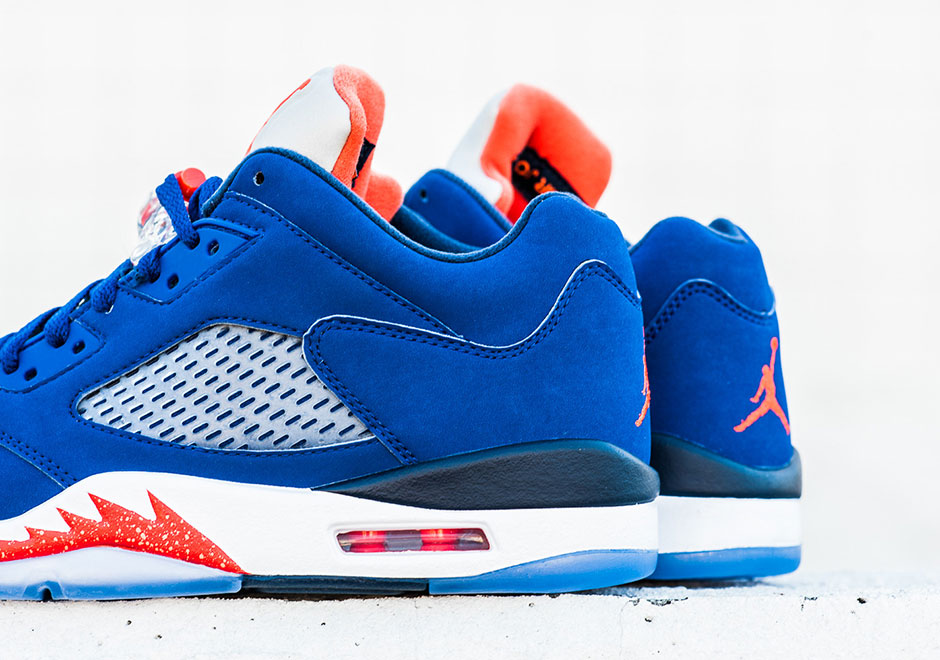 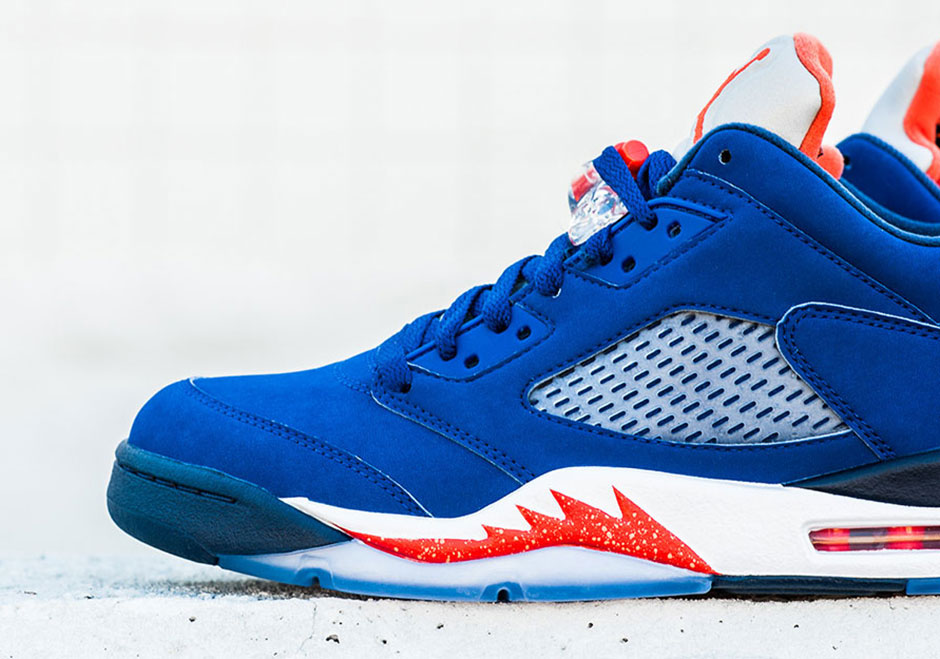 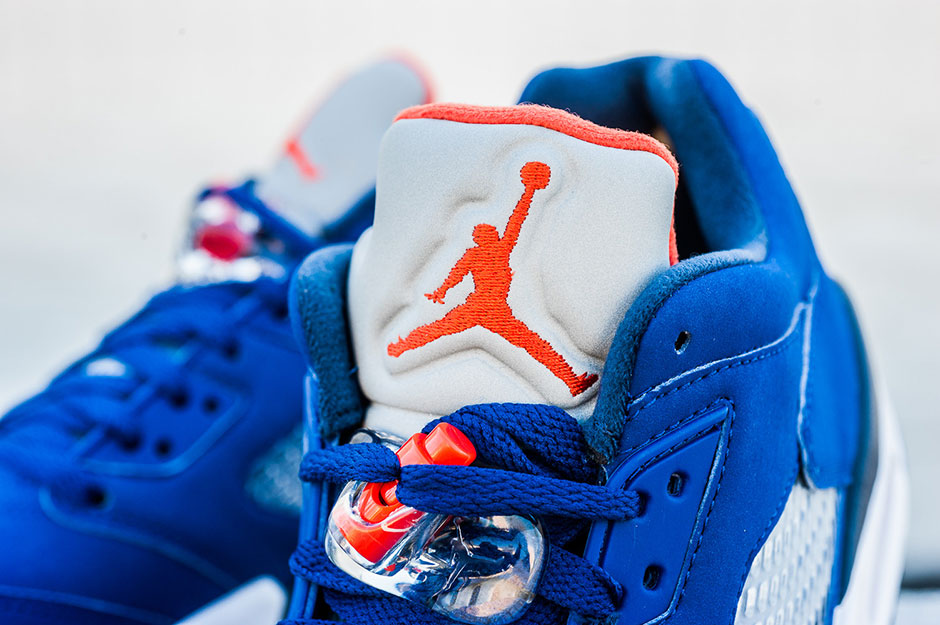 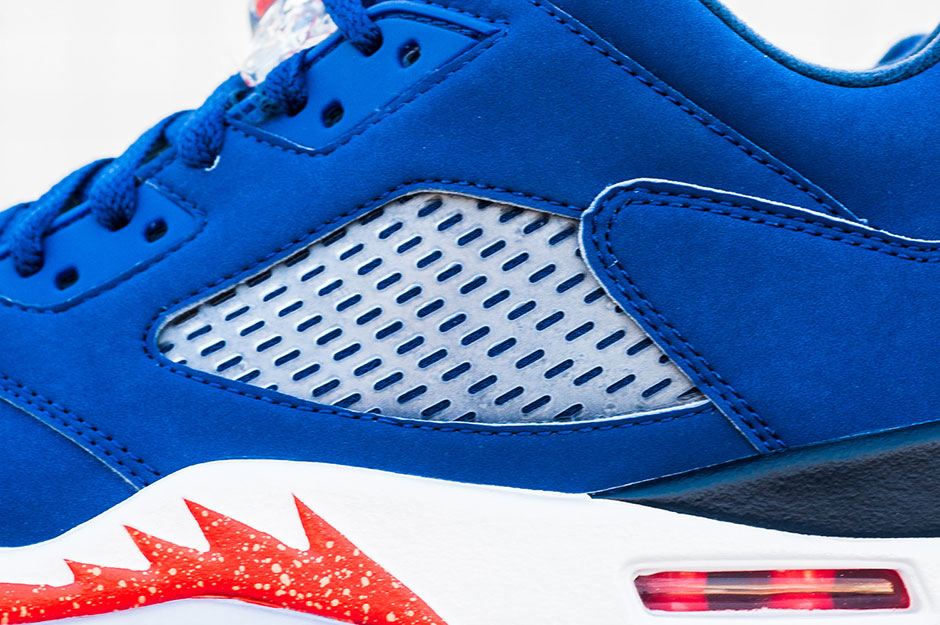 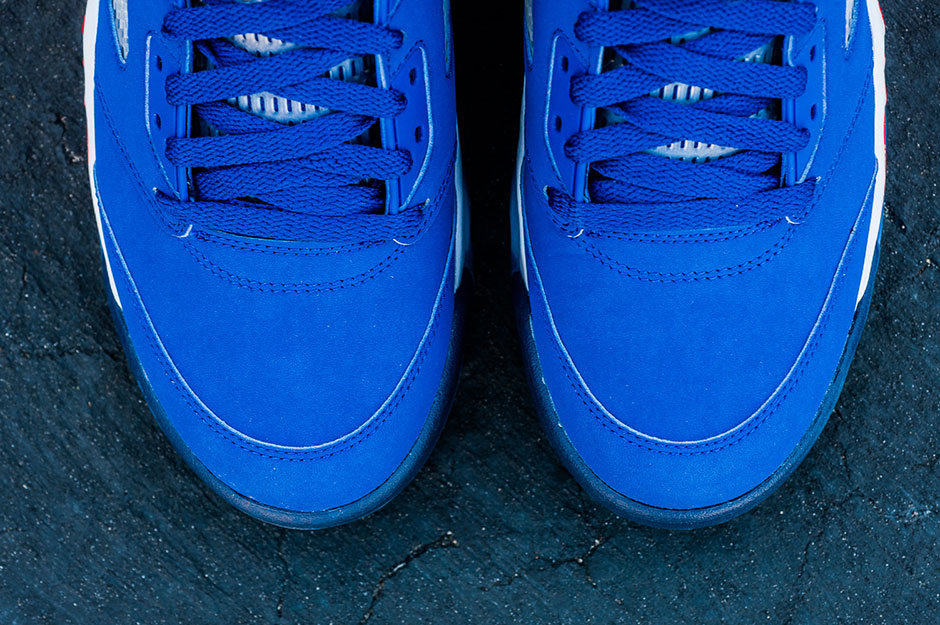 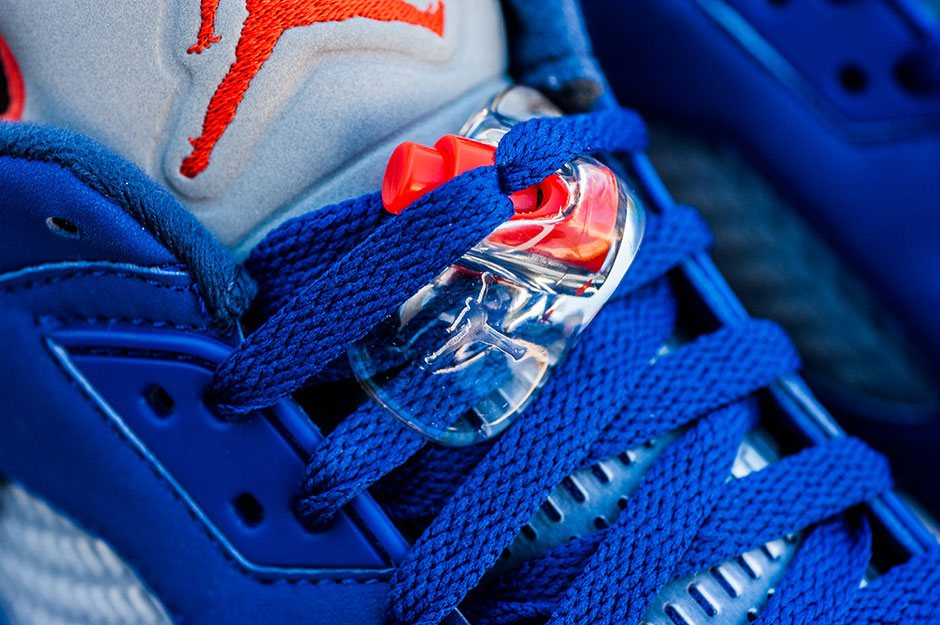 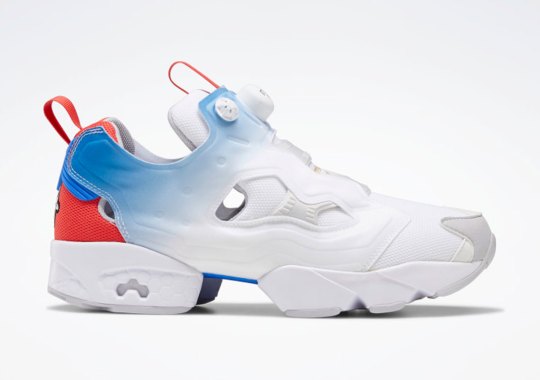