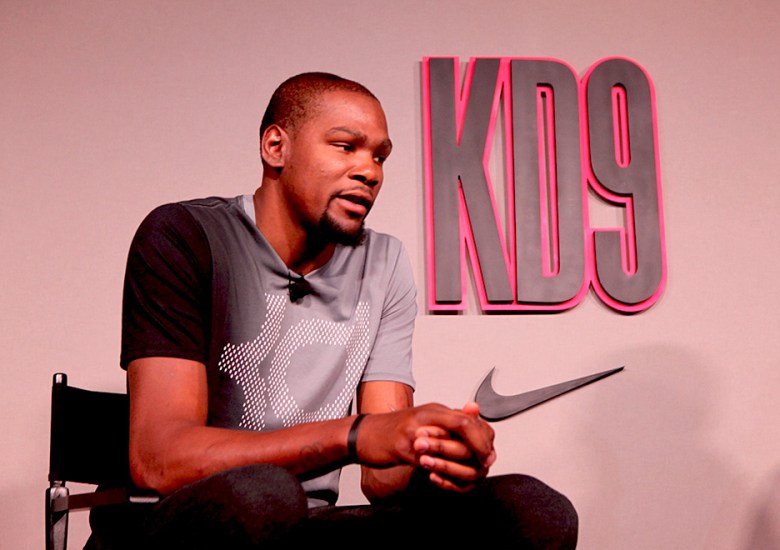 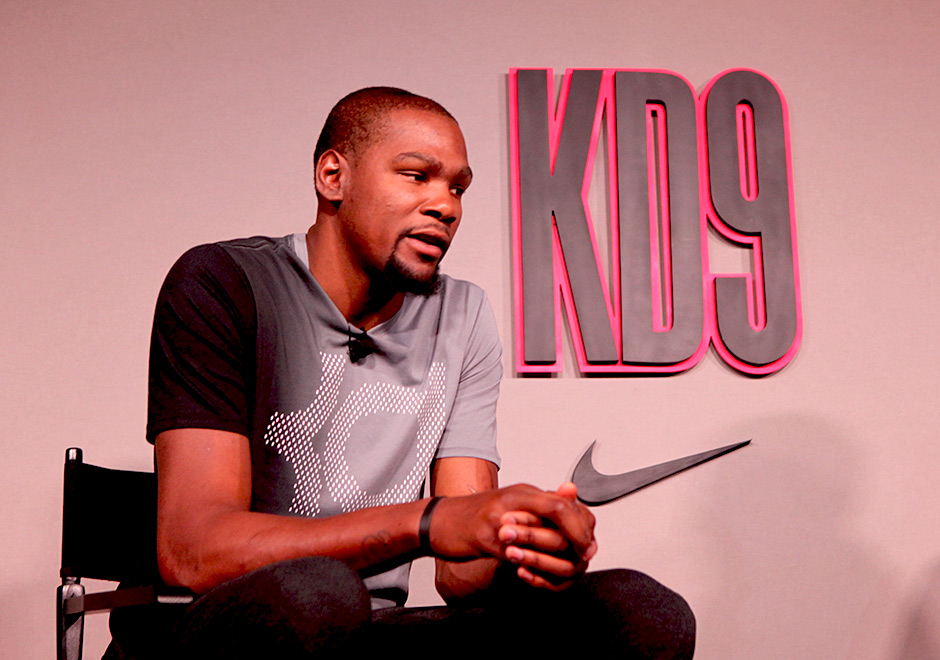 Roughly a decade ago, Kevin Durant was fresh out of college as the number two overall selection in the 2007 NBA draft. Coming off an incredible season with UT, Durant was poised for stardom from the get-go and humble kid from Seat Pleasant, MD now found his basketball career take him from the heart of big country to the Pacific Northwest. From there, he moved on to Oklahoma City, a blue-collar city with a sense of community as strong as the thunderous climates. Every where he went, KD put the city on the map, and for the launch of the KD 9, he returned to where he established Longhorns basketball to present his all-new Nike sneaker at a special event in Austin, TX. 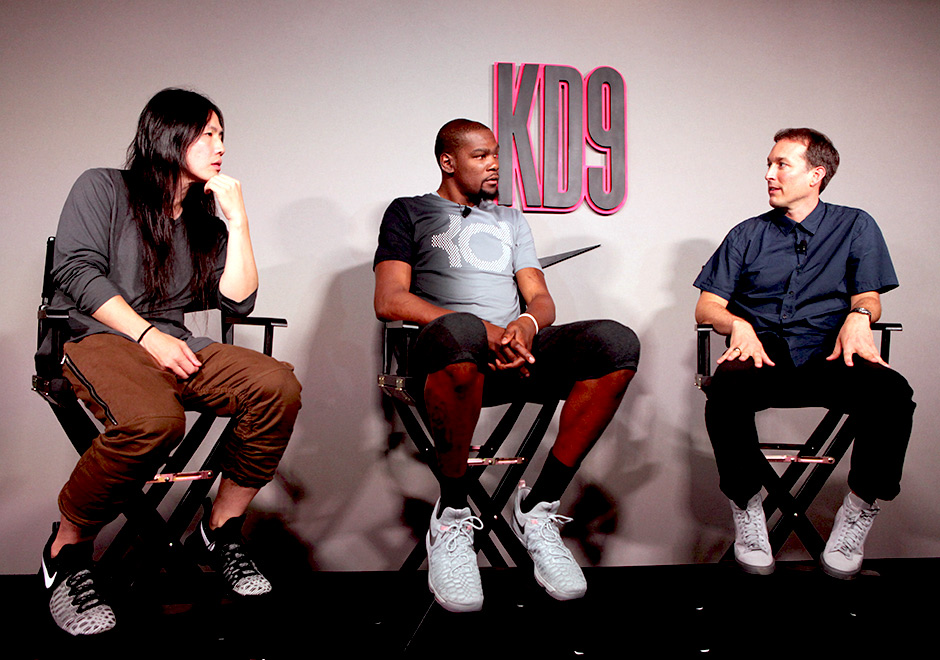 We already know that his humility and strong family values come before basketball. They are major driving forces to his growth into elite status in the NBA and as one of Nike’s most cultured, intelligent, and thoughtful athletes. His desire for close-knit bonds strongly influenced his relationship with designer Leo Chang, who started the journey with the future star back in 2007. As a 19-year-old working with a massive brand like Nike, KD accepted that his role with the brand was as simple as wearing what he was given. But Nike’s process is deliberate, concise, and surprisingly intimate – and there’s no doubt that his working relationship with the brand has helped him mature on the basketball side of things. The KD-Leo relationship has influenced the world of footwear design immensely as well, putting the Maguires and Tidwells of the world to shame. 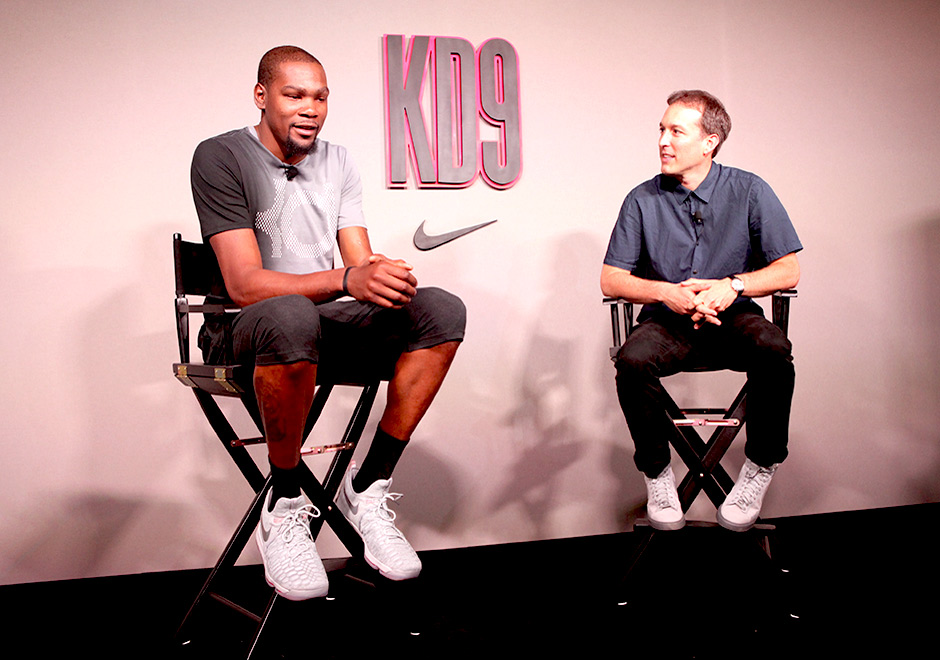 The event was, surprisingly, not much focused on the shoes, but on Kevin Durant’s growth evolution from a lanky college freshman to a dominant athlete at the doorstep of championship glory. With Nike Global Communications Director Chad Kersman joining him on the stage, Kevin talked very candidly about his loss to the Warriors in the Western Conference Finals, brand-mates LeBron and Kyrie winning one for Cleveland, his excitement for the upcoming Rio Olympics, and his impending free agency. During this open chat, KD reveals even more that he’s really just one of us, blessed with a magnificent skill set that has been cultivated by intense commitment to the game. Nine signature shoes don’t just fall on one’s lap, and KD has proudly earned every single one of them. 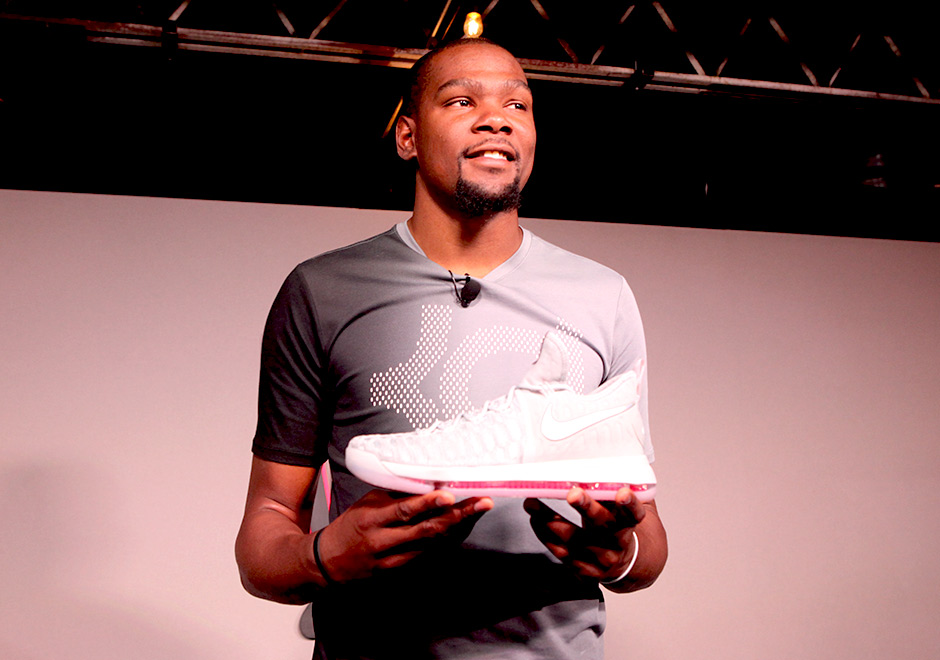 The KD 9 launched today in subtle, sleek, and sexy colorway of grey and pink. It boasts two of Nike’s most pleasing innovations – Zoom Air and Flyknit – at a pricepoint that makes it a no-brainer cop. It’s got the perfect blend of wearability on and off the court, which we know now is difficult to achieve this far into basketball sneaker history. And most importantly, it fits to KD’s versatile game. That’s a recipe for success that will jump-start Nike Basketball after what was a bit of a down season with the previous model, and it will only set the stage for what will be a earth-shattering KD 10.

For a full stream of the event, check out our Facebook page. The Nike KD 9 is available at 7PM EST at Nike SNKRS at select retailers worldwide. 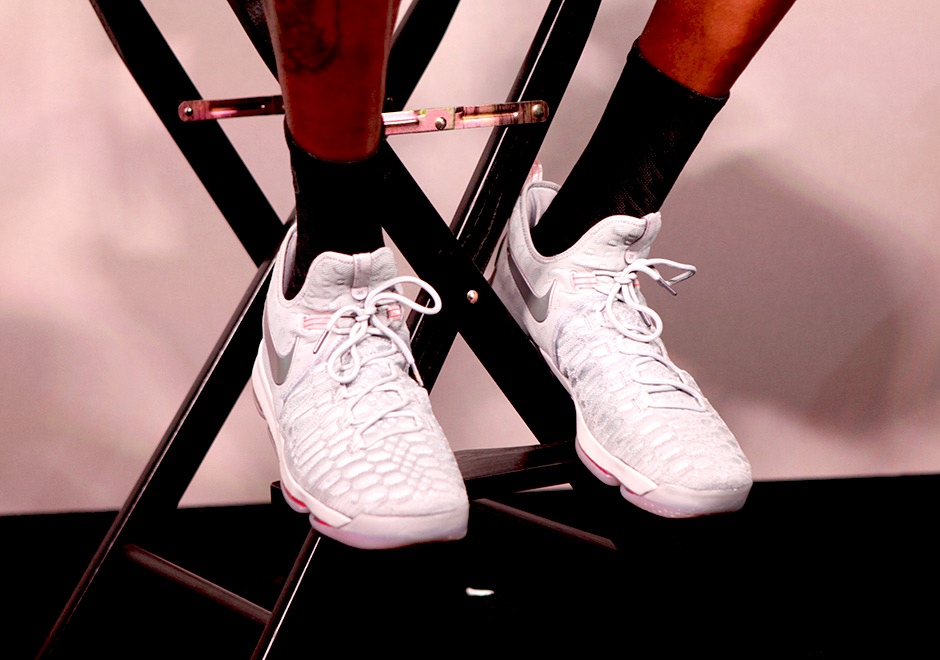 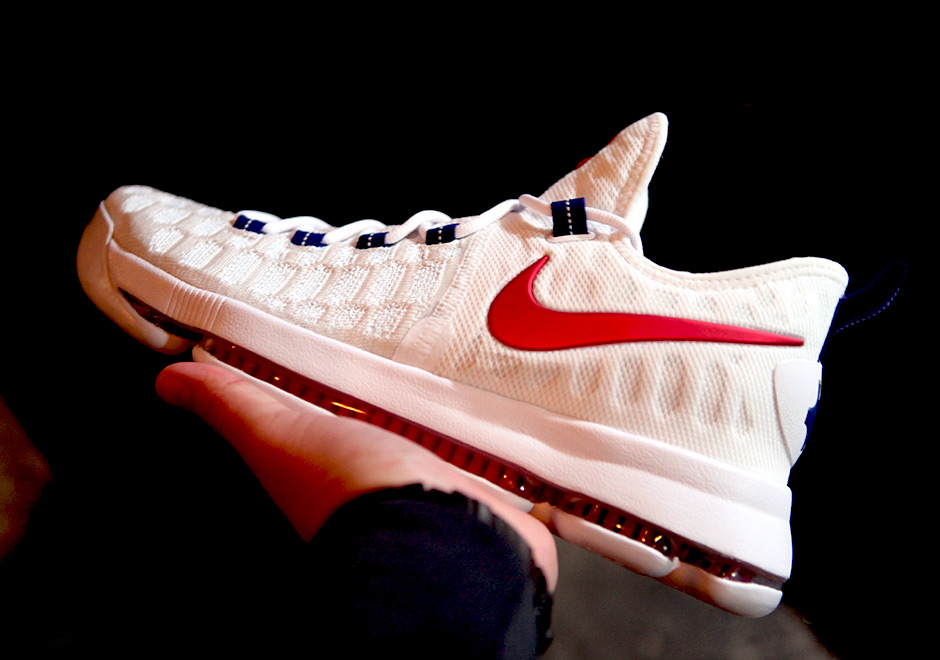 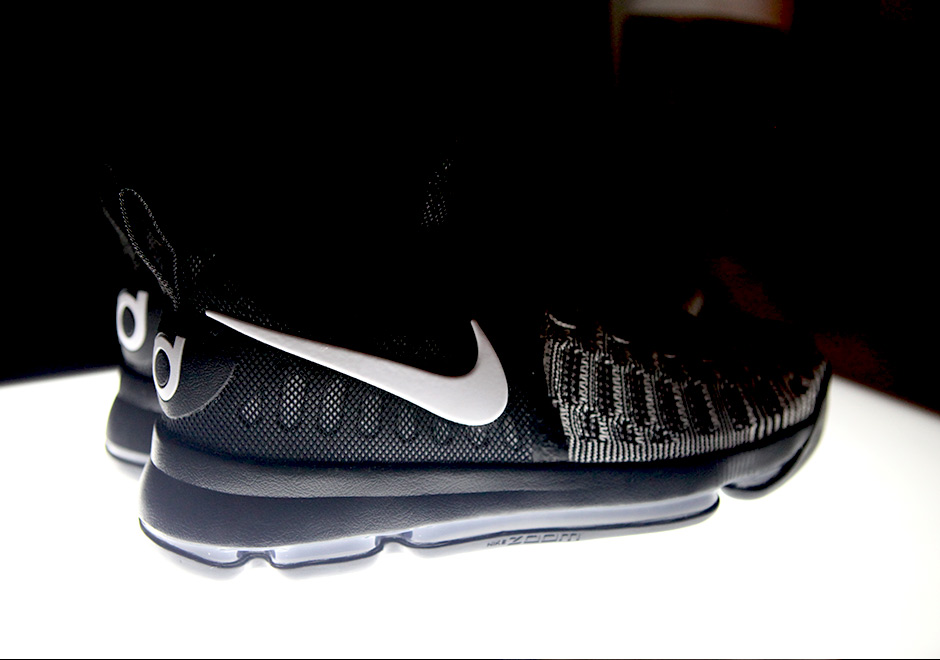