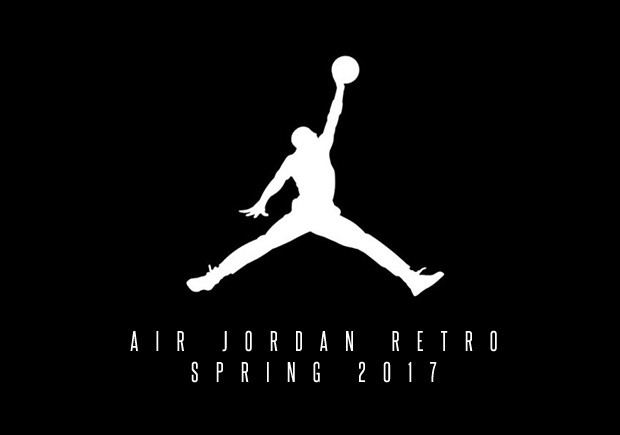 Jordan Brand has their earliest releases of 2017 already planned out and we’re here to give you a quick rundown of what’s in store for the Jumpman’s Spring 2017. February always marks a special time in the release slate, as Nike plans a number of special edition “All-Star” colorways alongside a number of retros. 2017’s All-Star festivities will bring a special Air Jordan 6 colorway commemorating all of Michael Jordan’s accomplishments in the ASG on February 17th. The following weekend the Air Jordan 12 “Playoff” will release in a new low-top form. Late February and March brings both an Air Jordan 8 and Air Jordan 6 release, each described as “Alternate” which could continue Jordan’s revisionist’s history on sample colorways that could’ve released back in the 1990s. The March Madness celebration kicks off in March with an Air Jordan 12 Low “Georgetown” release as well. Check out all of the release dates below and while we don’t have any preview images just yet, expect more updates in the future right here on Sneaker News.