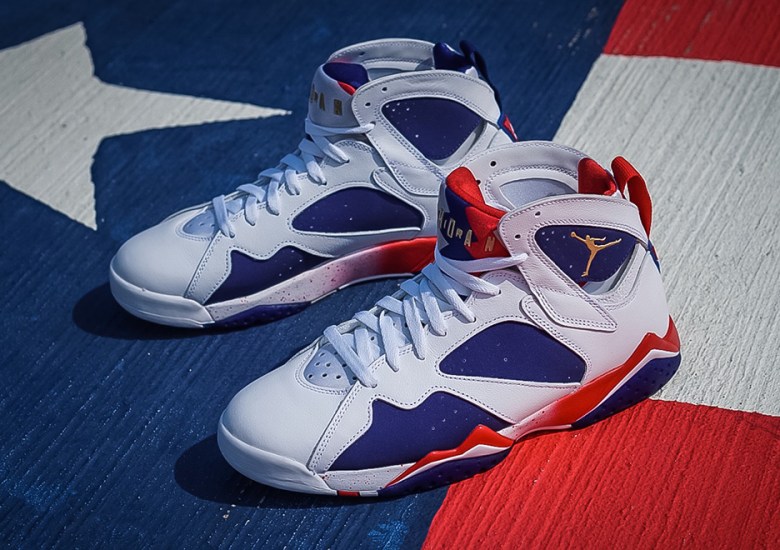 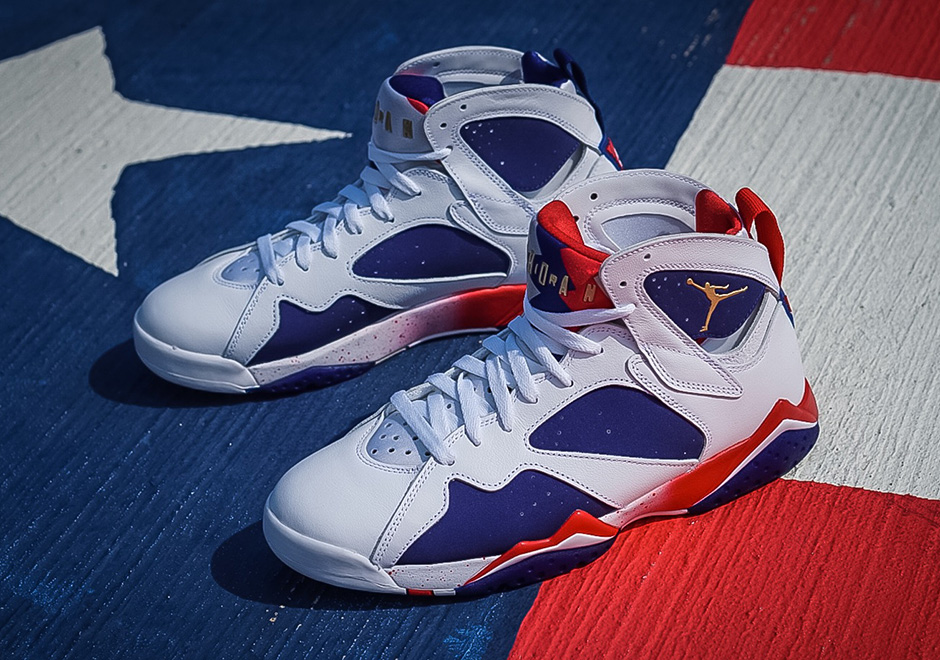 It’s been almost 25 years since NBA players first stepped foot into international competition with the legendary USA Dream Team at the 1992 Barcelona Olympics. Instead of releasing the iconic “Olympic” Air Jordan 7, a pair that has seen a retro release three times plus the nearly identical “For The Love Of The Game” colorway in 2010, Jordan brand is going an alternate route this year. The Air Jordan 7 “Olympic Alternate” will hit retail shelves for the first time ever, as the Jumpman is unearthing an unused patriotic Olympic-themed Tinker Hatfield design dating back to 1992. The bold pair features an American flag stamped on the heel with Jordan’s Olympic number 9. A red gradient midsole stands out while Deep Royal Blue and White alternate throughout the upper. Premium accents of metallic gold hit throughout in honor of the Dream Team’s perfect record and Gold Medal accomplishment. Be sure to check out more of the latest Olympic Jordan release below and know that you can grab your pair on August 6th for $190 USD. 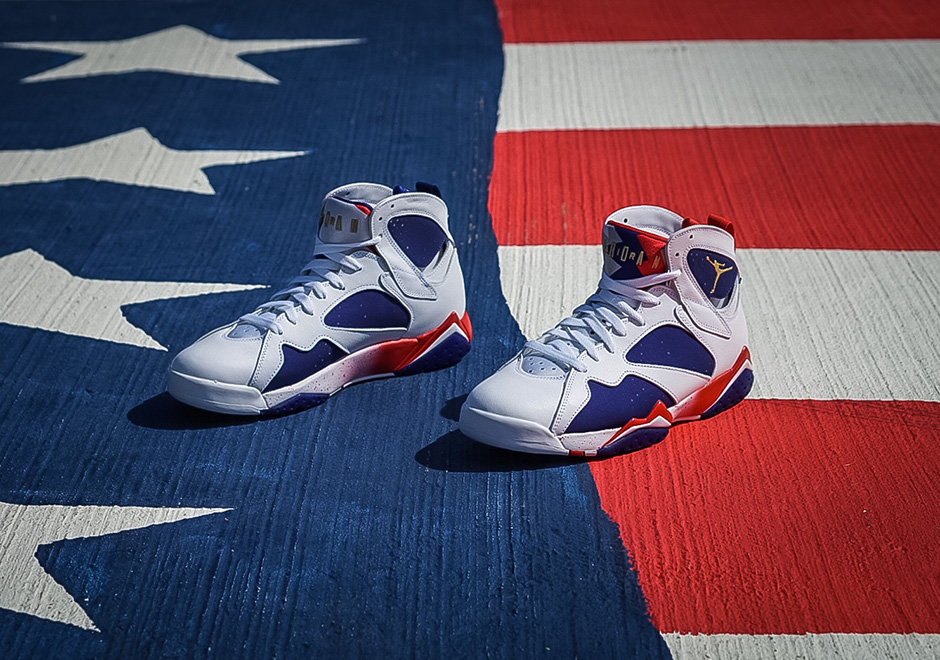 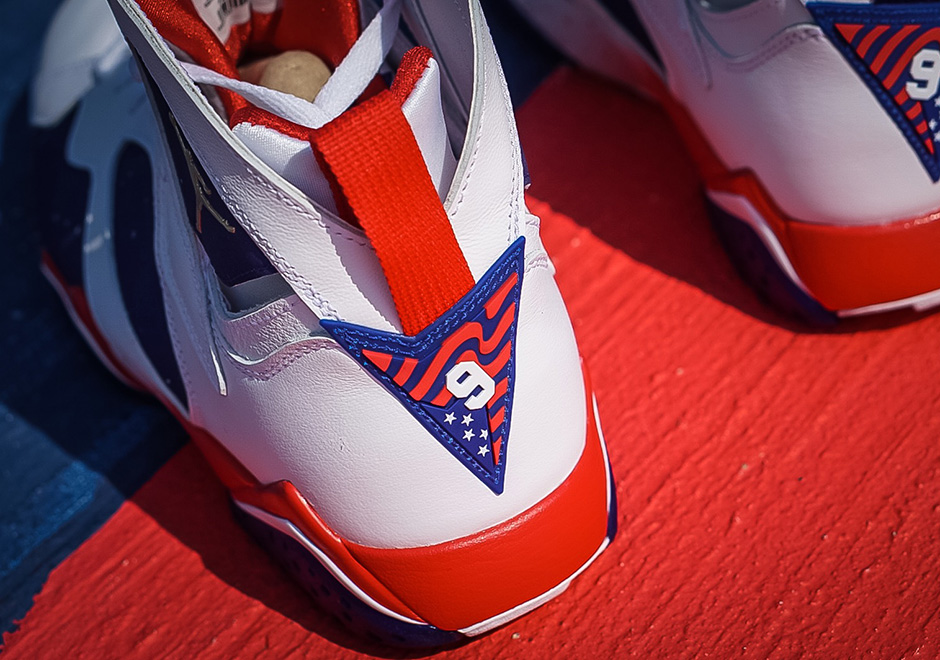