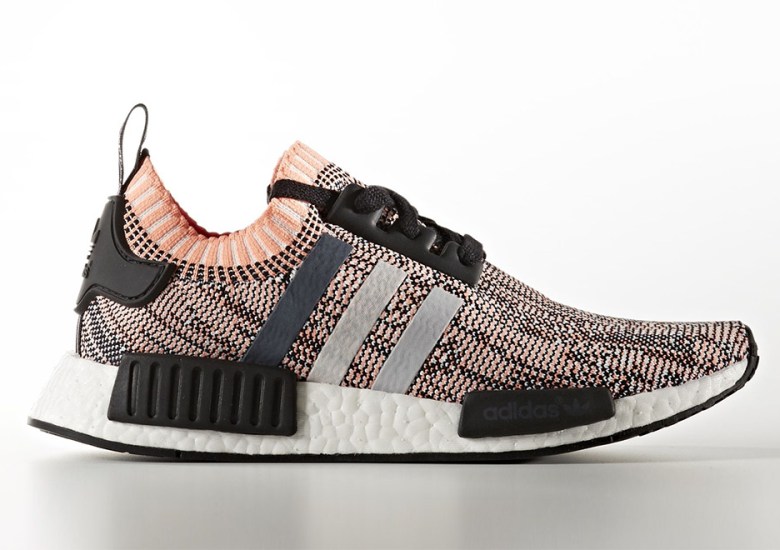 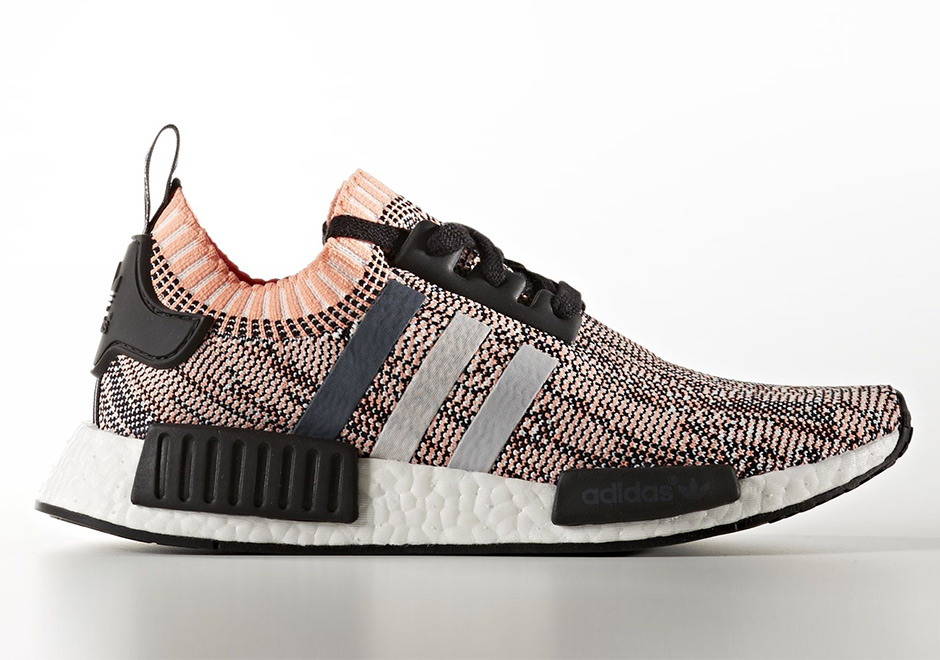 The adidas NMD 2017 release slate is already being showcased in select colorways. We already know that a certain shade of “Salmon Pink” will be a hot commodity heading into the new year for the three stripes, with the adidas NMD XR1 “Duck Camo” featuring the lifestyle-inclined hue and a new adidas Ultra Boost 3.0 coming in the same aesthetic (but more on that later).

Today we get a look at the adidas NMD in a premium Primeknit construction with a marbled black and salmon pink upper accented by unique three stripe side panel branding. adidas Originals has been experimenting with the classic three stripes on the likes of their upcoming “Tri-Color” Pack and here the branding mixes things up with each stripe ranging from a stark black to off-white and grey. The ankle collar showcases the salmon pink to its full extent while black accents keep things simple on the heel and midsole.

What do you think of this upcoming adidas NMD 2017 pair in “Salmon Pink”? Check out more official photos below and stay tuned for a release date right here on Sneaker News. 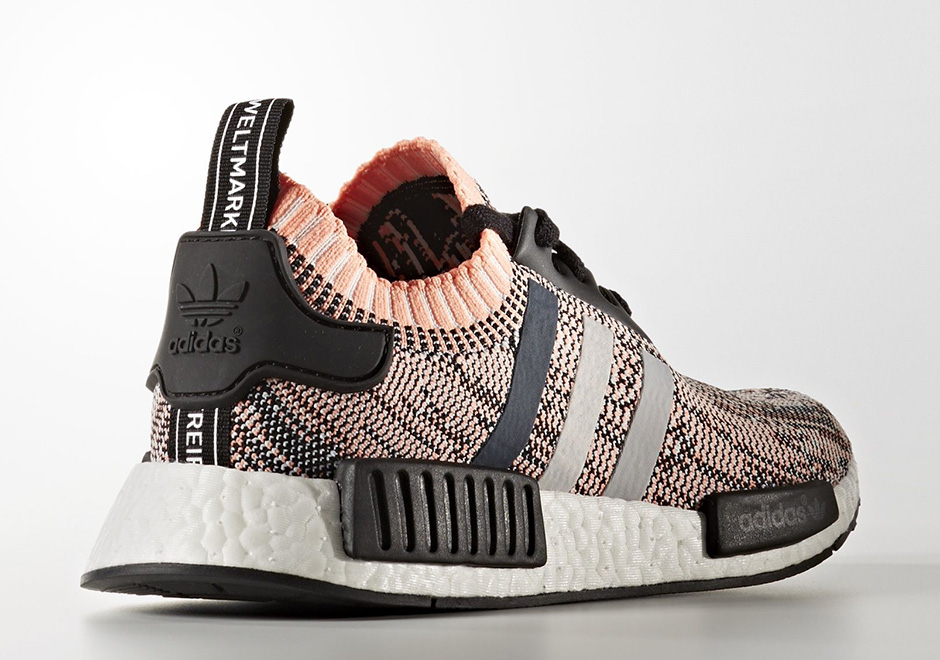 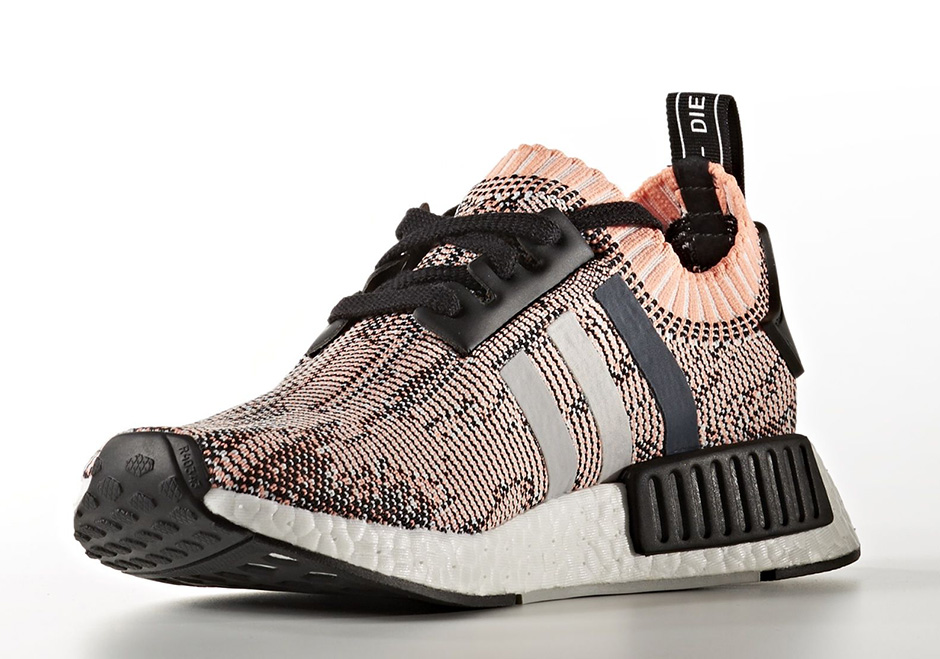 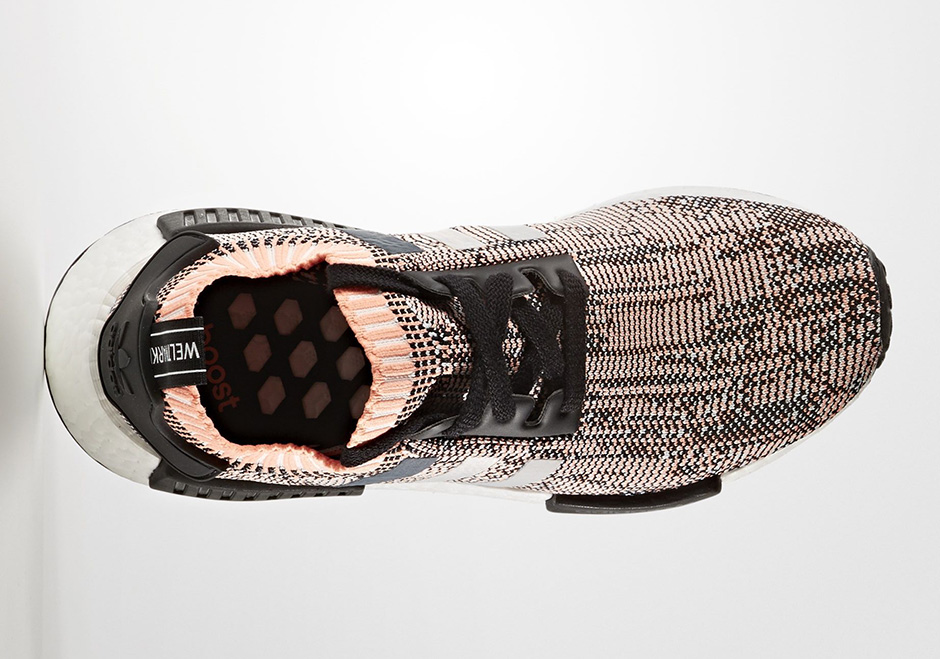 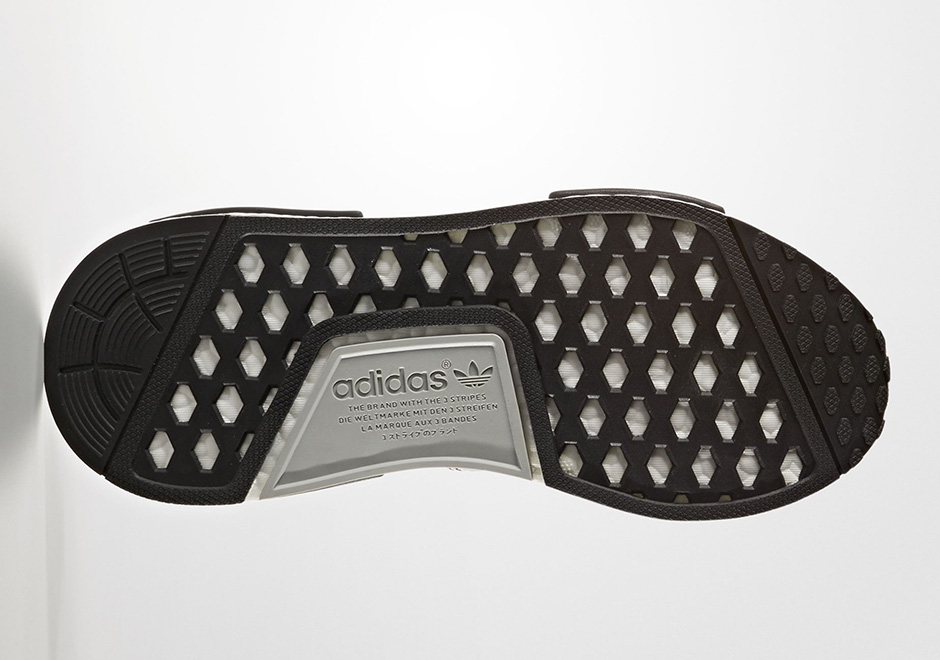