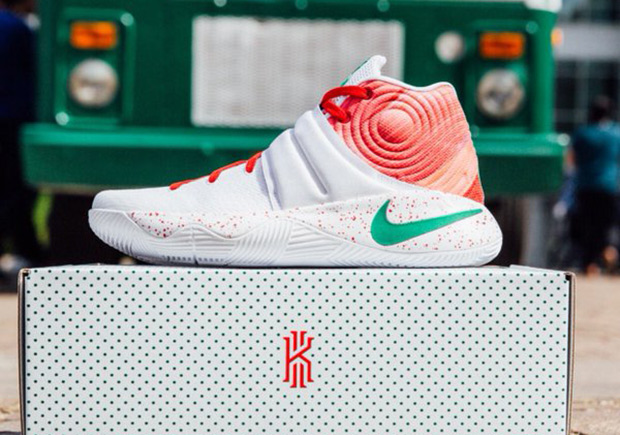 Krispy Kreme Kyrie 2s are coming back! For those of you Kyrie Irving fans out there, you watched the 24-year-old come back from injury at just the right time last year as he showed off his Mamba Mentality by hitting the game-winning shot in Game 7 of the NBA Finals. While we were treated to a number of awesome Nike Kyrie 2 colorways throughout the playoffs, perhaps the most sought after pair was a limited run paying tribute to Kyrie’s love of Krispy Kreme donuts.

Now we have word that the Nike Kyrie 2 Krispy Kreme will be restocking exclusively at Foot Locker’s 34th Street flagship location in New York City today only. If you’re in the area, head there while select sizes are still available. Of course, be sure to check out the original story on this pair featuring that crazy Kyrie 2 Krispy Kreme truck that showed up to select pop-up locations.