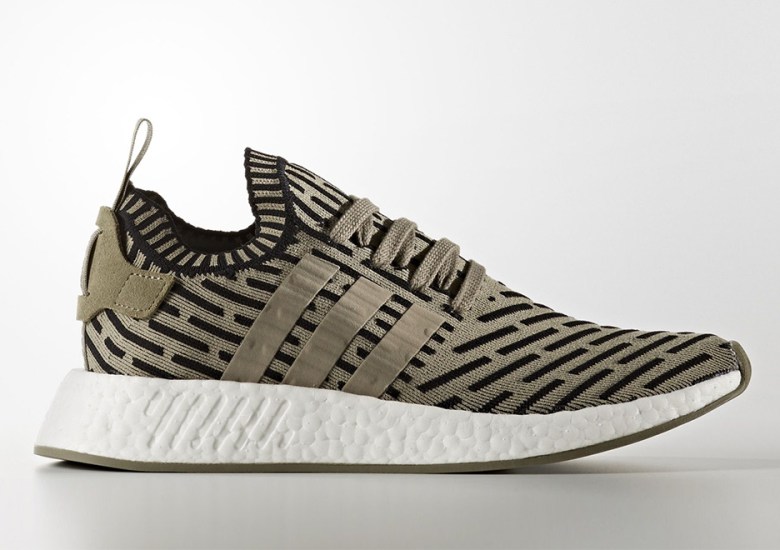 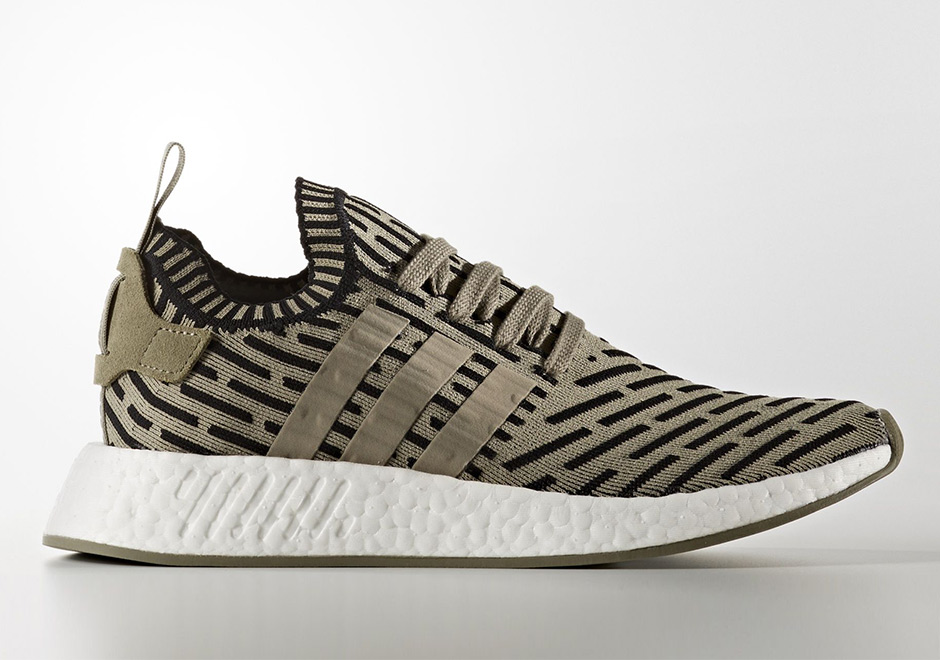 There’s no doubt that the adidas NMD has been one of the best sneakers of 2016. The retro-referencing lifestyle model took some of the three stripe’s strangest running silhouettes from the past to task as inspiration and ended up being a complete game-changer for its overall comfort, sleek design, and awesome collaborative colorways. Now the adidas NMD R2 is headed to retailers on December 3rd.

It didn’t take too long for the three stripes to deliver an NMD sequel. While we’re still focused on the likes of the BAPE adidas NMD duo slated to arrive later this month, we’re excited about the prospect of more NMD options in the near future. The adidas NMD_R2 features an updated design but retains the overall simple sleekness of the original with a few noticeable changes in tow. First, the NMD R2‘s Primeknit pattern has changed to include a random array of stripes to match the sock-like ankle collar. Then the midsole has been updated to do away with the added plastic “bumper” support system for a full-length Boost to maximize comfort.

The two debut colorways range from an Olive/Black option with a matching olive outsole unit and a Black/Dark Grey with a unique pink accent on the medial bumper for a slight pop of vibrancy. Which pair are you feeling? Check out more official adidas NMD R2 images below and be on the lookout for each pair to arrive on December 3rd. While there’s no pricing information available just yet, you can stay updated on more adidas Originals offerings via our release dates page. 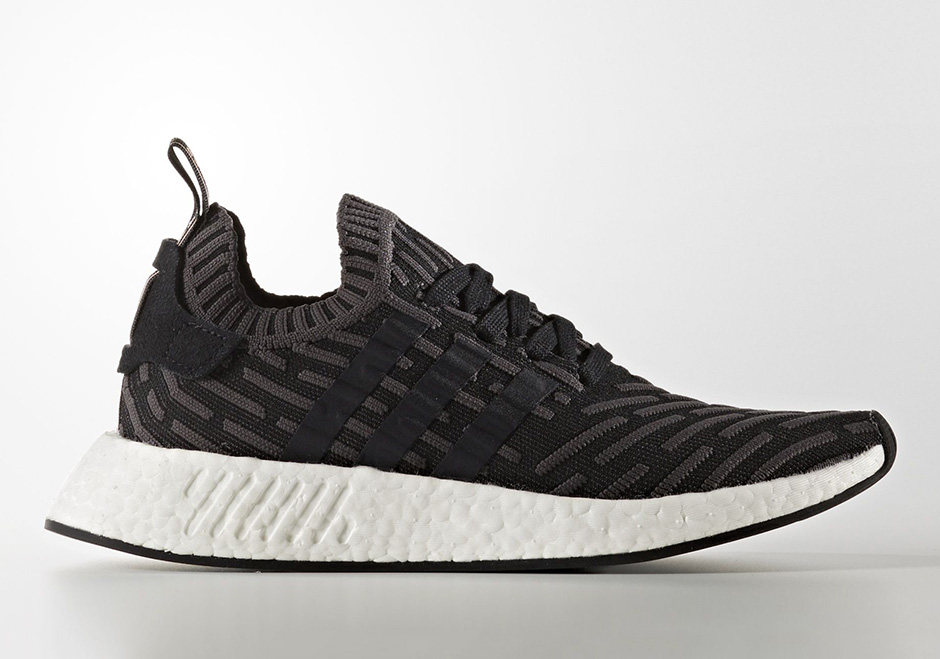 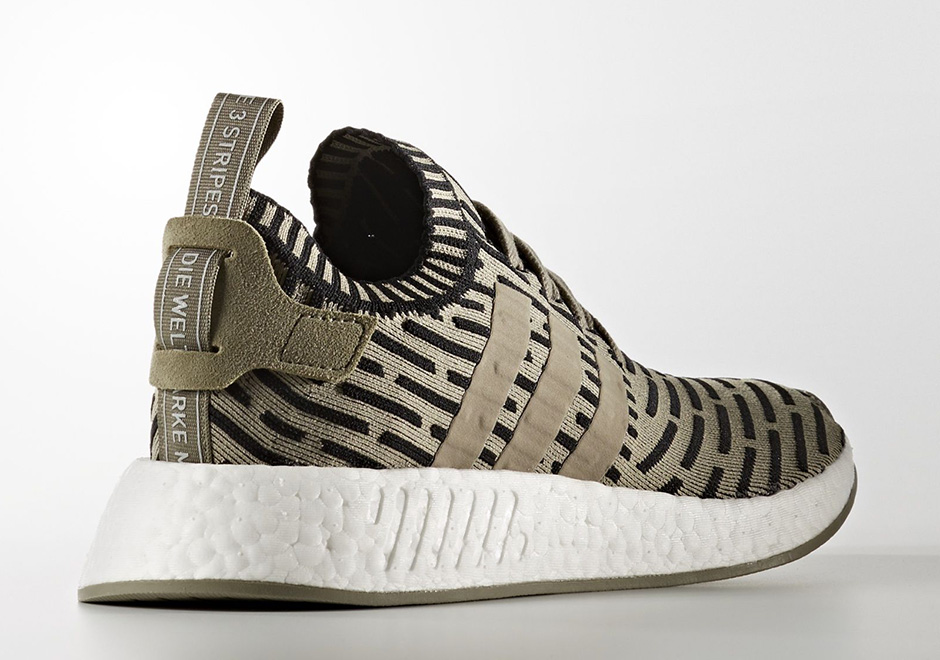 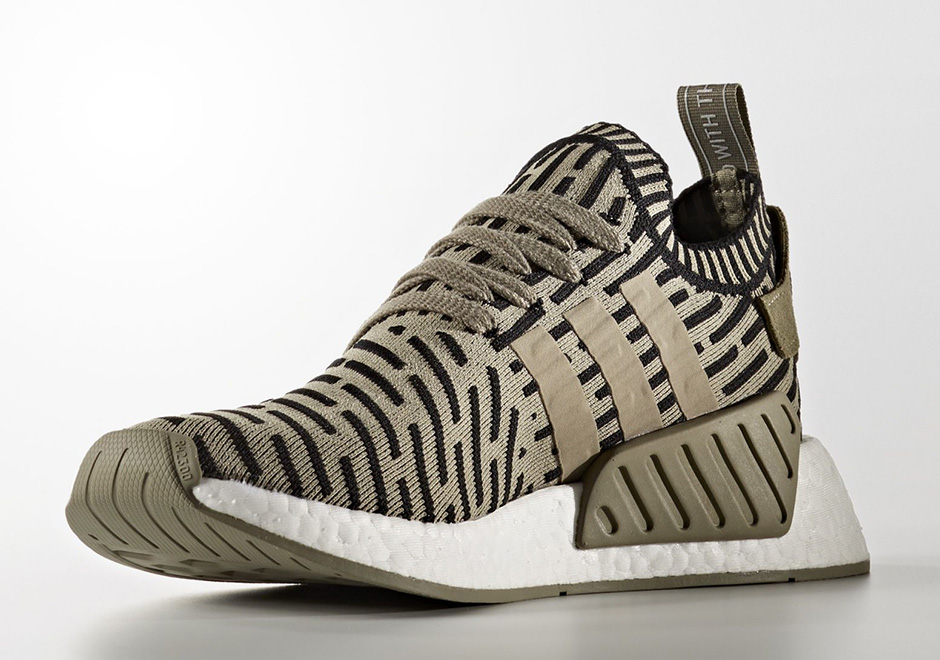 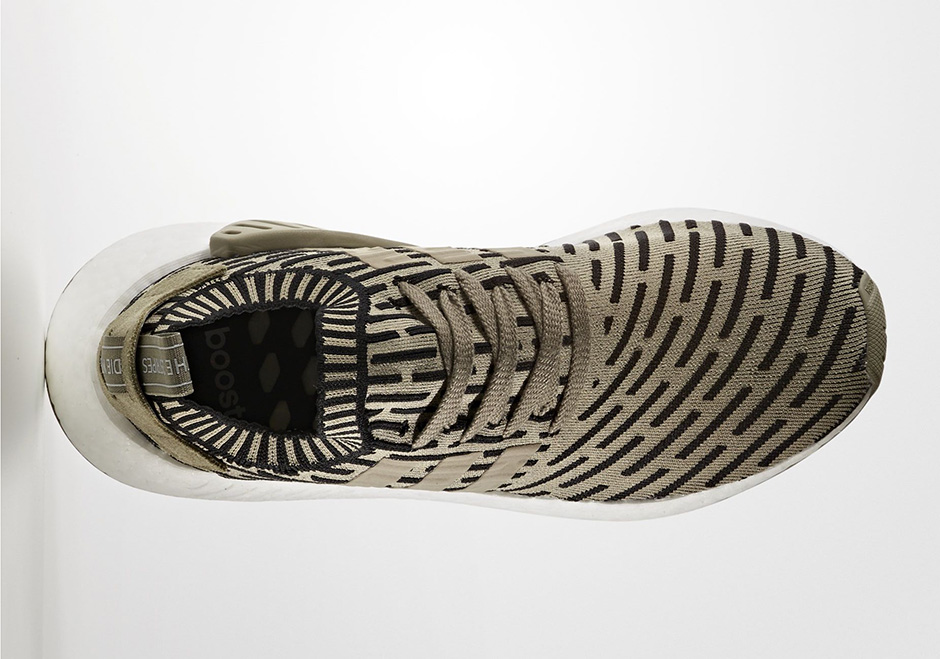 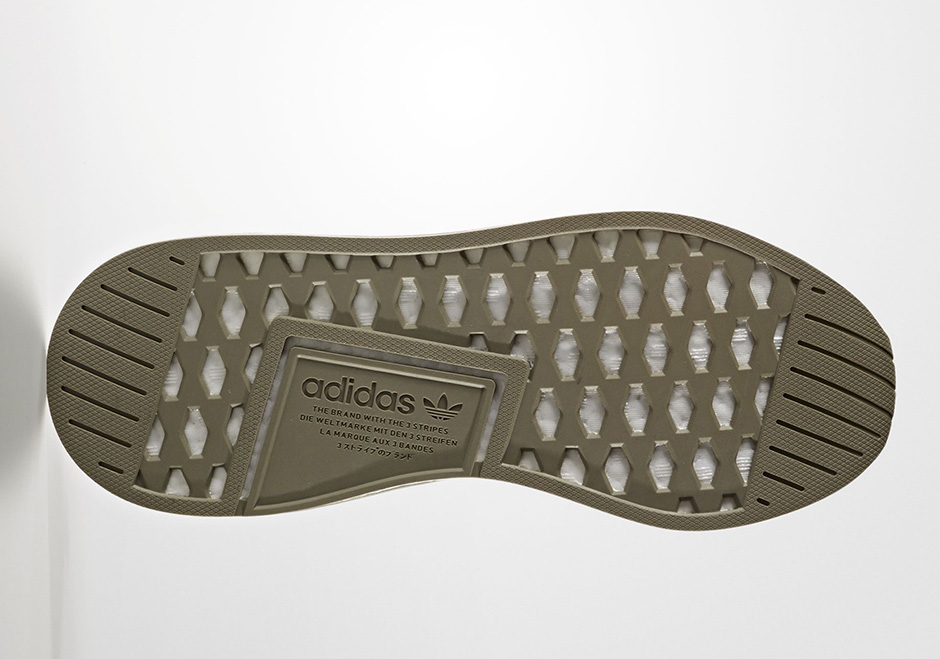 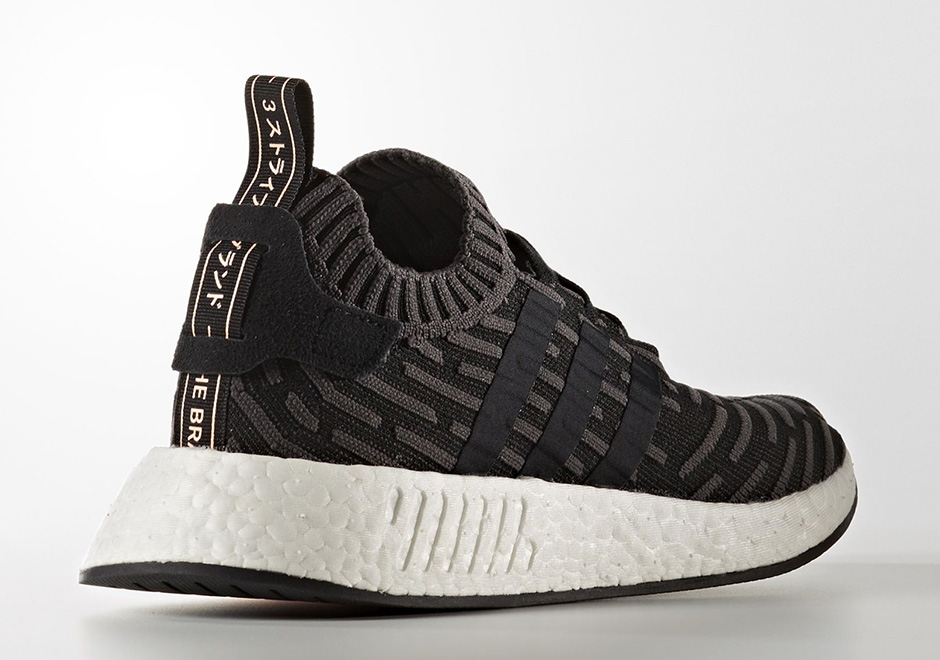 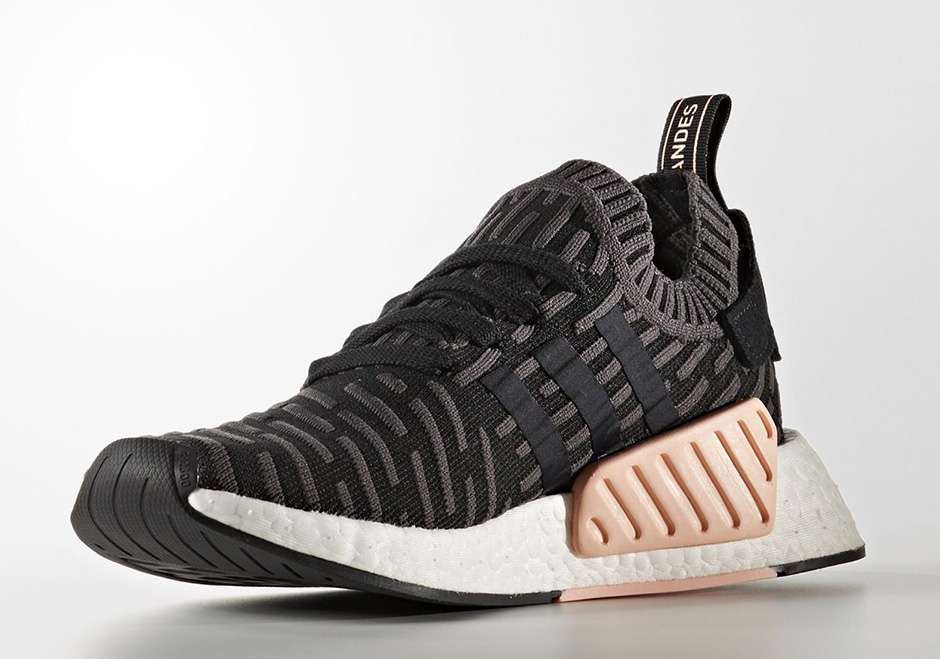 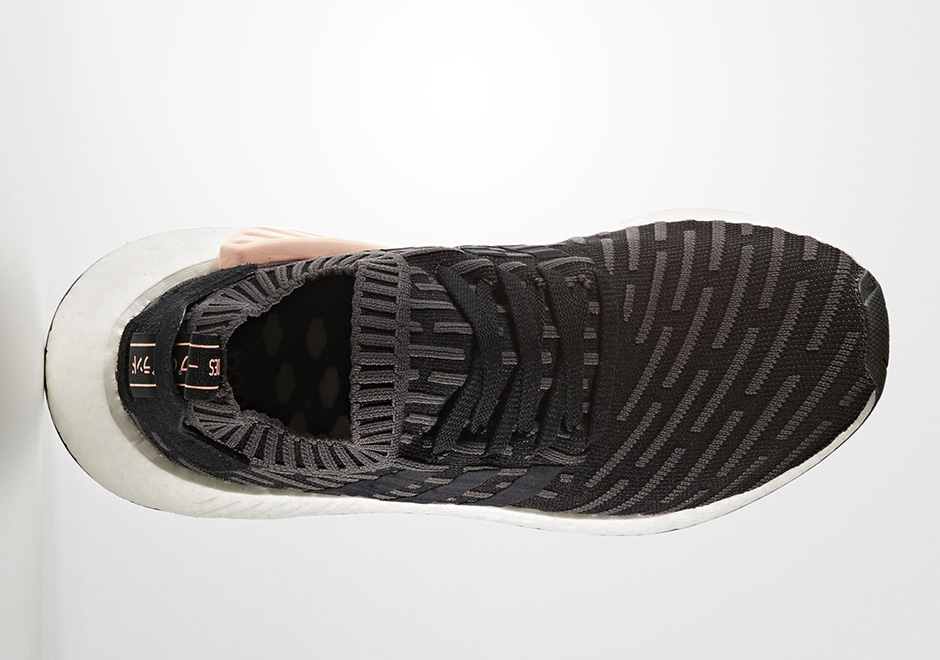 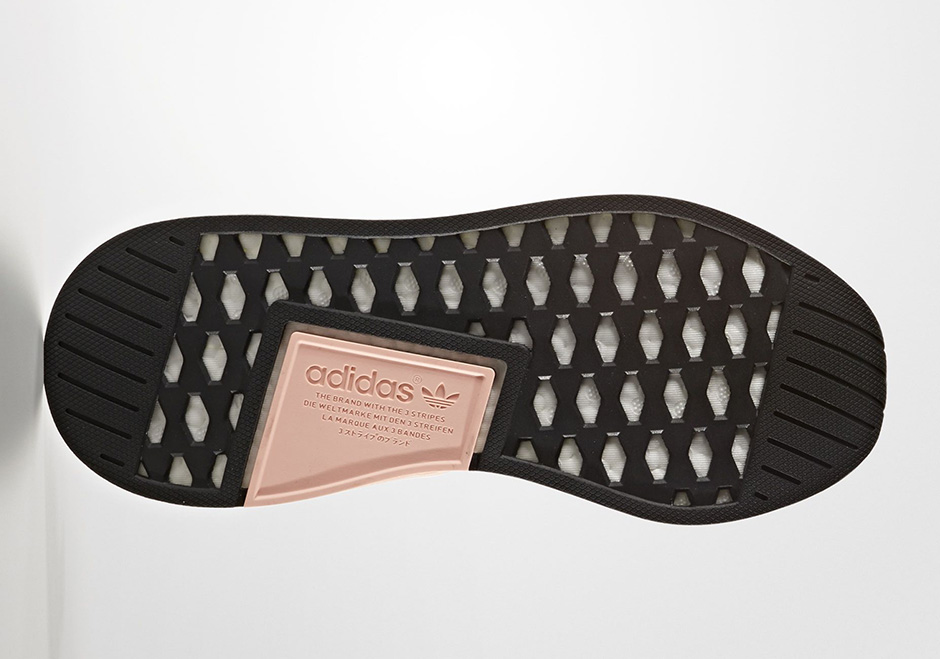