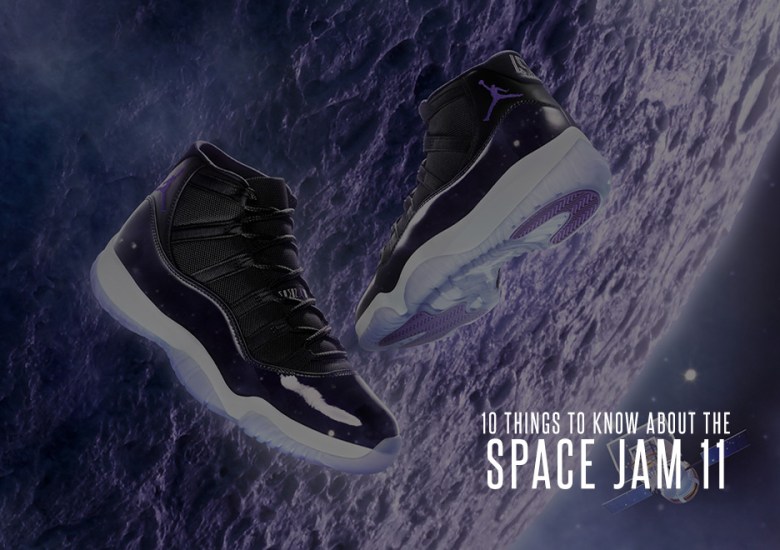 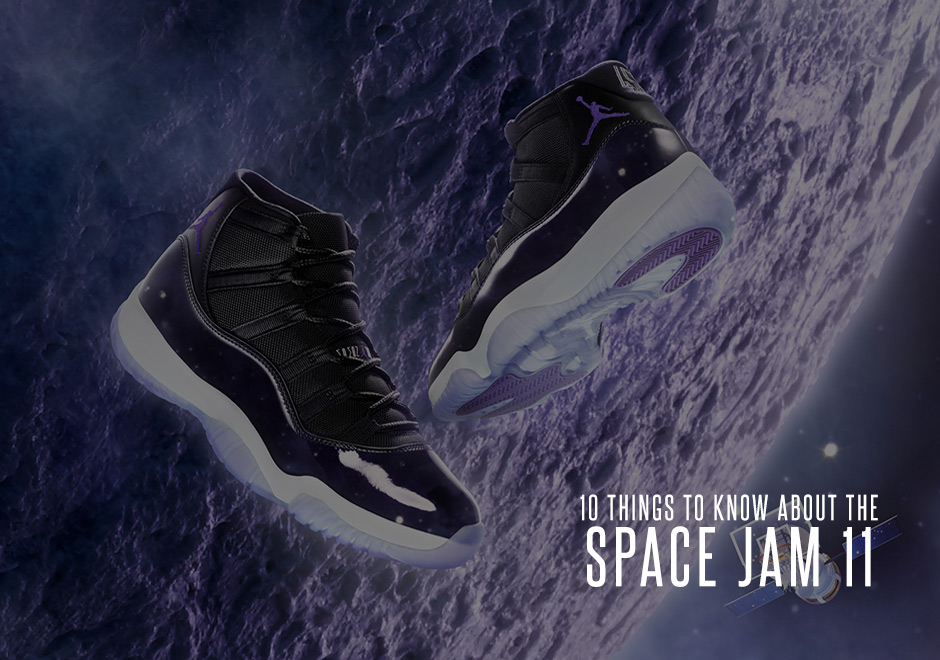 The Space Jam 11 is finally releasing this weekend after weeks of heavy previewing of the shoes, apparel, video ad campaigns, and more. There’s no question that the sneaker community has grown immensely since the shoes last released in 2009, and so Jordan is looking to cash in on this release that will likely be the biggest of the year. There’s a lot of information to digest before the release; pricing, sizing, the little minutia that makes these so special. Read on below to become an expert for this upcoming release, which will go down in history as one of the most profitable in Jordan Brand history. 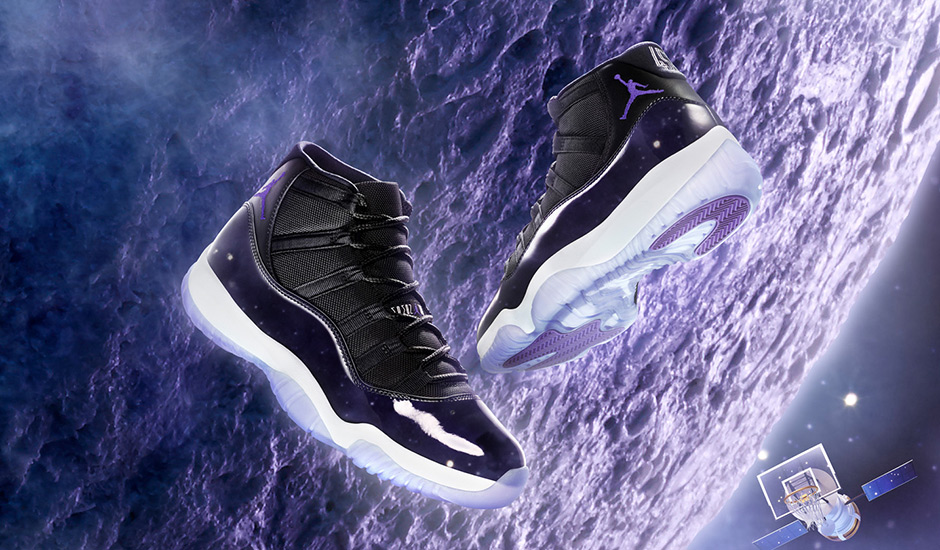 The Space Jam 11 releases on December 10th worldwide. Nike.com, big retailers such as Foot Locker, and local sneaker boutiques will all carry the shoes at the suggested retail price of $220. 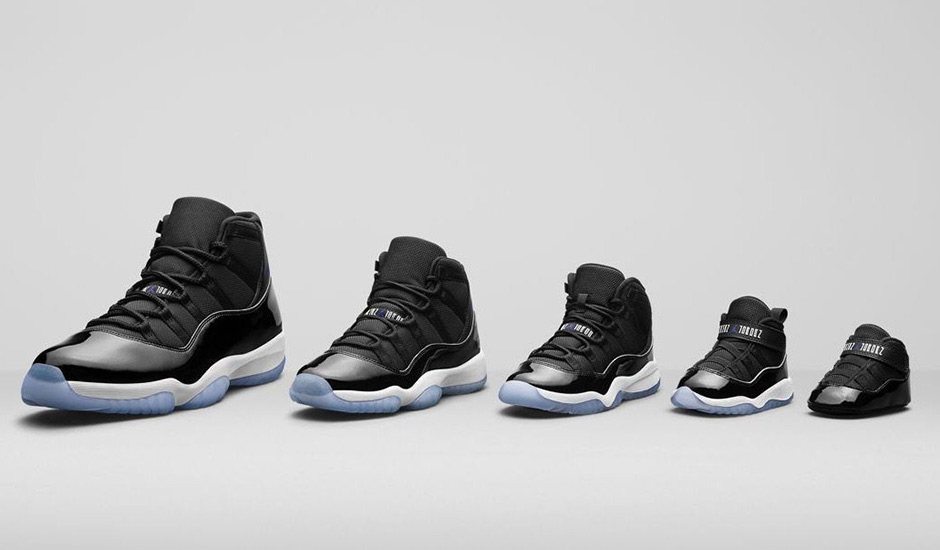 The Space Jam 11 will release in adult, kids, pre-school, toddler, and crib sizes. That means your entire family can enjoy the black and concord blue Jordans. 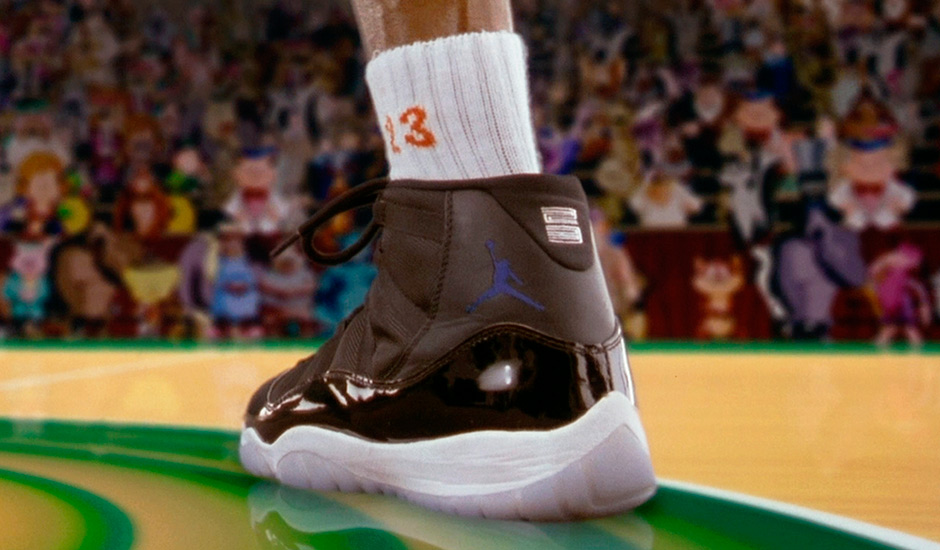 THE original SPACE JAMS HAD “23”

The Space Jam 11 features “45” on the heel, but the pair Michael wore in the movie has “23”. This is a bit puzzling since Jordan Brand released a statement noting that the shoes were intended to be an exact replica of the pair from the film. 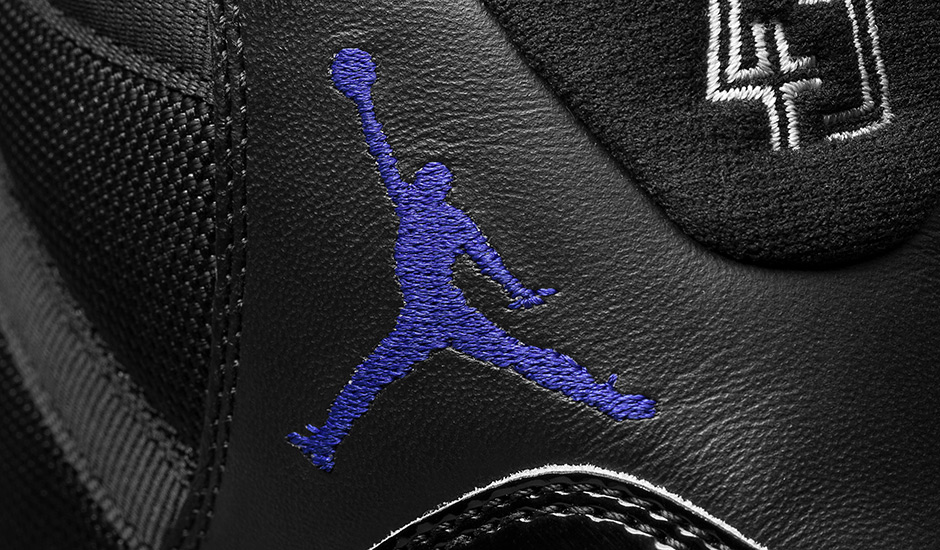 UNLIKE other RETROS, THE JUMPMAN POINTS LEFT

On the left shoe, the Jumpman logo points to the left. Every Retro release since 2006, with the exception of the “Wool”, has the Jumpman pointing to the right. 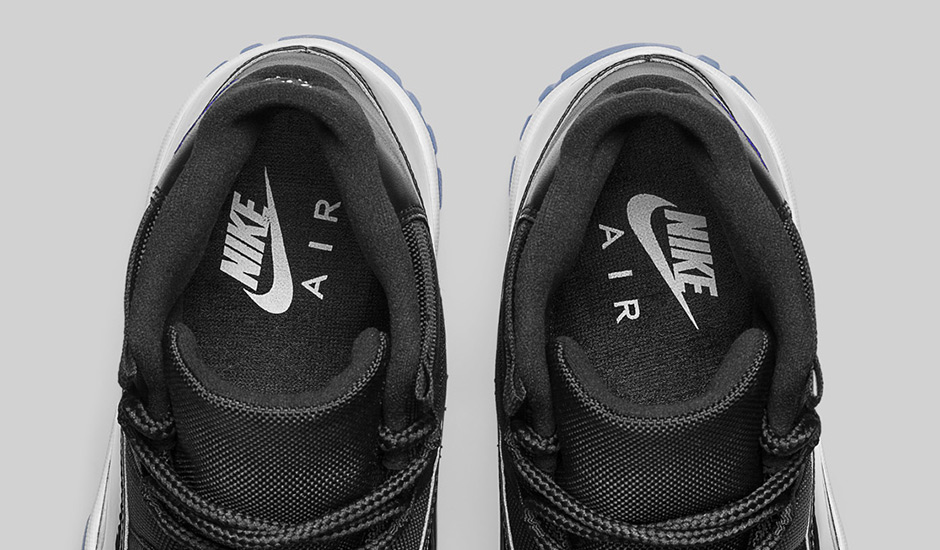 The Space Jam 11 features “Nike Air” on the insoles of the shoes. Retro releases typically feature a Jumpman logo. 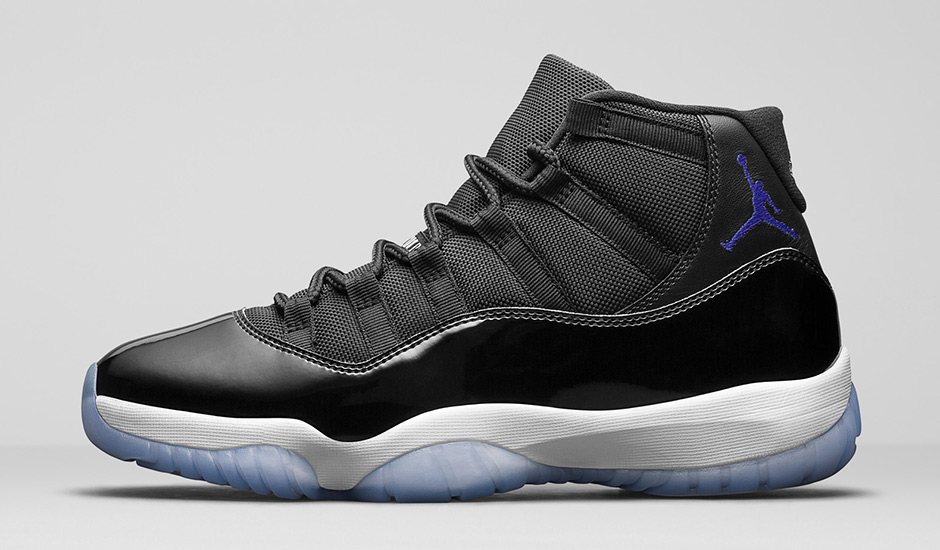 THE MUDGUARD IS MUCH DIFFERENT THAN previous RETROS

The Space Jam 11 mudguard dimensions are much different from the Retro releases of previous years. It is notably larger and higher, much like the pair Jordan wore during the Space Jam film. 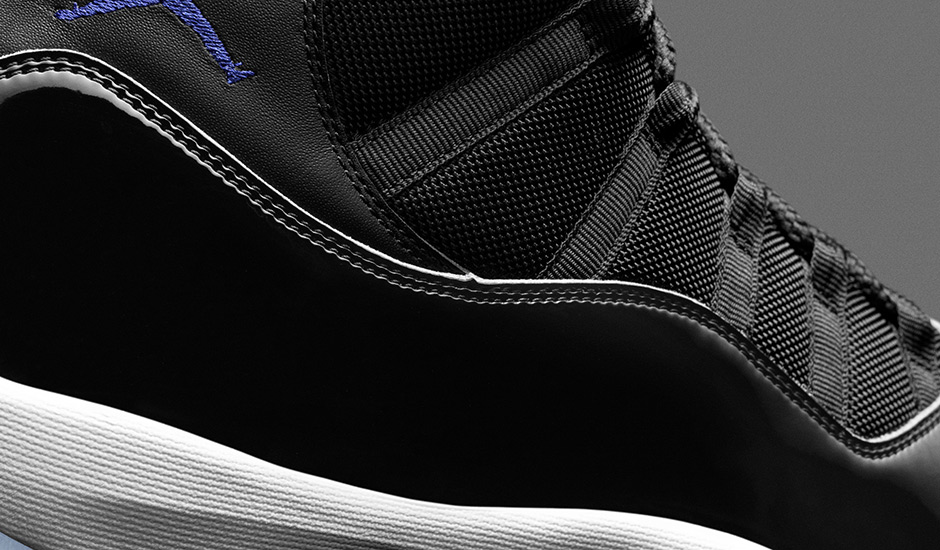 The Space Jam 11 mudguard also features tiny “peaks” along the edge. This may appear to be a manufacturing flaw, but it is, once again, a minor detail set to match the original from the film. 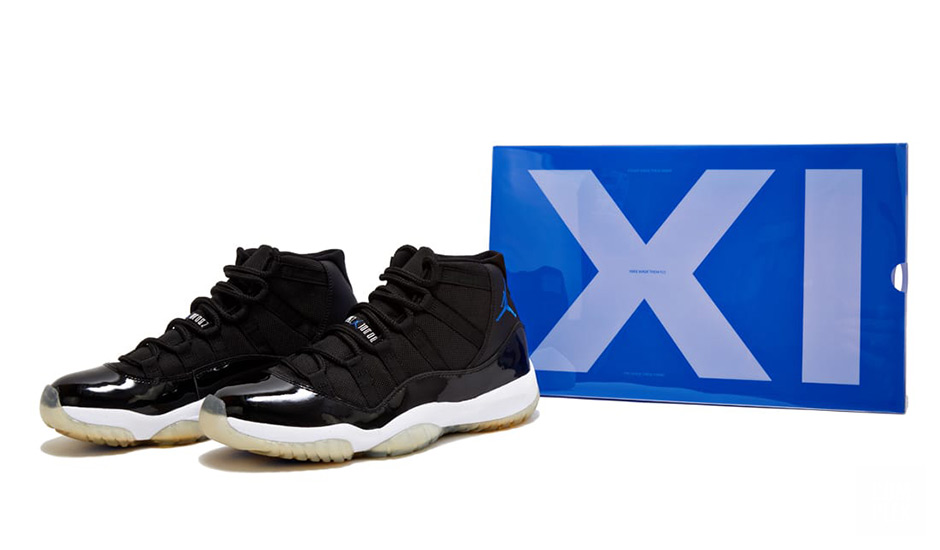 This is the third overall retail release of the Space Jam 11. The first occurred in 2000; the second in 2009 (pictured above). 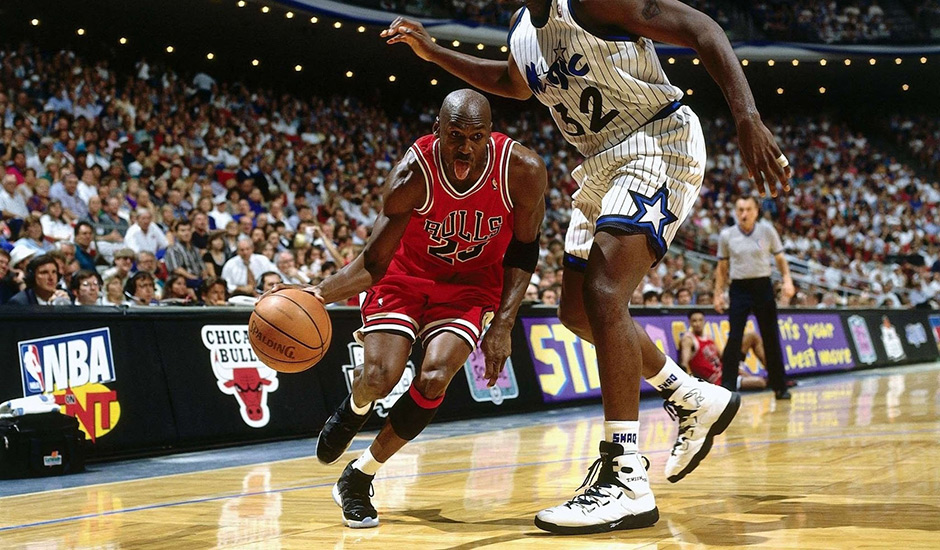 FIRST APPEARANCE BEFORE THE MOVIE

Michael Jordan first wore the “Space Jam” during the 1995 NBA Playoffs. Of course at the time, the film had not yet released, so the “Space Jam” nickname didn’t stick until after the film’s release. 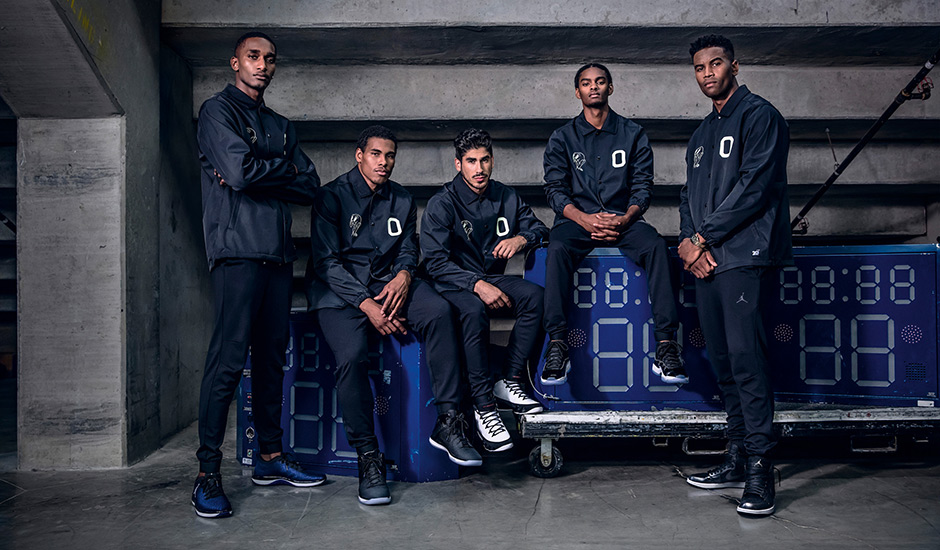 JUMPMAN JUMPS OVER EVERYTHING

The Space Jam 11 will be Jordan Brand’s best selling shoe of the year. The production numbers are insanely high and the demand is evident among sneakerheads, 90s babies, and the general public alike. Alongside the shoes is a series of other footwear and apparel, which almost guarantees that Space Jam is poised to be a blockbuster affair for the brand.