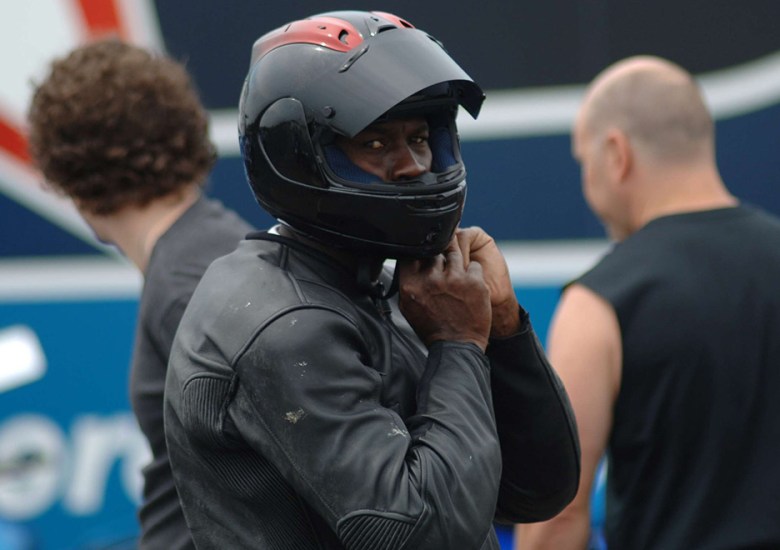 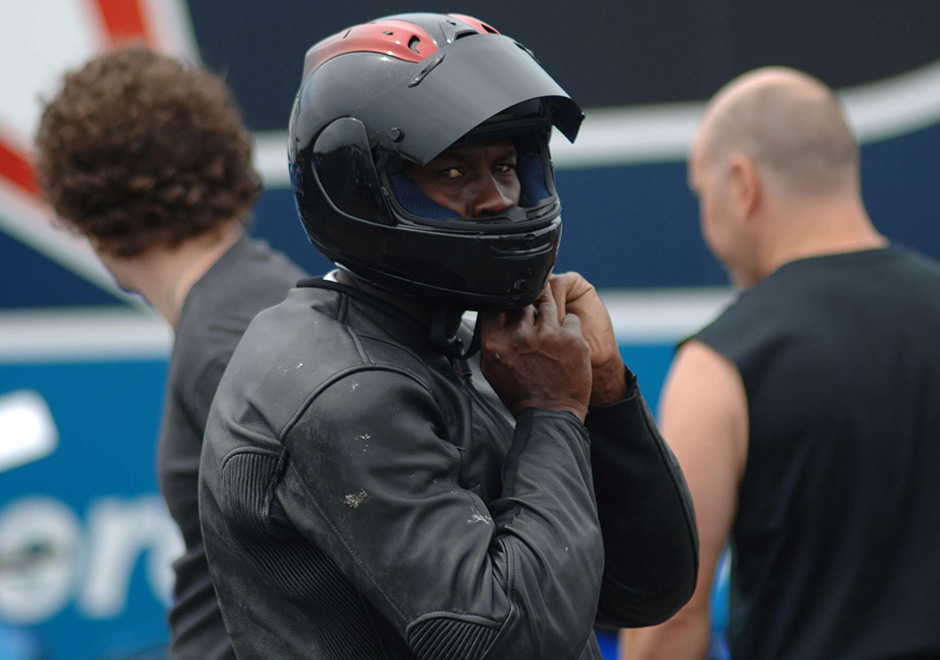 A lifelong fan of motorsports, Michael Jordan actually had to agree to stop riding a motorcycle when he signed his first NBA contract. (Perhaps that explains the years of driving Ferraris.) While not on the bike himself, his passion remained throughout the years, and in 2004 it all became official with the founding of his own motorcycle team. Linking up with veteran racing team manager Pete Mauhar, Michael Jordan created the Jordan Motorsports team, quickly collecting a team of riders in about five weeks—a task that would normally take about a year—to compete in 2004’s Daytona race.

When the team rolled into Daytona to compete, Jordan Motorsports hadn’t even been officially announced yet. But the racing world took note thanks to the slick motorcycle suits and bike designs by Nike’s Mark Smith, who successfully scrambled to outfit the team after MJ tasked him with designing their aesthetic in those few short weeks.

Being a Jordan racing team, there was one more important piece of gear the racers would need: sneakers, of course. Adding footwear to the racing kits was obviously a natural move for Mark Smith, longtime collaborator with Tinker Hatfield and Jordan himself. Smith helped design a number of Air Jordan retro colorways exclusively for the team, and that’s where shoes like the coveted Air Jordan 6 “Motorsports” were born. Another one of the most legendary and shoes designed for the team was the Air Jordan 4 in white, black, and royal, which hits retail for the first time ever this weekend on Saturday, March 25th.

Check out the bike, suit, and helmet designs throughout the years here, and for the full story on the history of the Jordan Motorsports team, visit the official Air Jordan Blog. 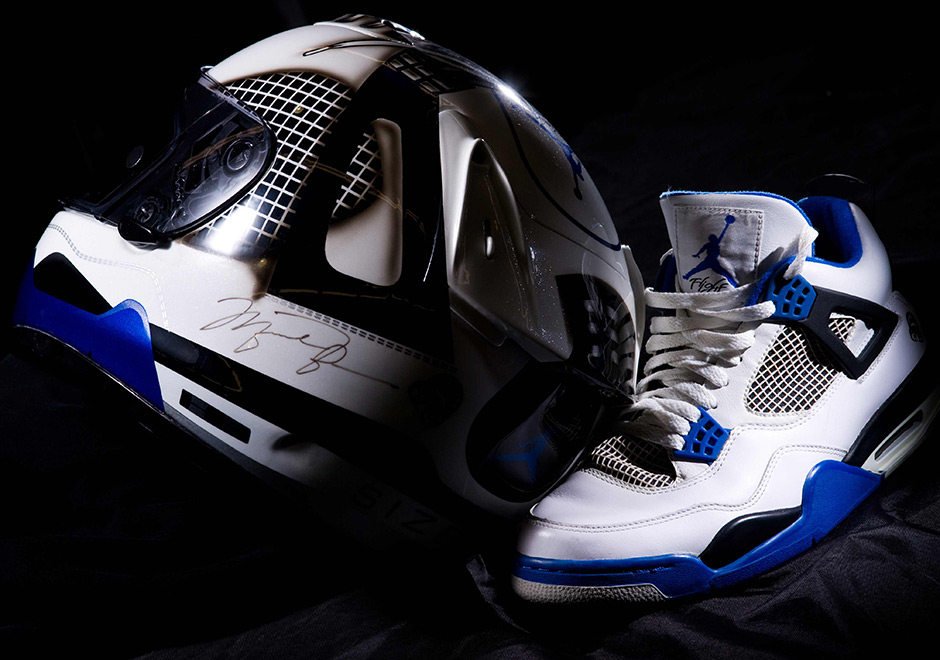 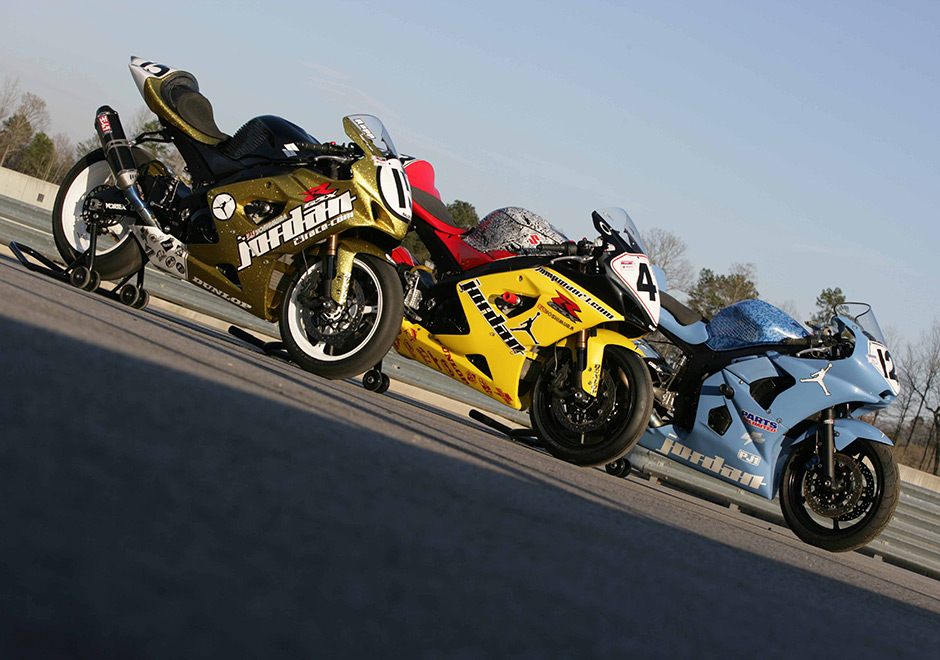 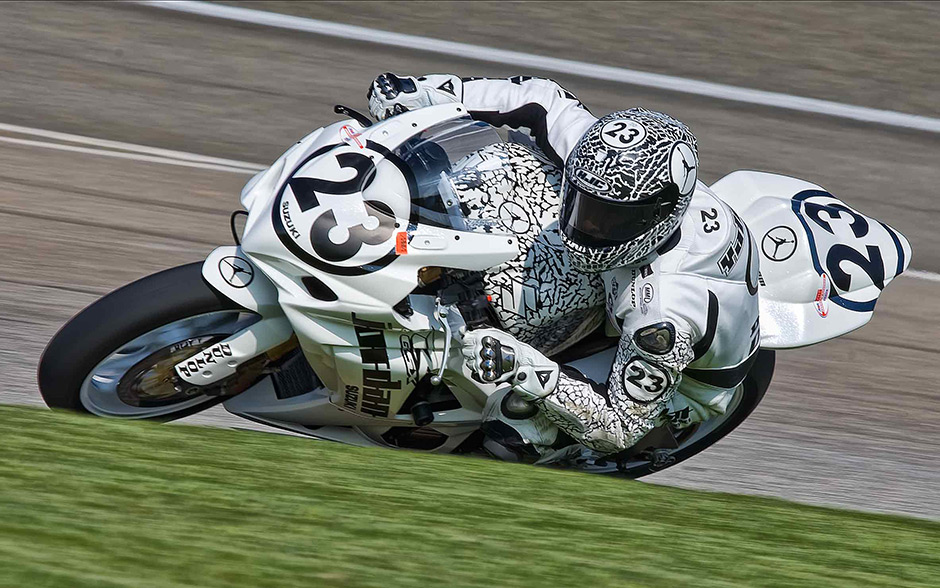 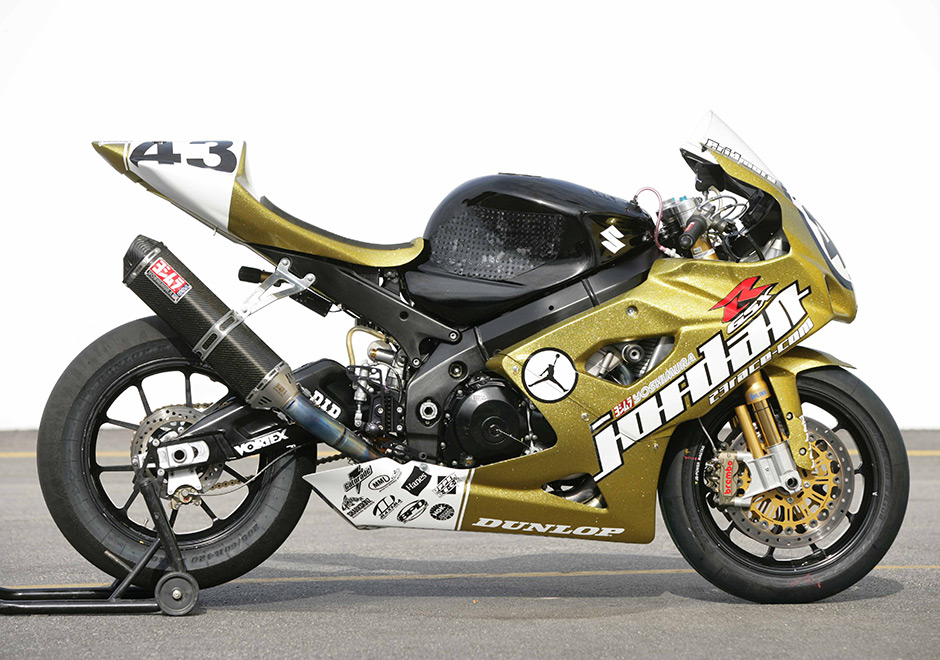 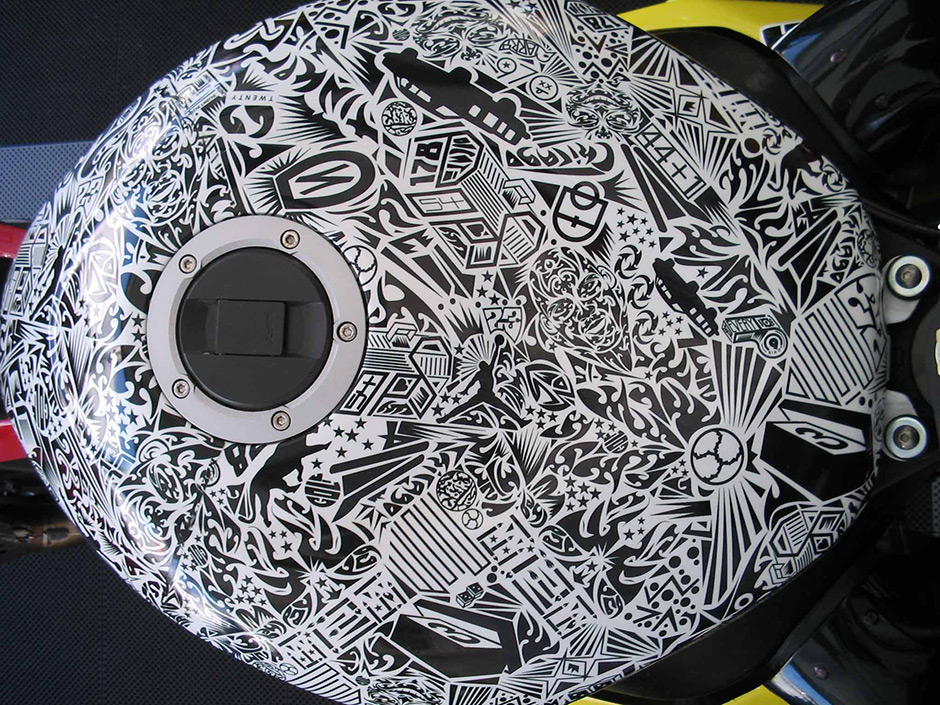 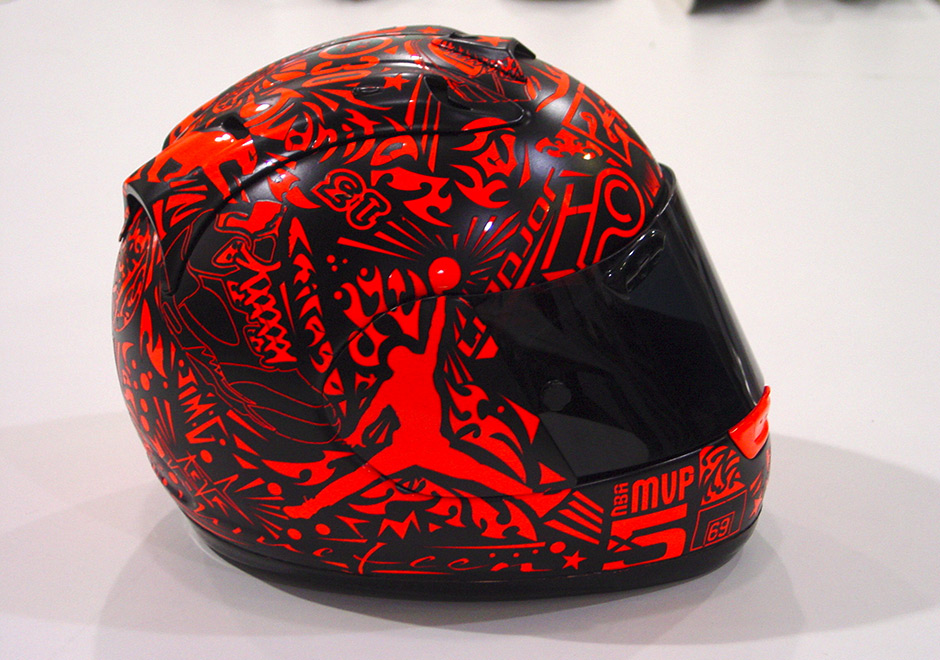 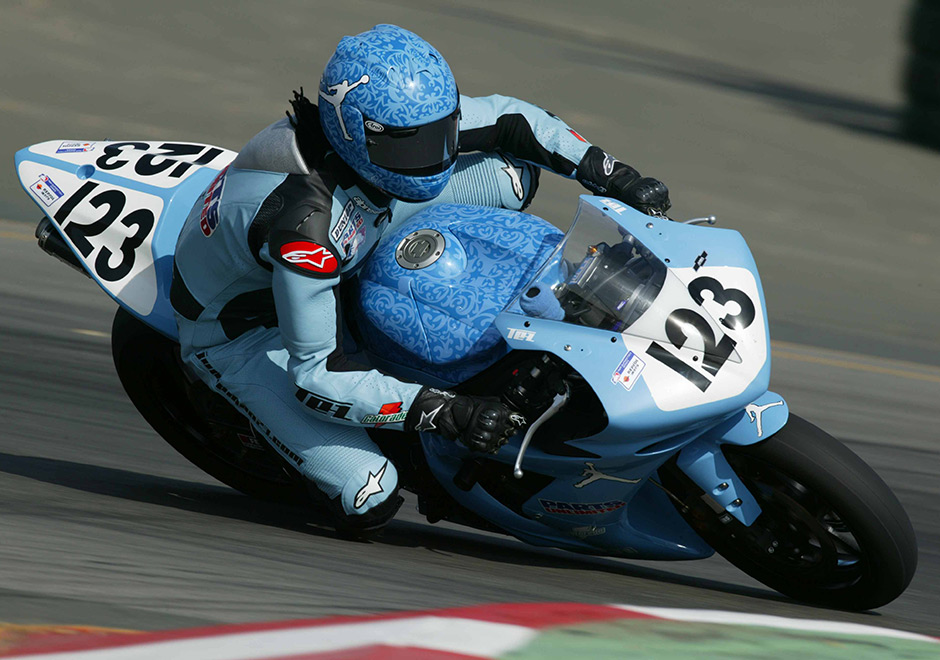 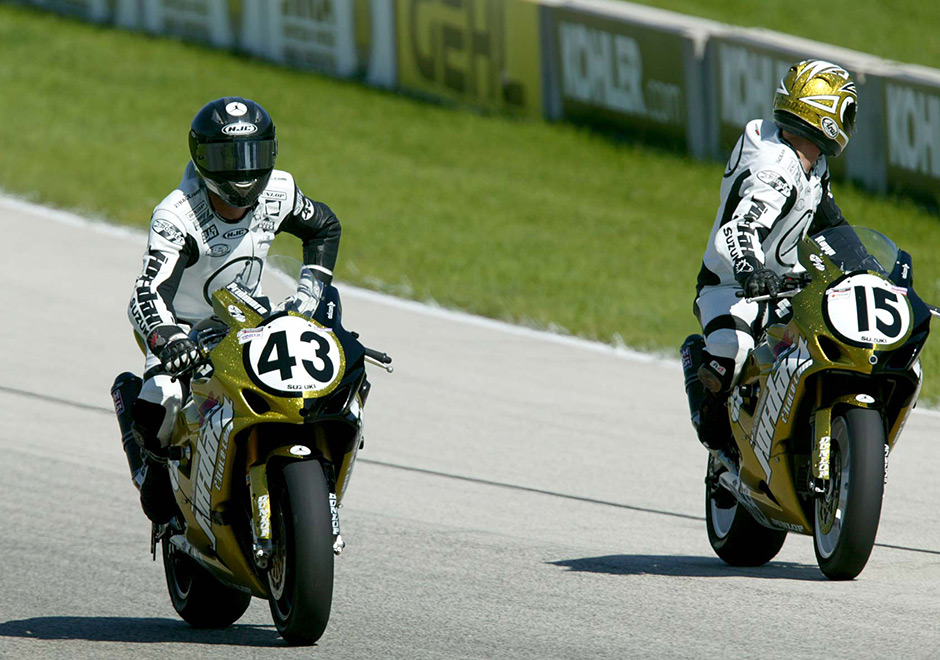