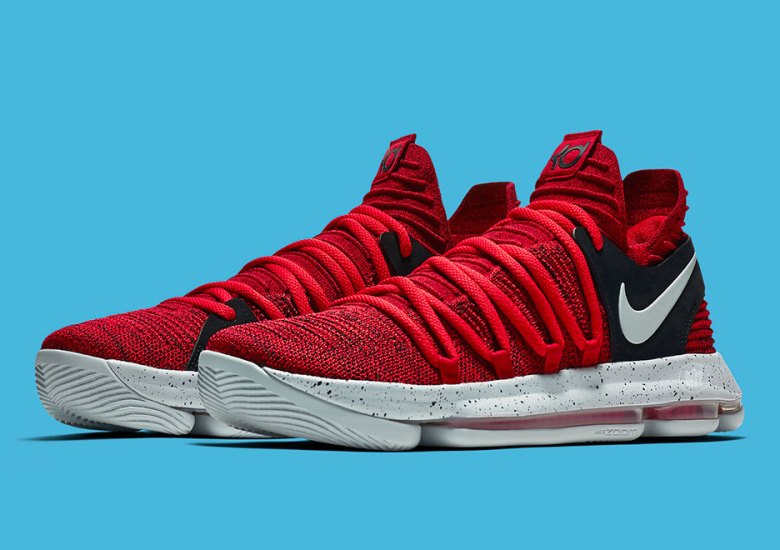 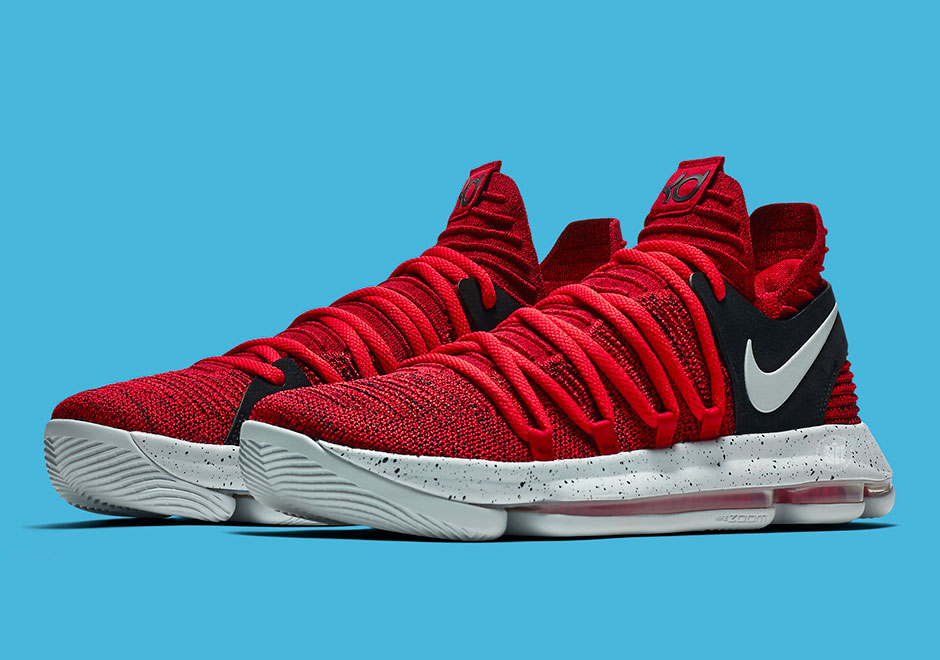 Kevin Durant’s signature shoes are about to see the hottest spotlight they’ve ever seen in existence. Tonight, the Golden State Warriors All-Star Forward will lace up his Nike KD 10 in the NBA Finals, where he will face off against respected nemesis LeBron James. Nike certainly has a special PE for him to wear during this series (an all-white colorway with a gold Swoosh), but dropping later this year in September is the annual tradition of a University Red colorway. It features black knit intertwined on the upper as well as a matching heel and midsole speckling. Catch a first look just below and expect these on Nike.com and select Nike Basketball retailers later this Fall. 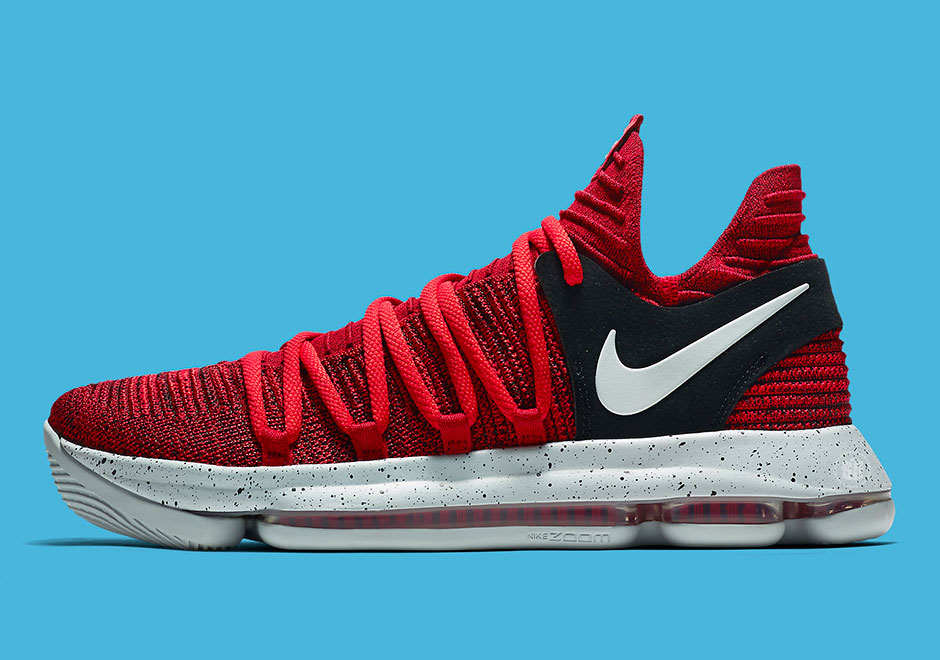 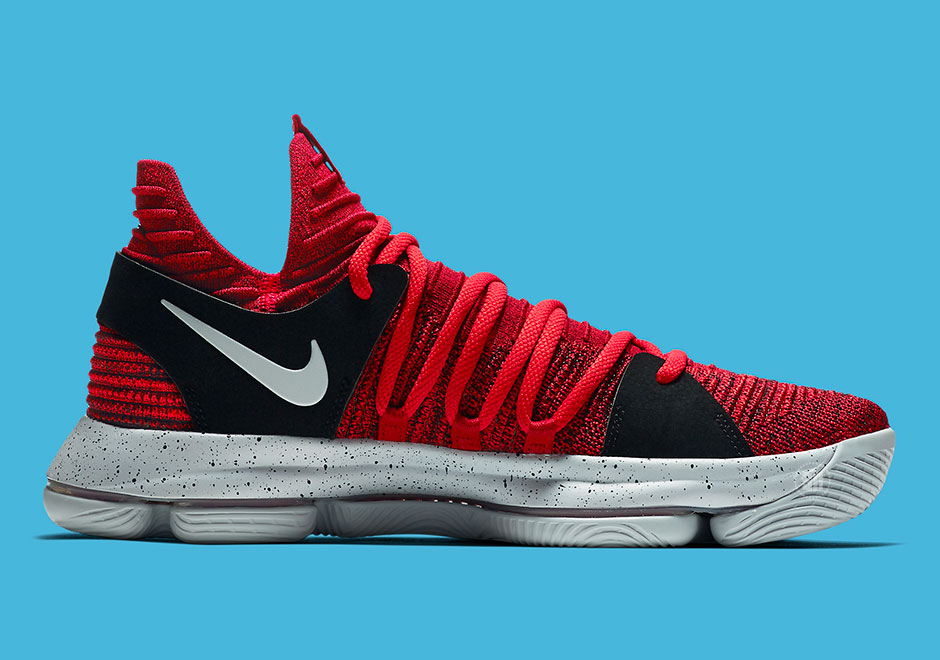 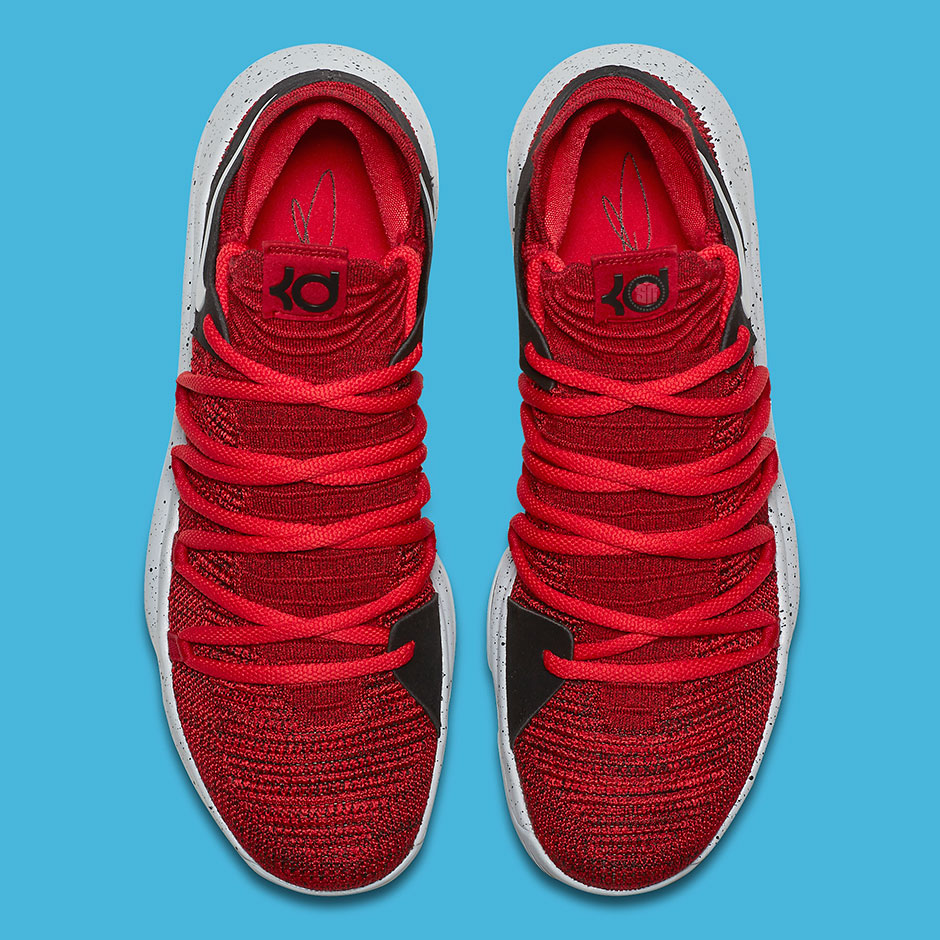 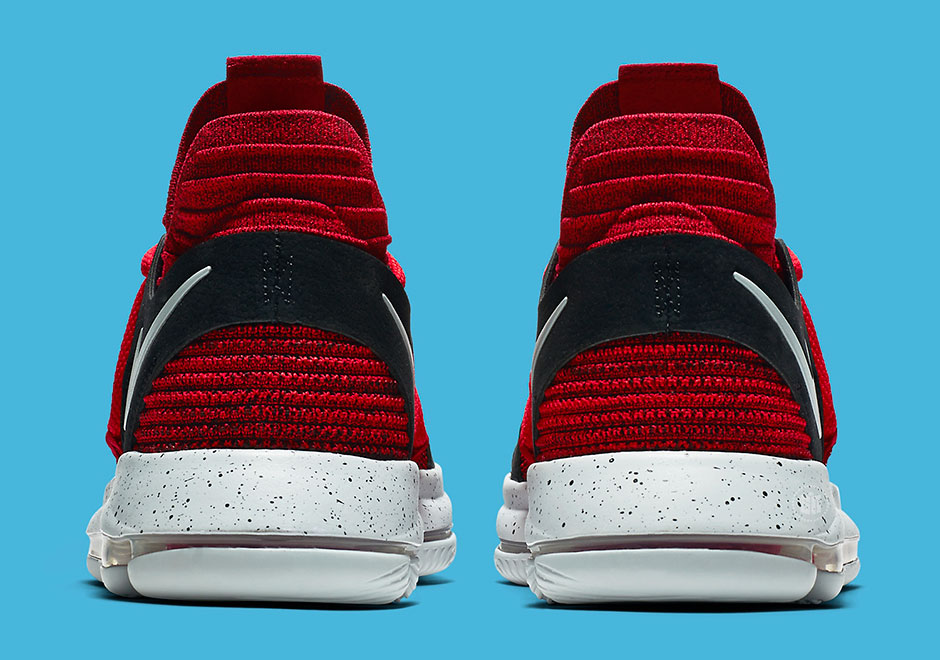 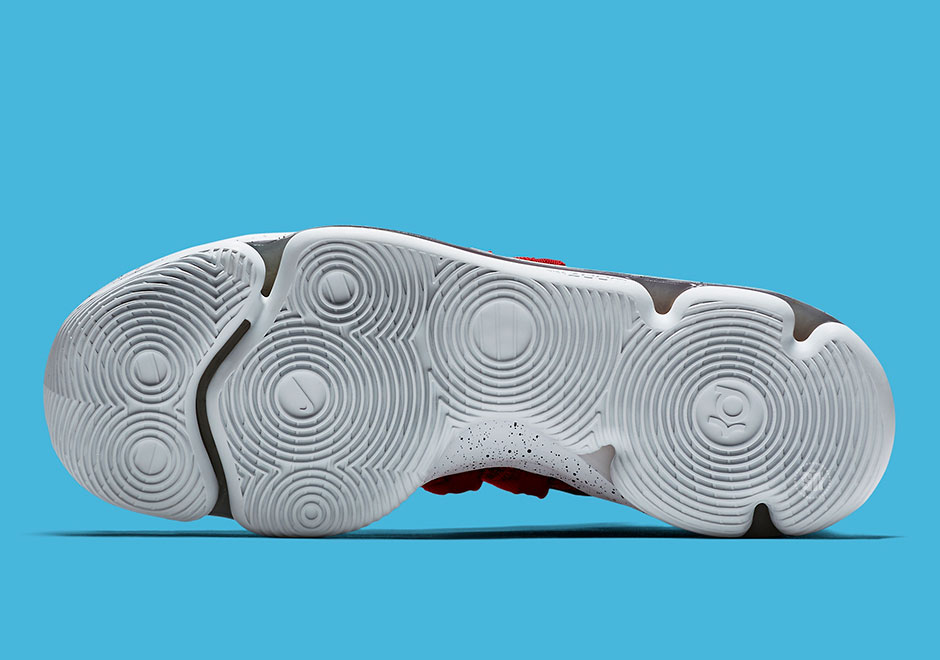