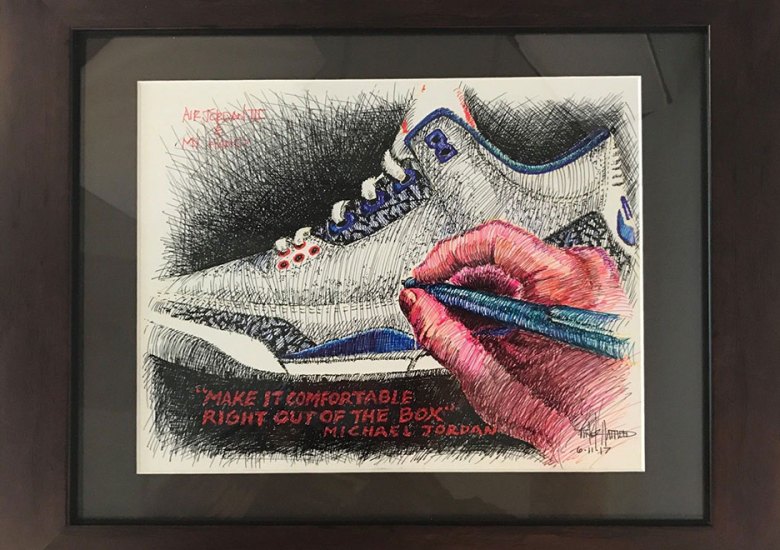 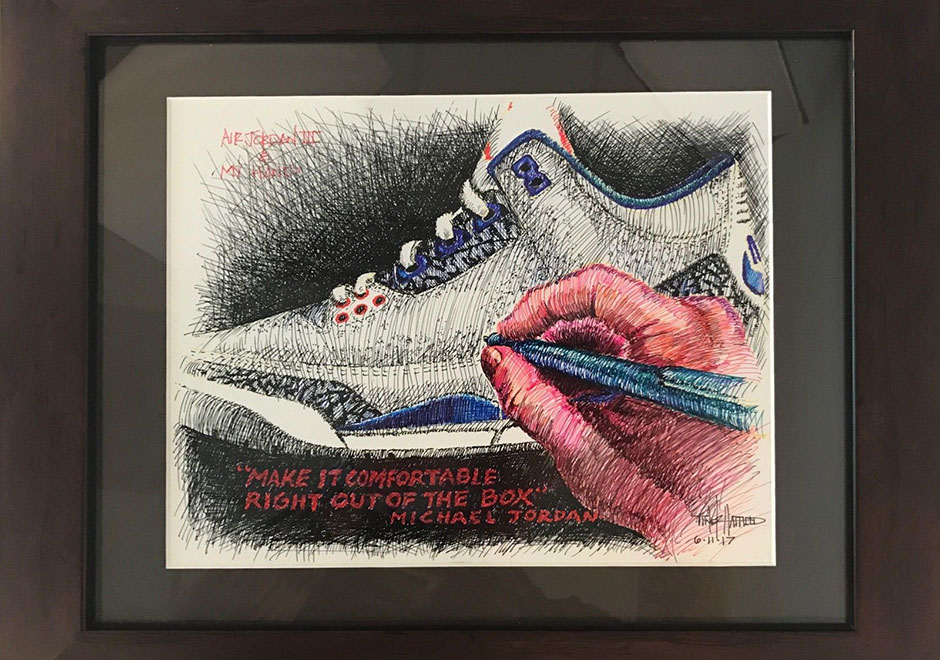 Tinker Hatfield is responsible for keeping Michael Jordan with Nike after Mike thought about jumping ship after his first two models with the brand. Tinker’s unique vision of the Air Jordan 3 sold His Airness through the unique Elephant Print pattern throughout, visible air on the midsole, and head-turning colorways that are still relevant and sought after three decades after arriving at retailers. Now an original sketch of the Jordan 3 True Blue by Tinker is being auctioned off with all proceeds going to Make-A-Wish. The piece was inspired by the memory of Andrew Woodruff, a 14-year-old boy who was granted the wish of visiting Nike campus and unfortunately died shortly after.

The sketch was drawn with a ballpoint pen on glossy paper. Tinker had this to say about the creation: “The hand is more important than the object. The hand euphemistically is the creator. It’s a statement that is ‘a little’ in opposition to the notion that the sneaker itself is such a marvel. Maybe the story behind it, and the skill to create something from scratch, is the marvel. It’s a statement about the importance of collaboration – in this case with Michael Jordan. It’s a PRO DESIGN statement.”