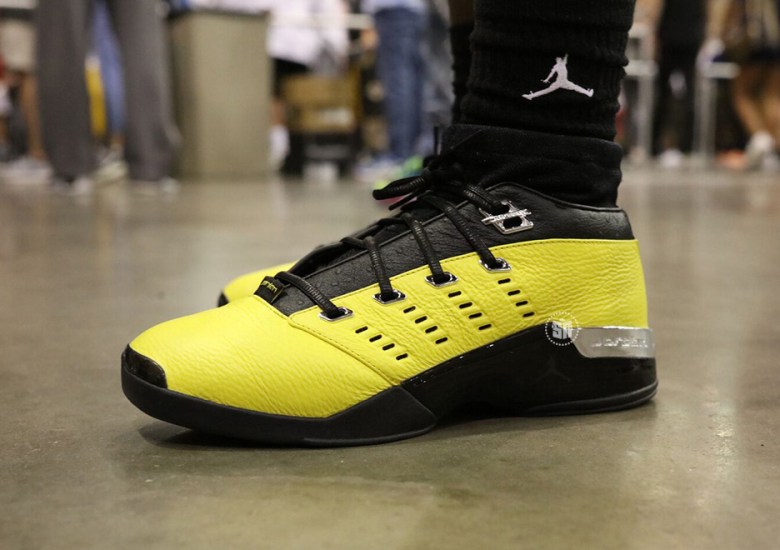 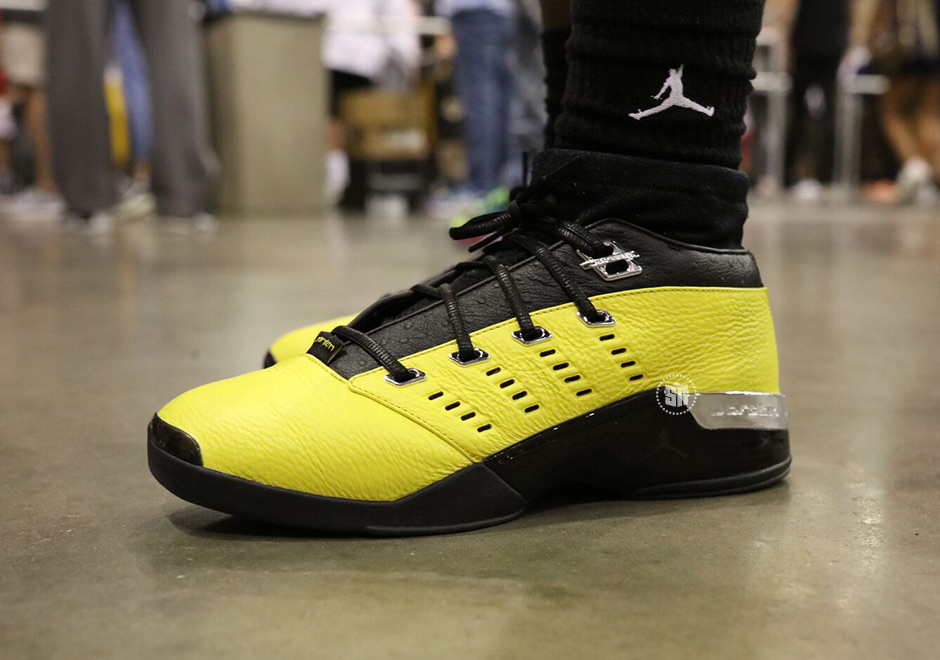 Miami’s SoleFly has some more Air Jordan collaborations in the works, and this time around they’re unearthing an shoe from MJ’s short-lived Wizards era, but with a twist. The Air Jordan 17 Low originally released in 2002 in Mid and Low form, with the latter being featured on Michael Jordan’s feet during the 2002 NBA All-Star Game. The colorway he wore was the “Lightning” version as it featured the bright yellow on the heel/midfoot of the predominately white/black shoe, but what made those sneakers so memorable was that MJ totally choked on a wide-open breakaway dunk attempt, leaving both benches in laughter. Jordan laughed it off, but the Lightning 17s lived on forever as a cult classic.

While there hasn’t been any confirmation of a true Retro release of the Air Jordan 17 Low “Lightning”, SoleFly is remixing the colorway and bringing the bright yellow hue to the forefront. The premium tumbled leather is switched from white to yellow, while the black ankle collar is treated with lux ostrich skin. SoleFly’s “SF” logo is seen embroidered on the heels.

The SoleFly Jordan 17 Low is rumored to release in February 2018 potentially during All-Star Weekend hosted by the Los Angeles Lakers, so these may be a hotter commodity given the timing. Catch an exclusively detailed look at the shoes here, which were spotted at this past weekend’s Sneaker Con Atlanta. 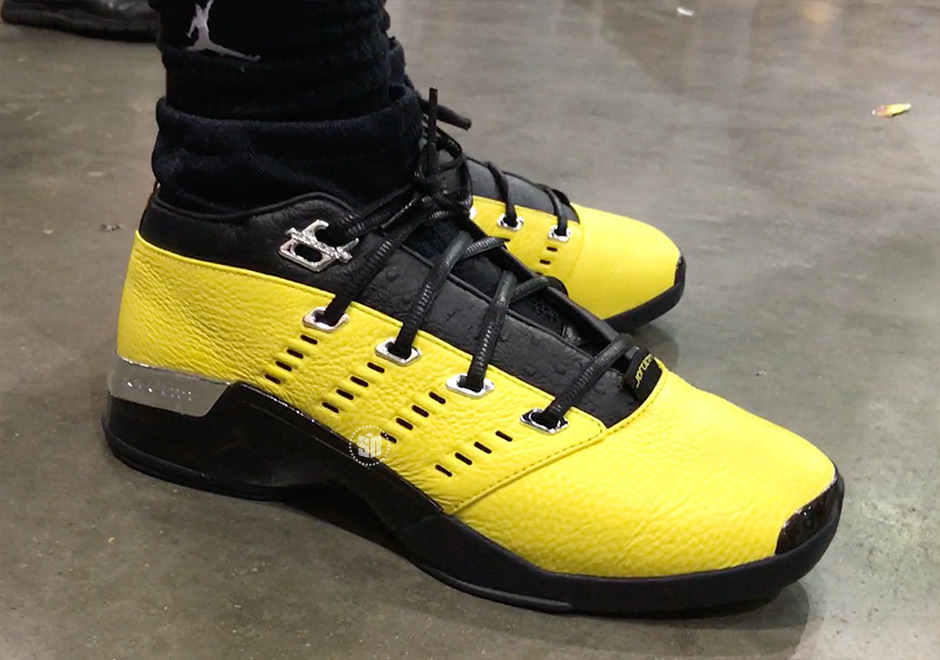 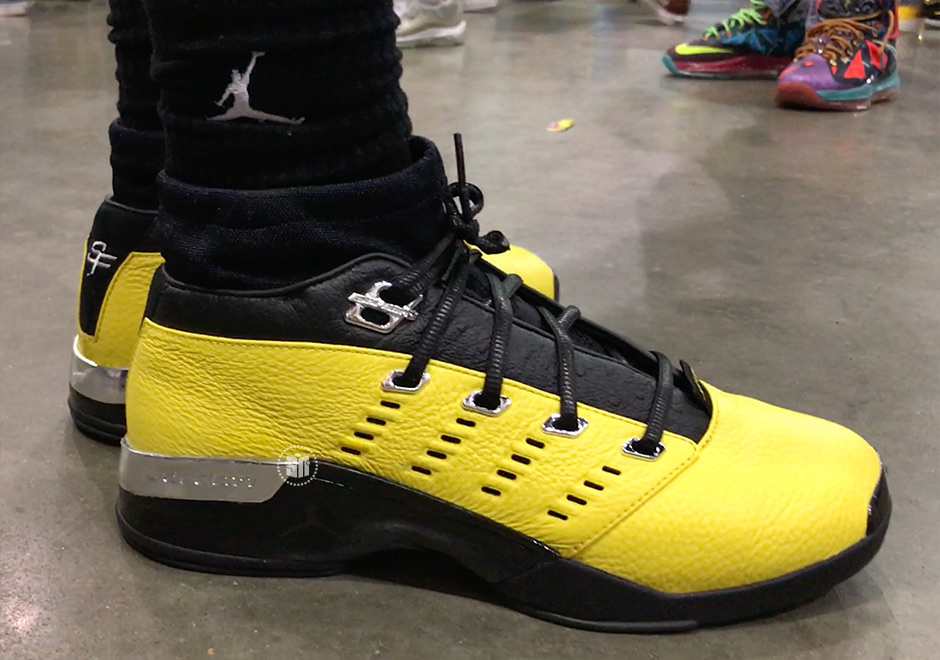 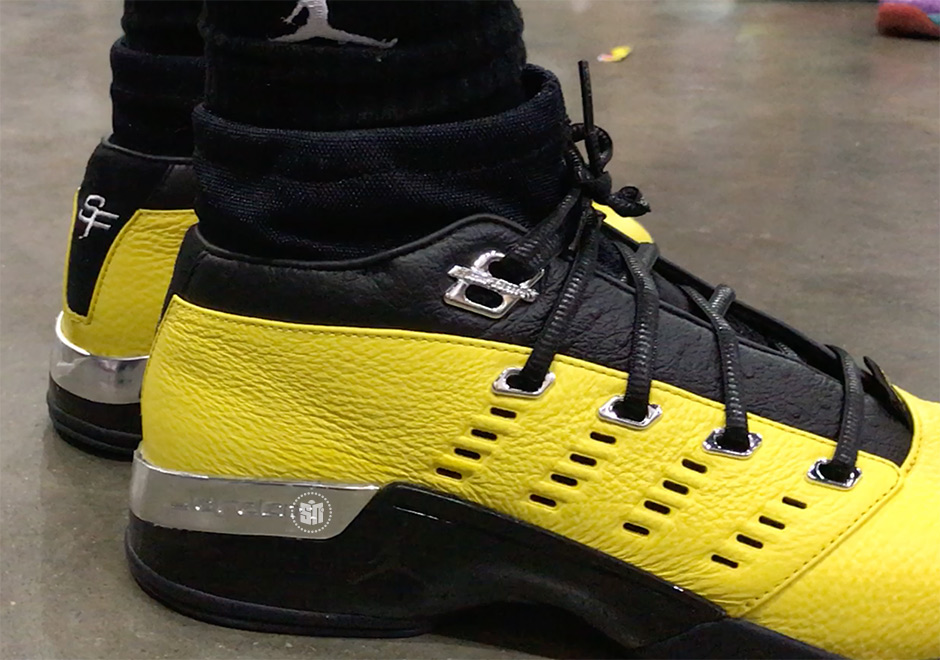