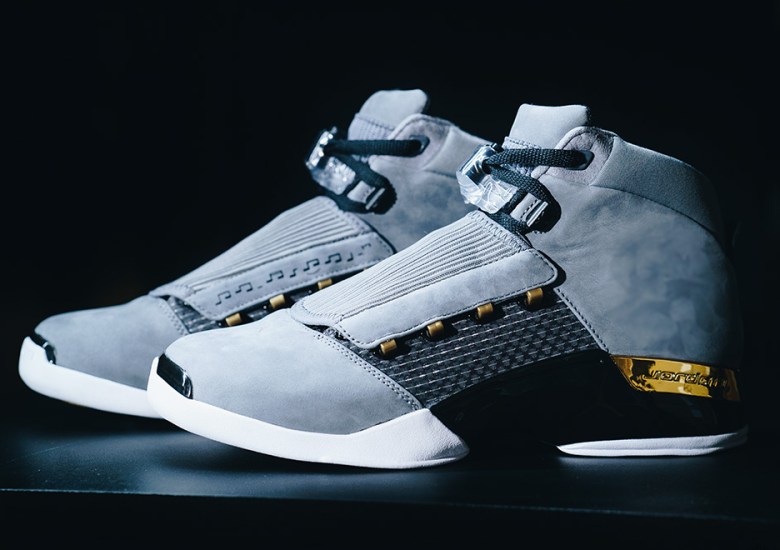 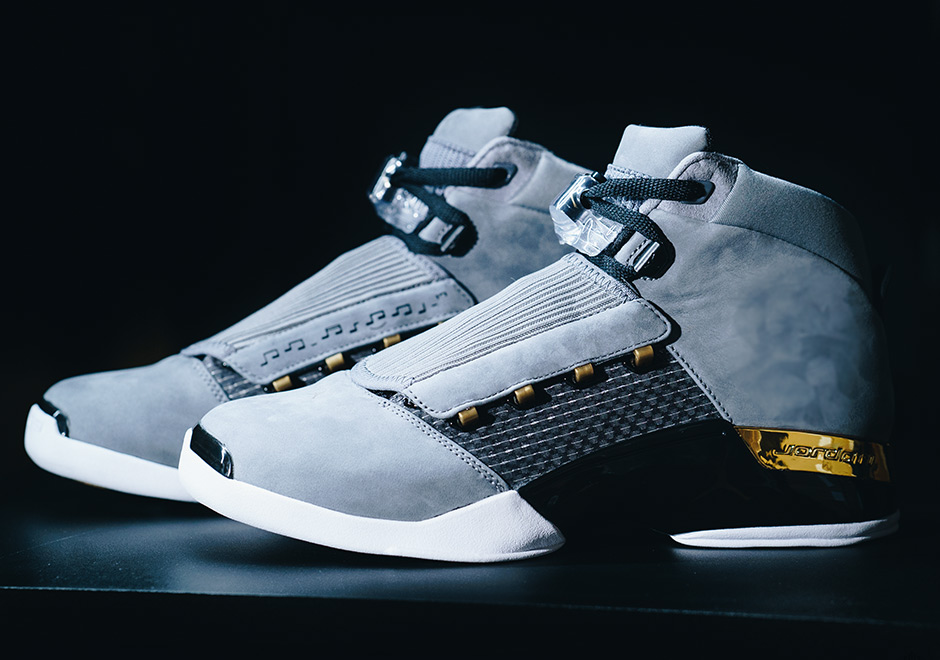 The Air Jordan XVII represents one of the most unique phases of the life of Michael Jordan. He was living the retired NBA player’s dream, sitting at the front office and orchestrating a championship from outside the lines. Jordan’s love for the game of basketball could not be contained, and in a surprising move, the six-time champion and greatest of all-time returned to the NBA as a member of the Washington Wizards.

The Air Jordan XVII was meant to represent MJ’s finer tastes that were further developed after his retirement in 1998. The outsole traction mimics the landscape of a golf course, while the refined upper was a blend of an Aston Martin supercar and the unstoppable flow of a smooth jazz solo. It also featured a removable gaiter shroud that furthered the dress-shoe appeal

Tomorrow, Michael Jordan’s son Marcus embarks on the first-ever solo retro release of the Air Jordan 17. The grey/gold/black colorway was originally a 1-of-1 concept made just for the store’s iconic Air Jordan legacy display. Like previous Trophy Room releases, this collaboration will be limited to less than 4,500 pairs. A $323 price-tag for the shoes include a custom t-shirt designed by Marcus himself, and free shipping.

The release will be exclusively at TIER nightclub in downtown Orlando at 8 AM EST and on trophyroomstore.com. 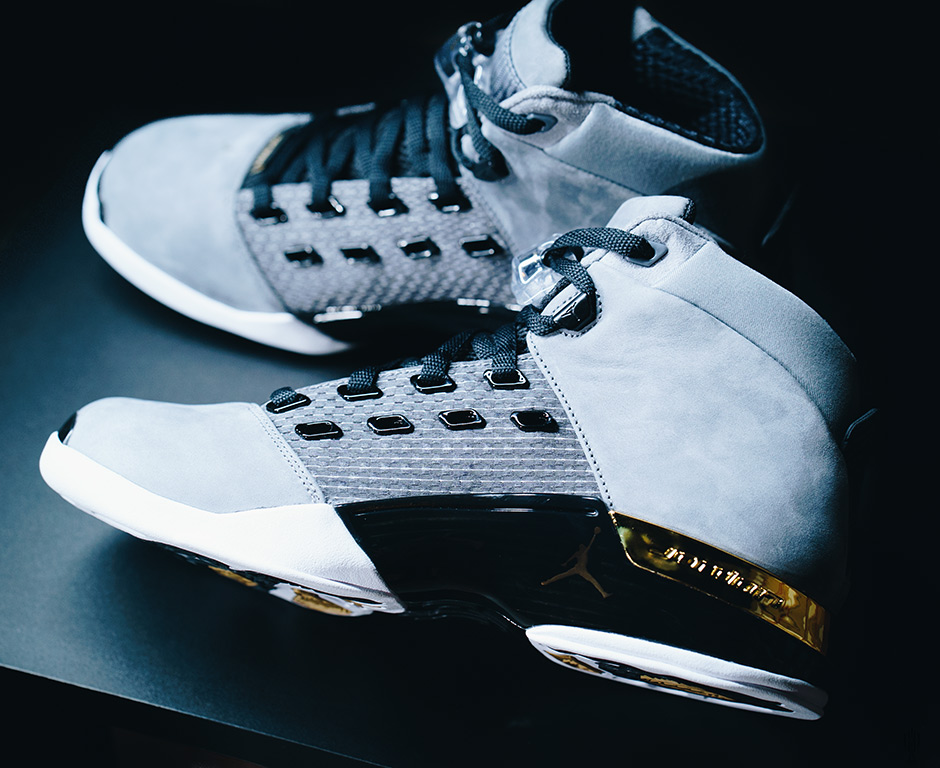 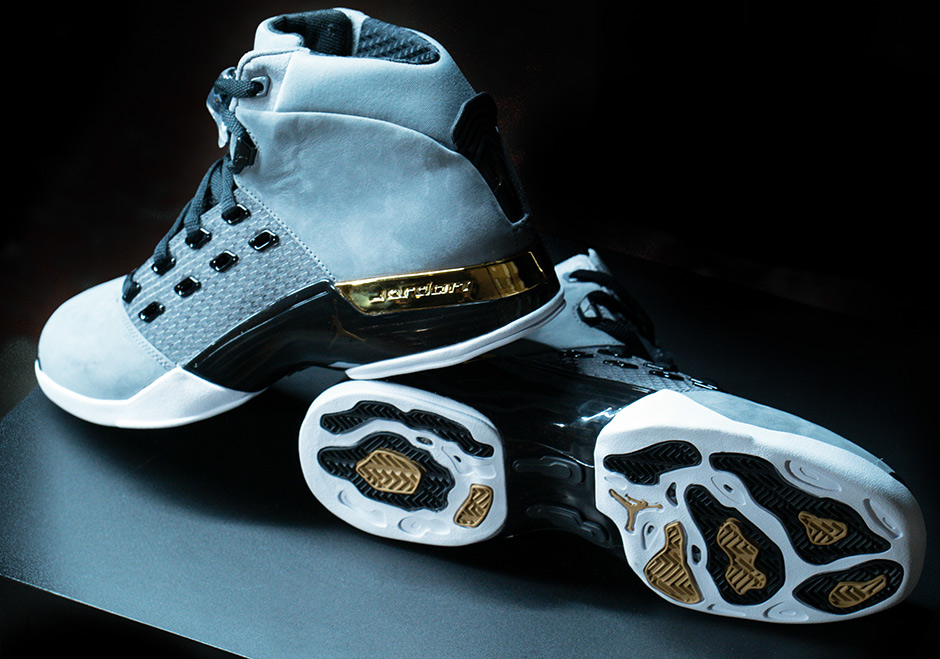 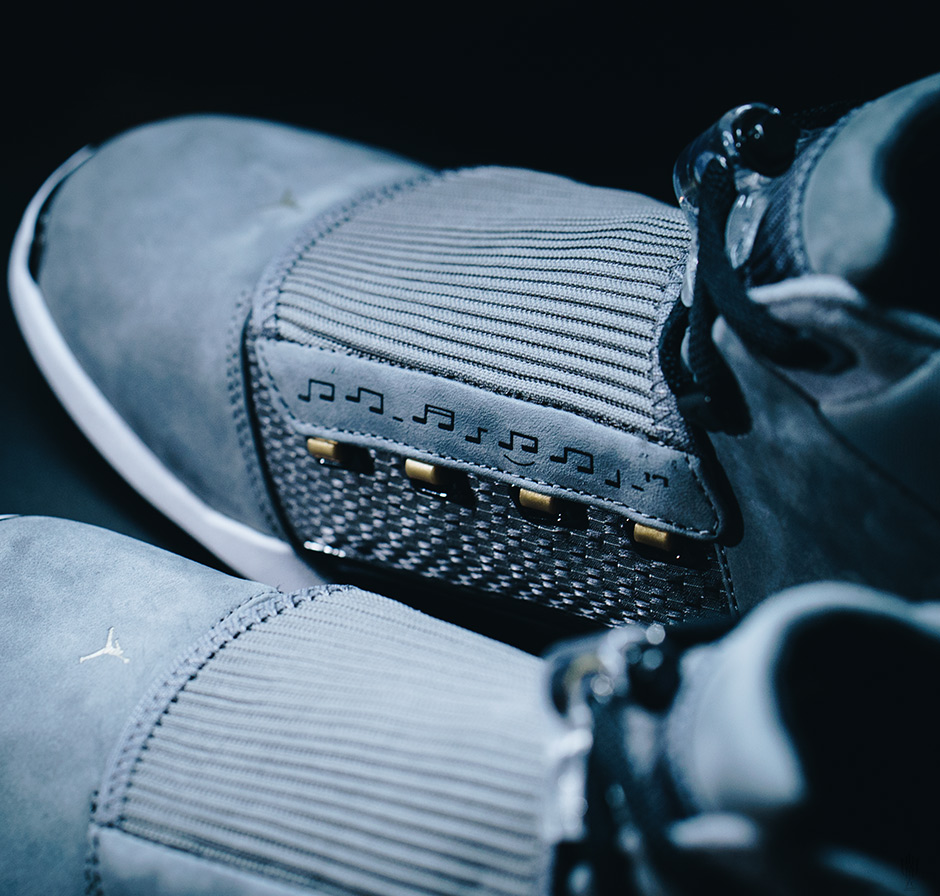 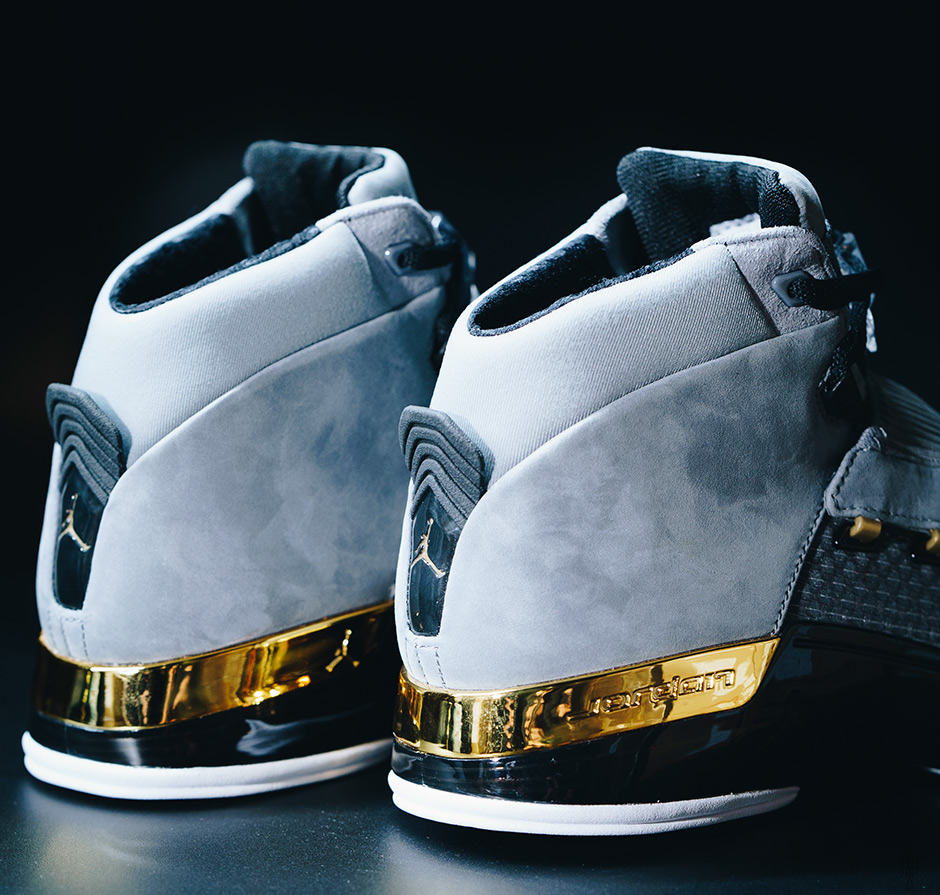 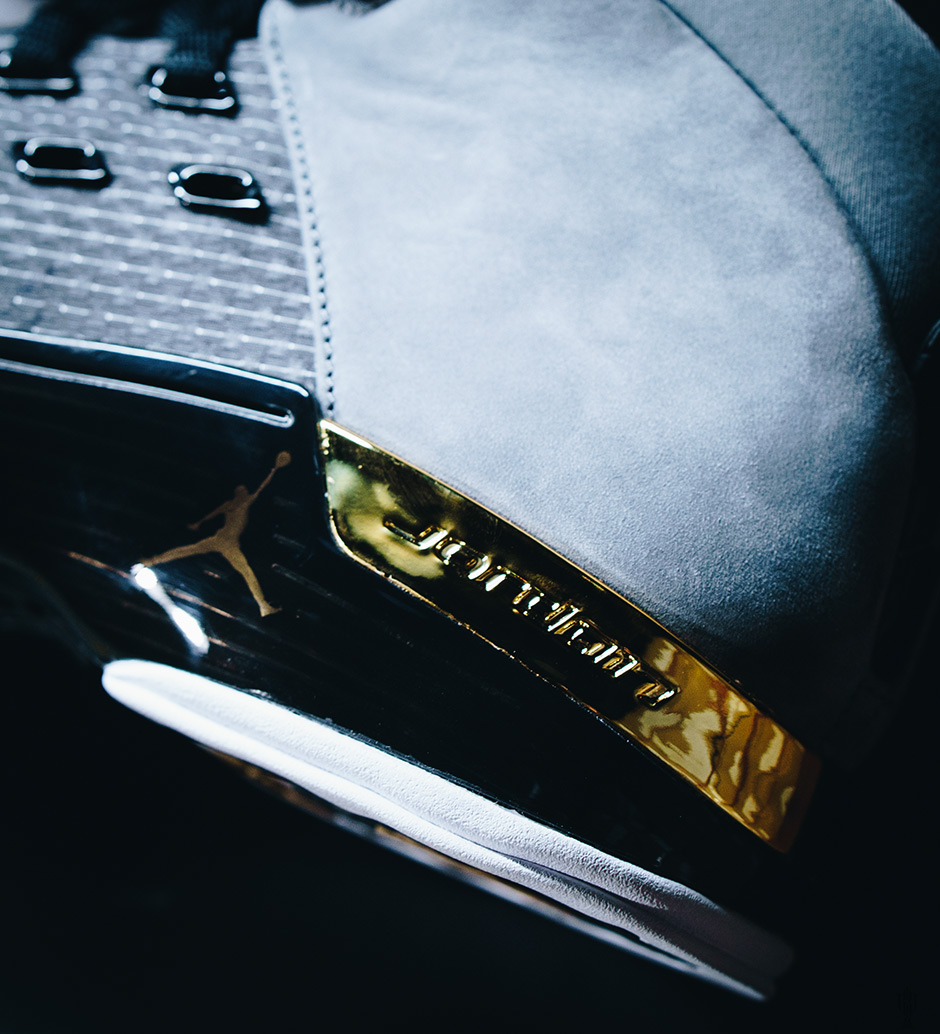 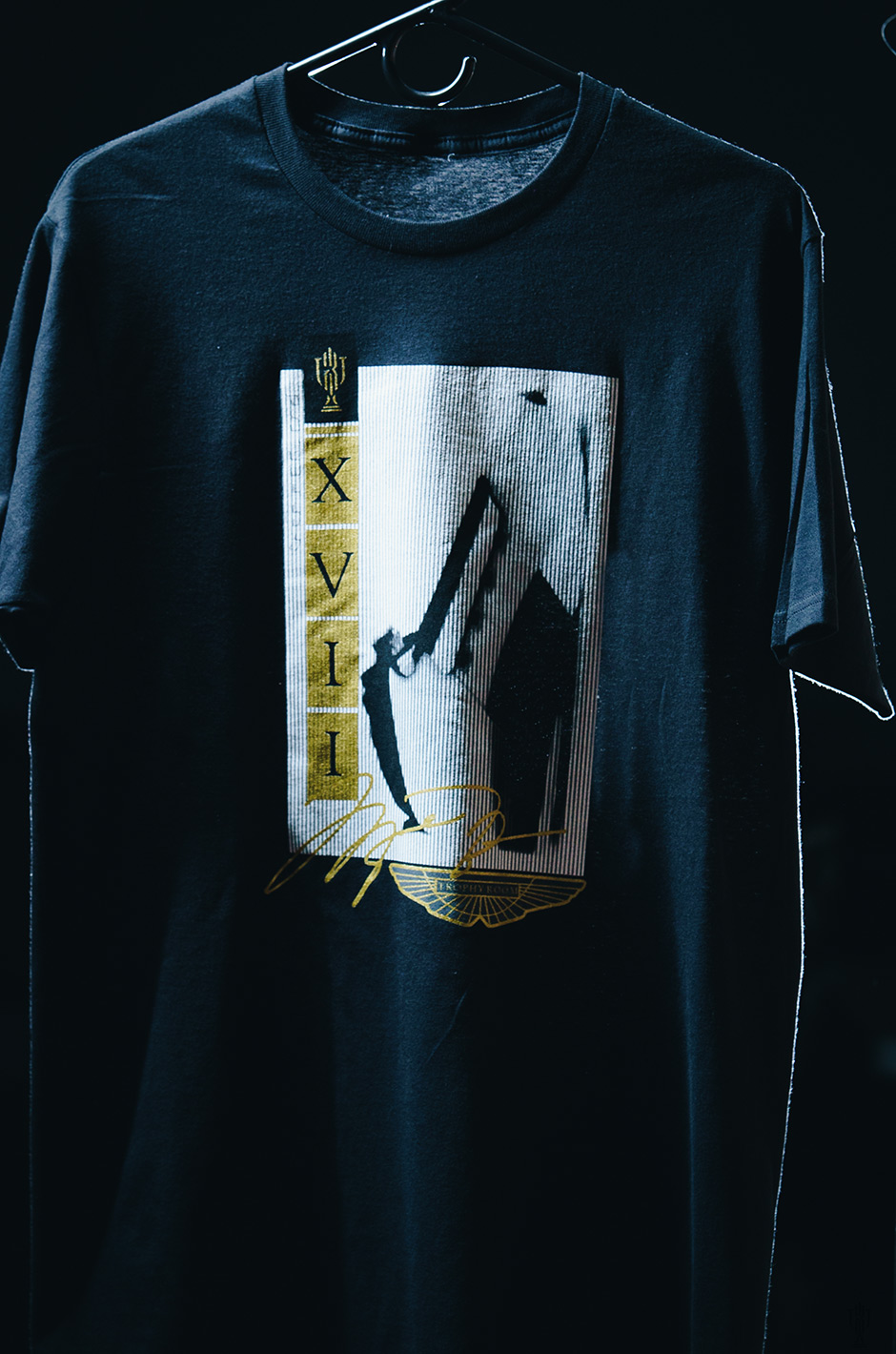