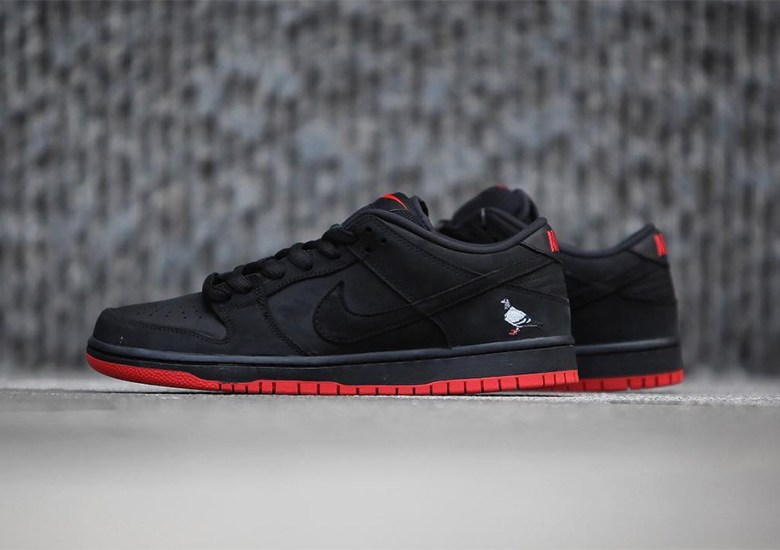 Up Close With The Nike SB Dunk Low “Pigeon” 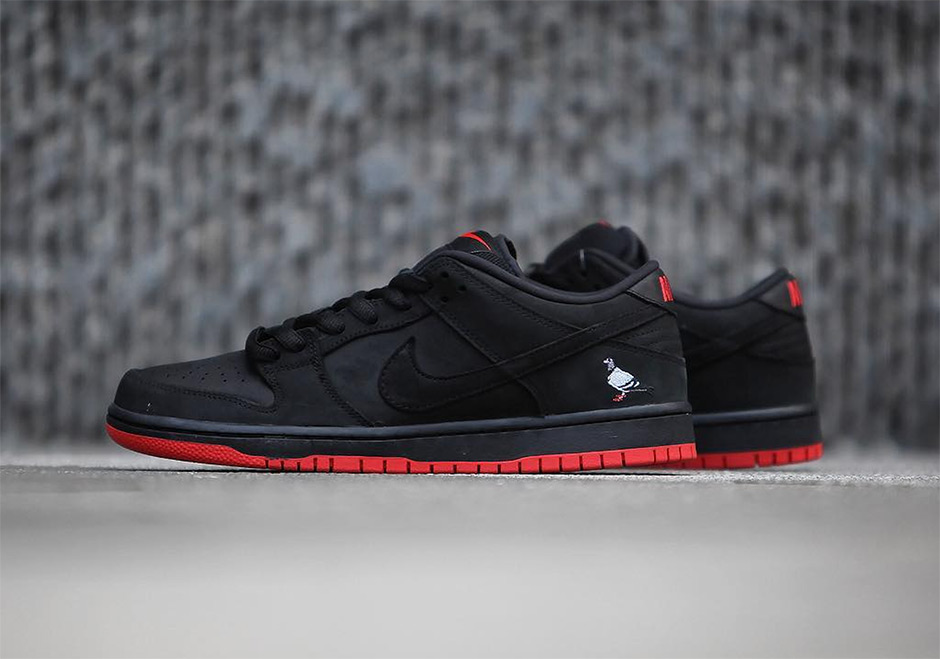 One of this year’s most surprising sneaker releases is coming soon as the sequel to 2005’s Nike SB Dunk Low “Pigeon” will be making its official appearance on November 11th. With an all-new black upper and a bright red detailing, Jeff Staple’s “Pigeon” design will further cement itself as one of the most cherished shoe releases of the all-time. This time around, we don’t expect the release to have the same chaotic consumer response as the shoes are certainly releasing in much larger quantities. Enjoy the best look that we have gotten of the iconic skateboarding shoe below and mark your calendars for a November 11th release. 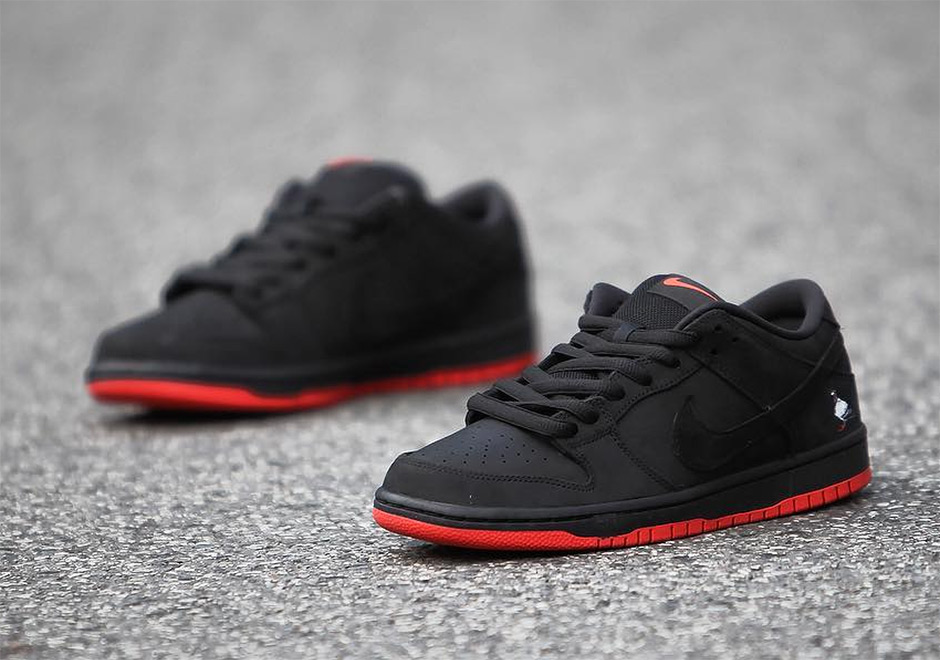 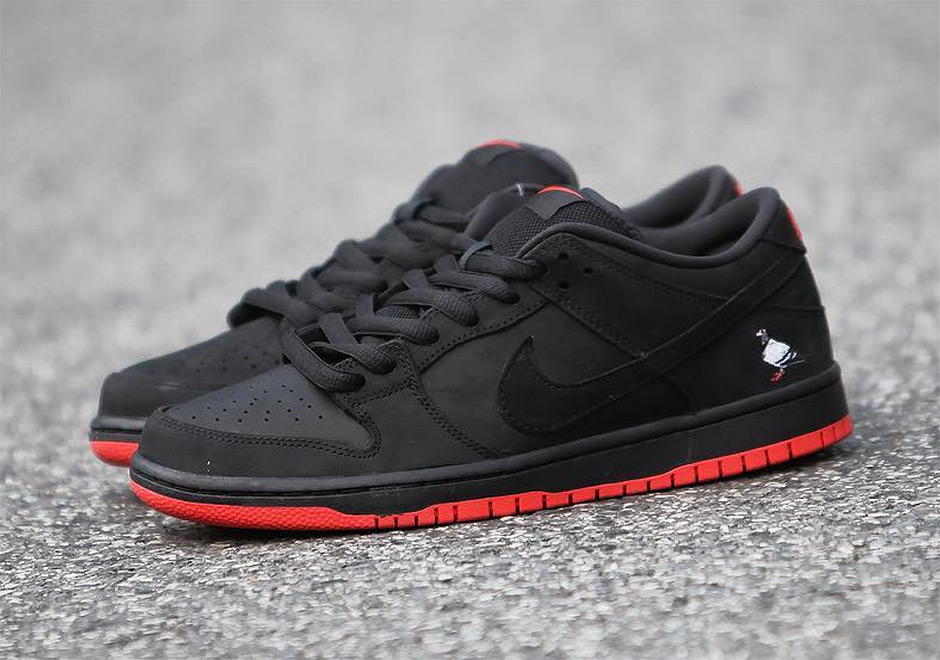 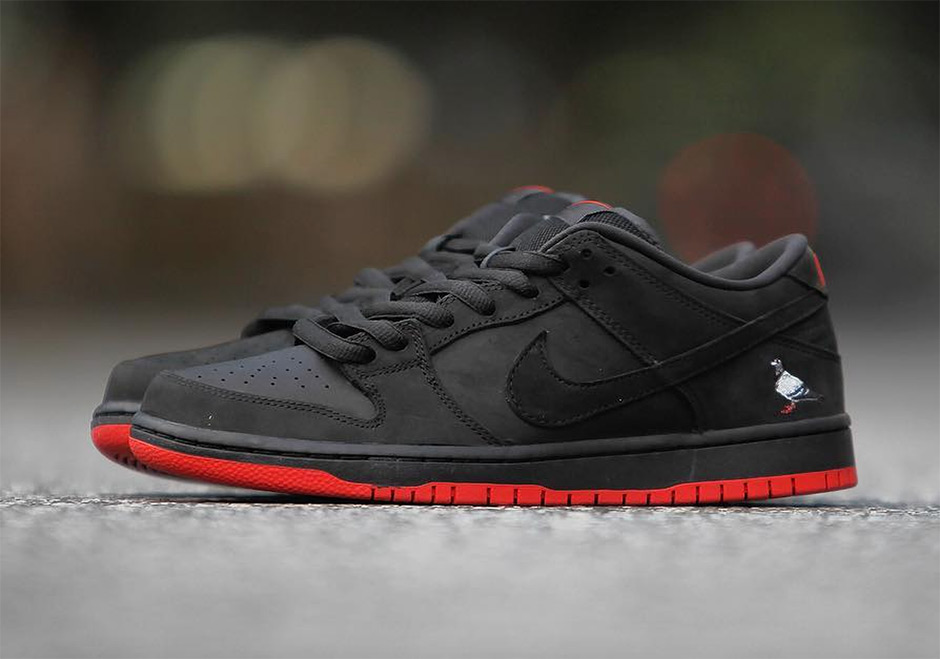 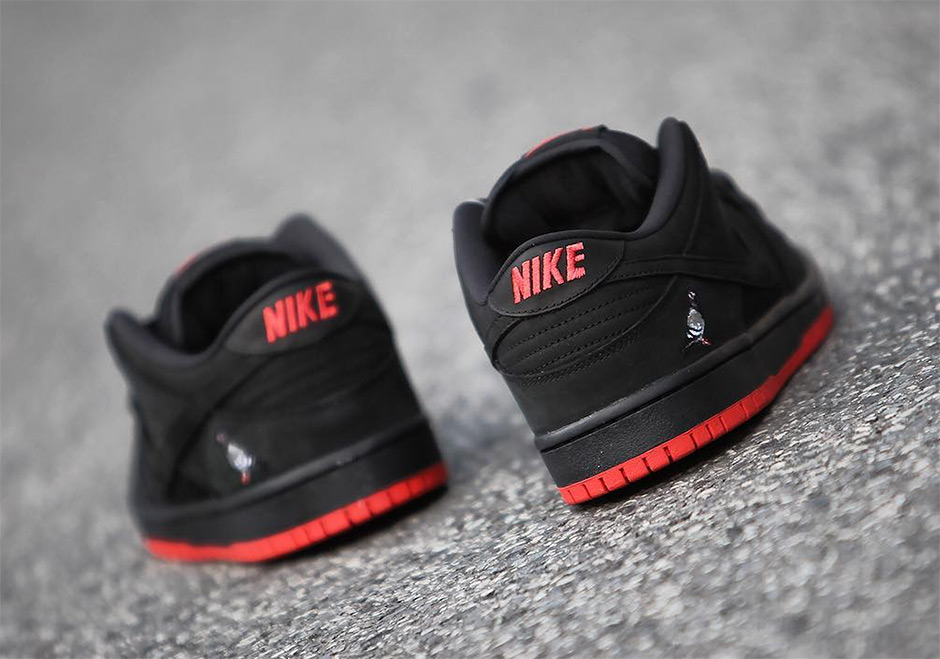 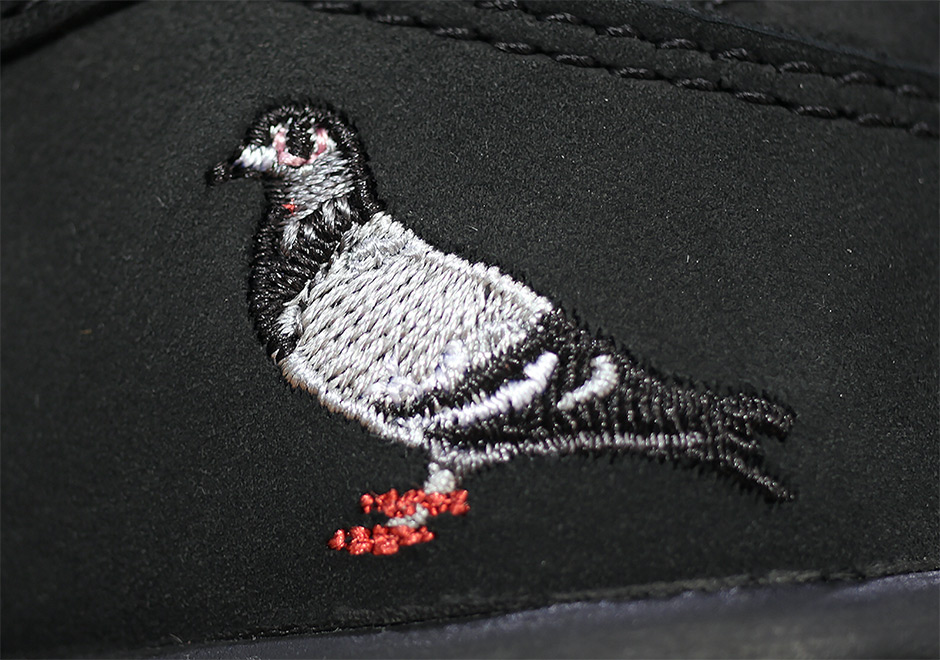 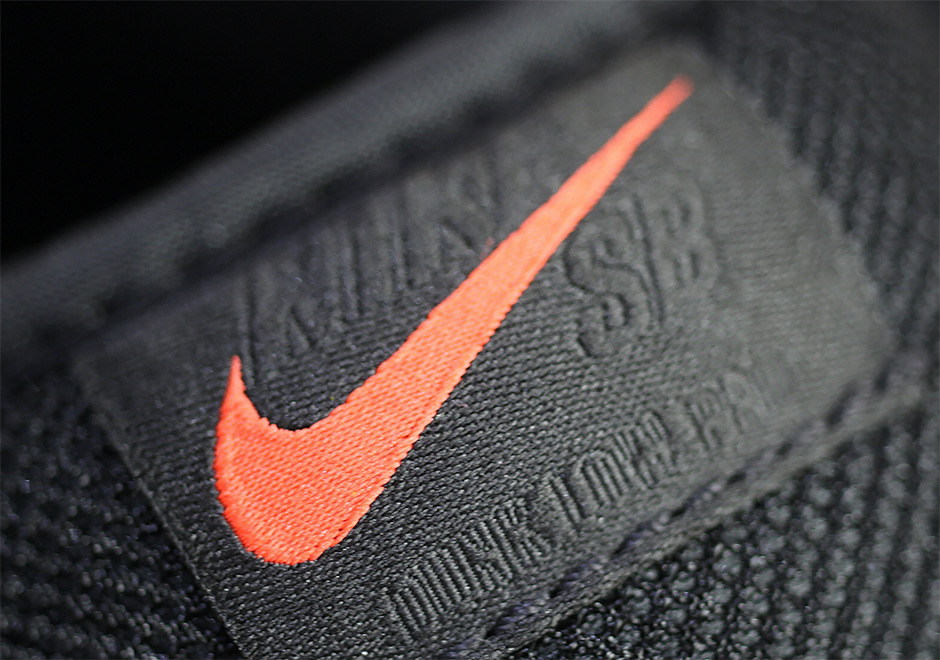 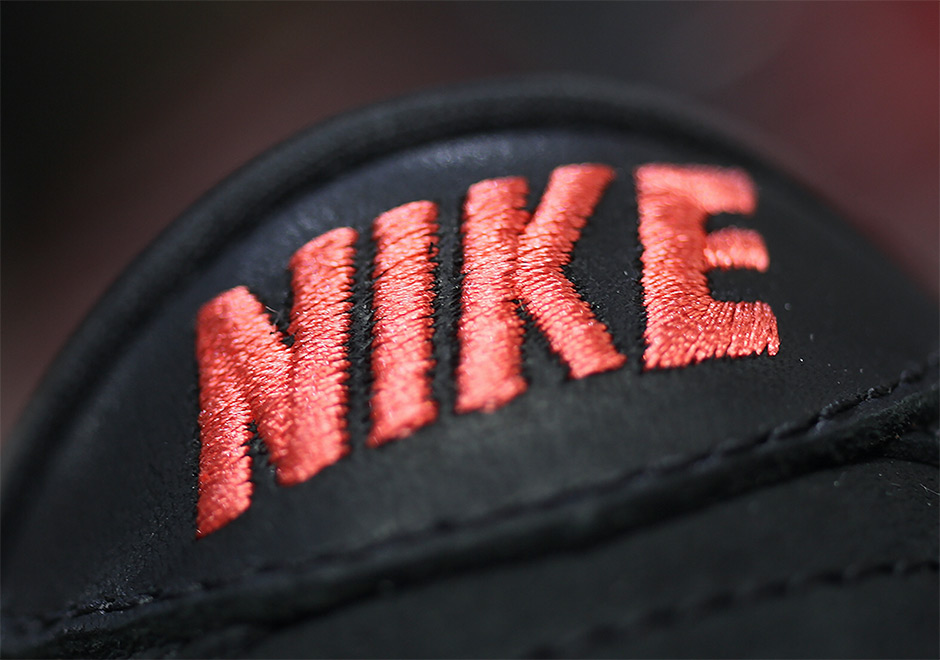