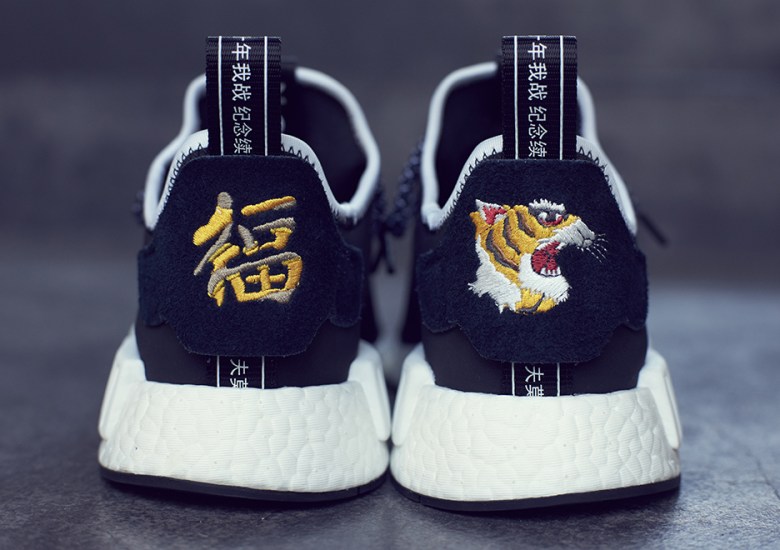 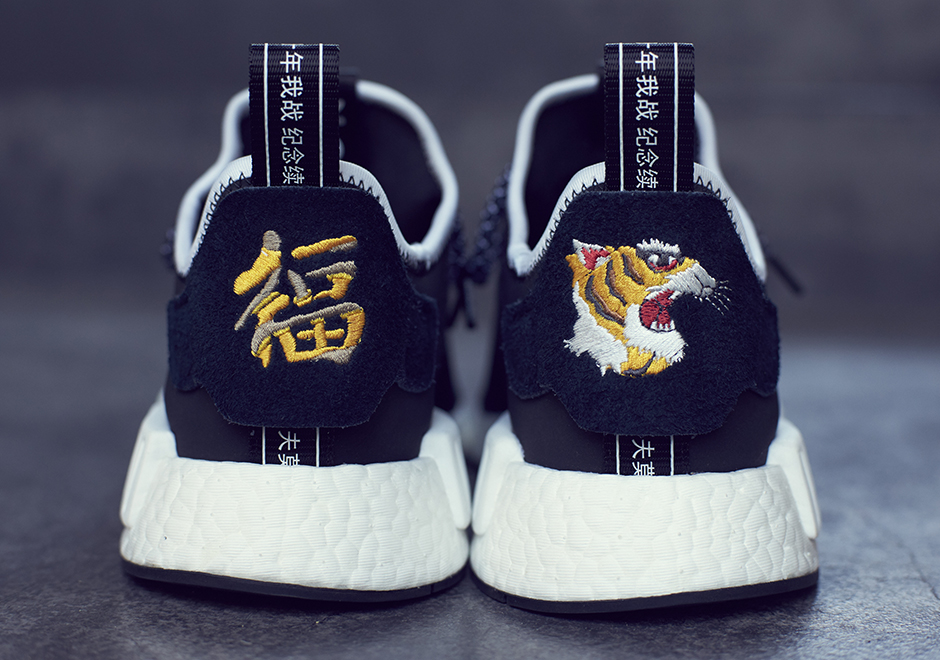 As 2017 winds down, Taiwanese boutique INVINCIBLE is gearing up for what’s shaping up to be an epic 10 year Anniversary in 2018. They’re merely whetting our appetites before that true milestone celebration begins, so we’re left asking – how could it get better than this? Today, Invincible and adidas Originals officially unveil a three way collaboration that ushers in legendary Japanese streetwear brand NEIGHBORHOOD; inspired by label’s adidas Superstar design from the silhouette’s 35th Anniversary celebration in 2004, Invincible blends in the iconic all-black upper with elements of a tiger, east-Asia’s most powerful cat, and design details of a classic “souvenir” jacket as seen on the ornate embroidery and lettering into the adidas NMD R1.

Powerful branding of both Invincible and Neighborhood are featured at the forefoot NMD “bumpers” as well as on the subtle tongue patches. A closer observation of the upper also reveals tonal camouflaged tiger stripes embedded into the all-black upper.

This epic collaboration is set to release exclusively at INVINCIBLE in-store and online on Black Friday, November 24th. A release at global Consortium accounts is confirmed for December 29th. Not enough for you? Invincible has one more adidas Consortium collaboration coming in December in the form of an NMD and Ultra Boost – the last of the brand’s Sneaker Exchange series. 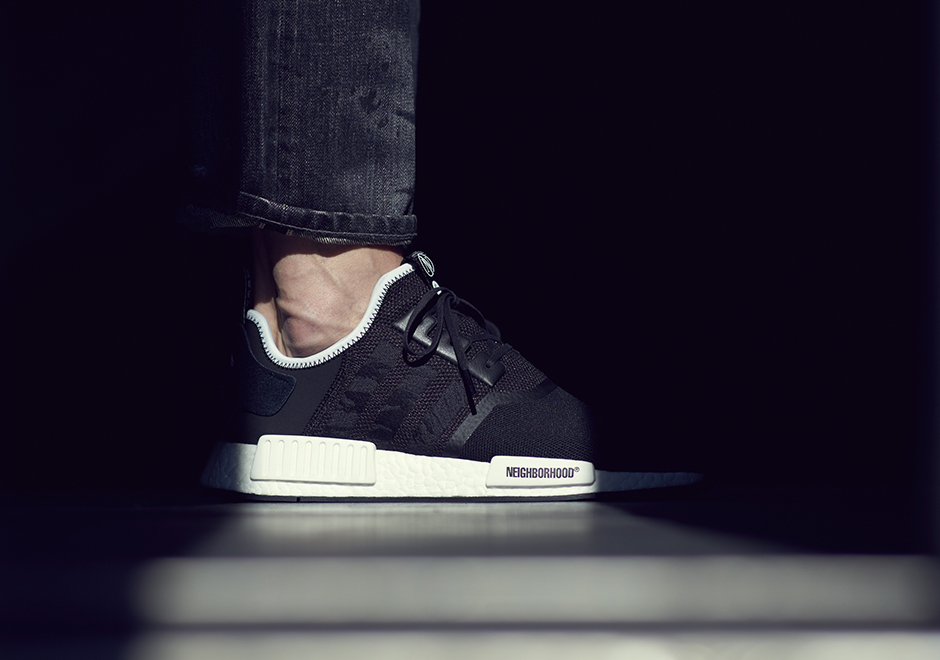 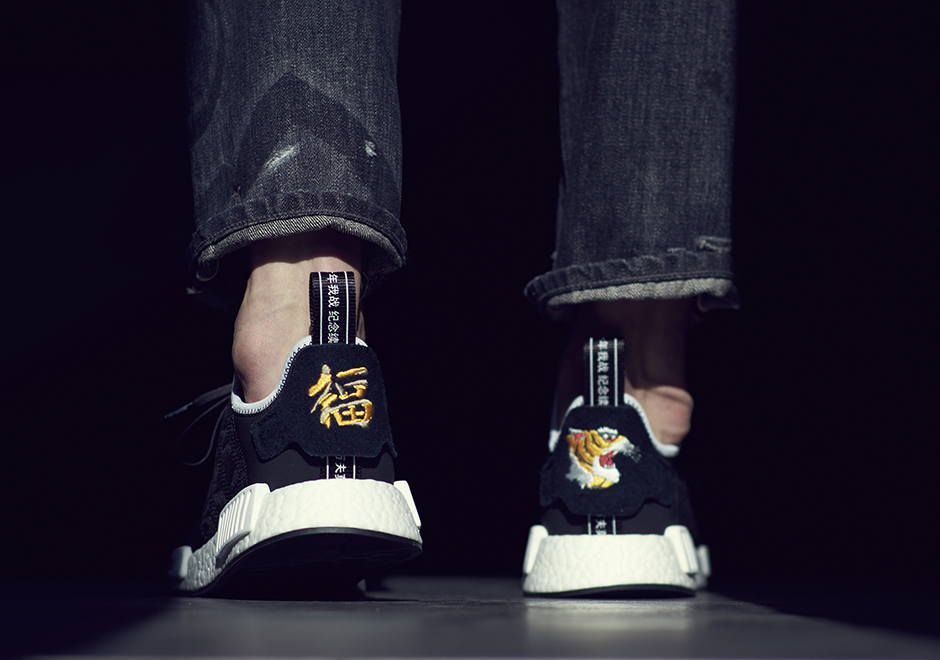 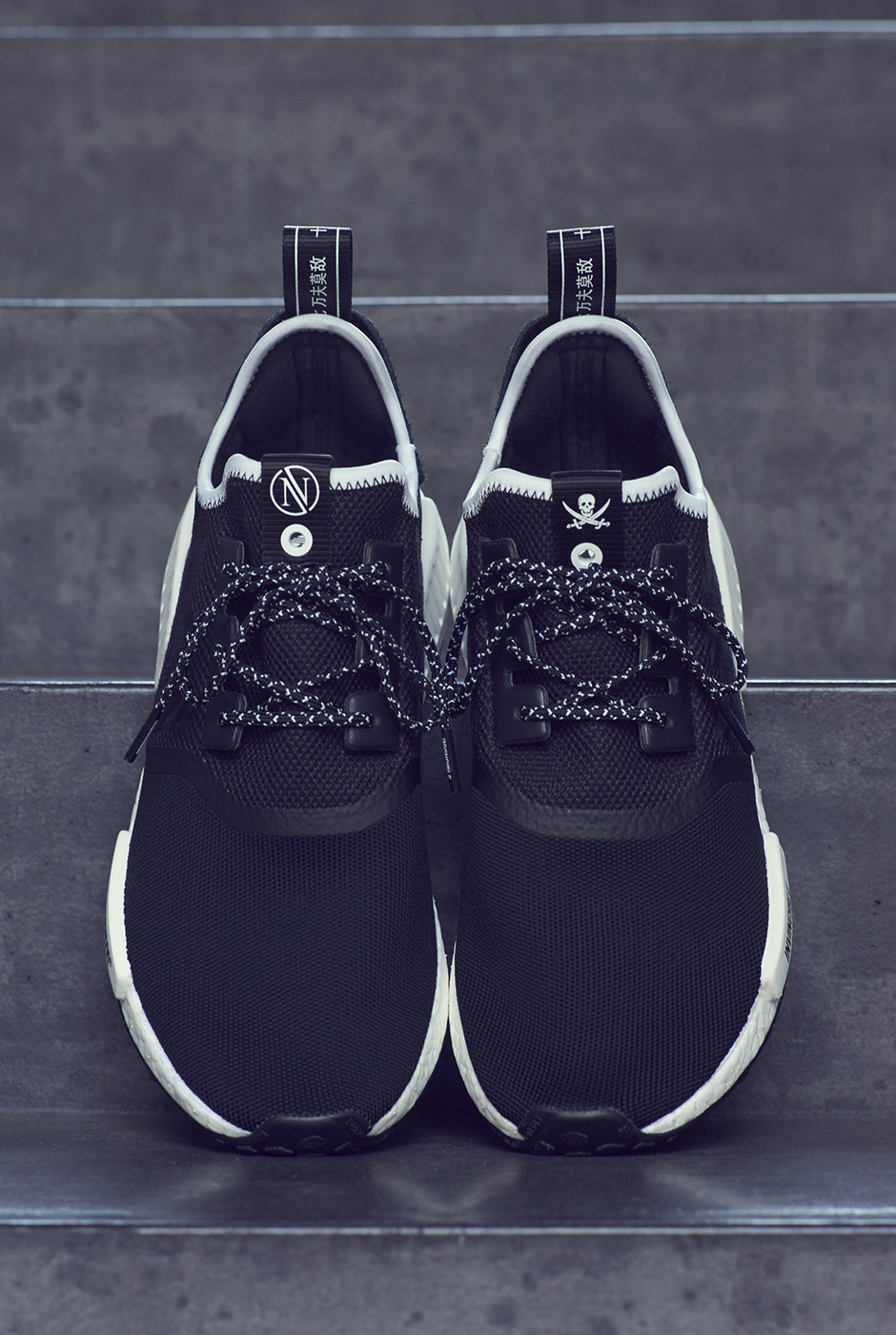 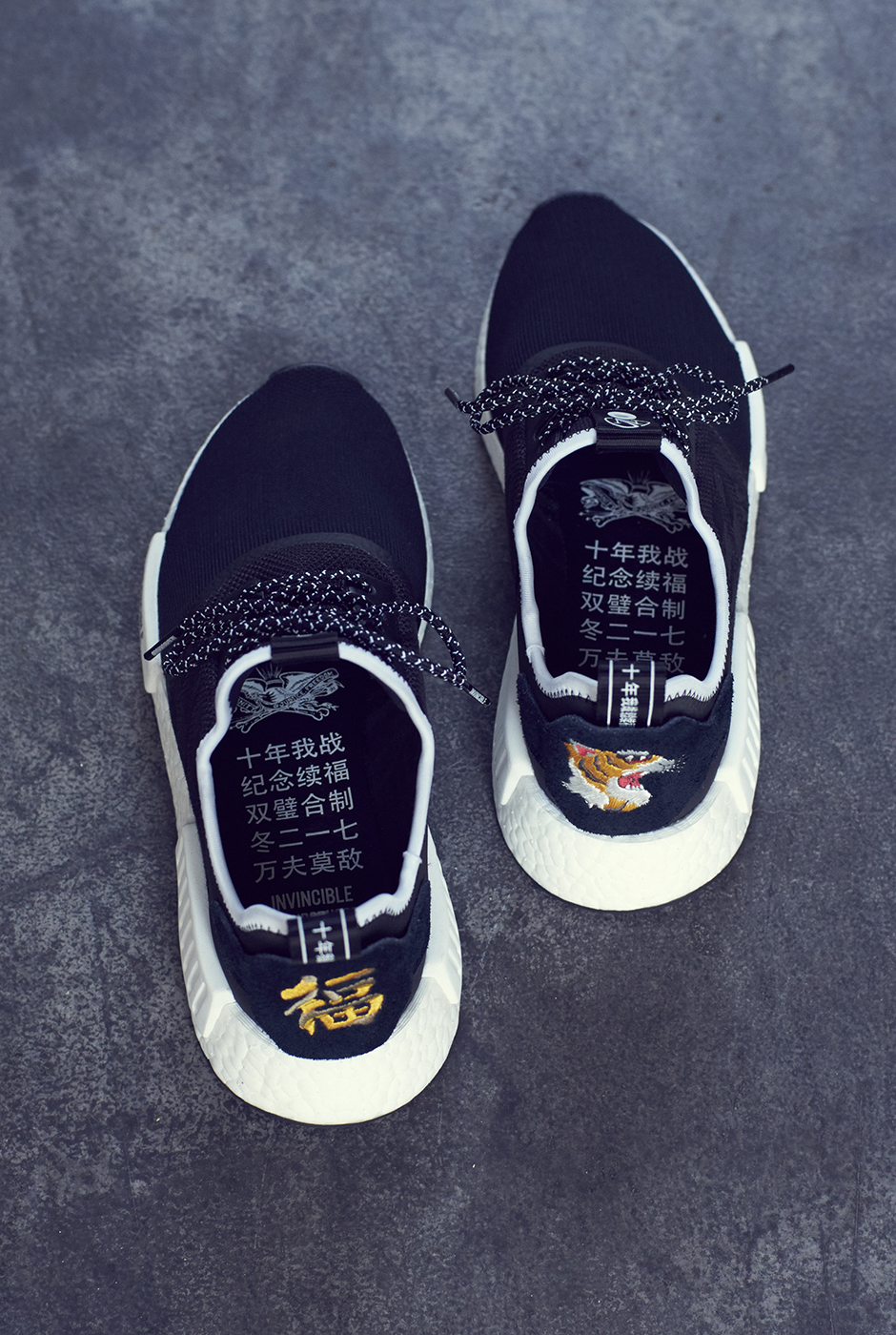 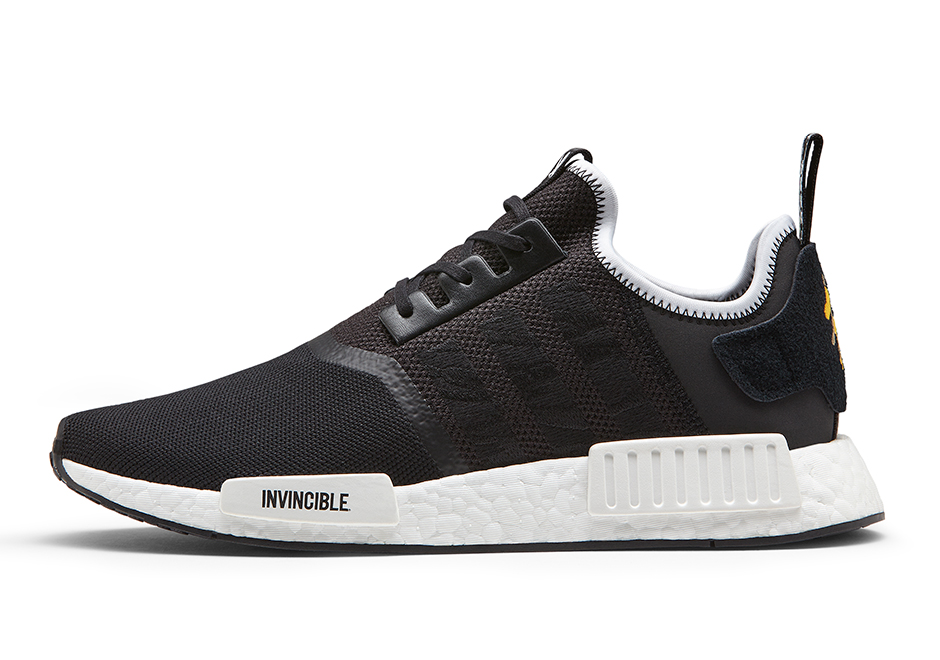 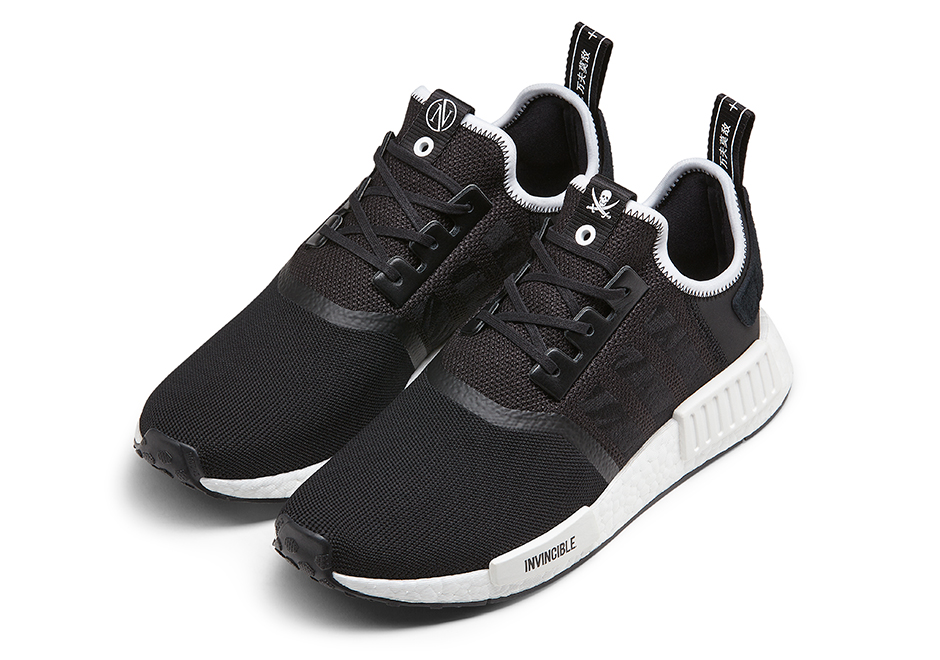 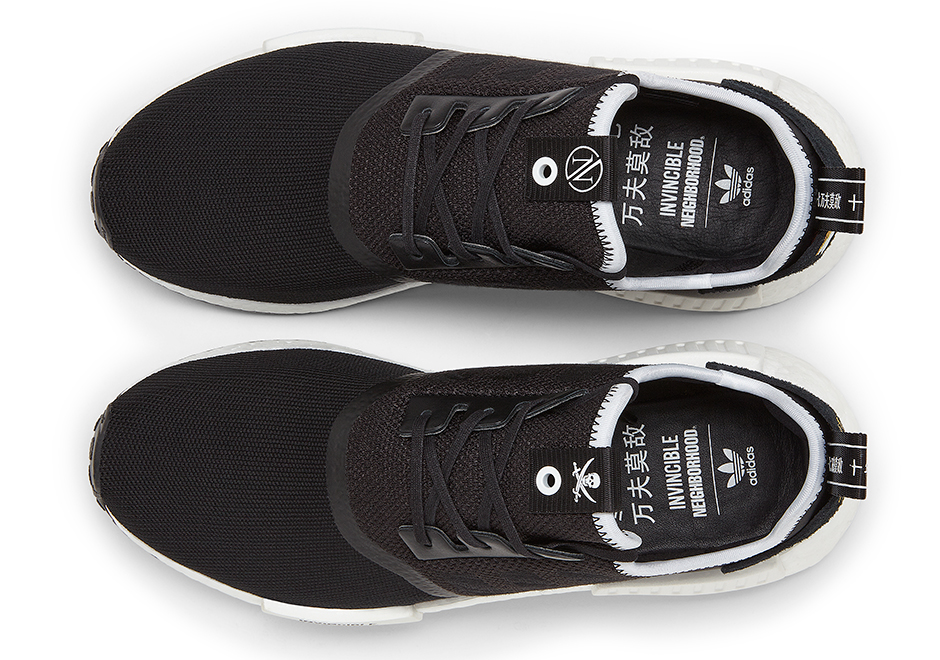 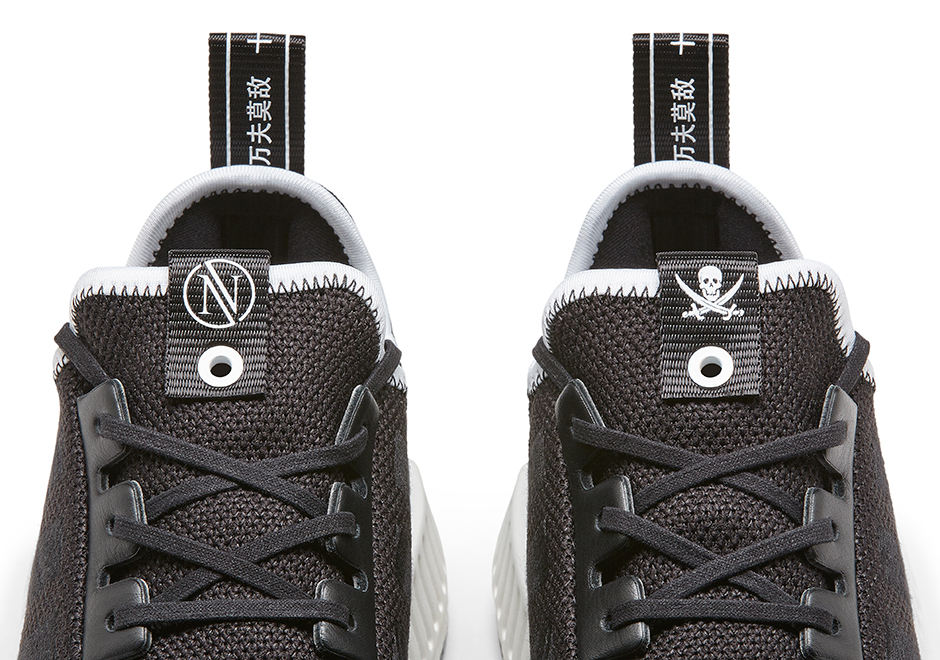 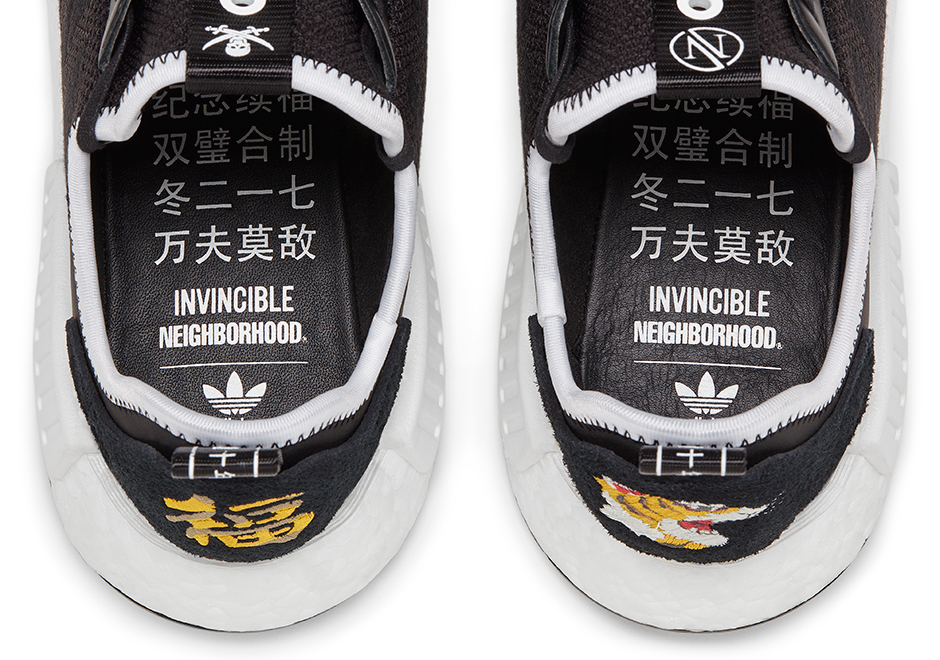 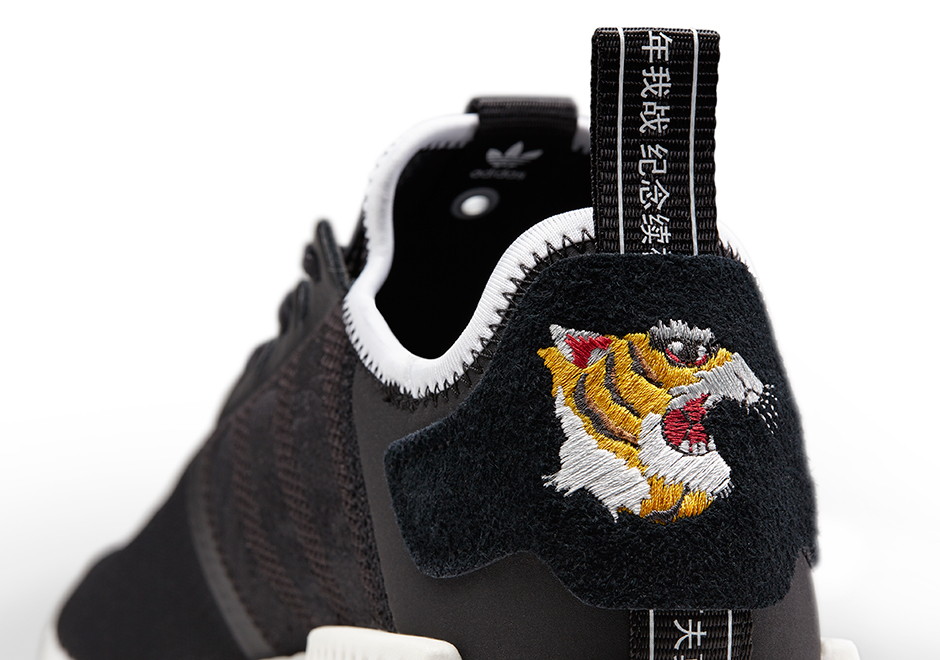 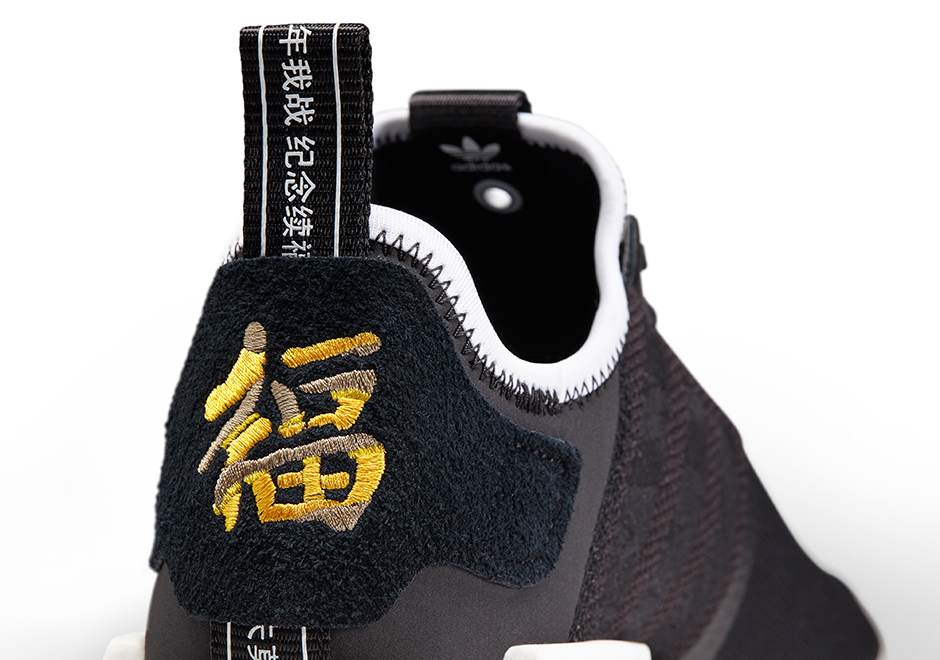