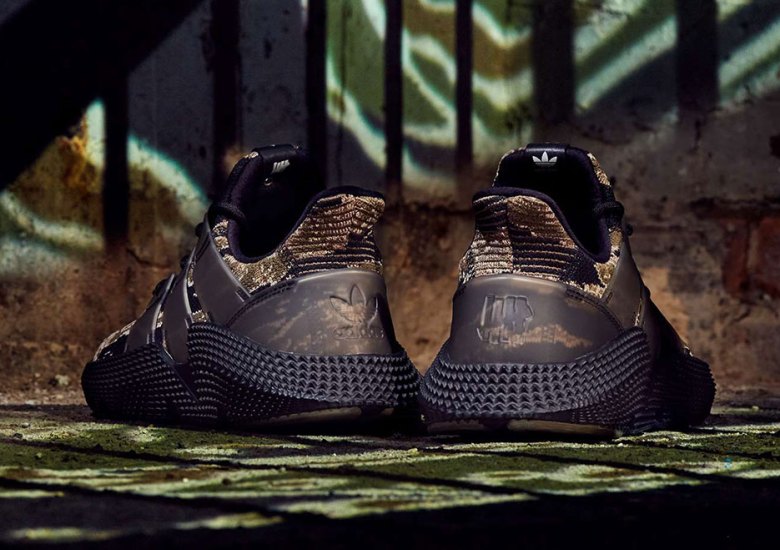 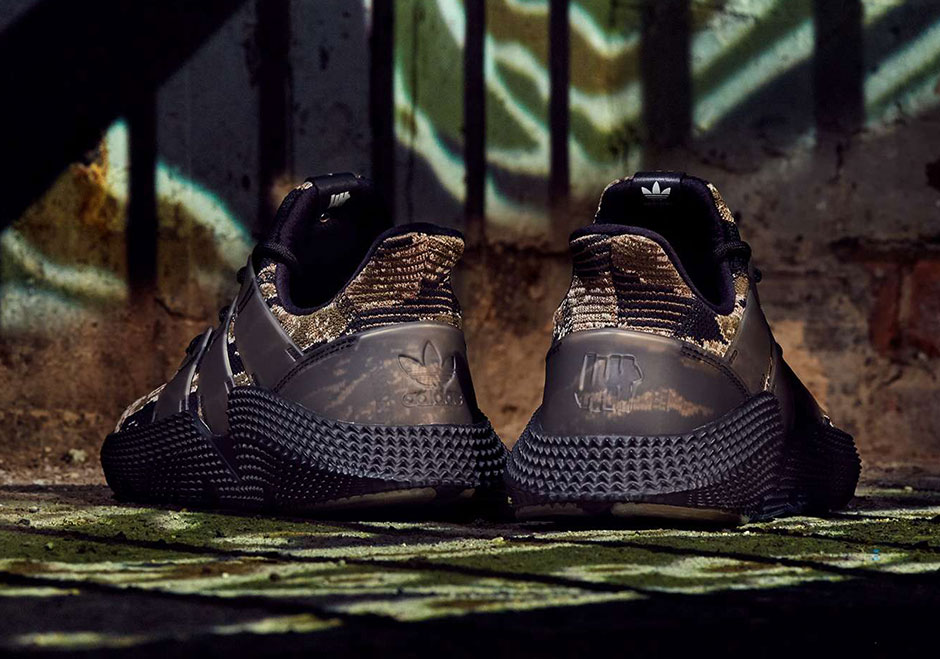 After being initially previewed last week, the UNDFTD x adidas Prophere collaboration is back in the news with actual images and updated release information. Adorned in Tiger Camo, the pattern on this bulky silhouette differs from the original images of the collaboration that had previously surfaced. adidas Originals and UNDFTD share co-branding on the famous Consortium tongue tabs with the latter’s name boldly imprinted underneath the lacing mechanism. This flashy partnership is a smart way for the Trefoil Brand to kick-start the bold silhouette that features a chunkier construction than adidas fans have become accustomed to with the Ultra BOOST and NMD lines.

Scheduled to release exclusively at UNDEFEATED on December 16th, the UNDFTD x adidas Prophere will arrive at select adidas retailers worldwide on December 23rd. Did you prefer the mock-up images that surfaced last week, or do you like the official Tiger Camo look? 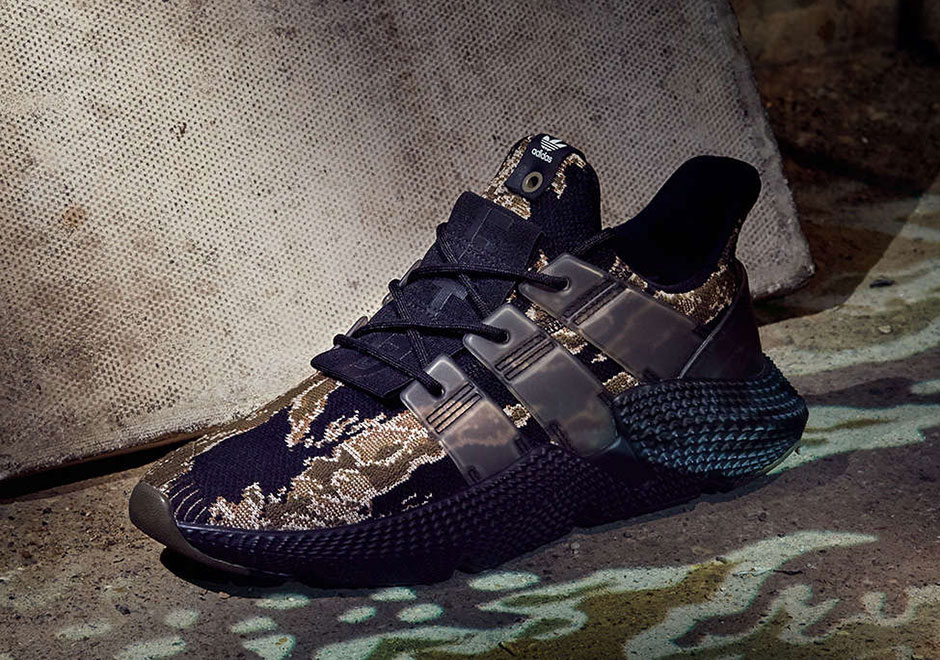 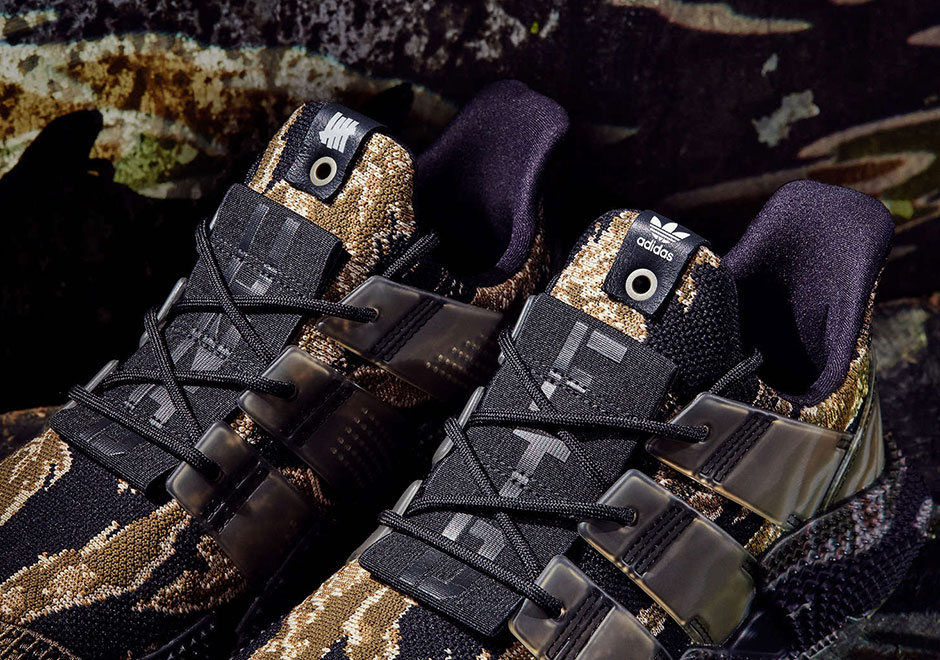 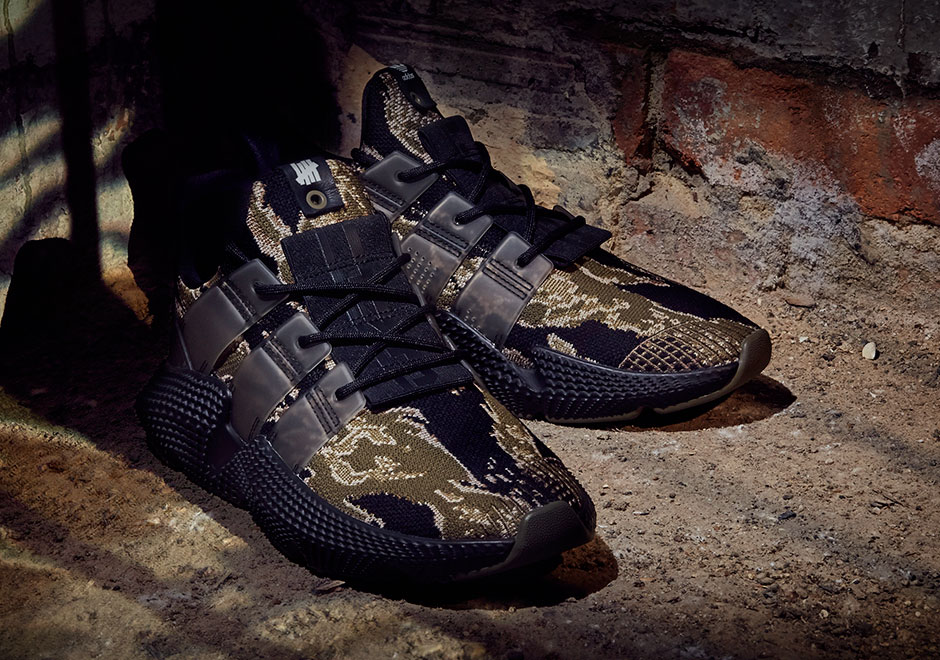 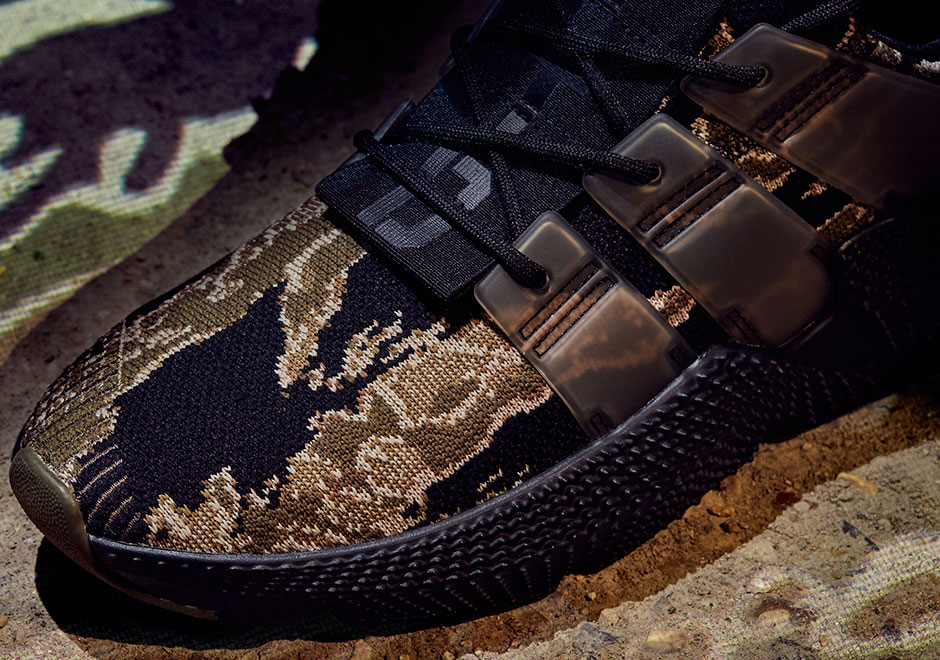 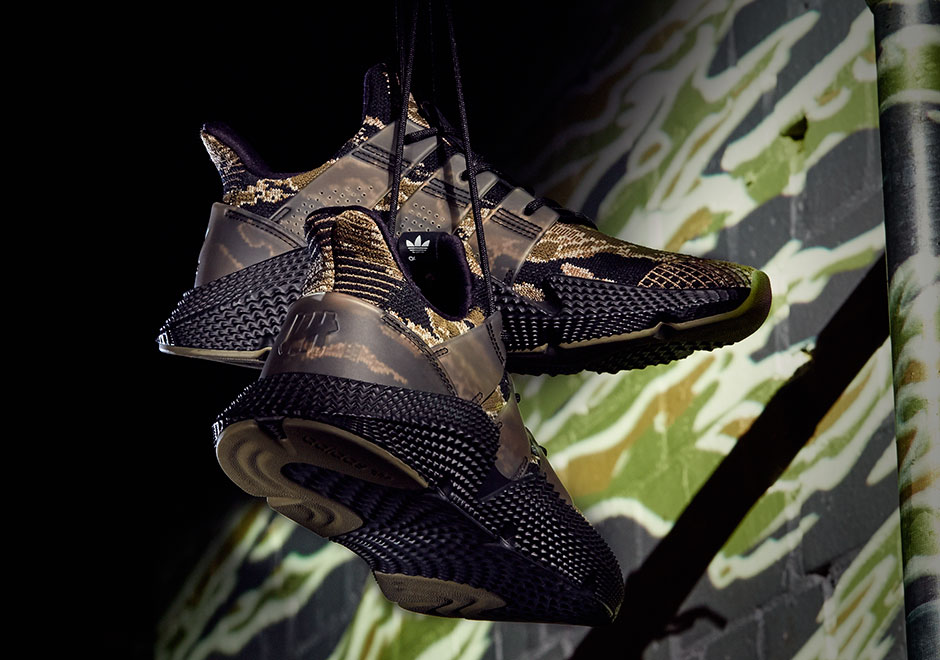