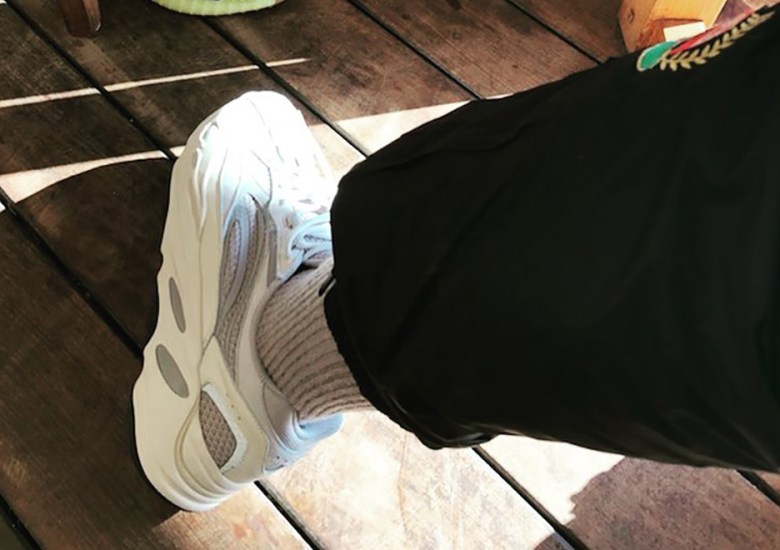 Last week, Kanye was spotted wearing a Triple Black version of the adidas Yeezy Boost 700  and now the GRAMMY Award winnings hip-hop artist has been seen in a slightly altered white version. In a meeting between Scooter Braun, Virgil Abloh, and Skrillex, West rocked this new offering that features a heel overlay atop the customary Wave Runner sole. Last week, it was reported that the original Wave Runner 700 colorway is the most limited BOOST-equipped Yeezy variation ever, so it should be interesting to see the quantity of the next release. While no official information has surfaced regarding a release of this new-look silhouette, it is possible that this could be the V2 version of the Yeezy 700. Keep it locked to Sneaker News for more details as they become available. 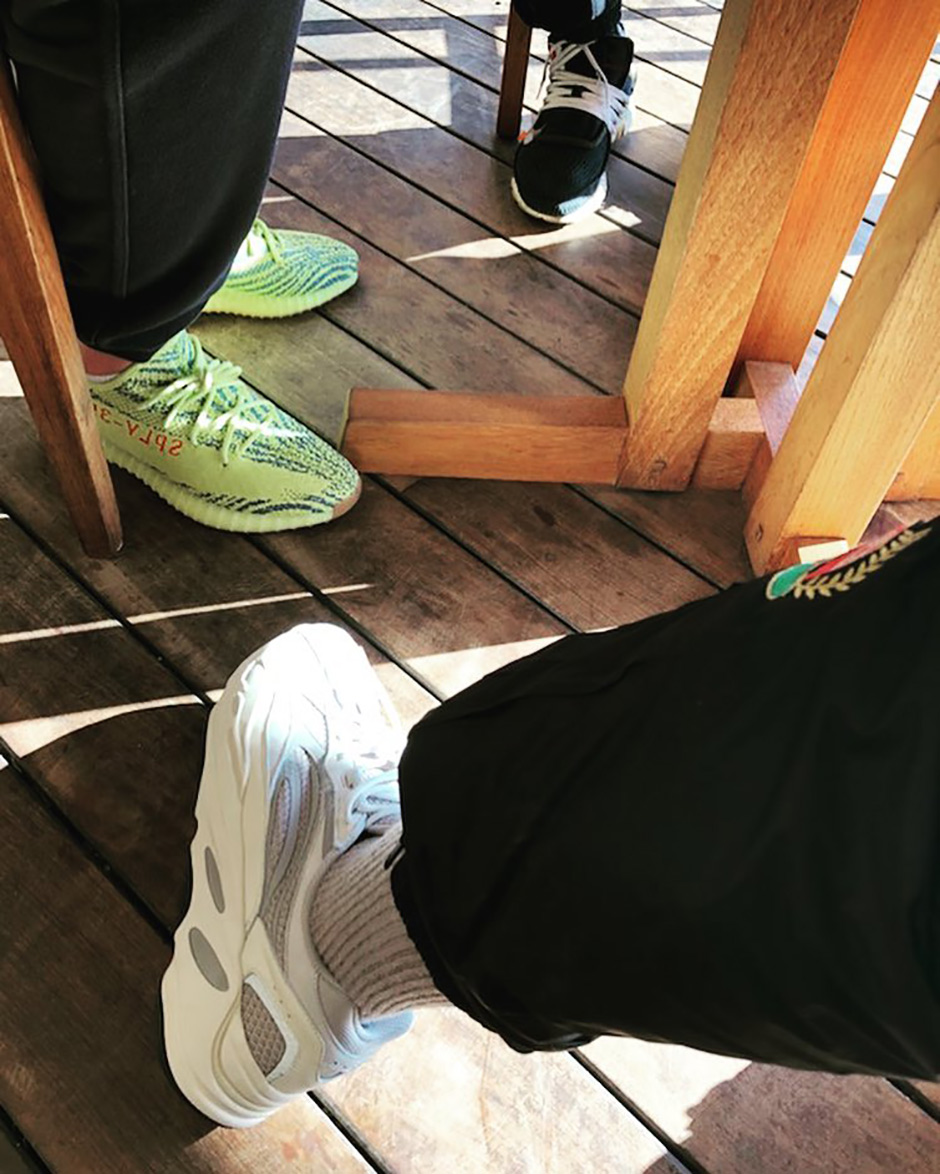 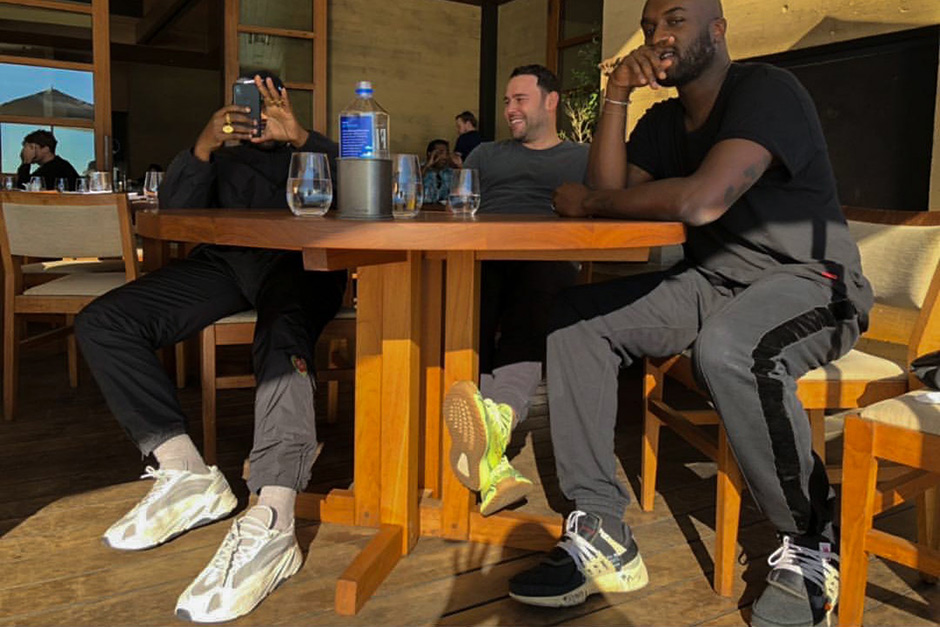