Undefeated continues to keep their ledger blemish-free as they’re ready to deliver the Nike Zoom Kobe 1 Protro in not one, not two, but three distinct colorways that honor their signature flight-jacket themed colorway. In addition to the camo-print and white/gum colorway, UNDFTD will drop a third olive version with bright orange accents on the tongue logos and tongue lining. The white/gum version is confirmed to release on February 15th while the camo pair follows on the next day on February 16th, but the olive version won’t drop until a later date. Get a first look at all three here and stay tuned for updates. 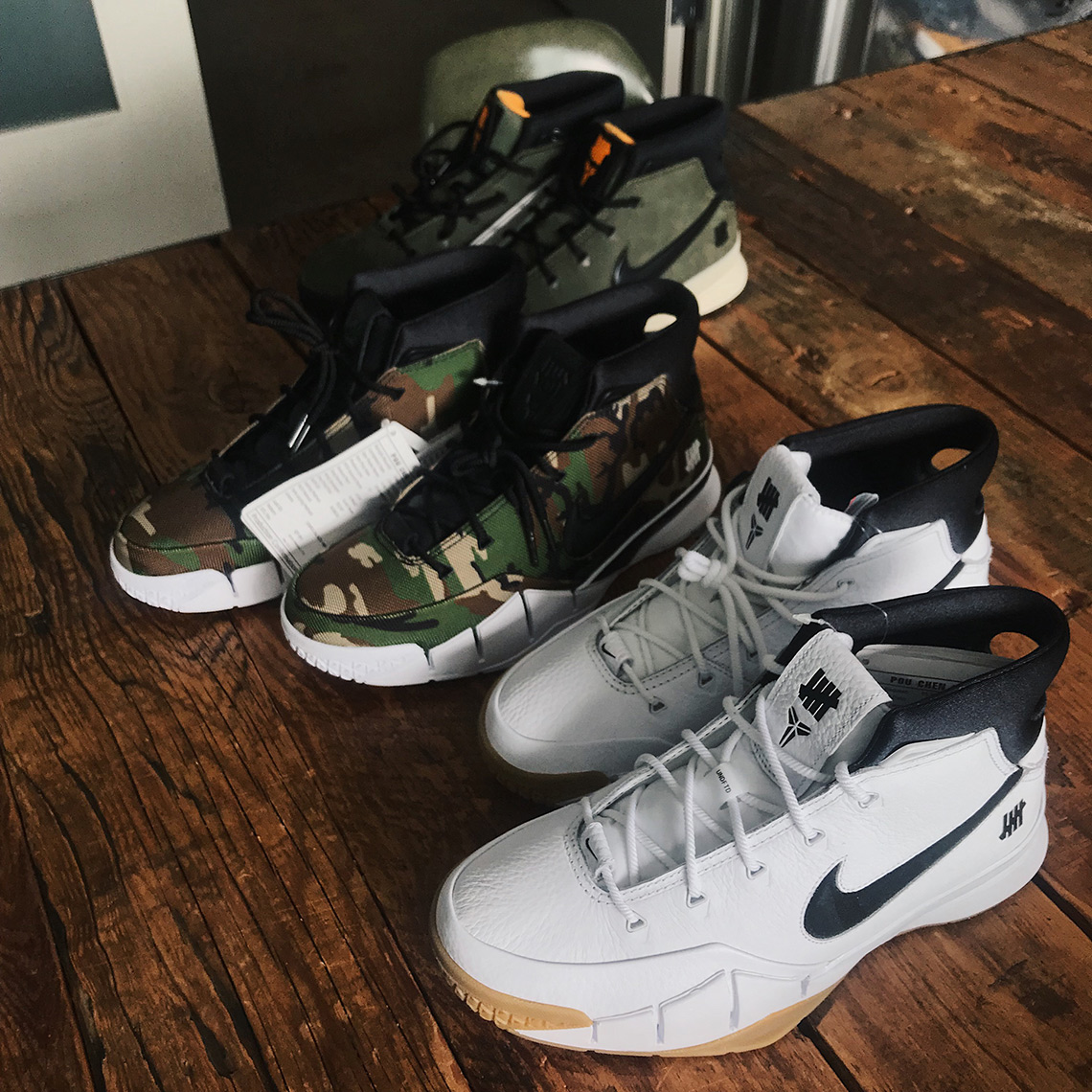