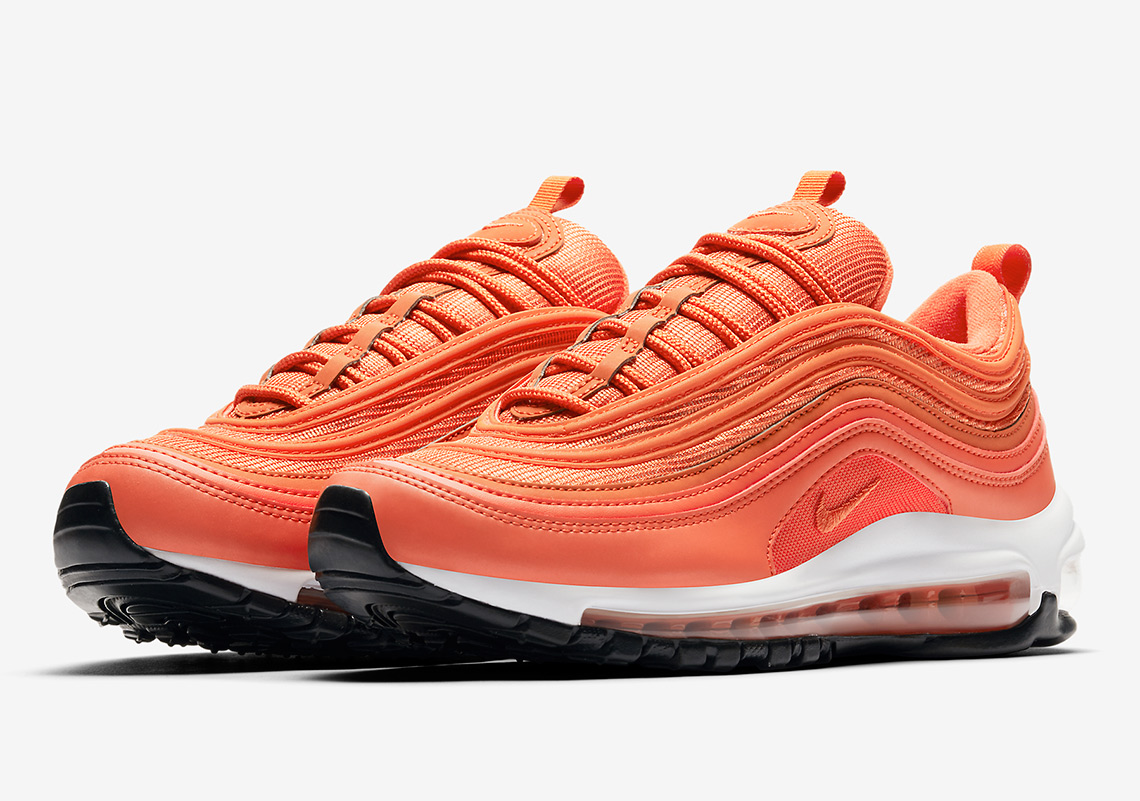 Nike is ushering in a brand new look for the Air Max 97, dressing it up almost entirely in orange. From its ankle collar all the way up to the midsole, this iteration boasts that hue, as it is broken up by a stark white midsole all atop a black outsole. As usual, an iridescent effect is added to its midfoot racing stripes, causing the sneaker to glow when under the right light. In 2012, the Swoosh equipped the Air Max 97 Hyperfuse with a tonal orange color scheme, but this is the first time it has predominantly adorned the sneaker in its original form from ’97. Set your sights on April, when this never-before-seen 97 is slated to arrive at Nike Sportswear retailers for $160 USD. 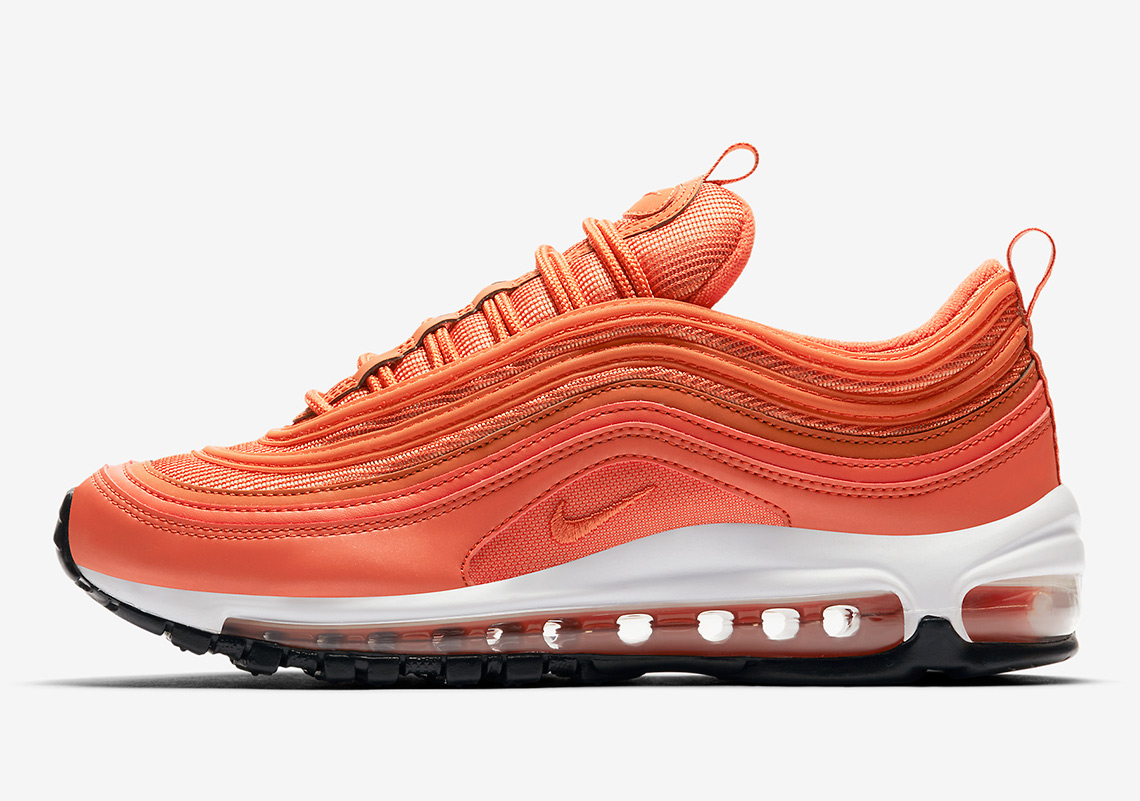 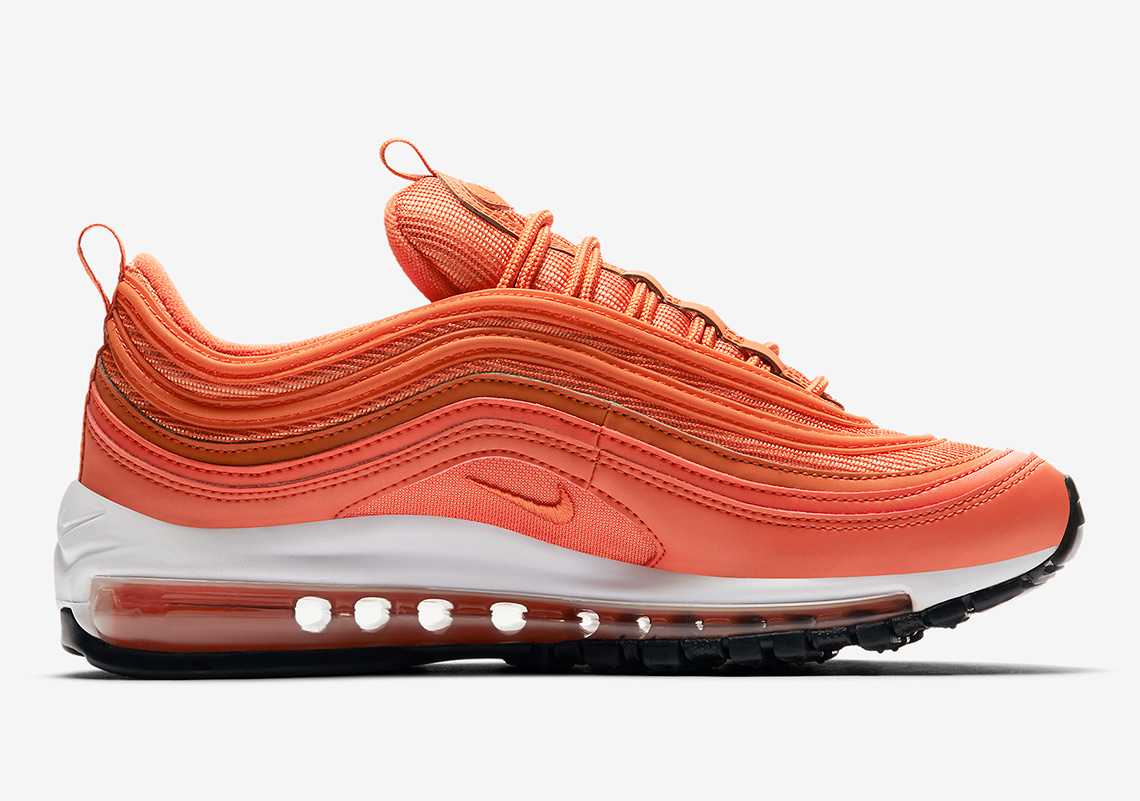 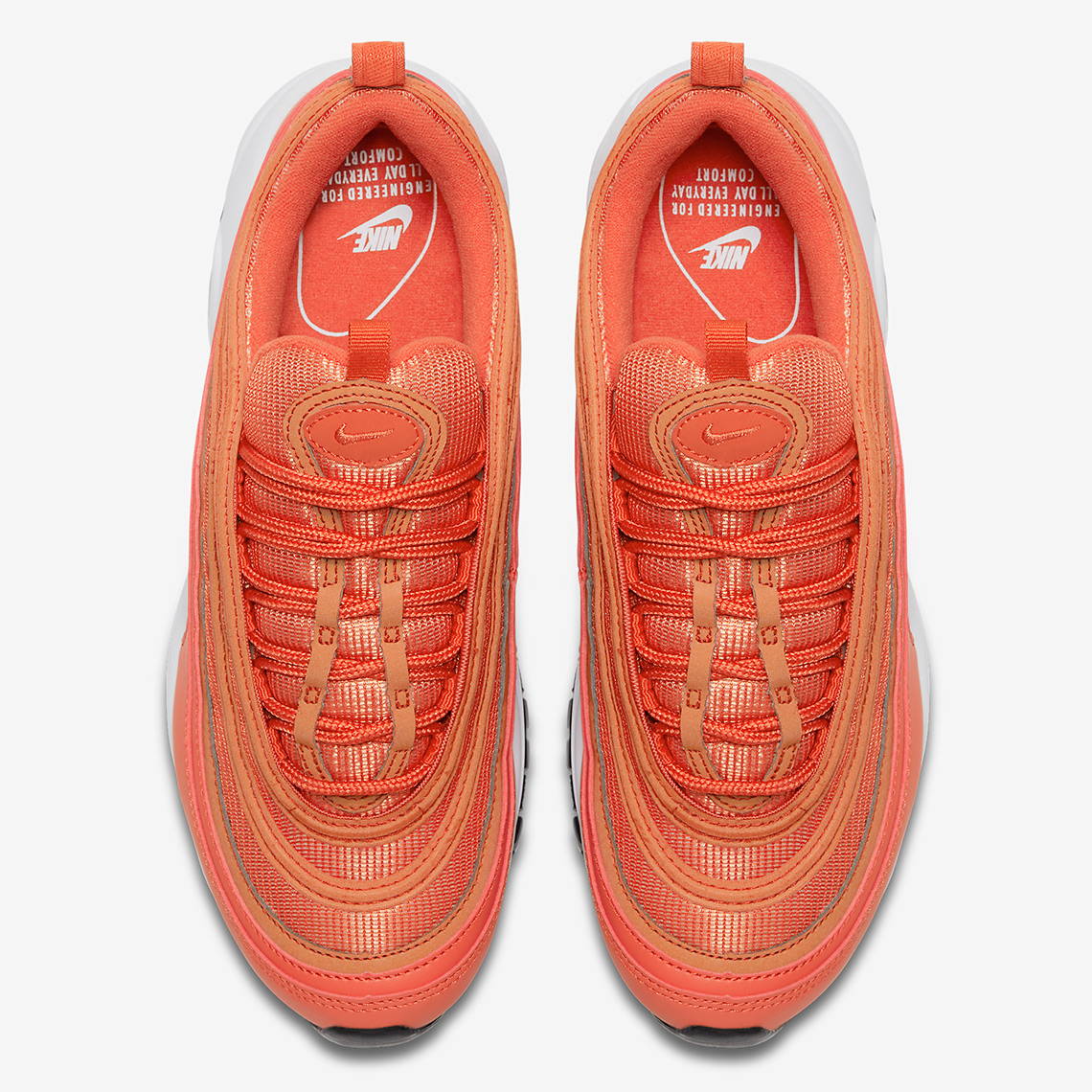 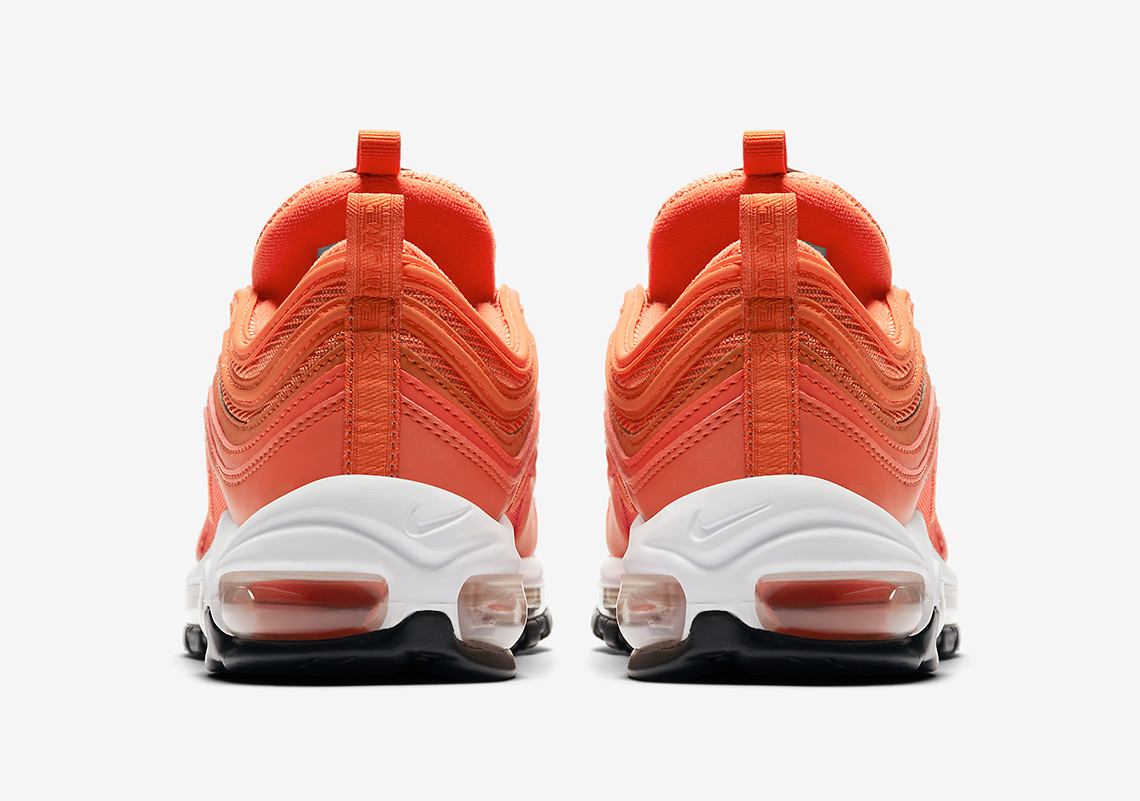 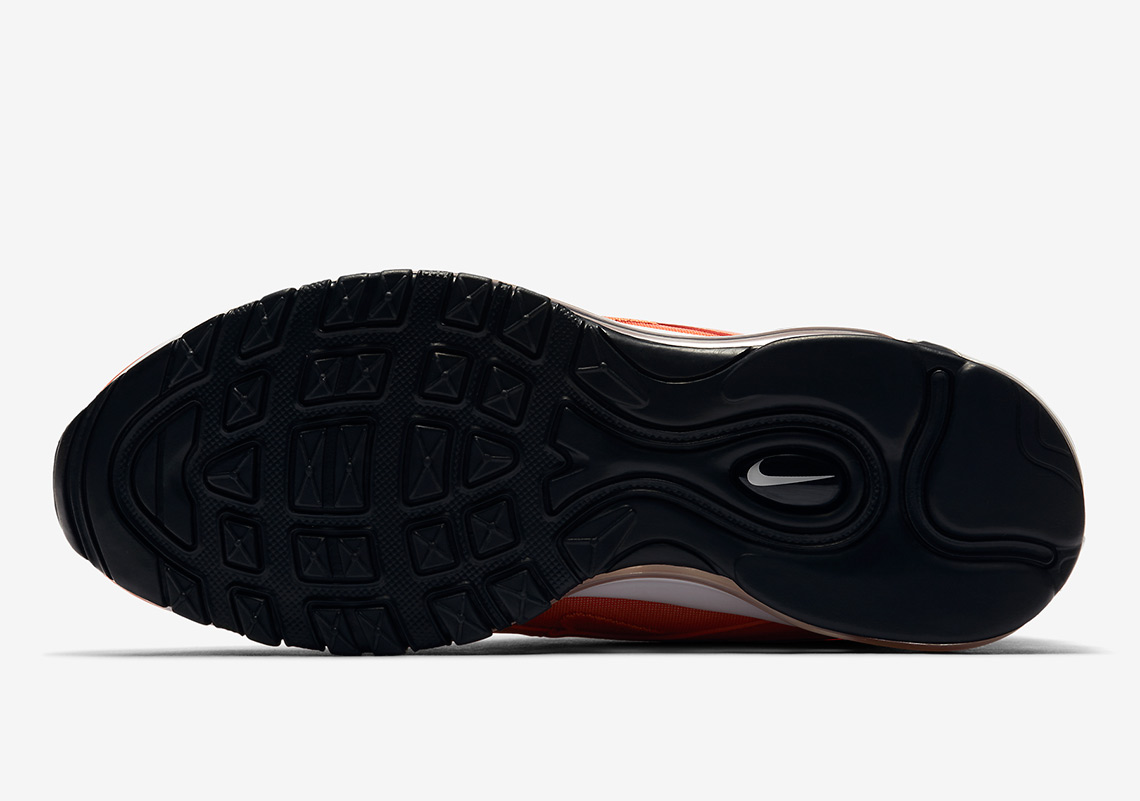 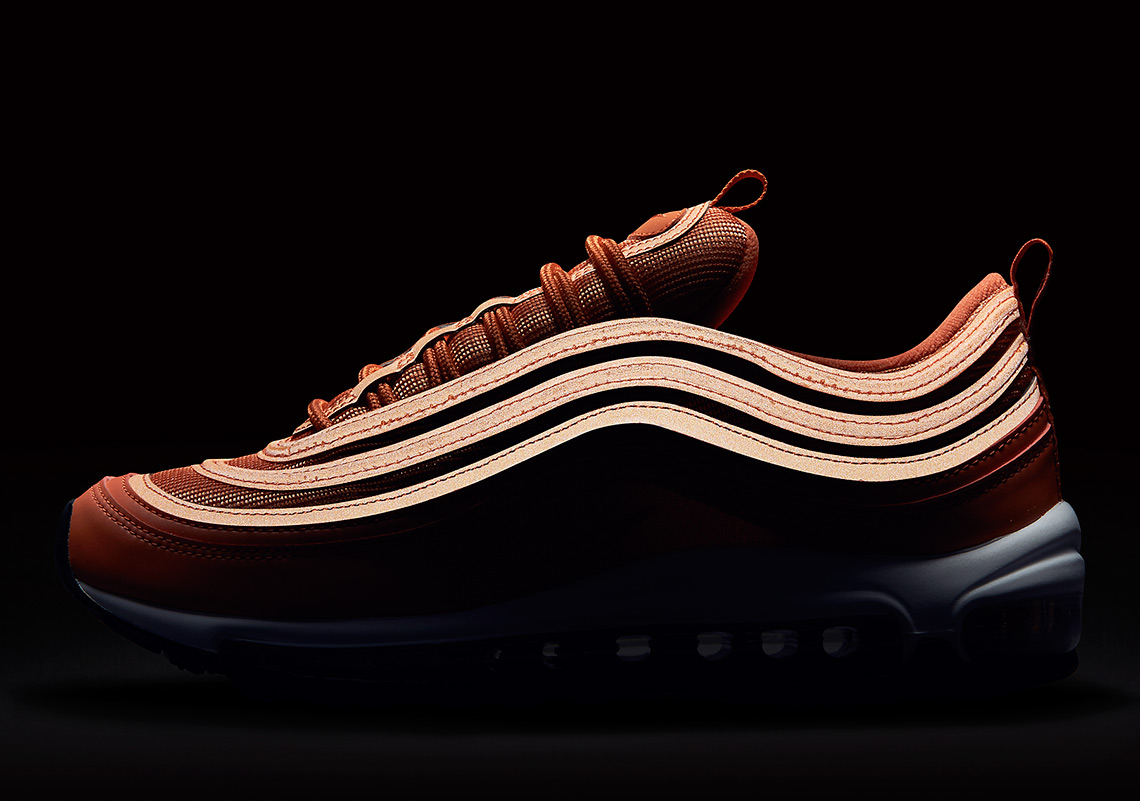