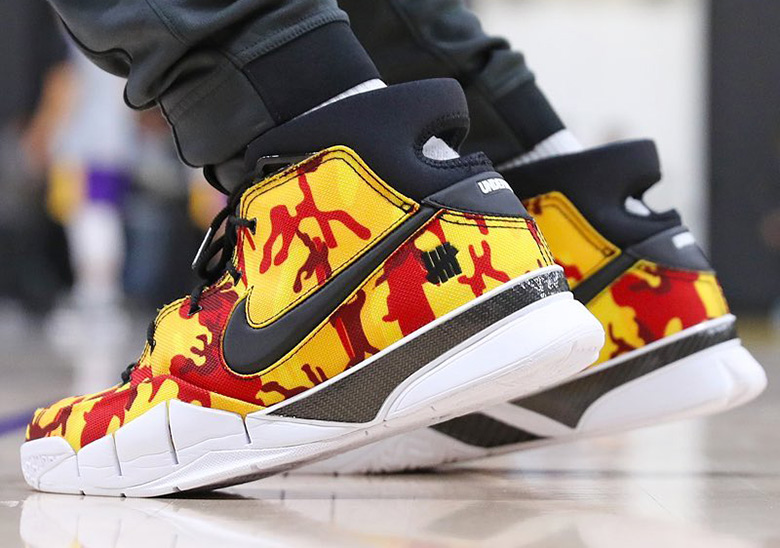 Isaiah Thomas’ preferential treatment in the Nike Kobe department isn’t changing anytime soon. Today he was spotted in a never-before-seen camouflage-print colorway of the Undefeated x Nike Zoom Kobe 1 Protro, which features a predominantly yellow base with red and maroon accents. This is just one of the several PE colorways that have been revealed since the NBA All-Star Weekend, as Devin Booker, Giannis Antetokounmpo, and Demar DeRozan were also blessed with their own camo color palettes. It doesn’t look like these new colorways will release, but we do know that the classic flight-jacket version is set to release soon. 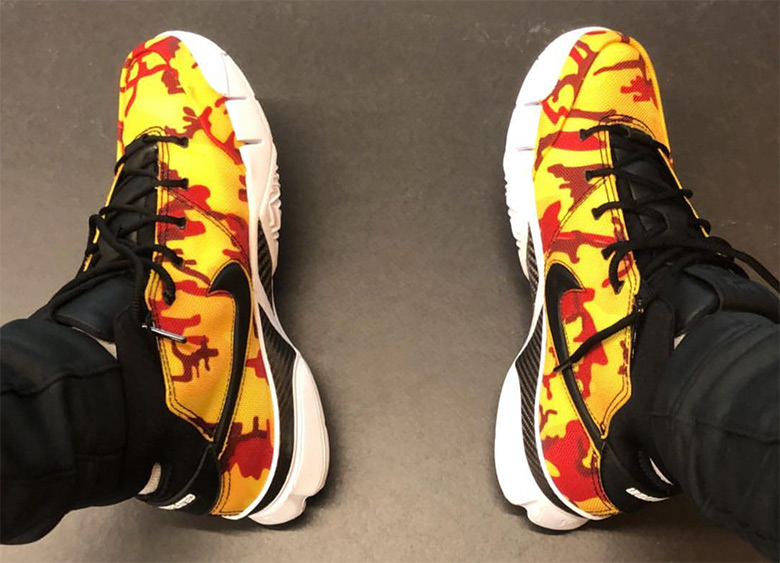