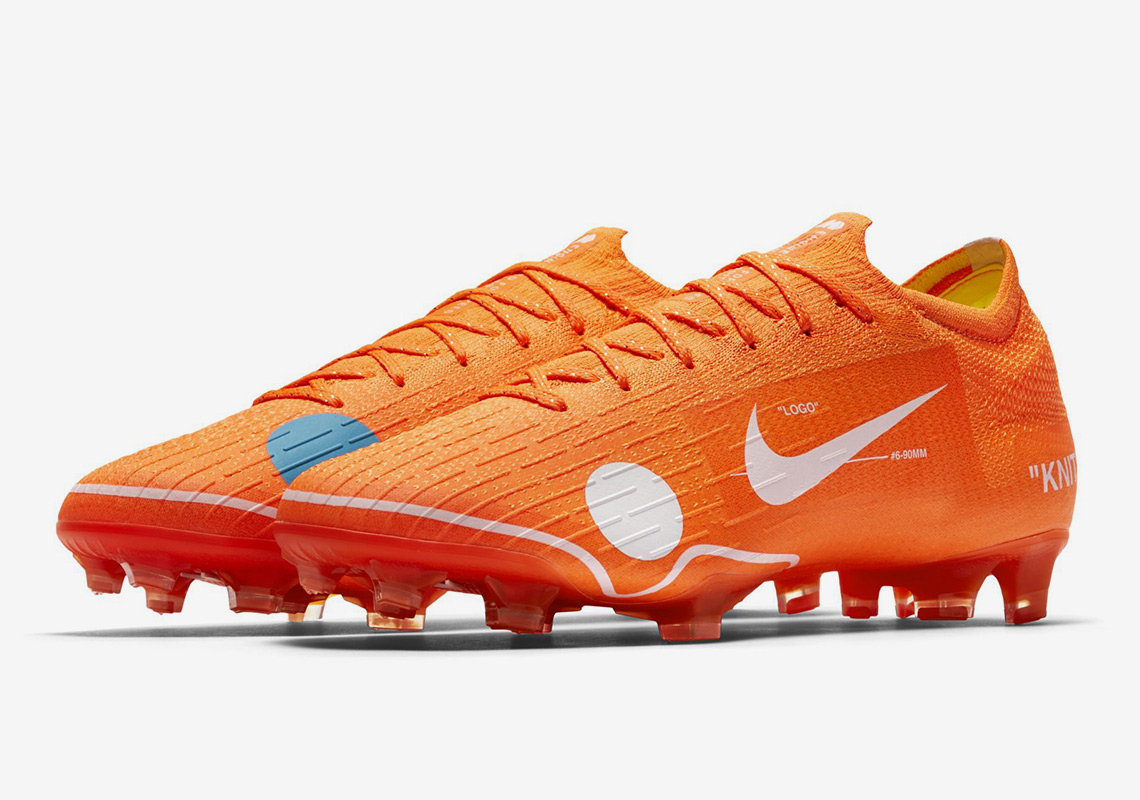 After a massively successful debut with “The Ten” Icons, Virgil Abloh continues to leave quite the imprint within Nike. Earlier in February, it was revealed that the Chicago-bred designer collaborated on a set of football-themed collection that included a vibrant orange sneaker that paired a Vapormax sole with newly released Vapor 12 Elite soccer cleat. It appears that the OFF WHITE founder put his sublime touch on an actual cleated version that makes use of the whimsical polka dots and his signature detail of highlighting the innovations of the shoe in quotations. A release date hasn’t been confirmed just yet, so stay tuned. 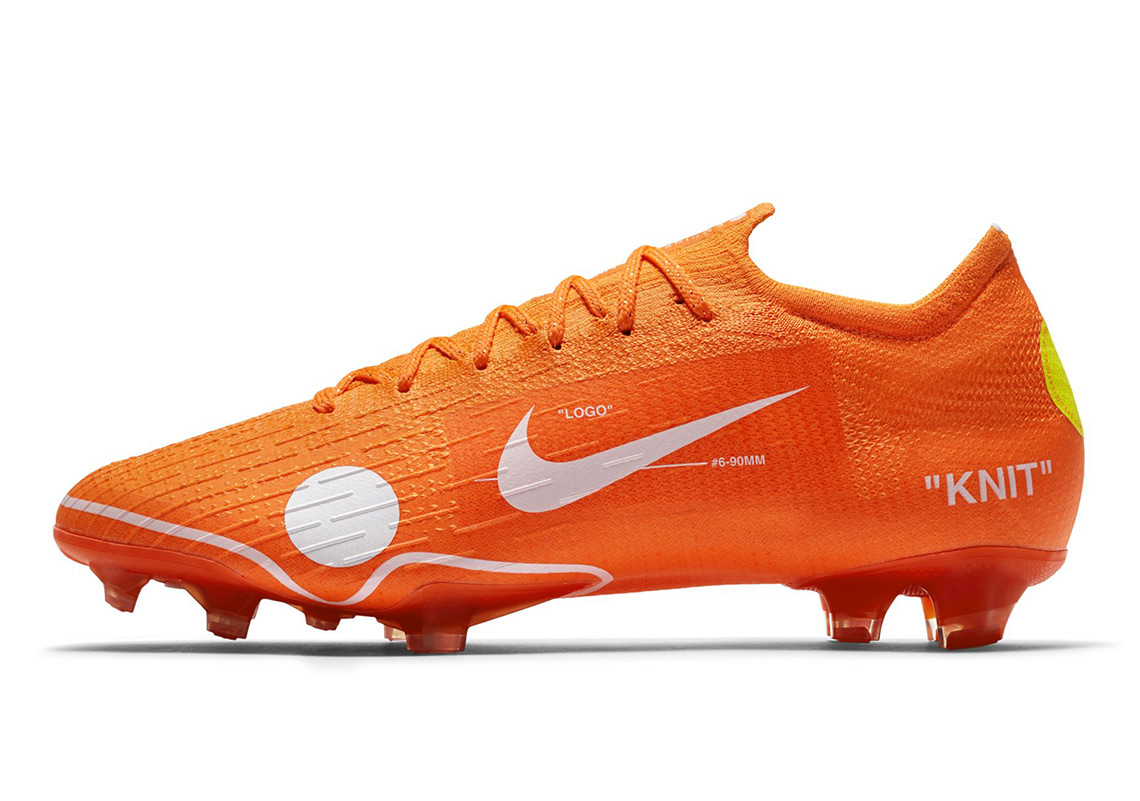 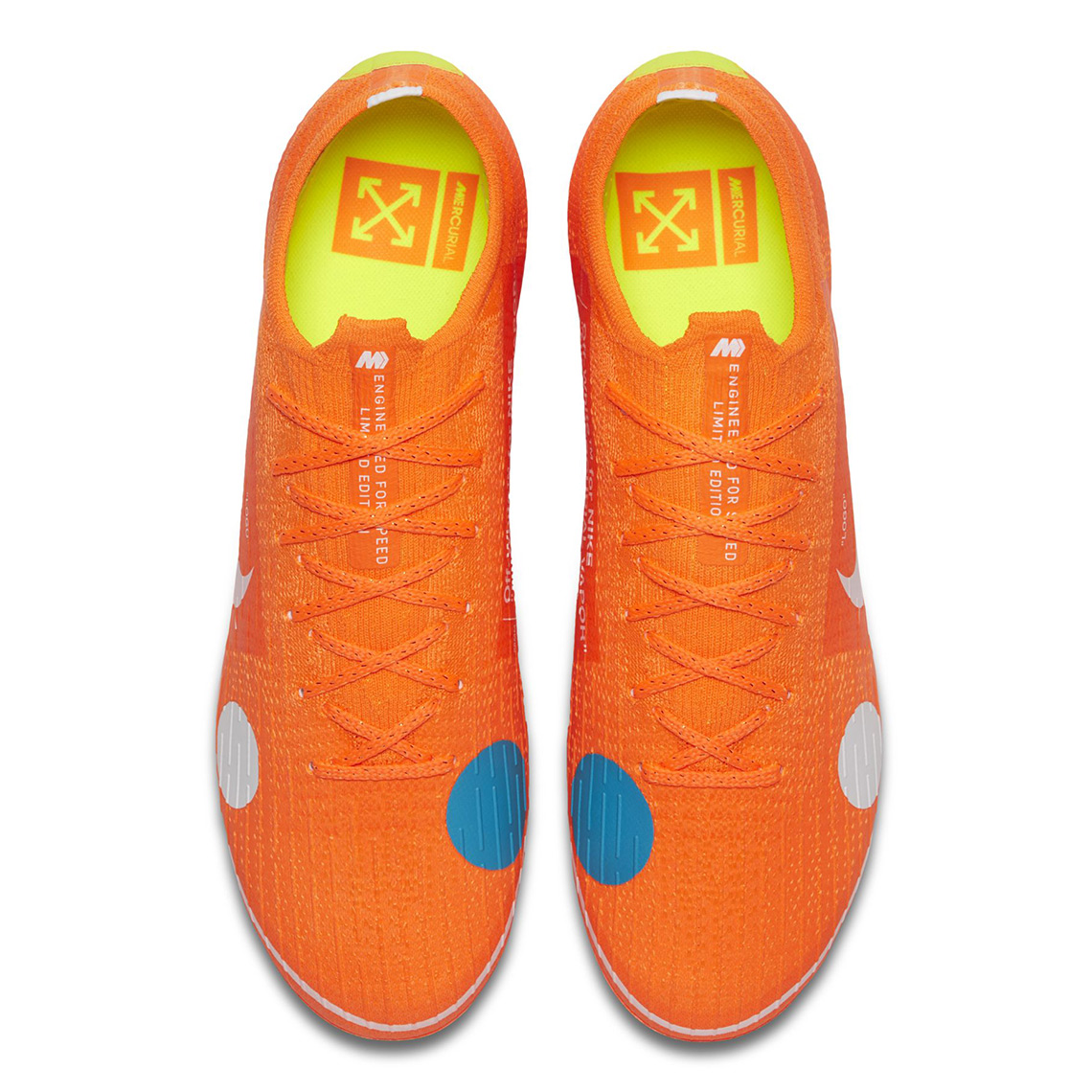 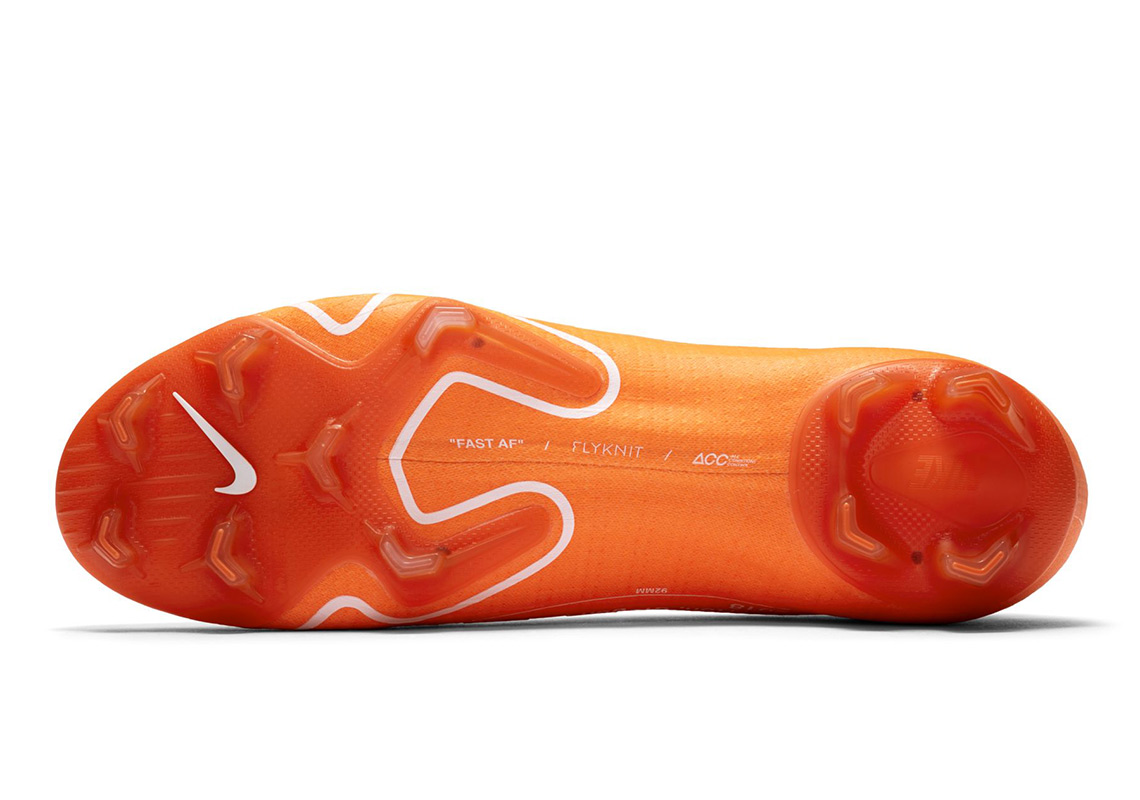 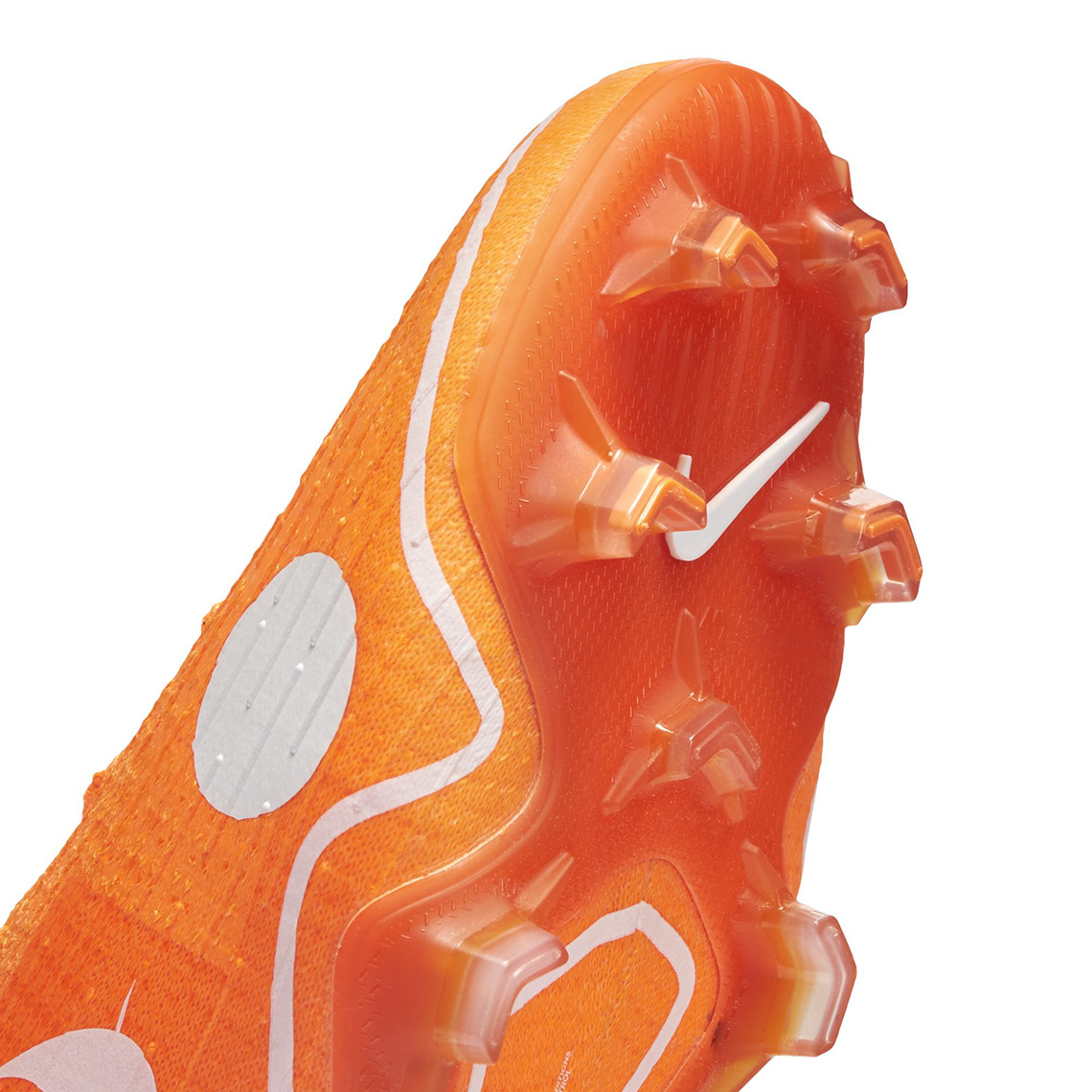