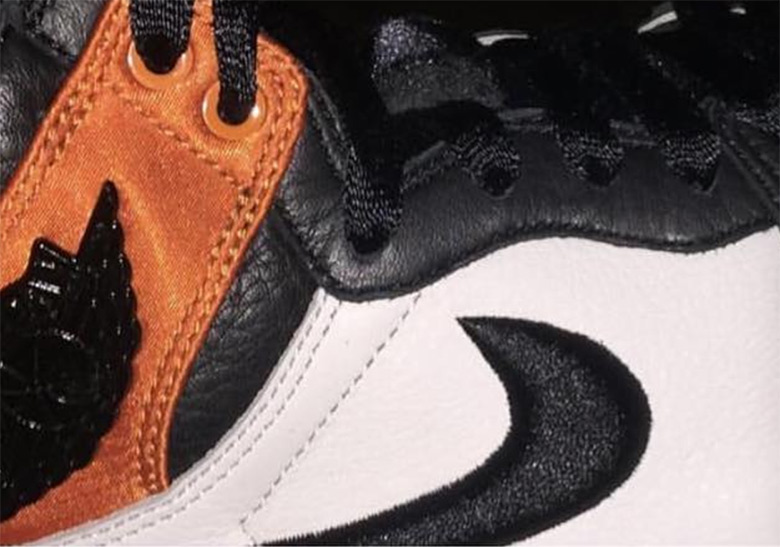 The increasingly popular “Shattered Backboard” colorway of the Air Jordan 1 is set to make its return, but with a twist. The orange, black, and white colorway inspired by Michael Jordan’s uniform during an exhibition game in Italy is reprising its role with the help of shiny satin materials on the toe-box and the ankle collar and tumbled black leather.. Additionally, the Swoosh is embroidered similar to how the “Season of Her” series of AJ1s. That said, the Air Jordan 1 “Satin Shattered Backboard” is said to be a women’s release according to perryprophets, who leaked the photo. Additionally, the Jordan wings logo appears to be an attached piece rather than the embroidery seen on the satin iterations of the “Banned”, “Royal”, and Aleali May edition. Stay tuned for release info and take a gander at the leaker image below. 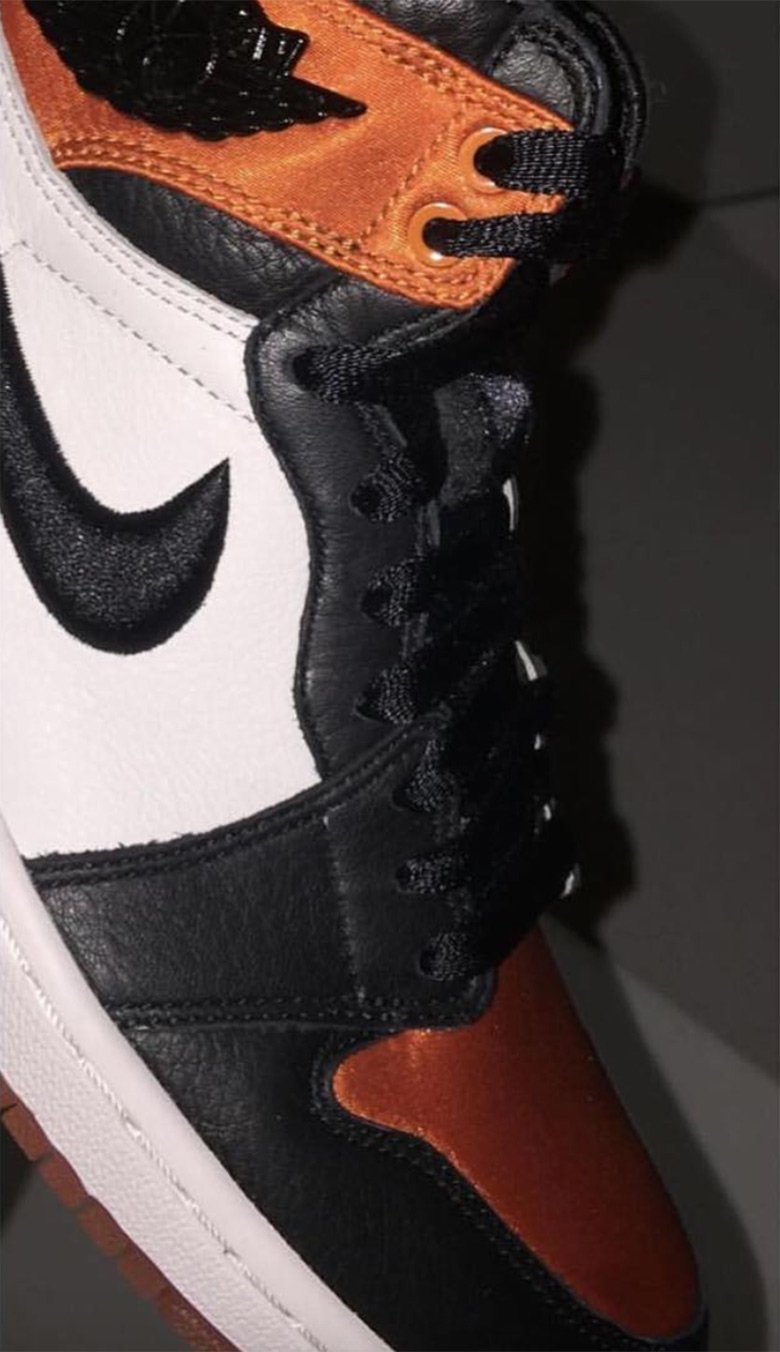