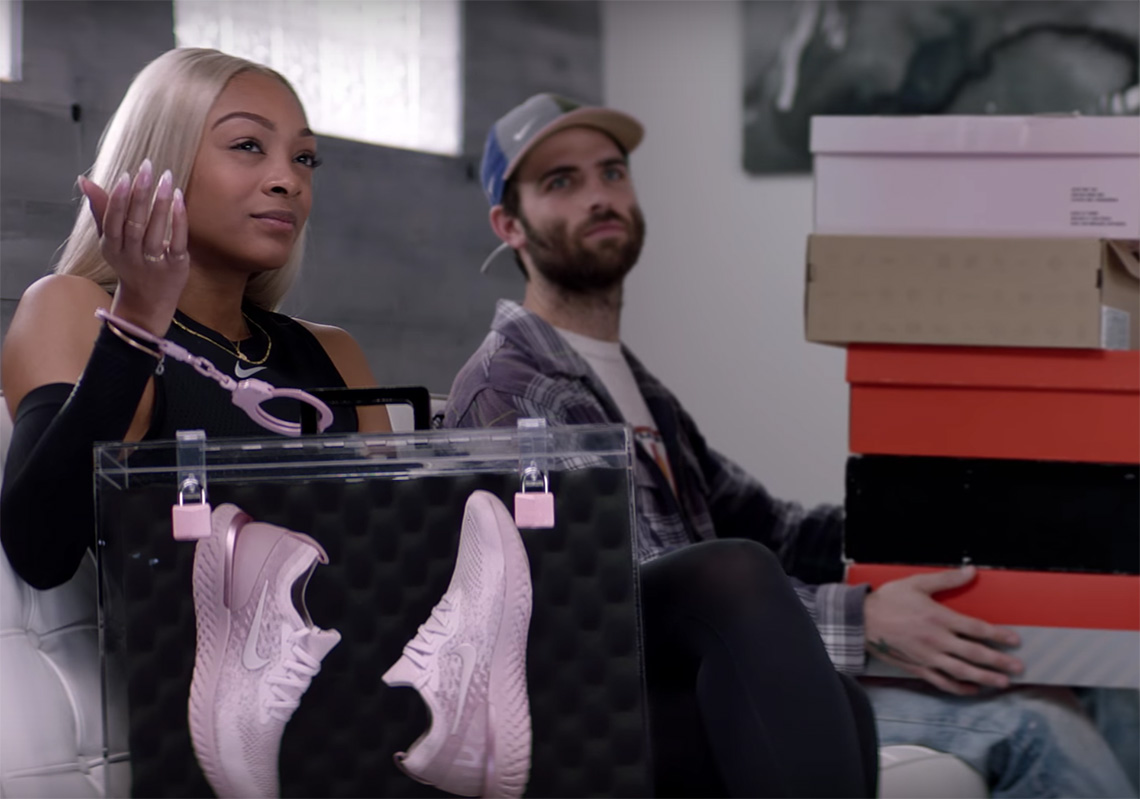 Ever since Spike declared that “it’s gotta be the shoes” to Mike back in 1989, Nike has playfully explored the relationship between consumer and product in their advertising. The new “Shoe Therapy” short featuring Master Of None’s Lena Waithe as Dr. Dana Sole, a therapist who works with clients who are addicted to their sneakers draws upon the same sneaker obsession that Spike expressed so exuberantly 29 years ago. The new short is centered around American distance runner Shalane Flanagan’s relationship with her Vaporfly 4% runners, a shoe that she loves so much she’s unwilling to take off. Other Nike endorsers make appearances in the skit as well, with Sean Wotherspoon, Paul Rodriguez, Draymond Green, Richard Sherman, and Deajah Stevens waiting their turn for a “shoe therapy” session in Dr. Sole’s office. Check out the humorous short below, and tend to your own shoe obsession with our comprehensive “Where To Buy” list for the “Shadow” Jordan 1s dropping this weekend.