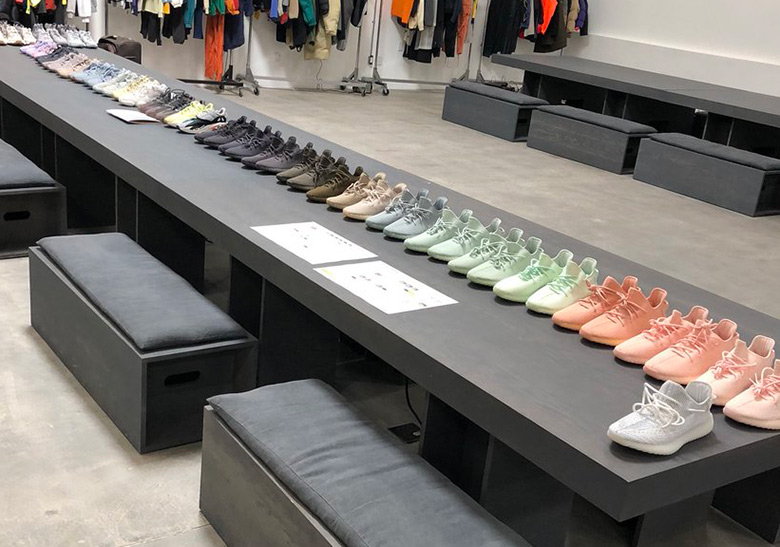 Kanye West‘s growing affinity for Twitter has led to some interesting insight into the early stages of Yeezy footwear. Today, ‘Ye reveals a look upcoming colorways of the recently released adidas Yeezy 500 as well as the popular adidas Yeezy Boost 350 v2. The Yeezy 500 will adorn tonal pastel colors of purple and pink, while the Yeezy Boost 350 v2 is presented in a full rainbow palette of colors with a reworked see-through “stripe” on the newly engineered Primeknit upper. New colorways of the Yeezy 700 Wave Runner appear to be on this table display as well. 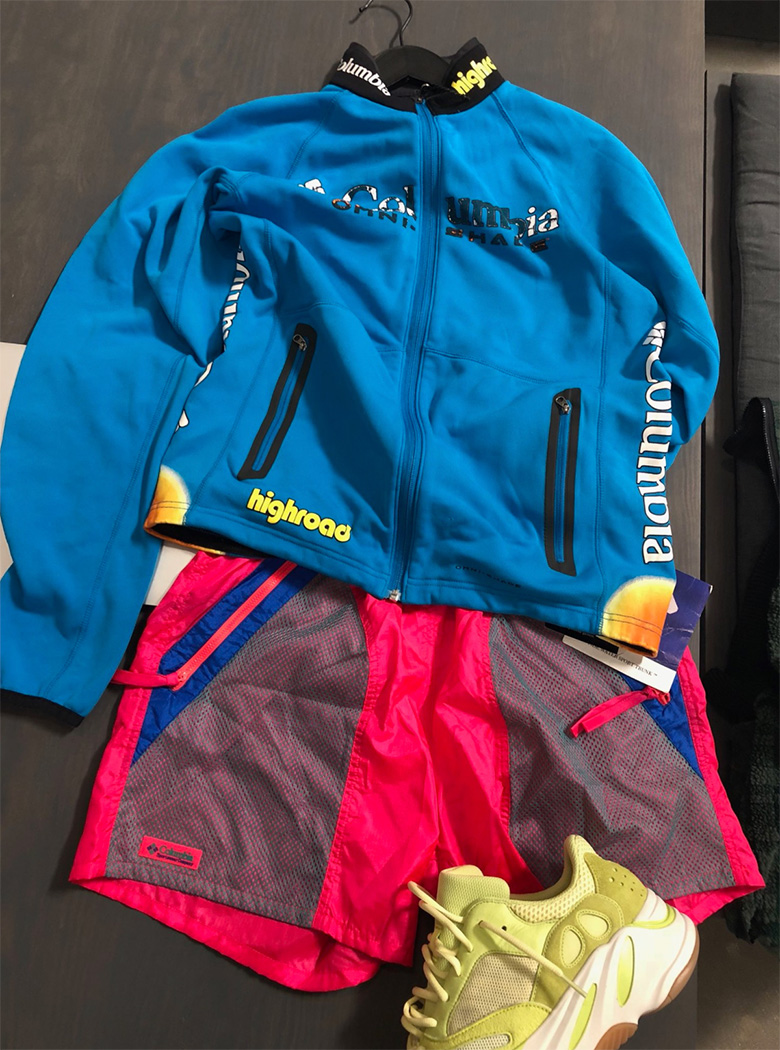 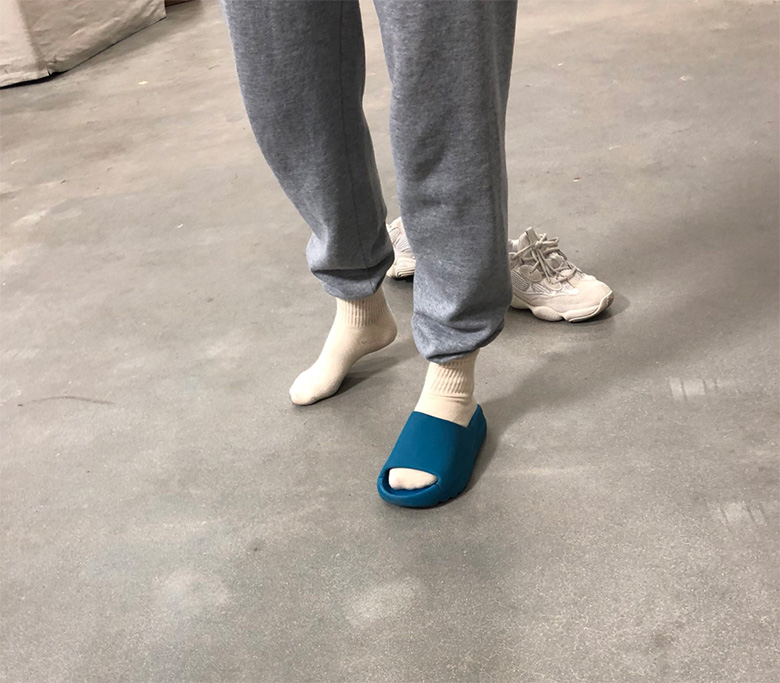 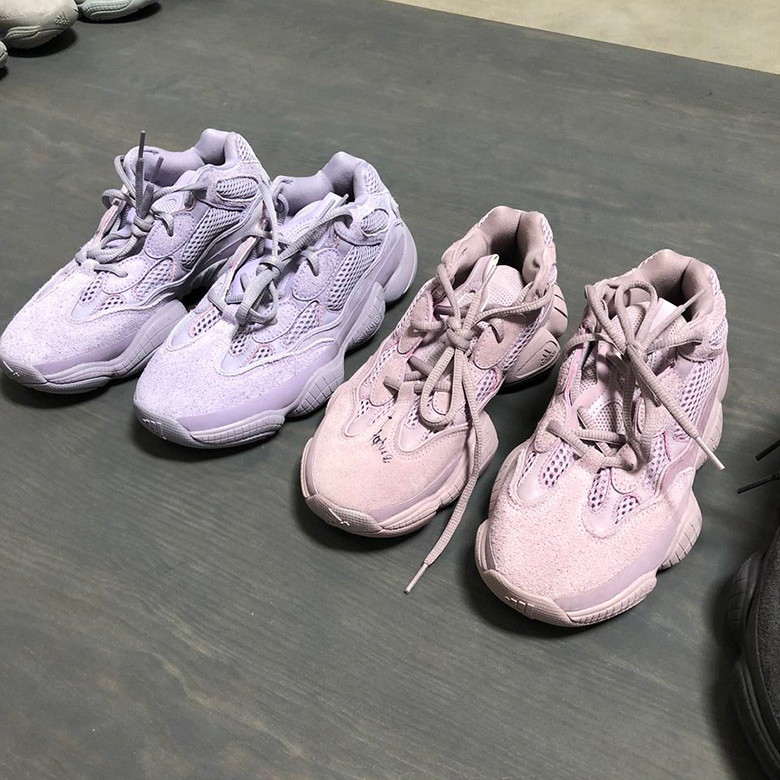 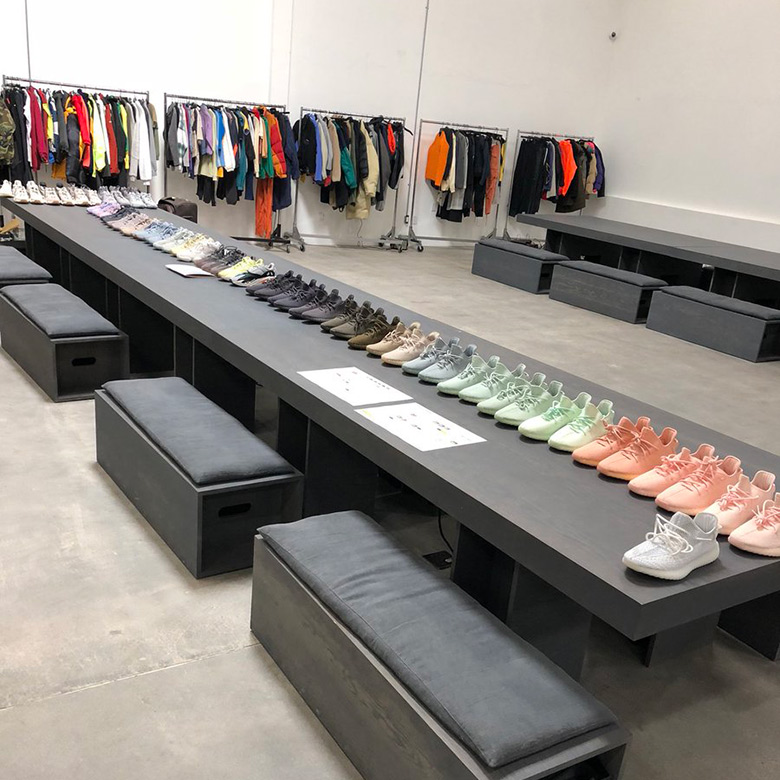 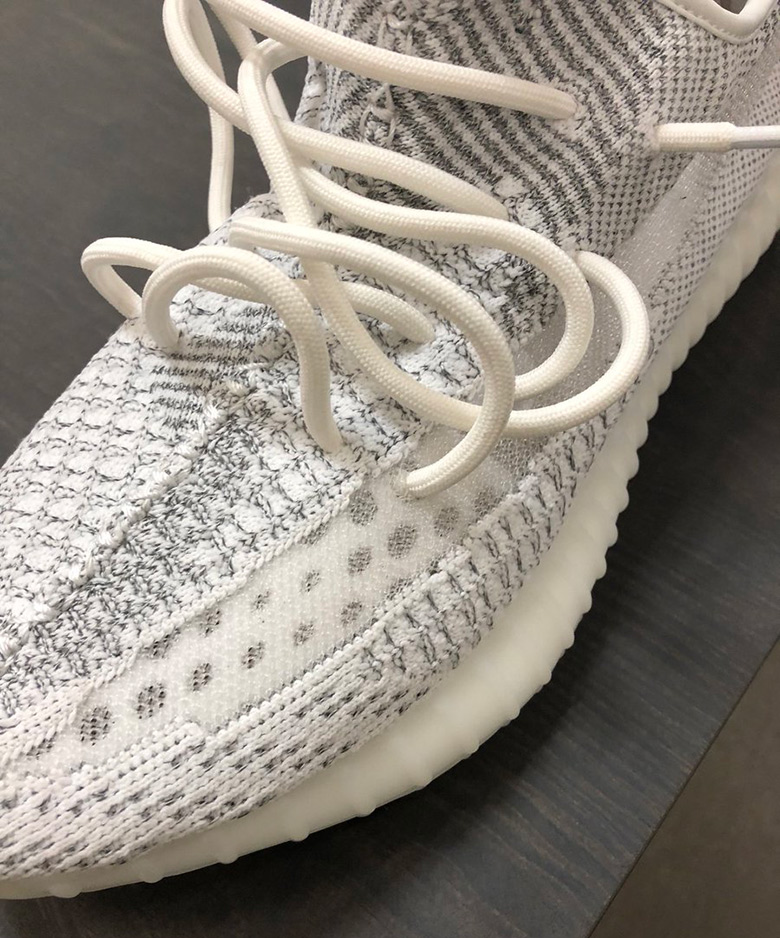 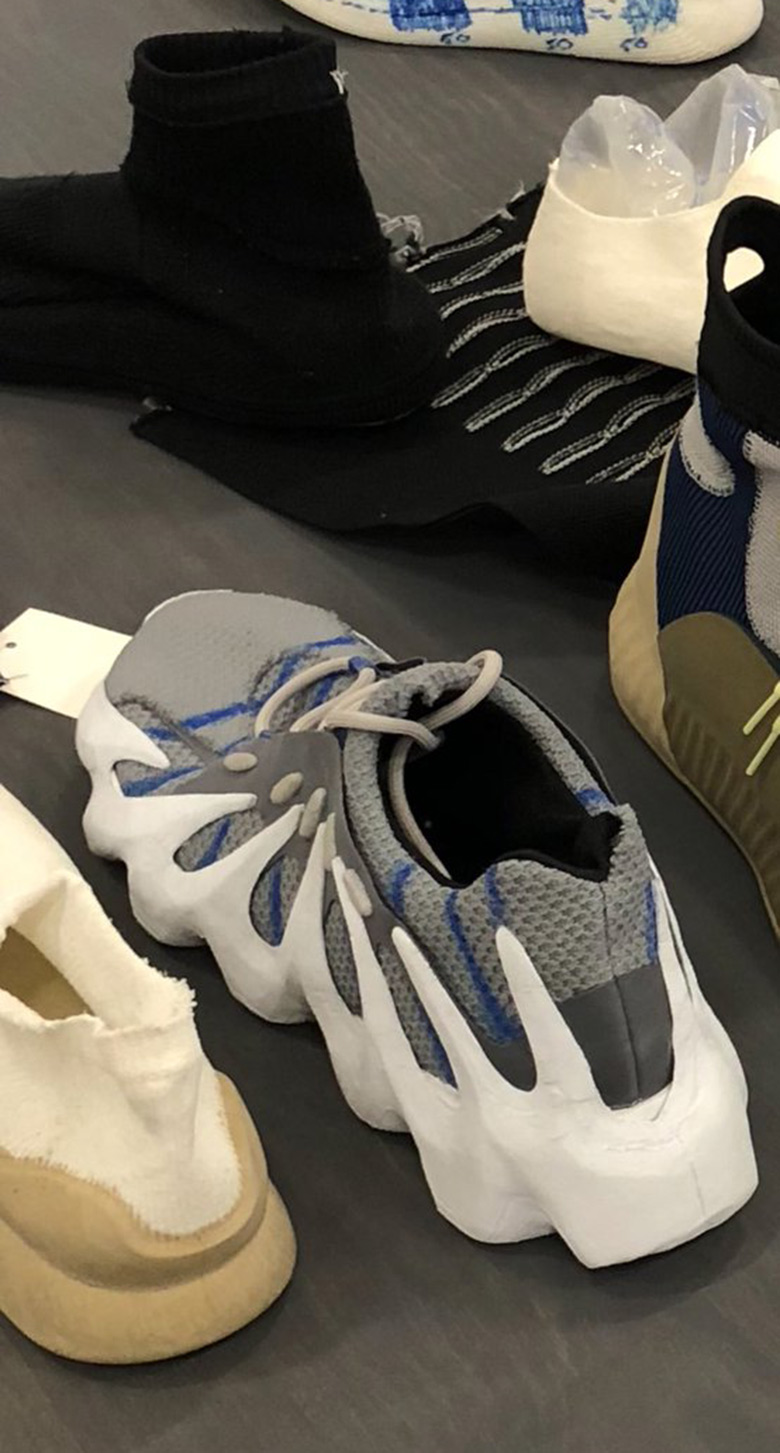