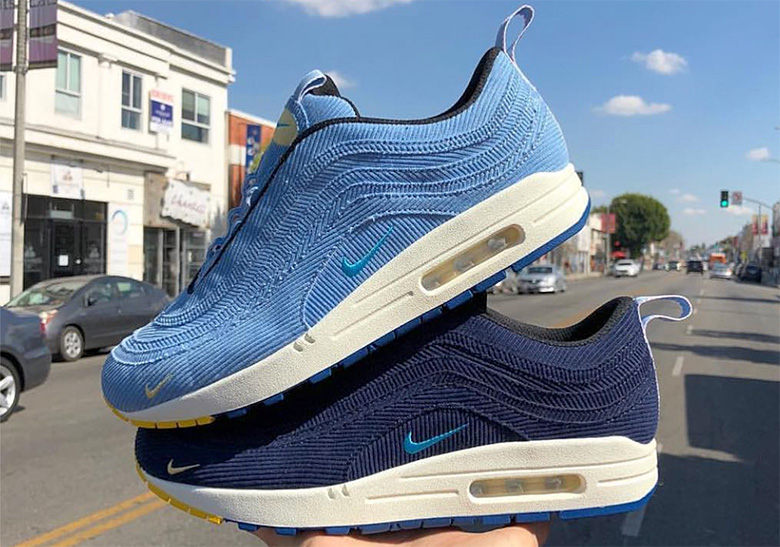 Is Sean Wotherspoon Hinting At A Follow-Up To His Nike Air Max 1/97?

More than half a year after its original release, Sean Wotherspoon‘s retro corduroy Air Max 97/1 hybrid is still one of the hottest shoes on the market. A perfect representation of the Round Two frontman’s colorful vintage style, the shoe’s multi-paneled corduroy take on the classic Air Max 97 upper and classic Air Max 1 midsole have made it a modern day-classic. Now Wotherspoon is teasing two early monochromatic sample takes on the sneaker via his Instagram, leaving the sneaker world in a frenzy about a potential release-although nothing has been officially confirmed yet.

Both sample shoes swap out the retail pair’s cornucopia of vintage corduroy colors for a tonal blue upper-one a light carolina blue, the other a dark navy. Small aqua blue swooshes adorn the midfoot, and yellow detailing arrives on both the toe swoosh and the tongue patch. Each shoe’s look is completed by a classic white midsole, clear Air Max unit, and colorblocked blue/yellow outsole. Wotherspoon stated in one of his Instagram posts that he’s been telling Nike that “we are ready for these,” so be sure to keep it locked to our Sneaker Release Dates page for all your release info and updates, and let us know what you think of the alternate takes on Wotherspoon’s sneakers. 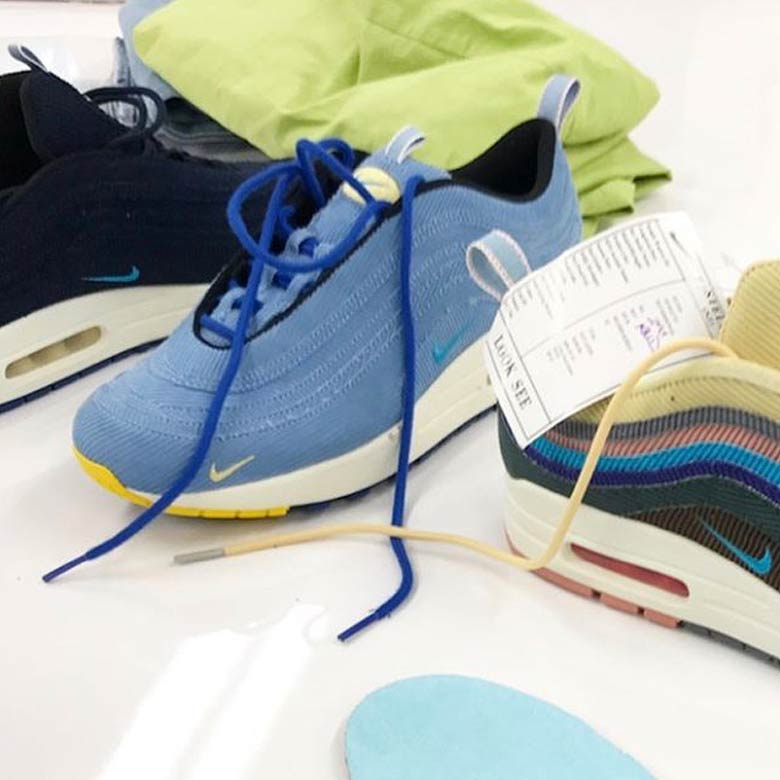