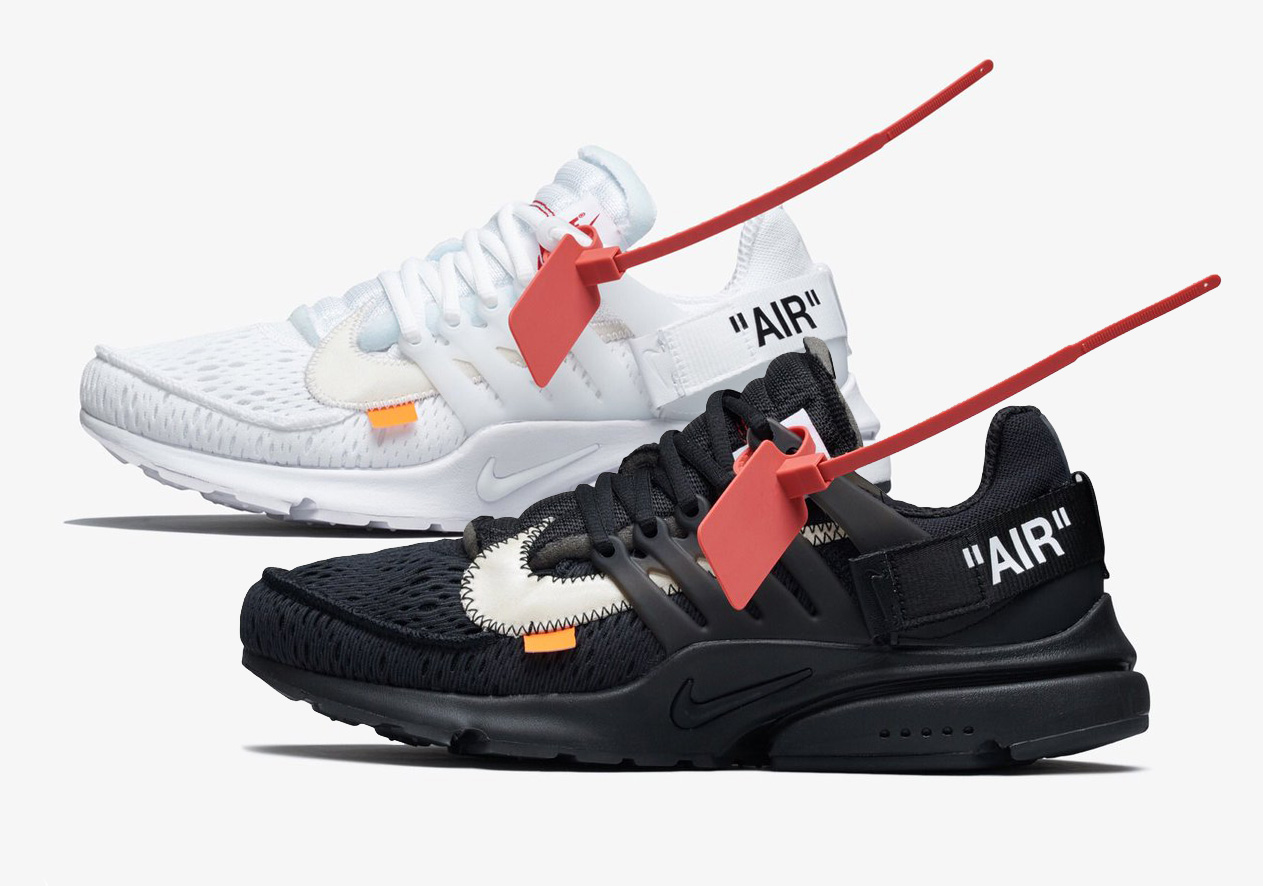 Virgil Abloh is as hot as ever. With the recent release of the “UNC” Off-White Jordan 1s and the debut of his new Louis Vuitton sneakers, the designer has continued to generate hype and garner attention at levels nobody else in the sneaker industry can match. Next up for footwear’s man of the moment? Two new colorways of his inside-out take on the Nike Presto.

One of the most desirable silhouettes from his original “The Ten” pack, both of Abloh’s new Prestos trade out the two-tone colorway of the original release for a more monochromatic look. The all-white pair boasts black detailing on the heel and a tonal white Swoosh, while the black pair offers a touch more contrast, with accents arriving via a white swoosh with black embroidery and white branding on the heel. Abloh’s infamous red plastic zip tie is attached to the laces, and both pairs feature the same bold text hit under the medial side of the midfoot cage and delicately-pinned orange tab detail as the 2017 release. Enjoy a full set of official images below, and look for this new duo of Prestos to roll out this summer with the black pair arriving July 27th, while the white pair releases a week later on August 3rd. 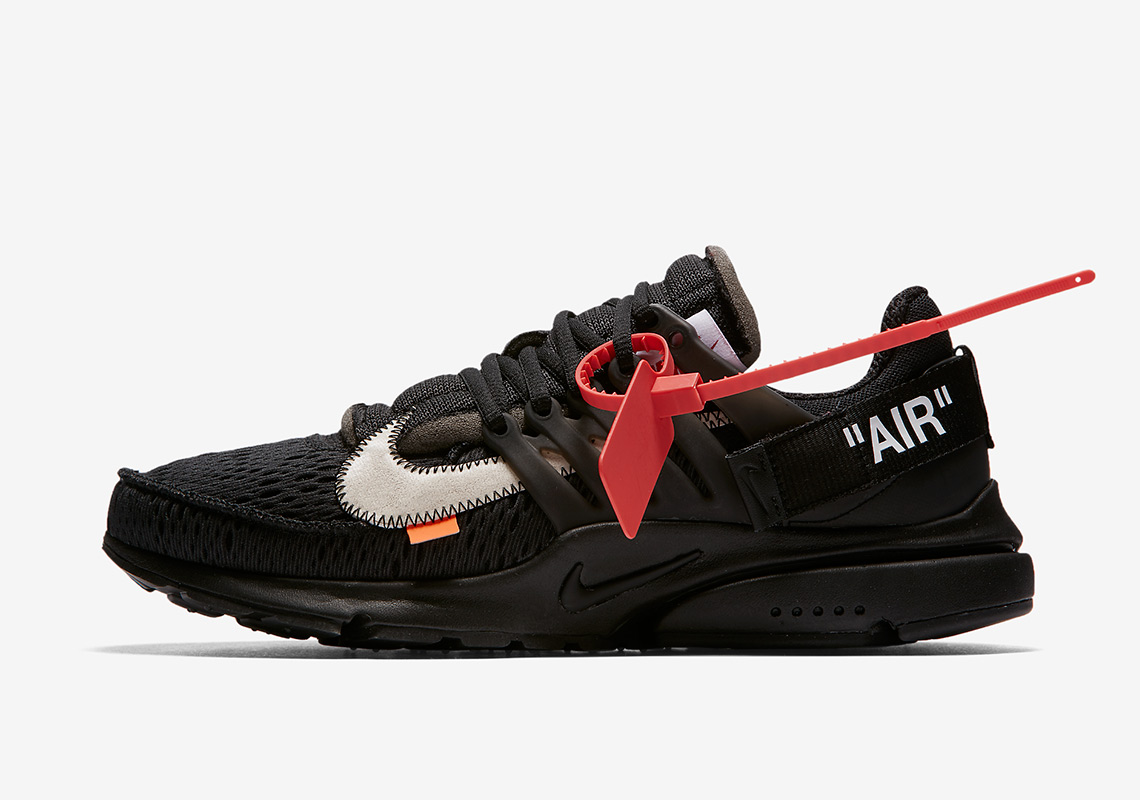 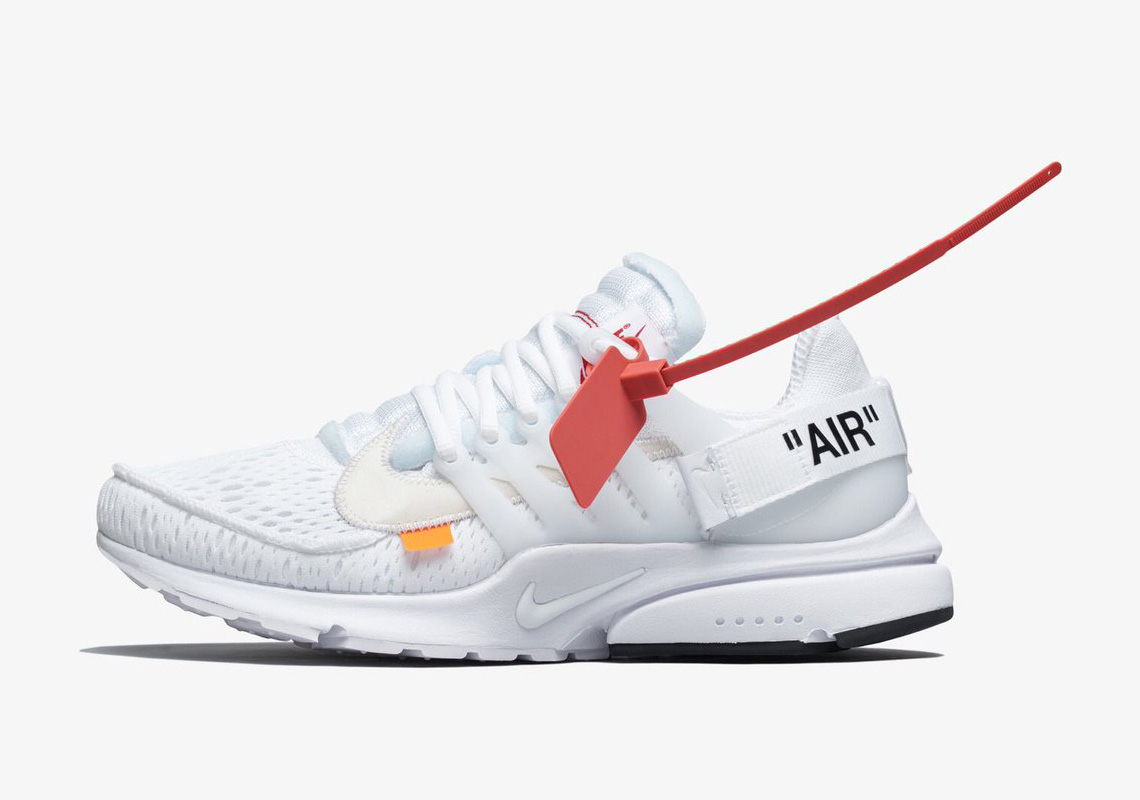 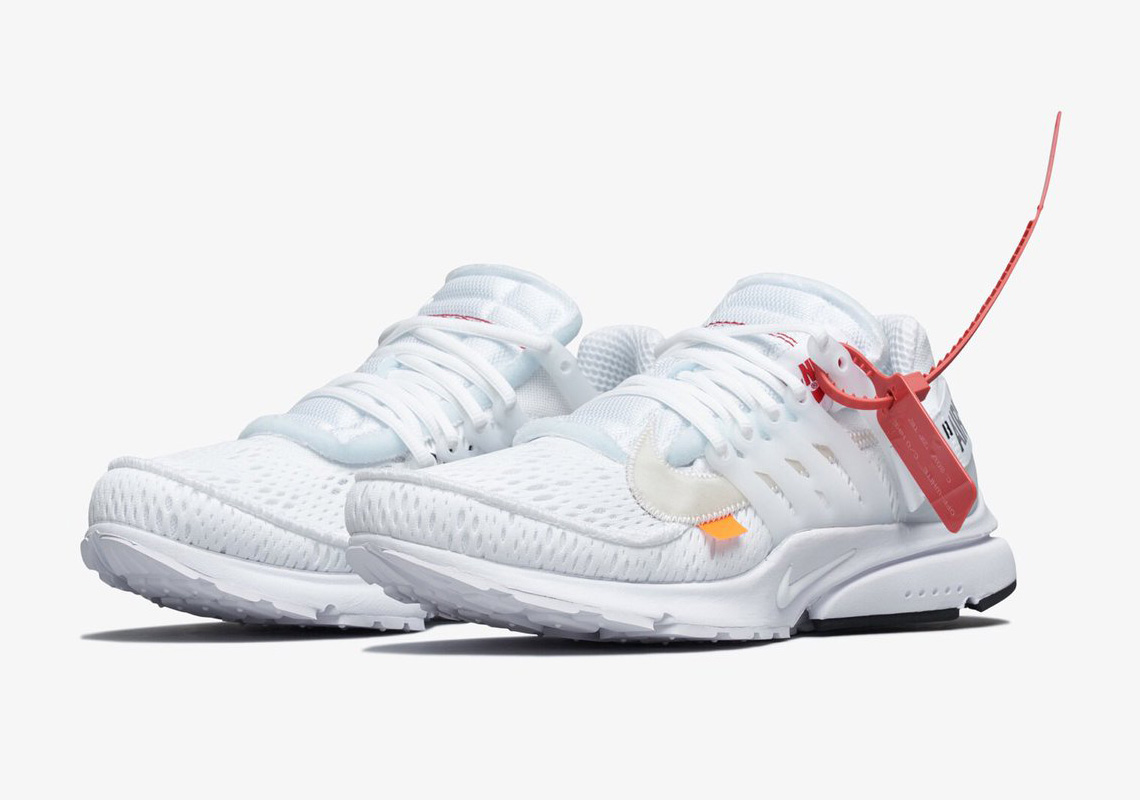 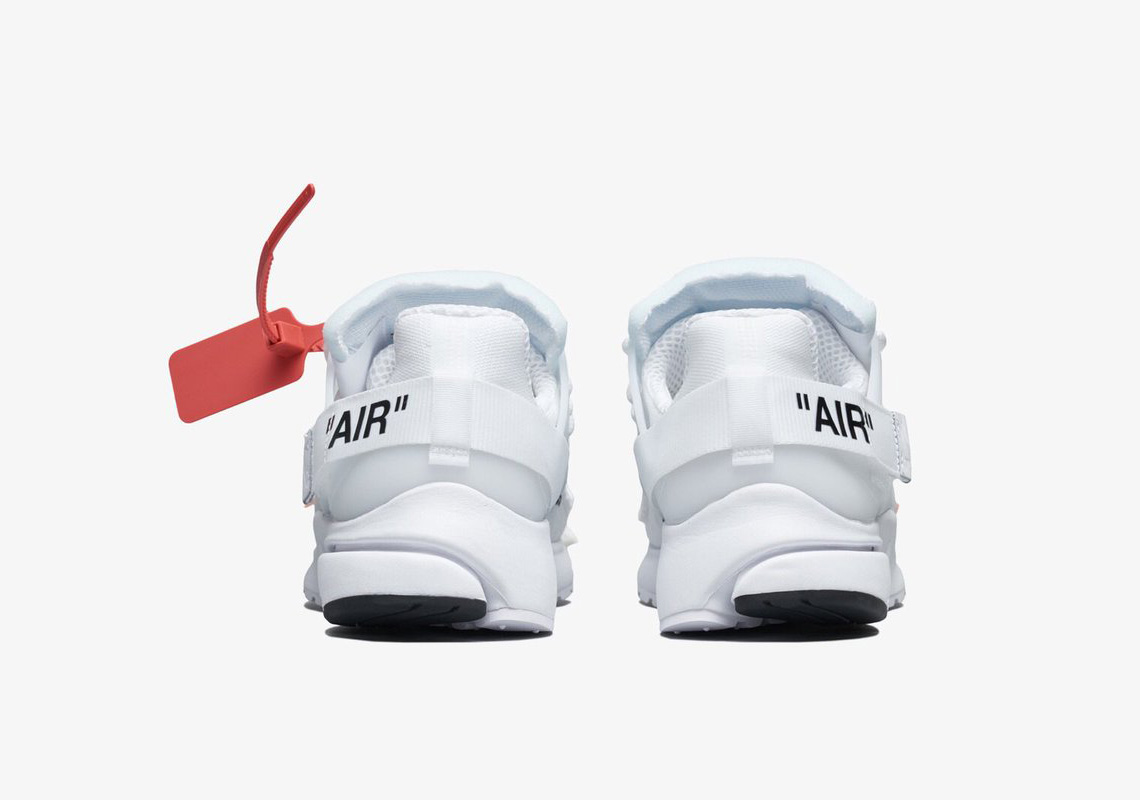 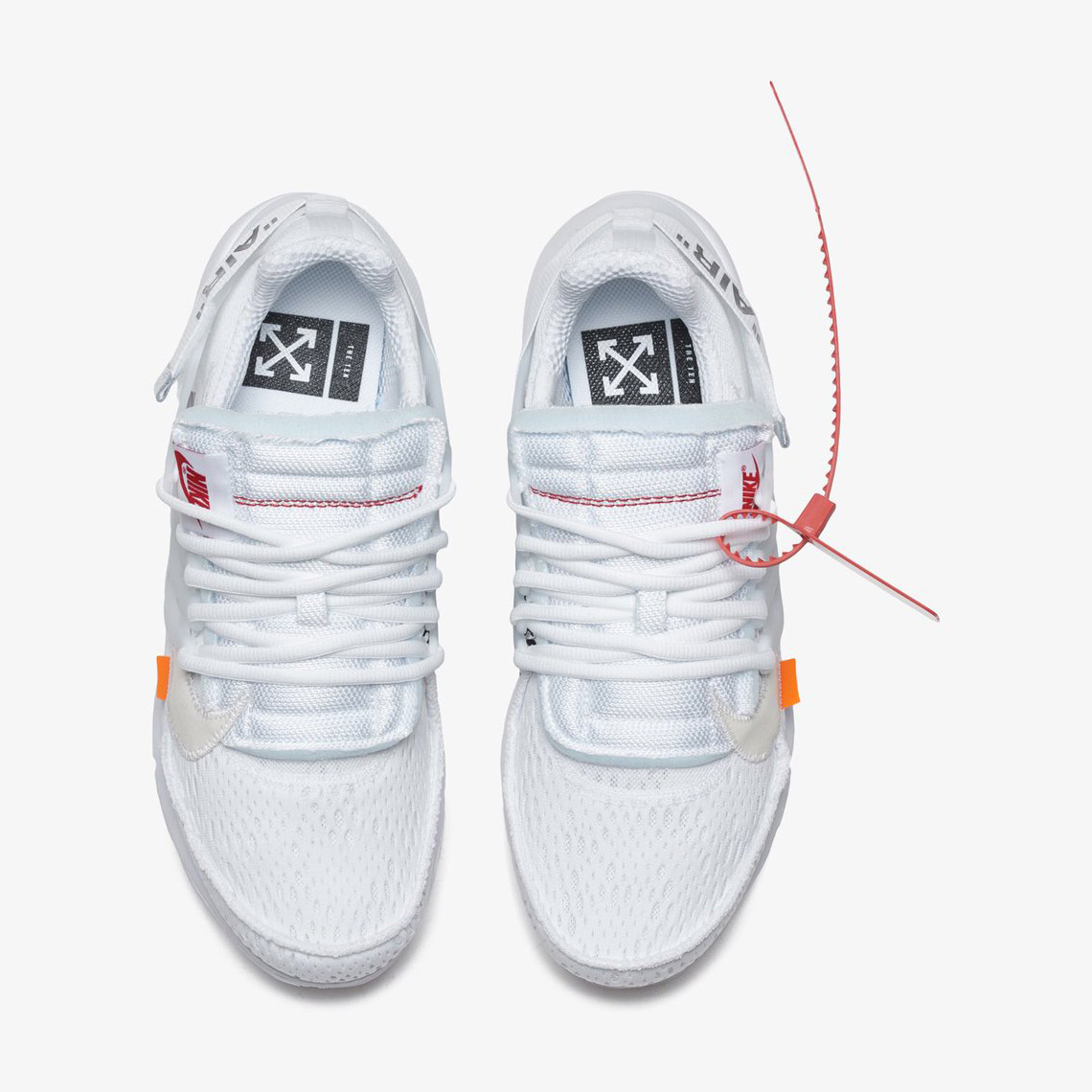 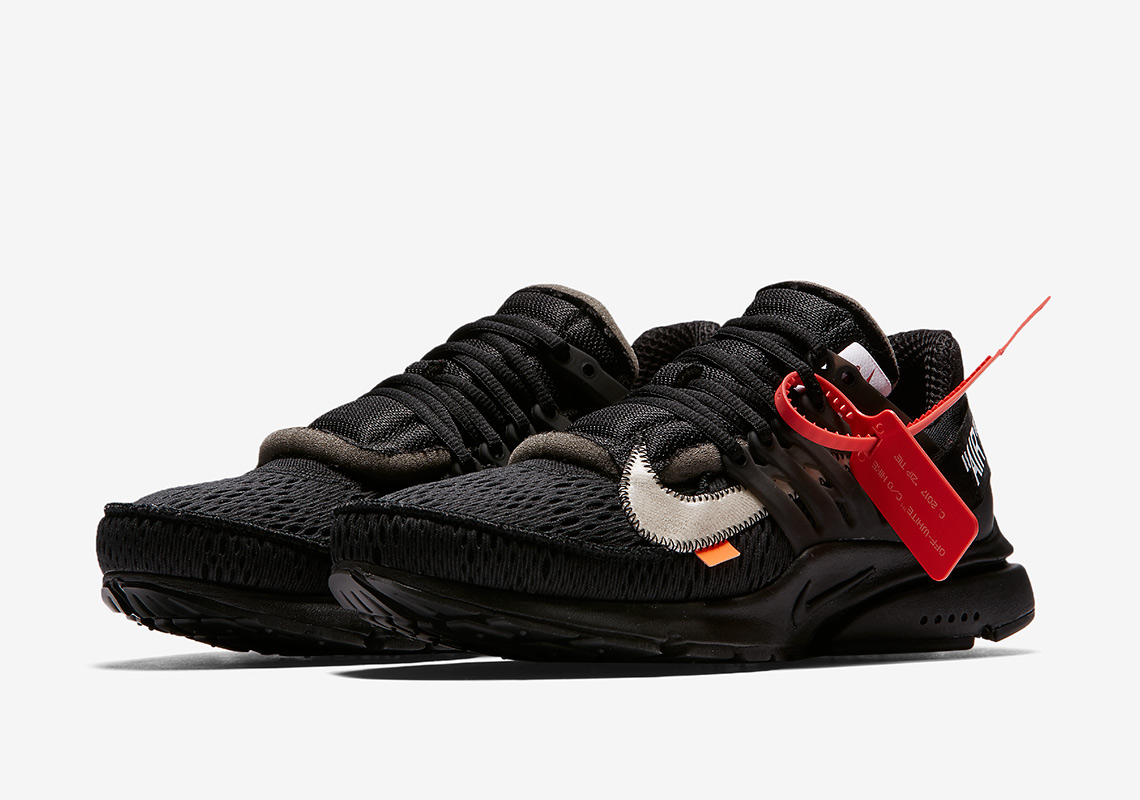 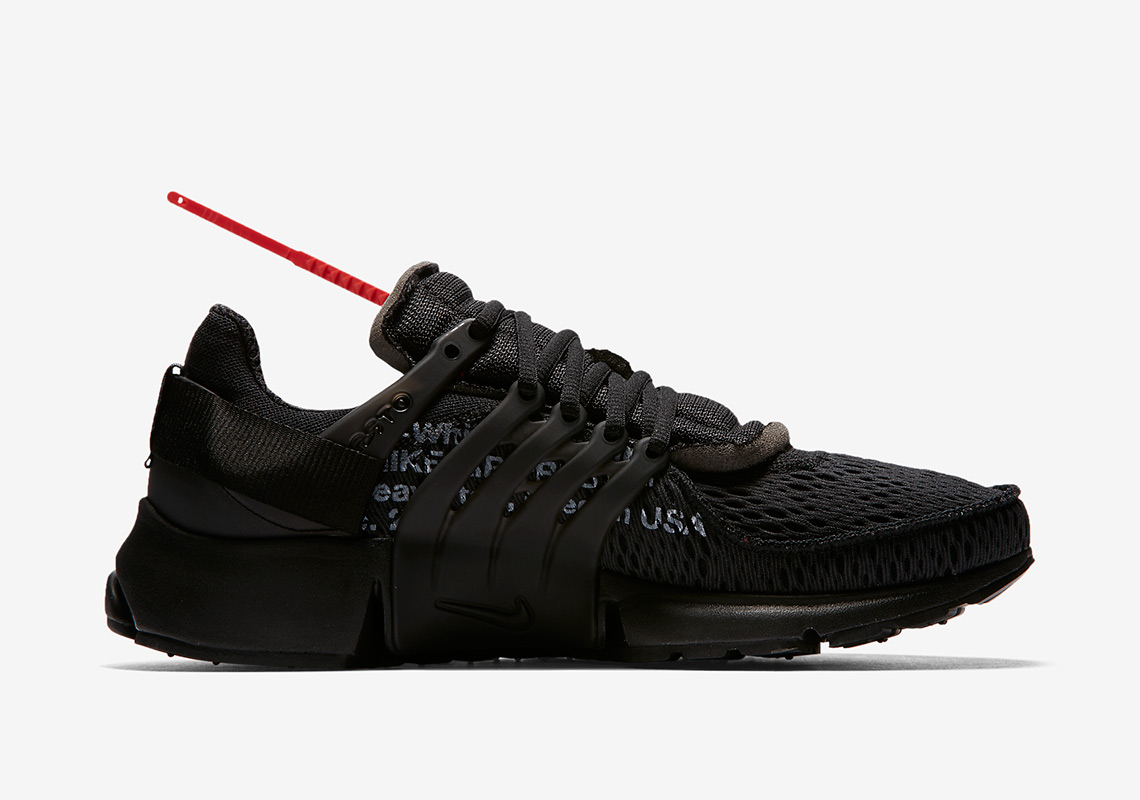 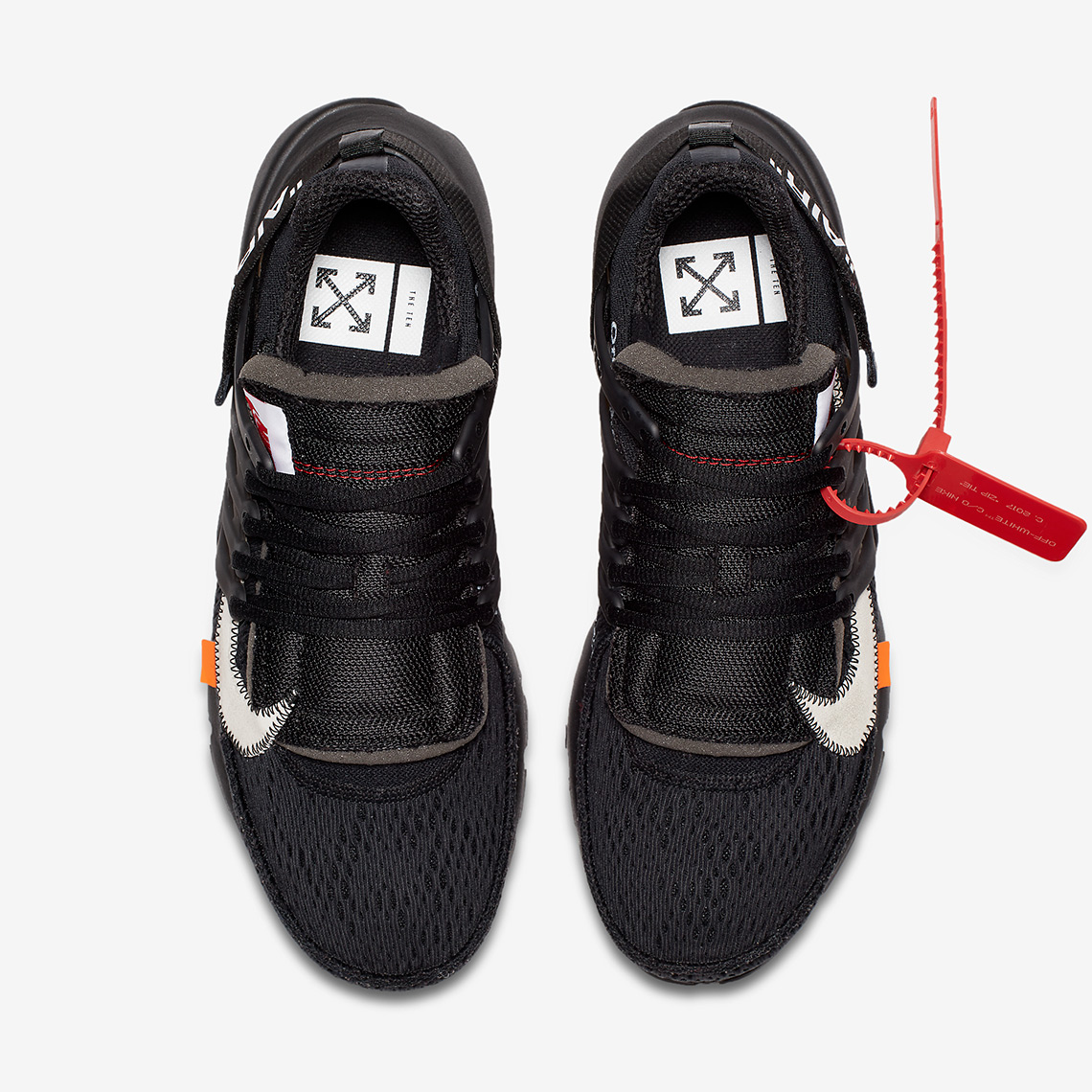 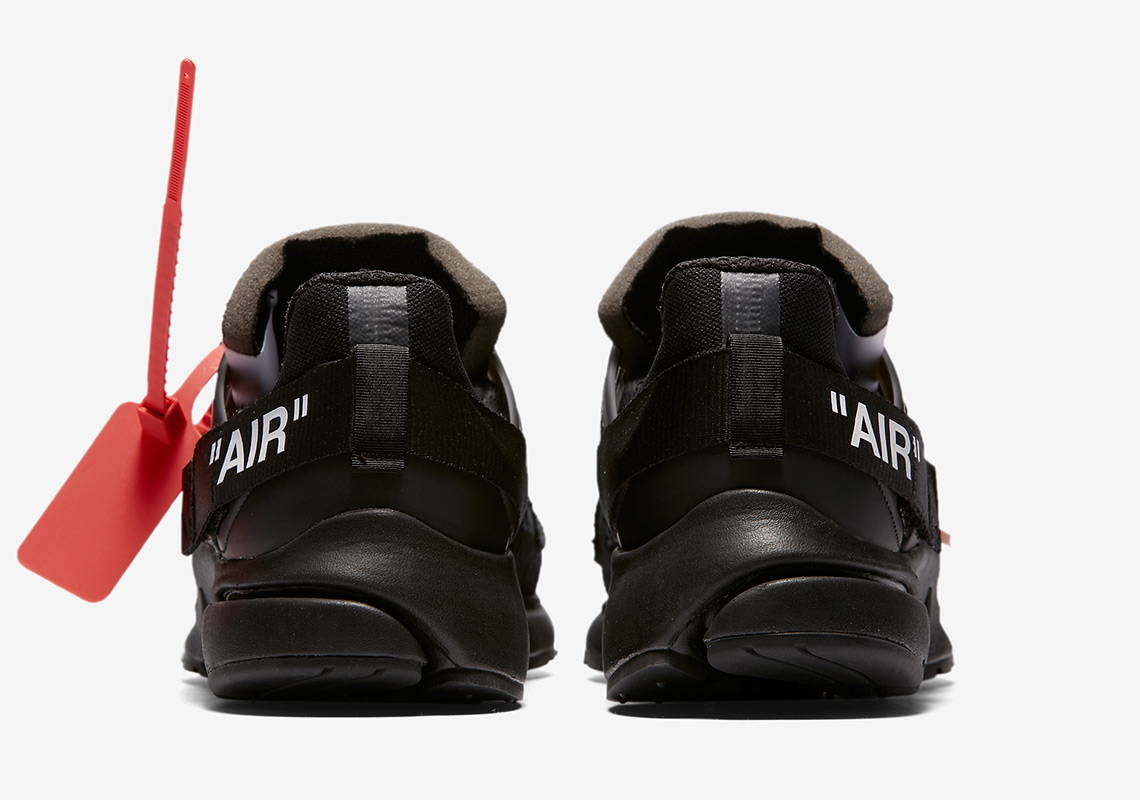 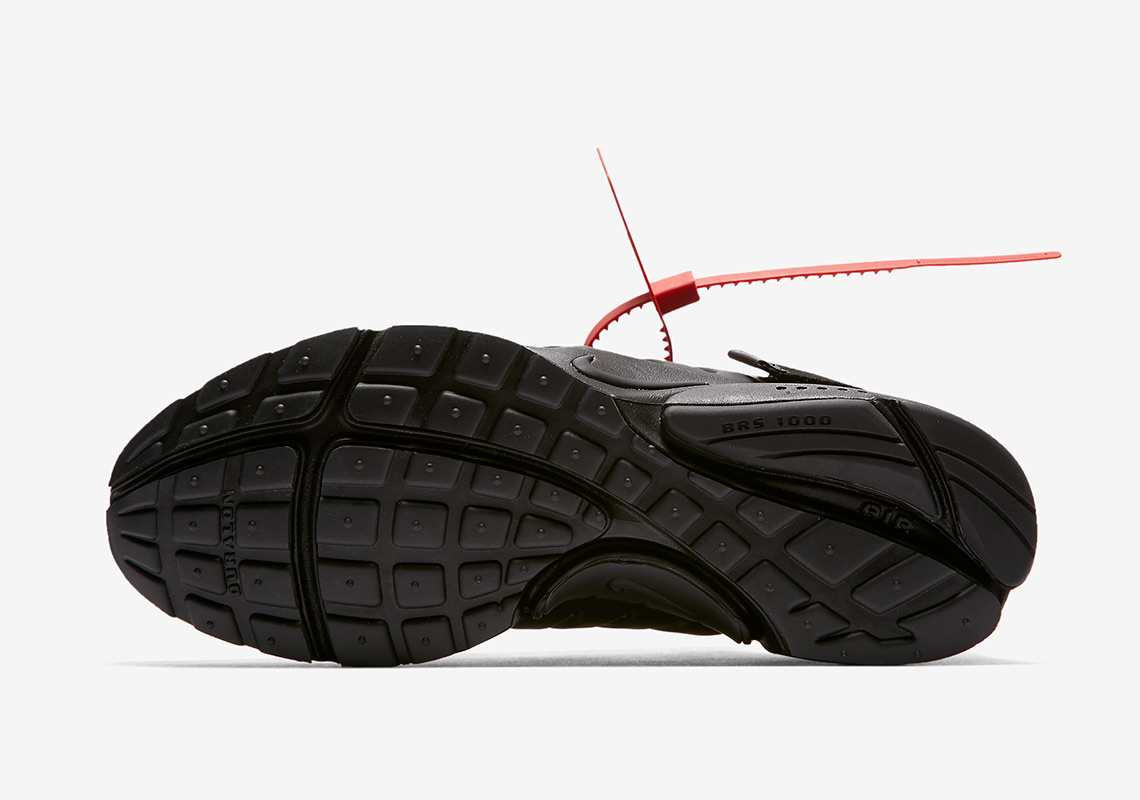 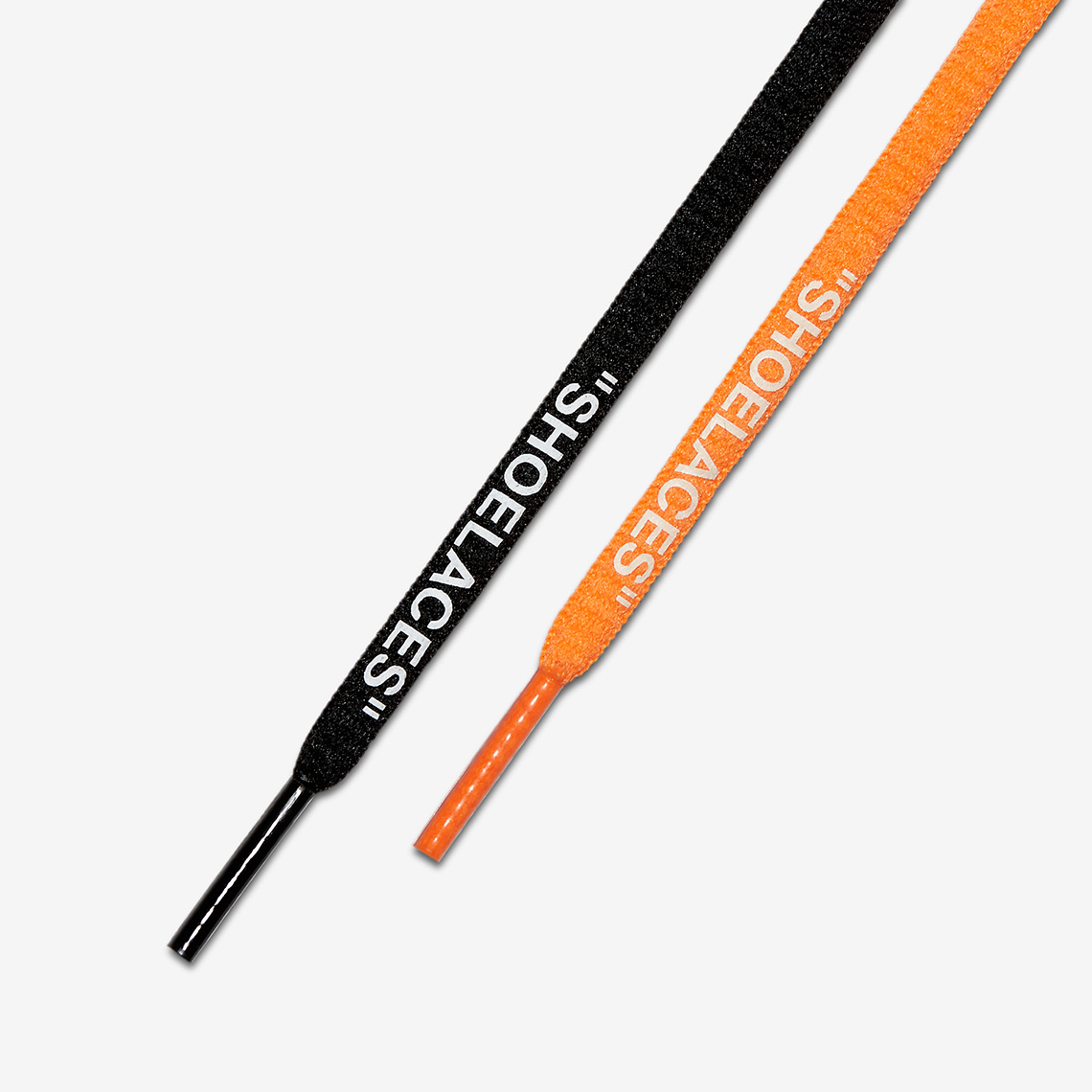