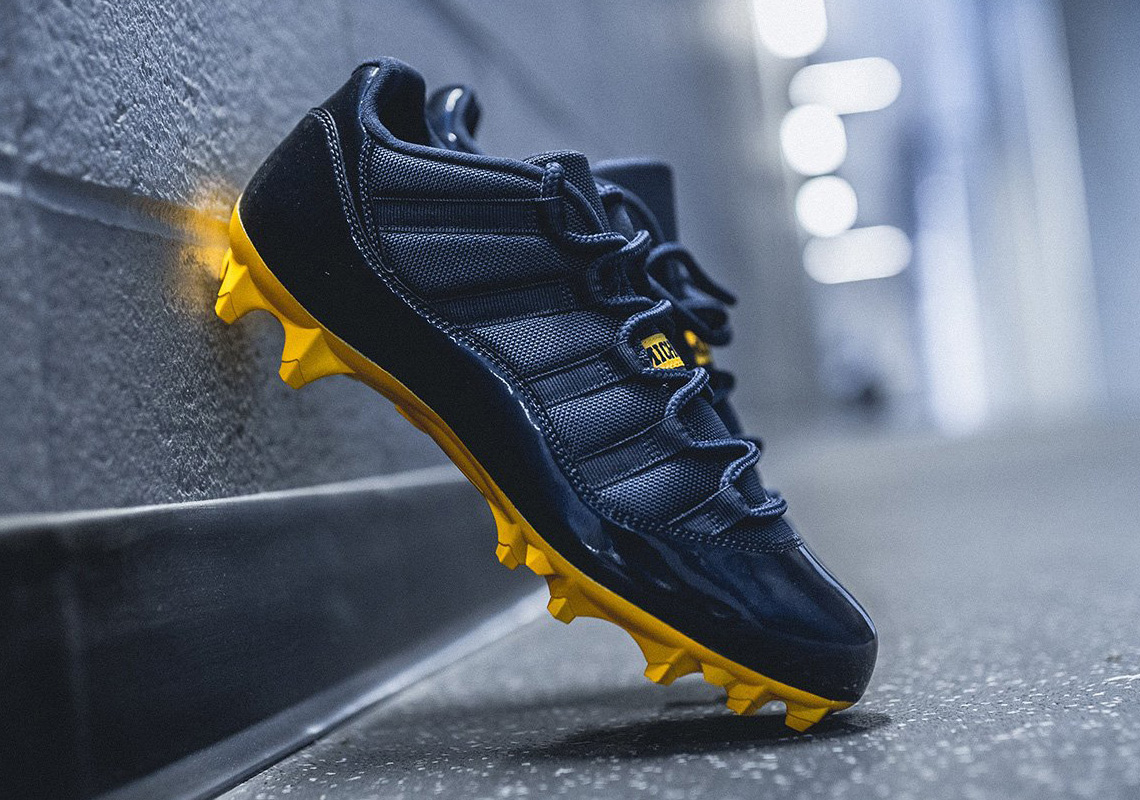 One of Jordan Brand’s most fruitful collegiate partnerships has been the University Of Michigan Wolverines. Highlighted by the recent release of the Air Jordan 12 “Michigan”, we have seen other PEs made for both the football and basketball team on silhouettes the likes of the Air Jordan 5 and the Air Jordan 32. Now, the Wolverine Football Twitter account is ready to show off two Air Jordan 11 cleat PEs that Jim Harbaugh’s boys will be lacing up during the 2018 season. Dressed in a decidedly Michigan color scheme, it boasts a combination of collegiate navy and maize in both a high and a low version. Student athletes from Shea Patterson to Karan Higdon will have these two as well as what is sure to be numerous other Jordan Brand PEs to choose from along their journey toward the College Football Playoff trophy. 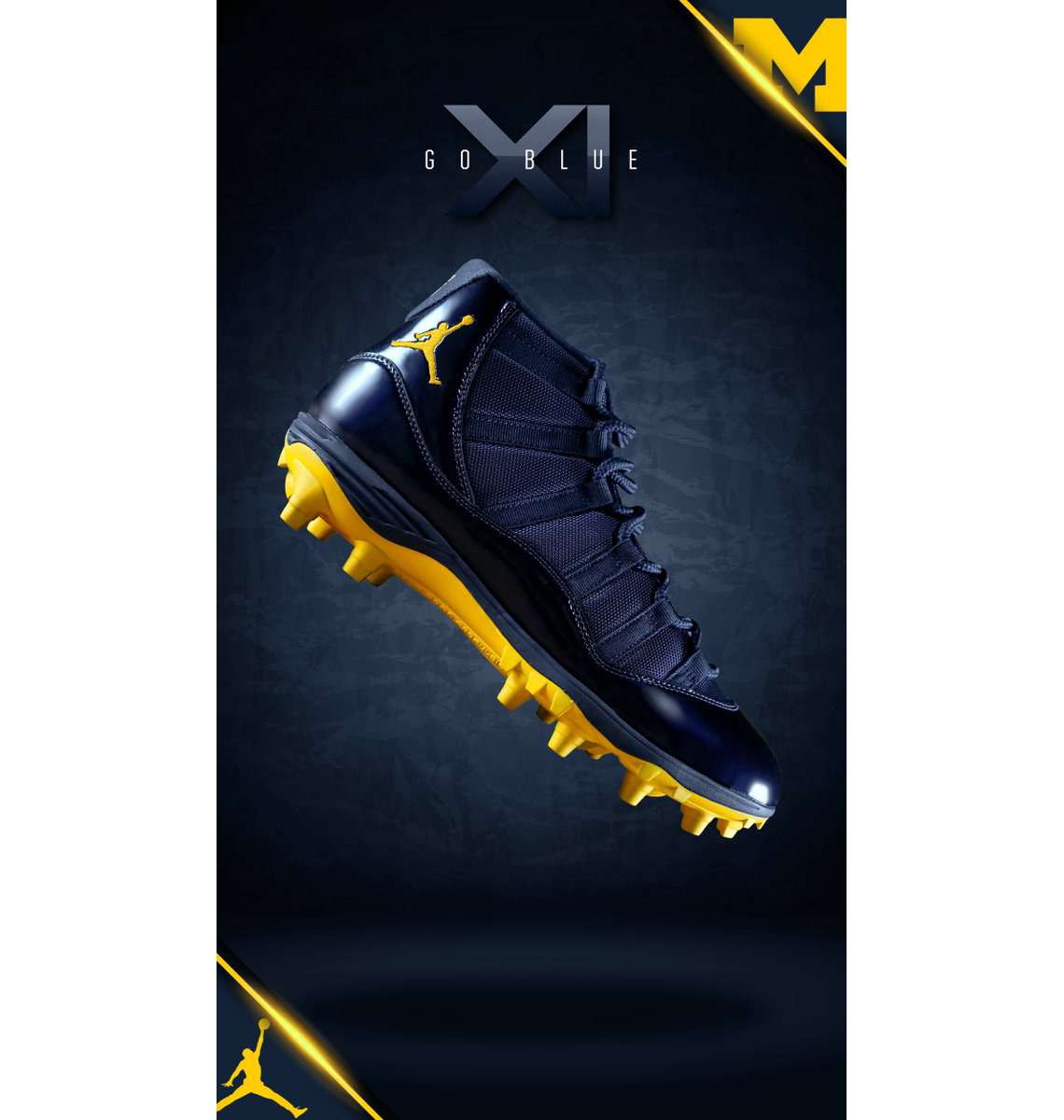