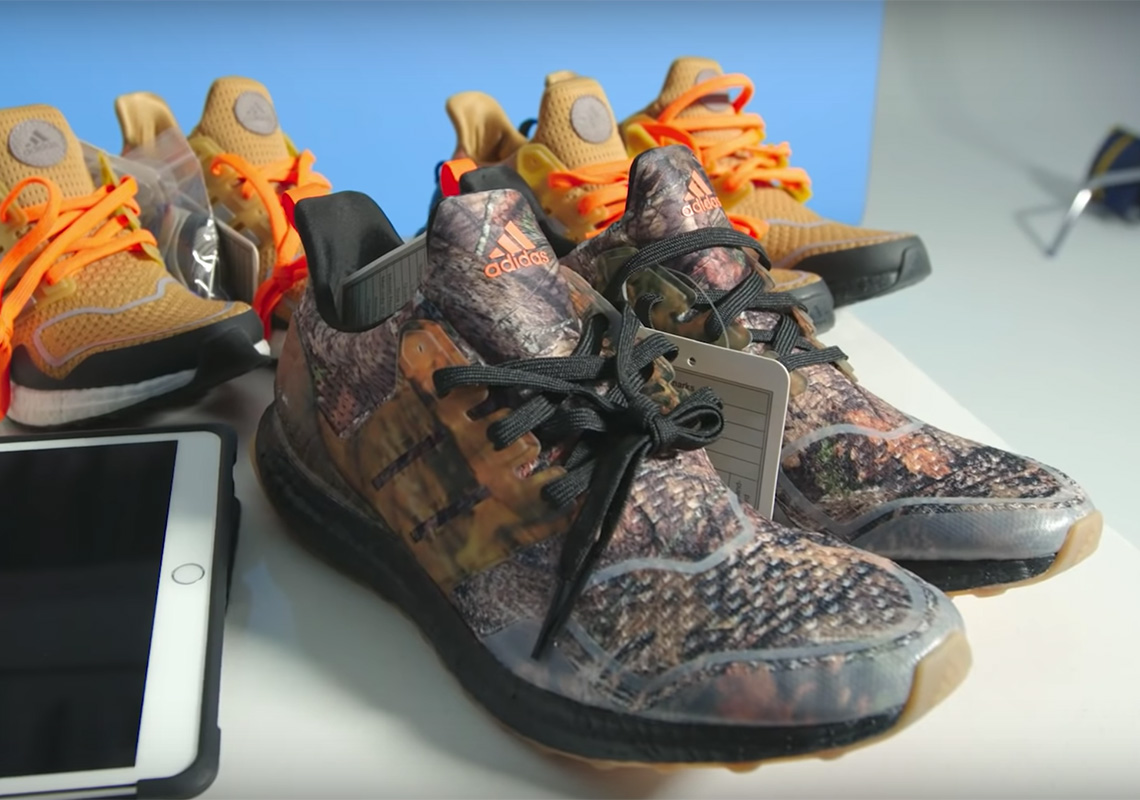 Queens-bred rapper/foodie Action Bronson has own sneaker collaboration in the works. Already a long-time supporter of the popular Boost-laden running shoe, the Fuck That’s Delicious leading man reveals to GQ Magazine three sample iterations of an adidas Ultra Boost collaboration. Two versions appear to have an orange/black colorway with varying Boost sole colors, while a third goes full woodland tree camouflage print with an opaque overlay. Action’s no stranger to the footwear game, as several of his music videos have showcased some prized kicks such as the Concepts x New Balance 998 “Kennedy” and much more. You can see Action discuss his collaboration at the 5:40 mark in the video below.