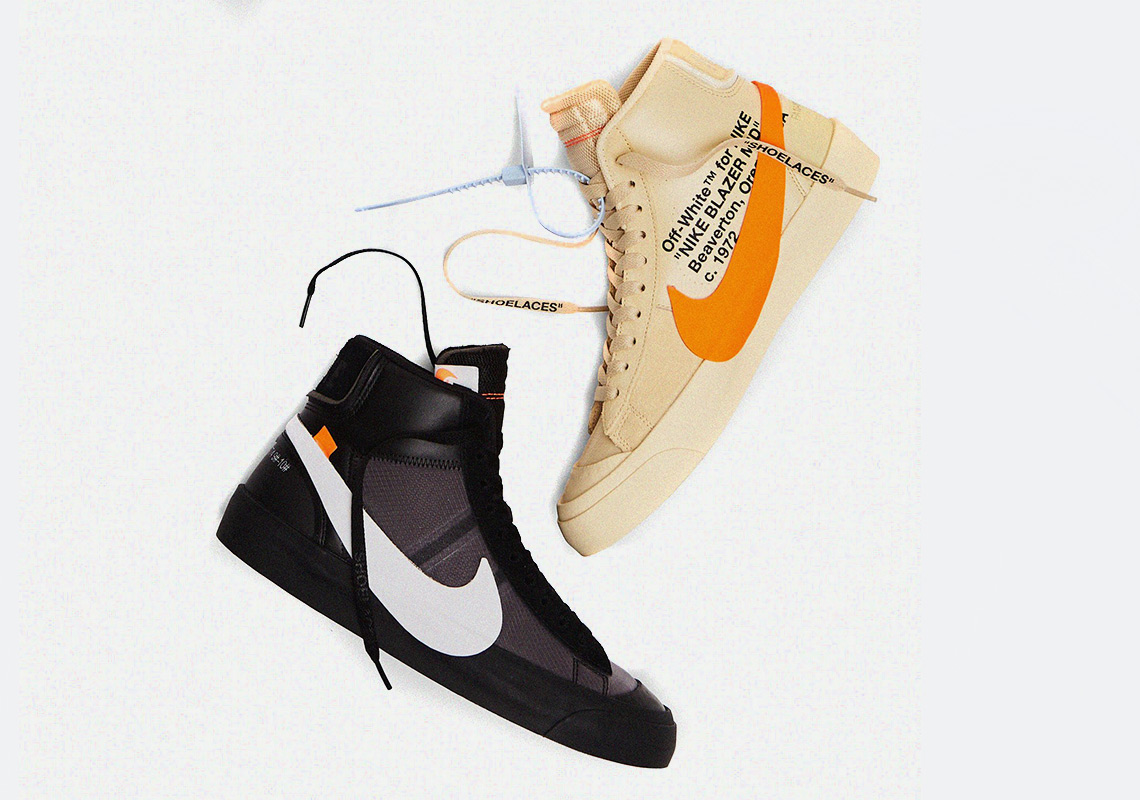 After official images of Virgil Abloh‘s highly anticipated two-pack of halloween themed Nike Blazers surfaced last week, an official global release date for both of the spooky kicks has now been announced: October 3rd. Both call upon classic seasonal motifs for their colorway inspiration, with the “Grim Reaper” boasting a sinister black and white look with noticeable translucent detailing, while the “All Hallow’s Eve” opts for a pumpkin-style combination of orange and light tan. Abloh’s signature embellishments are ever-present, with his standard Helvetica text printed on the lateral midfoot/laces and Off-White zip tie — unquestionably the most recognizable sneaker accessory of the year — wrapped around the laces. The midfoot Swoosh is dropped down slightly from its normal midfoot perch, and finishing touches arrive via off-center tongue branding, small colored tabs on the aforementioned Swoosh, and factory-style production codes on the heel. Get another look at Abloh’s newest Nike shoes below while you wait for the drop at retailers like END on the 3rd, and let us know where they rank on your list of favorite Off-White designs. 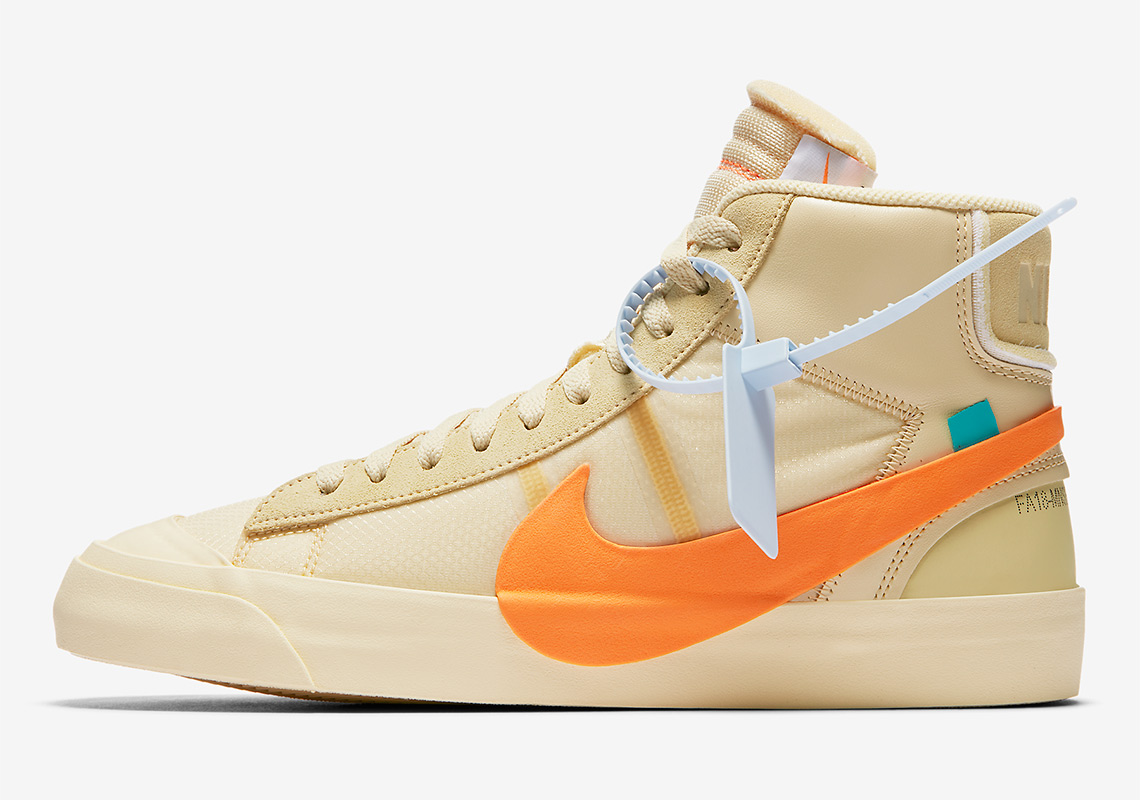 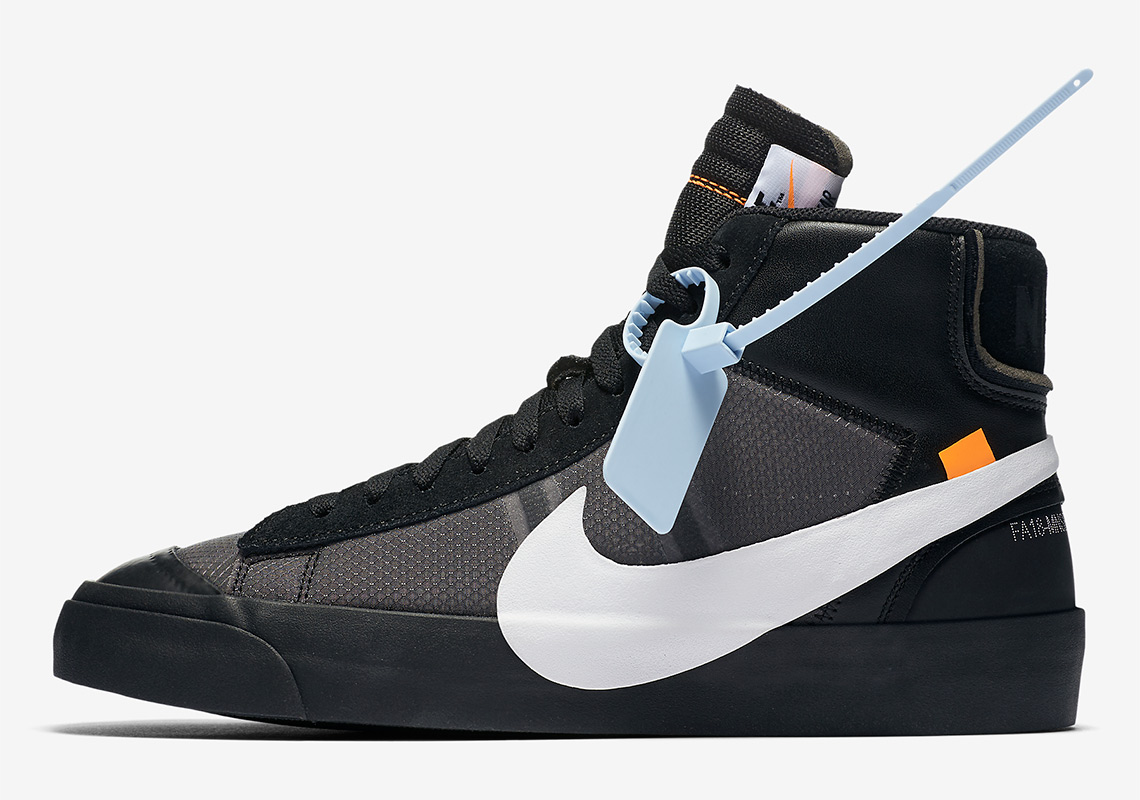