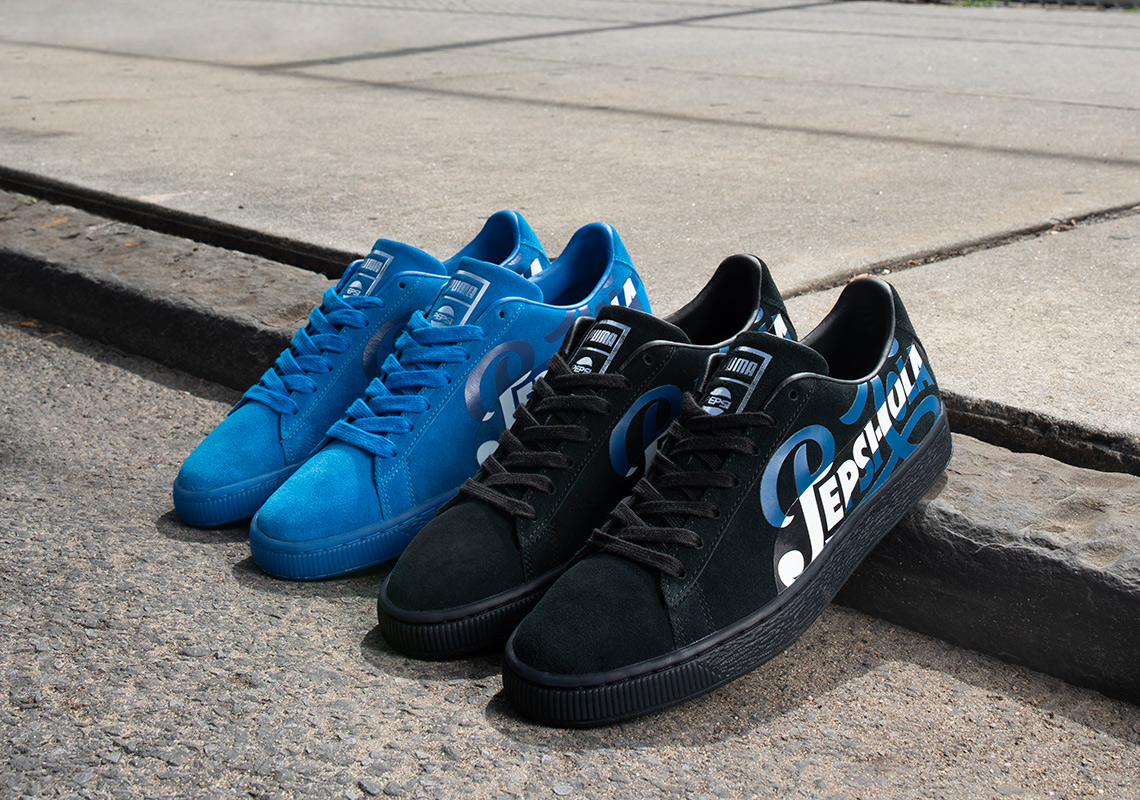 Pepsi Teams With Puma For Two Iconic Renditions Of Suede

2018 has been a celebratory campaign for many sneakers across the industry. From the 30th anniversary of the Air Jordan 3, to the 20th year of the Air Max Plus, we have seen an uptick in these releases all year. Similarly, the illustrious Puma Suede has made waves, celebrating its 50th year on the market, serving as one of the most influential models in the history of sneakers. To help this celebration end on a strong note, the German Sportswear Brand has partnered up with the instantly recognizable Pepsi-Cola brand for a two-piece set of Suedes and matching apparel. Much like Puma, Pepsi has spent the last 120 years linked to pop culture and music, boasting its visibility amongst athletes, and influencers across generations. Equipped with velvety suede uppers, one of the two Puma Suedes calls upon primarily blue with black accents while its counterpart is the exact opposite done up in mostly black. White comes into play atop the brand’s familiar script logo interacting with a tone-on-tone Formstripe, while debossed metallic silver logos can be seen on each iteration’s tongues. These two creatively-designed offerings are set to arrive at Puma.com and other stockists on October 25th alongside a matching pair of pants, a sweatshirt, and a tee. 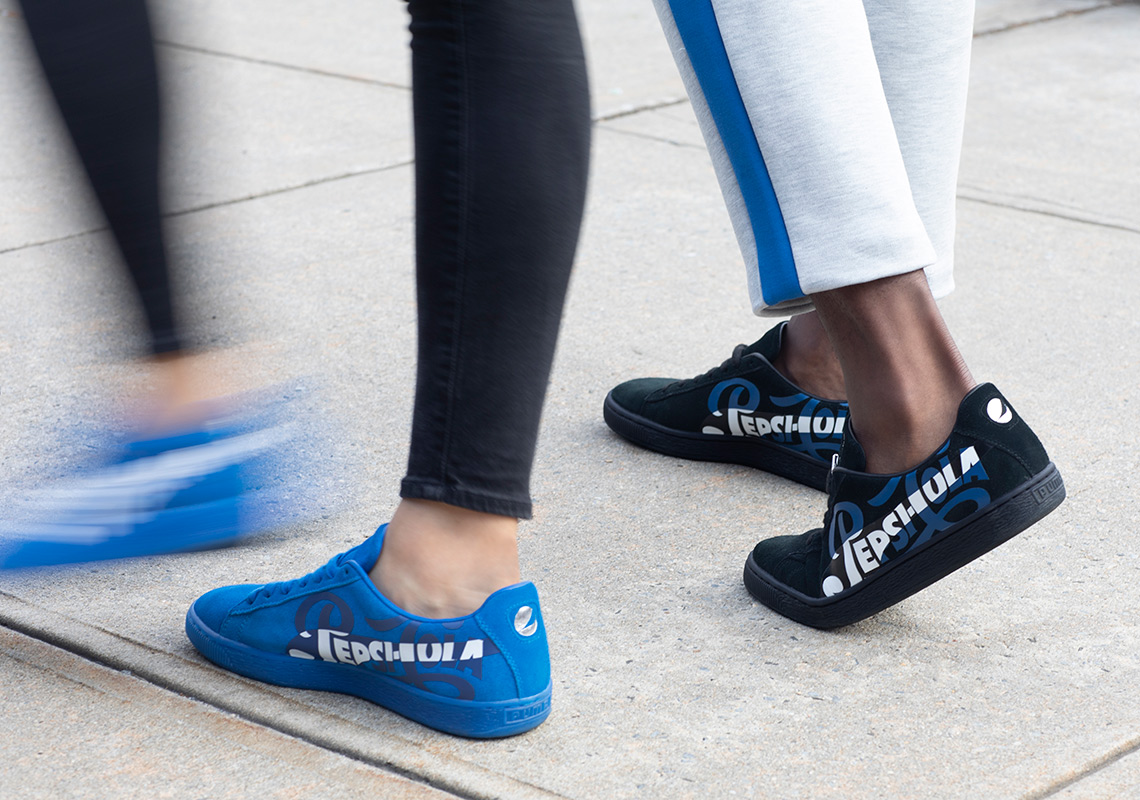 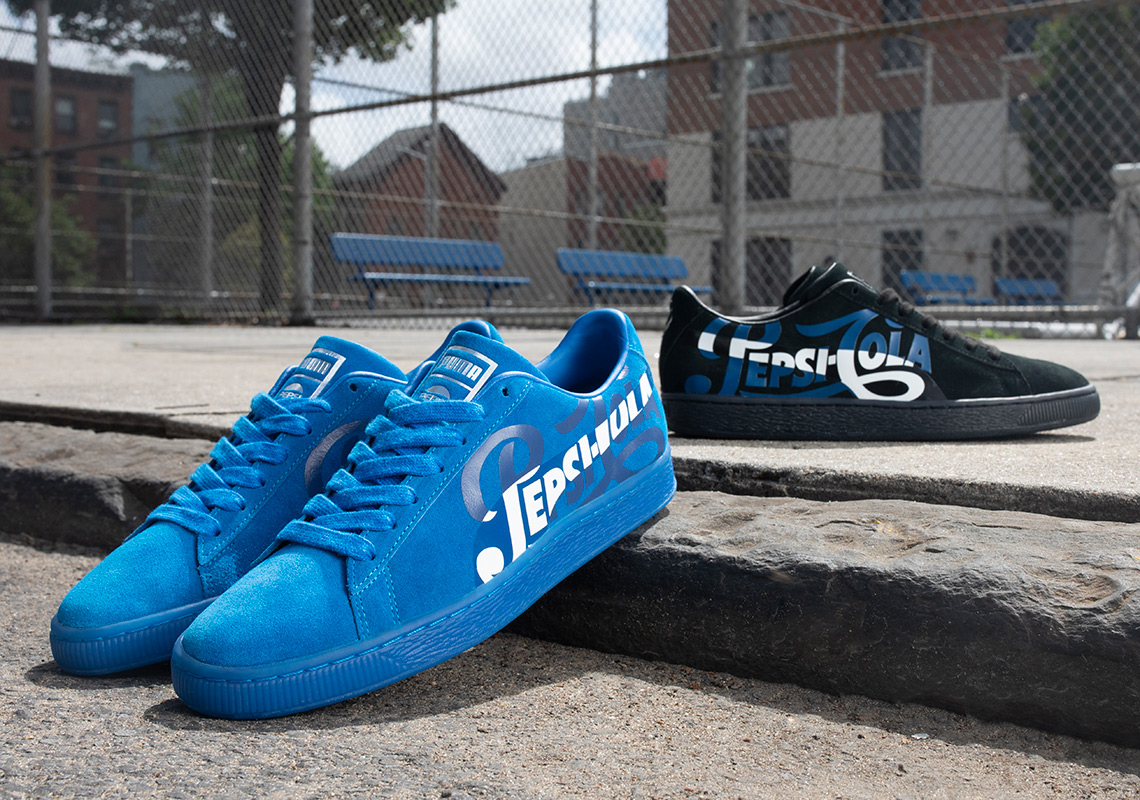 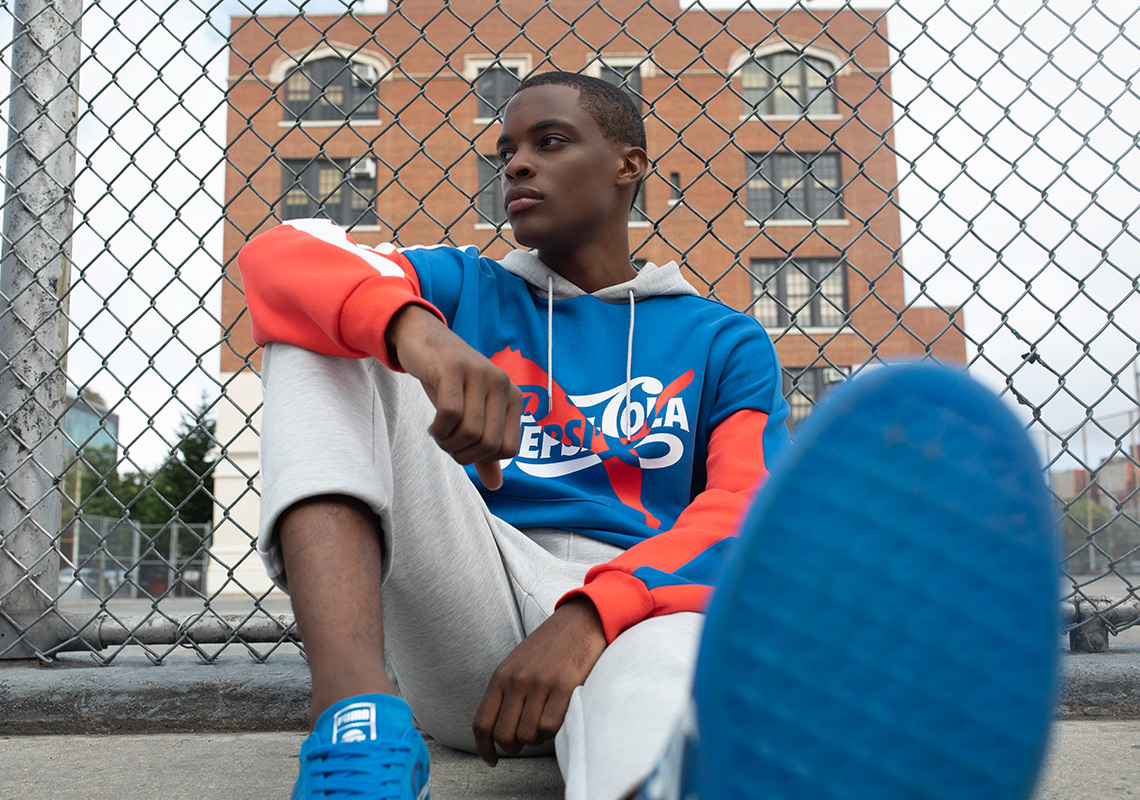 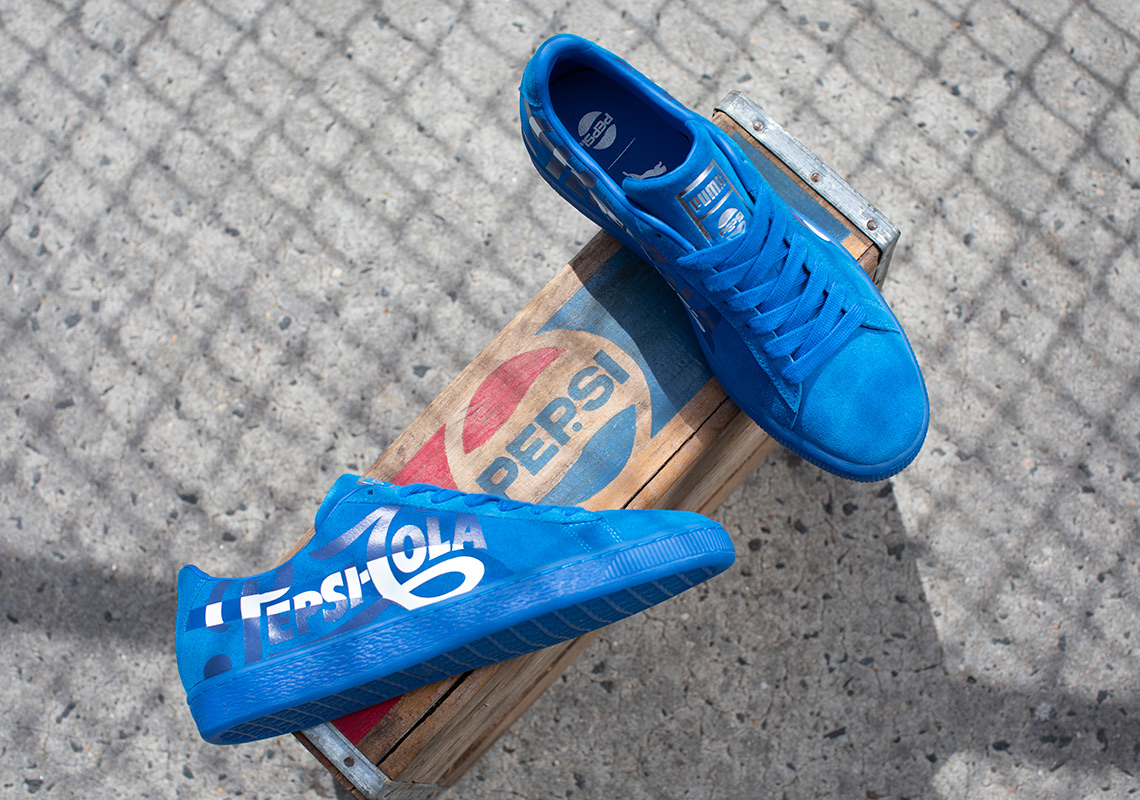 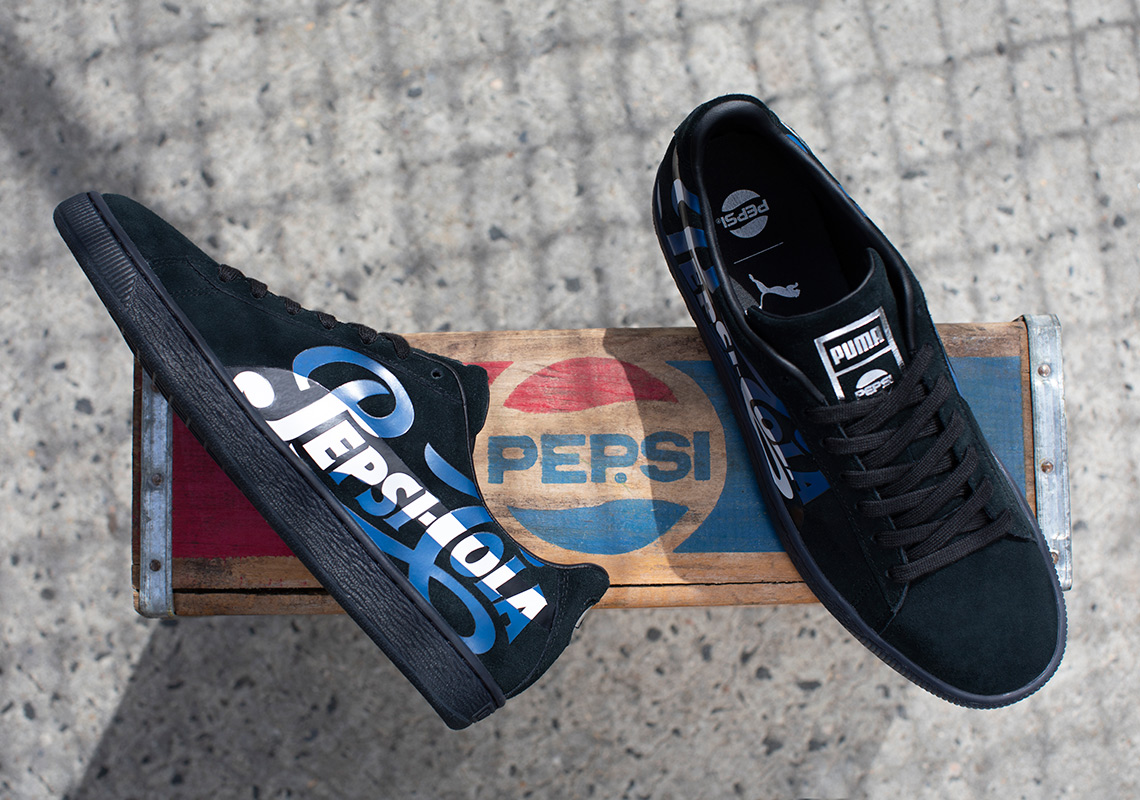 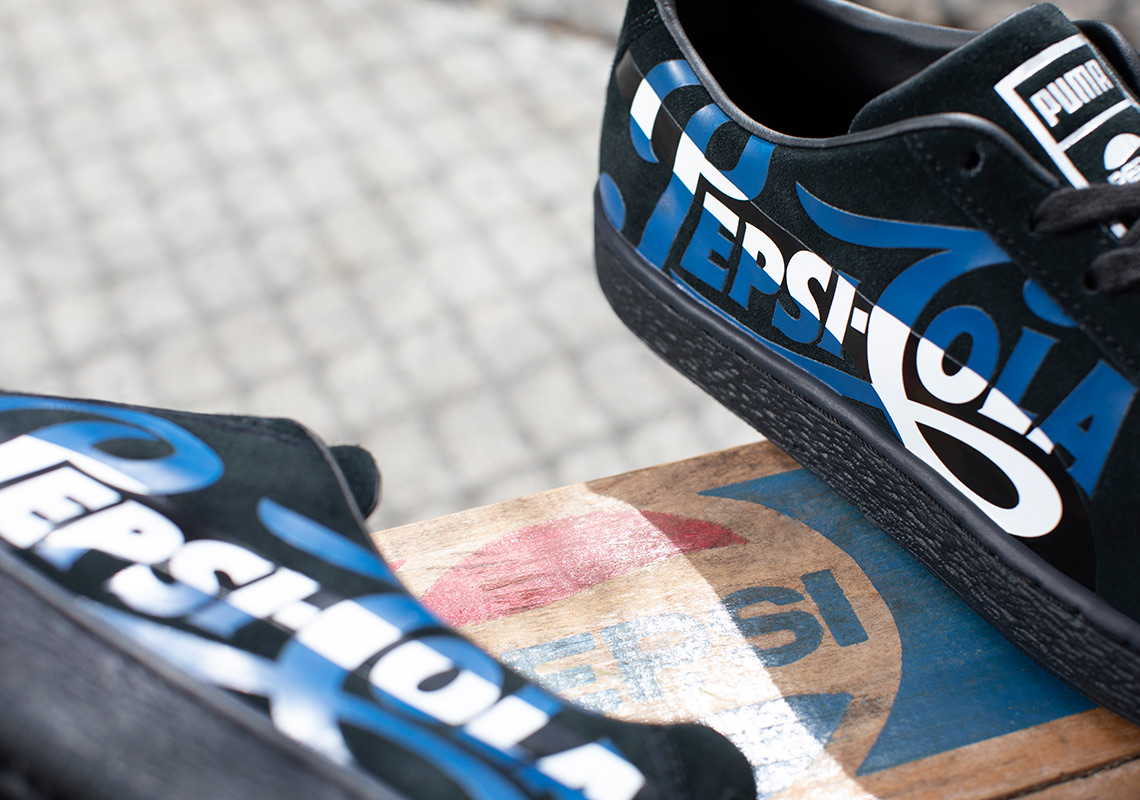 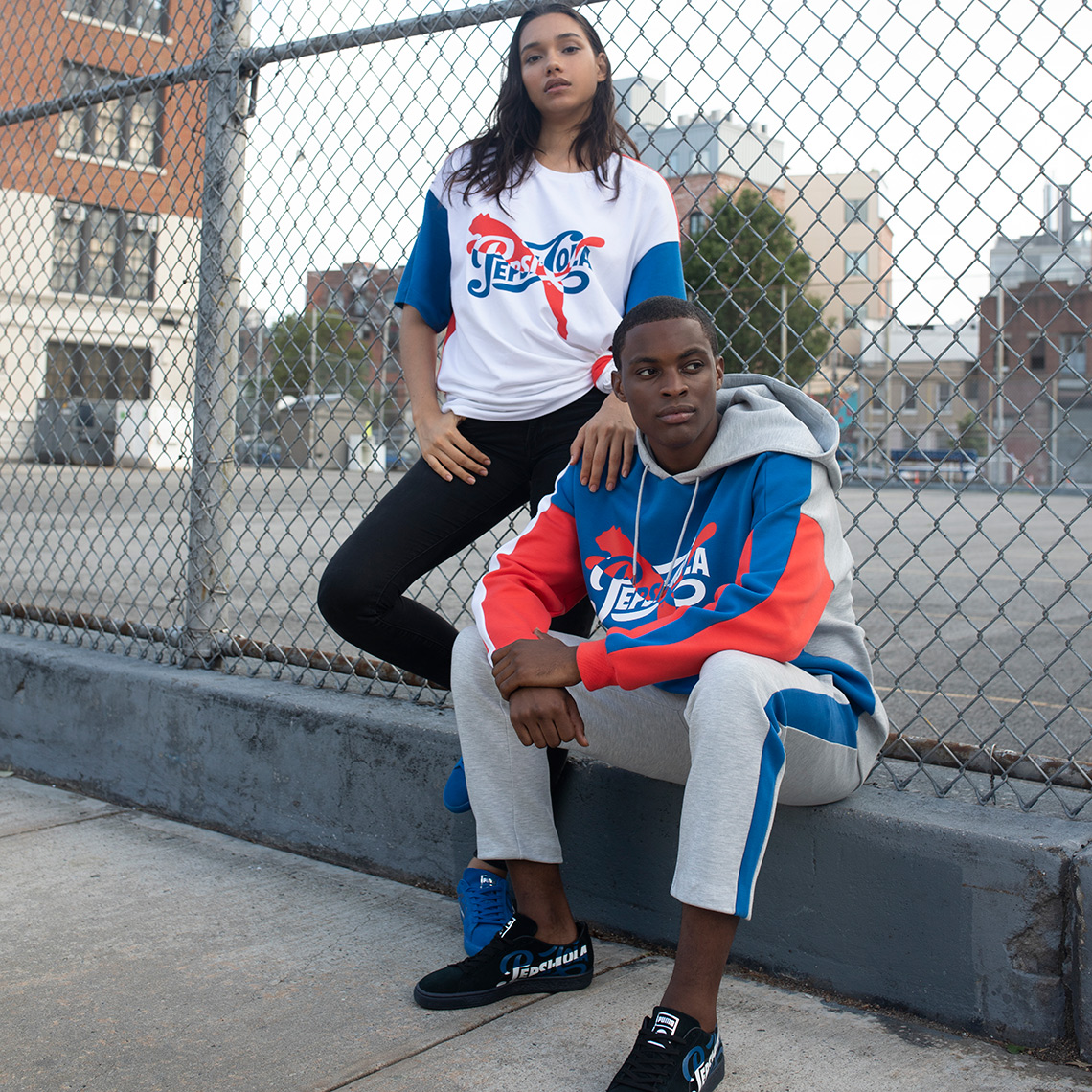 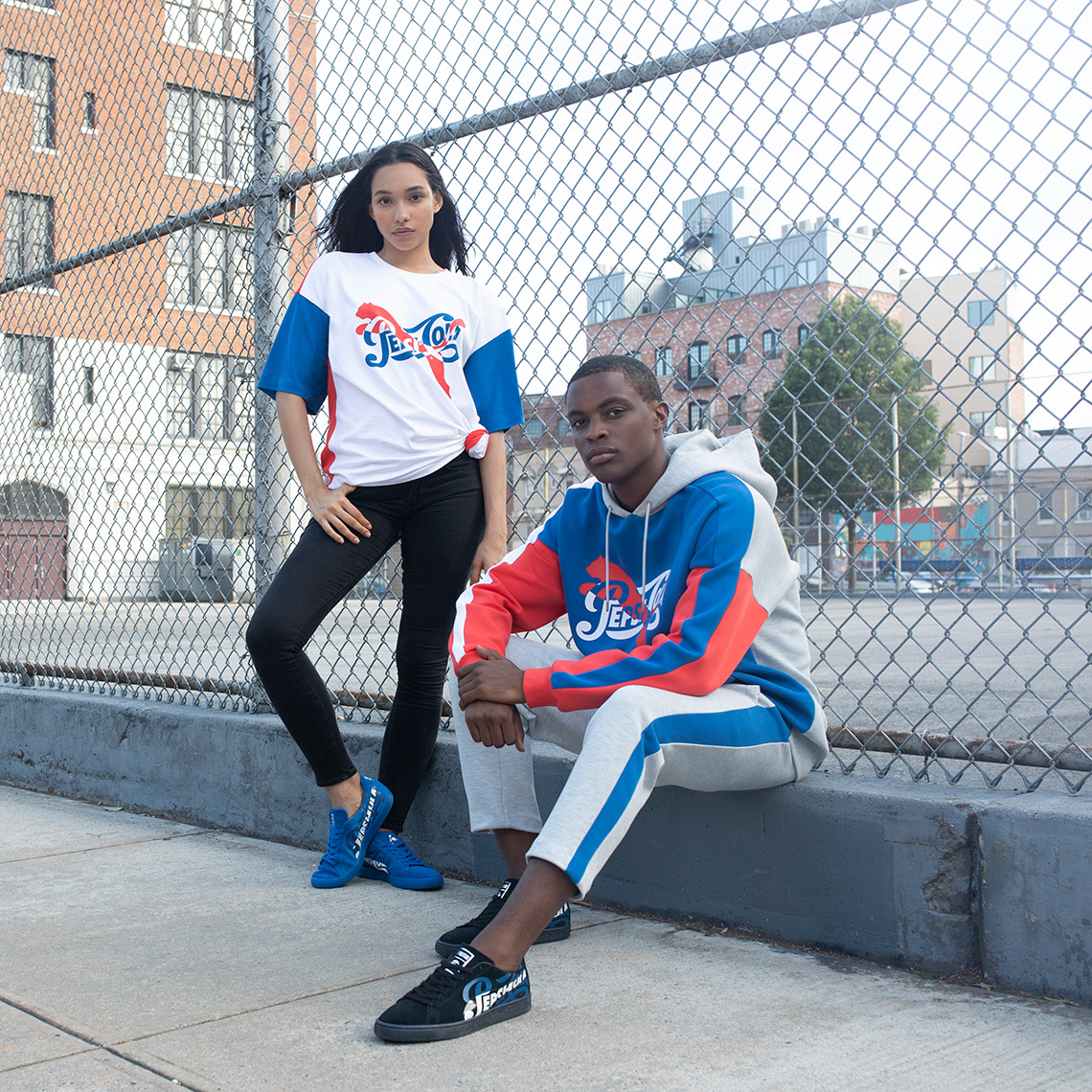 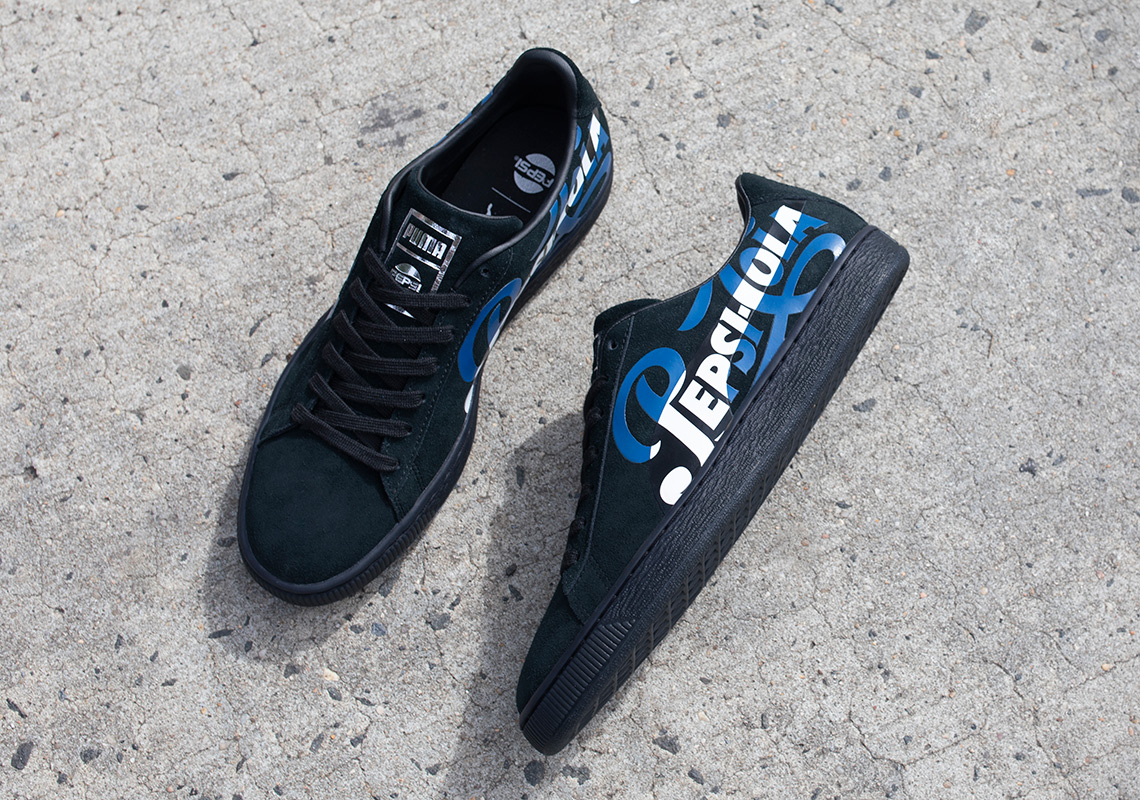 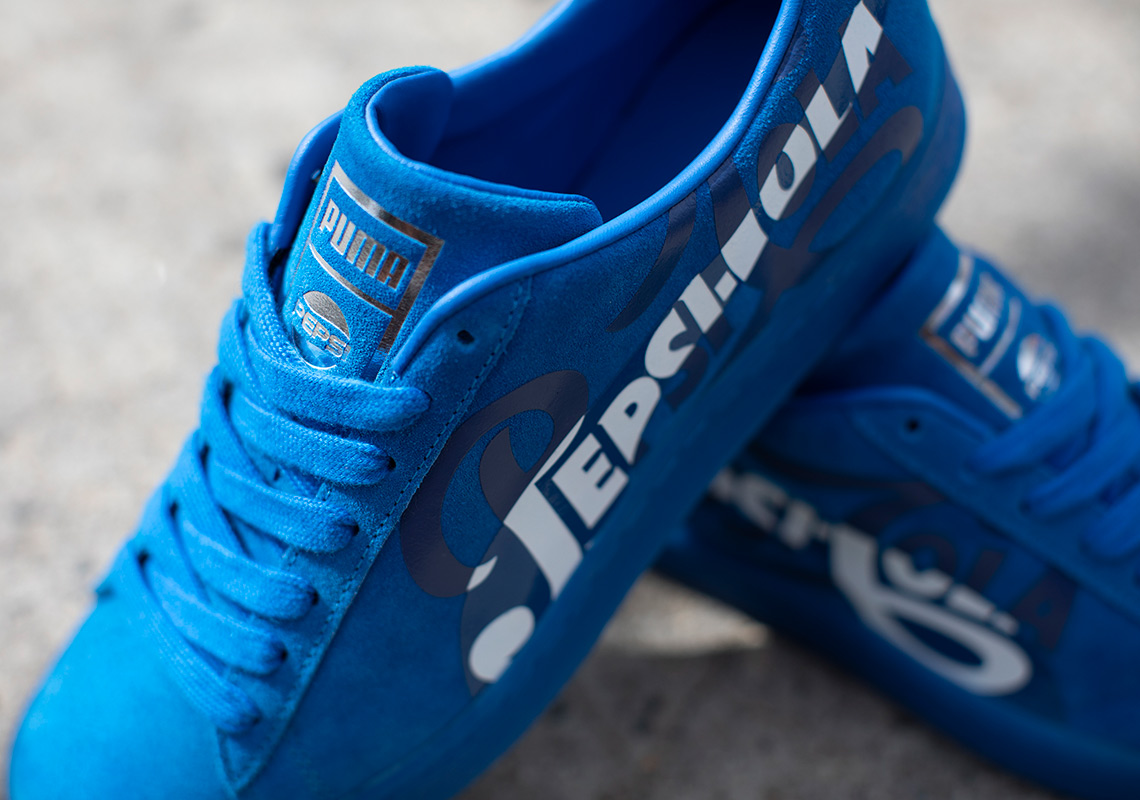 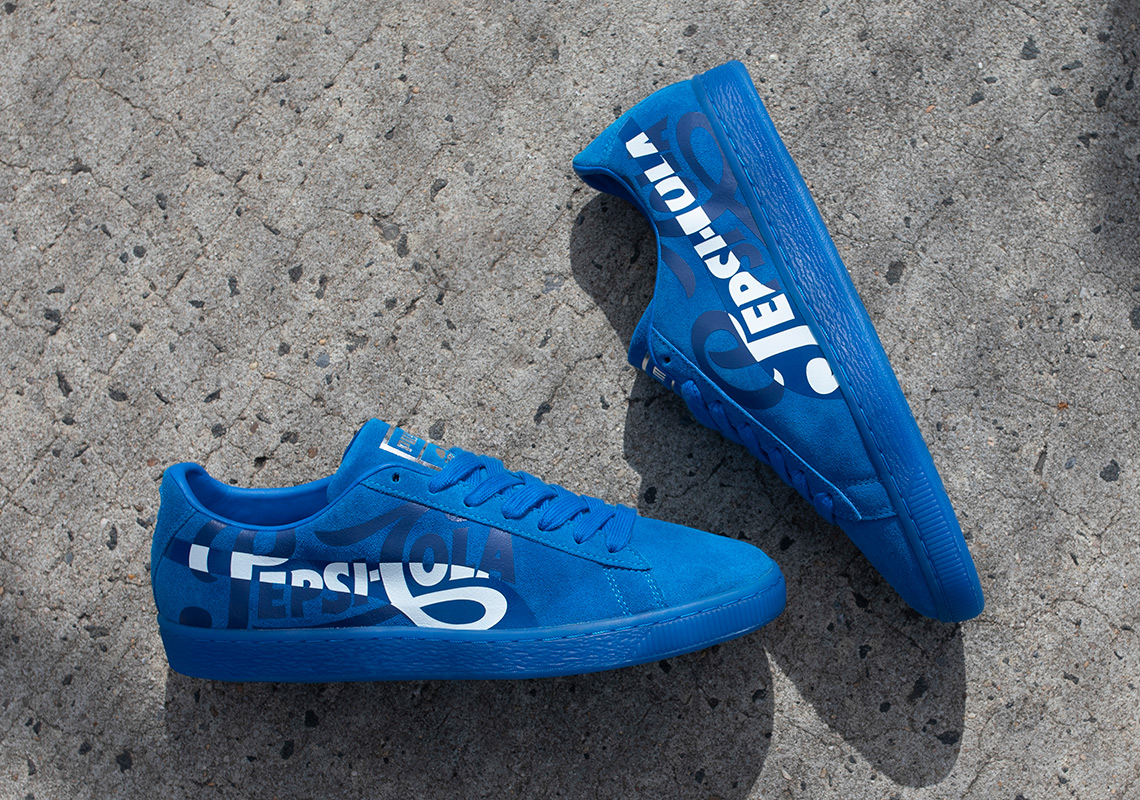 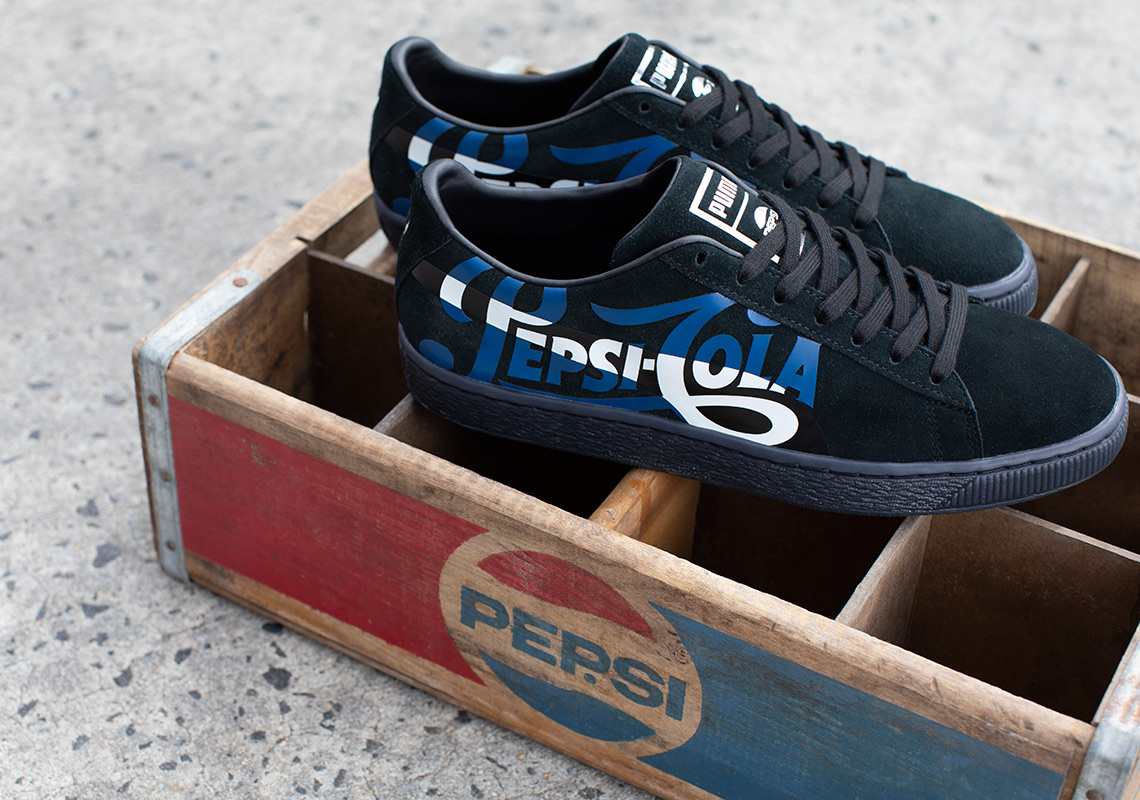 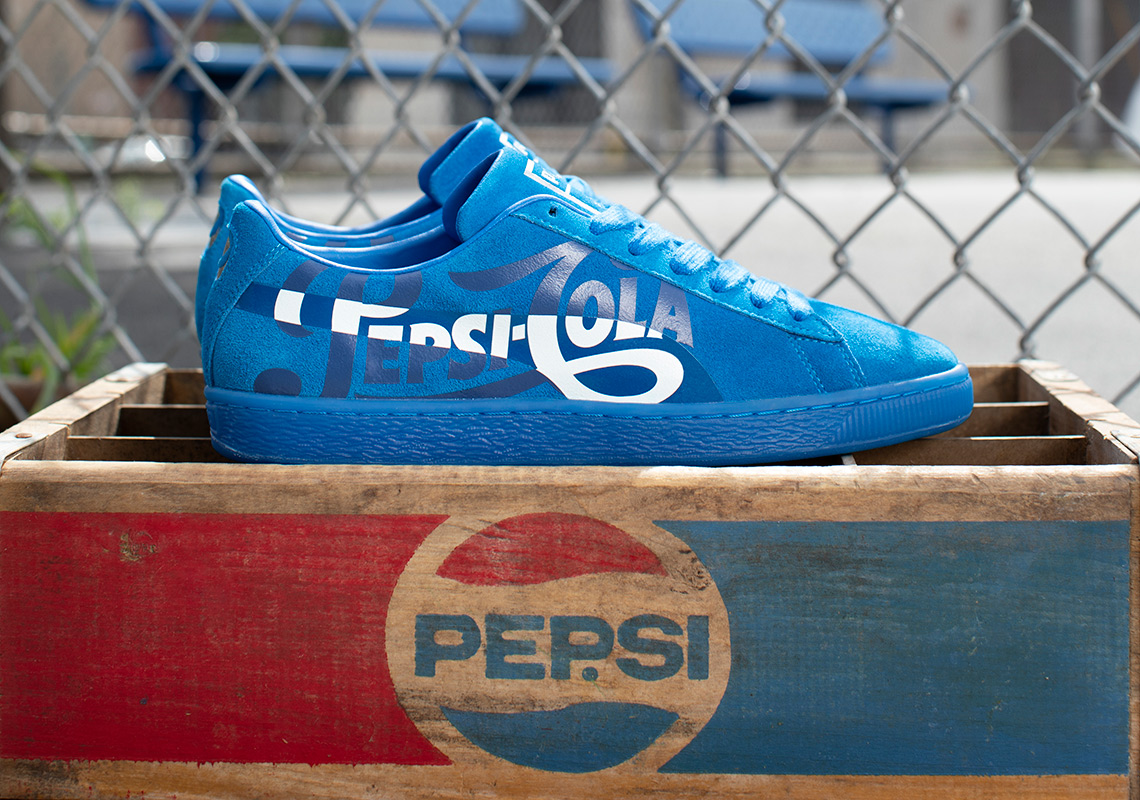