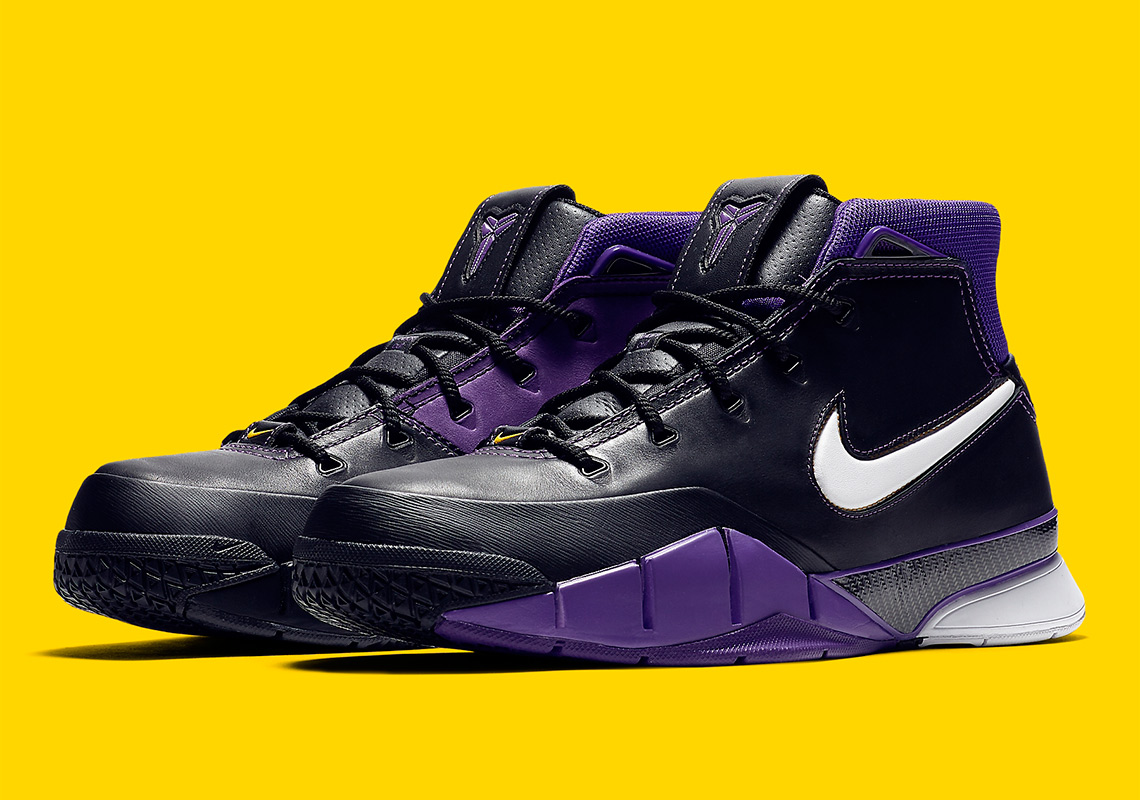 Although he’s long retired from professional basketball, Kobe Bryant‘s influence on the game he loves looms just as large as ever. With both next-generation performance models like the Kobe AD NXT 360 that help push basketball footwear in a fresh new direction — and loving remasters of classics like his Zoom Kobe 1 Protros — Bryant is still very much a part of basketball culture. After recently surfacing in a patriotic USA colorway, the Mamba’s OG Protros are releasing in yet another time-honored palette: black and purple. A color combo seen on Bryant’s feet frequently during his time with the Lakers, the shoes feature a smooth black leather upper with a textured black leather mudguard. Rich purple accents arrive on the collar, tongue and midsole, while a stark white arrives on the swoosh and heel to break up the mostly dark colors. Contrast stitching on the upper’s seams offers a little extra flair, and the premium look is completed with black carbon fiber detailing on the midsole. Kobe’s new kicks are set to drop at the Swoosh Hoops stockists listed below on October 23rd, and will retail for $175 USD.

Where to Buy (No Global Shipping) 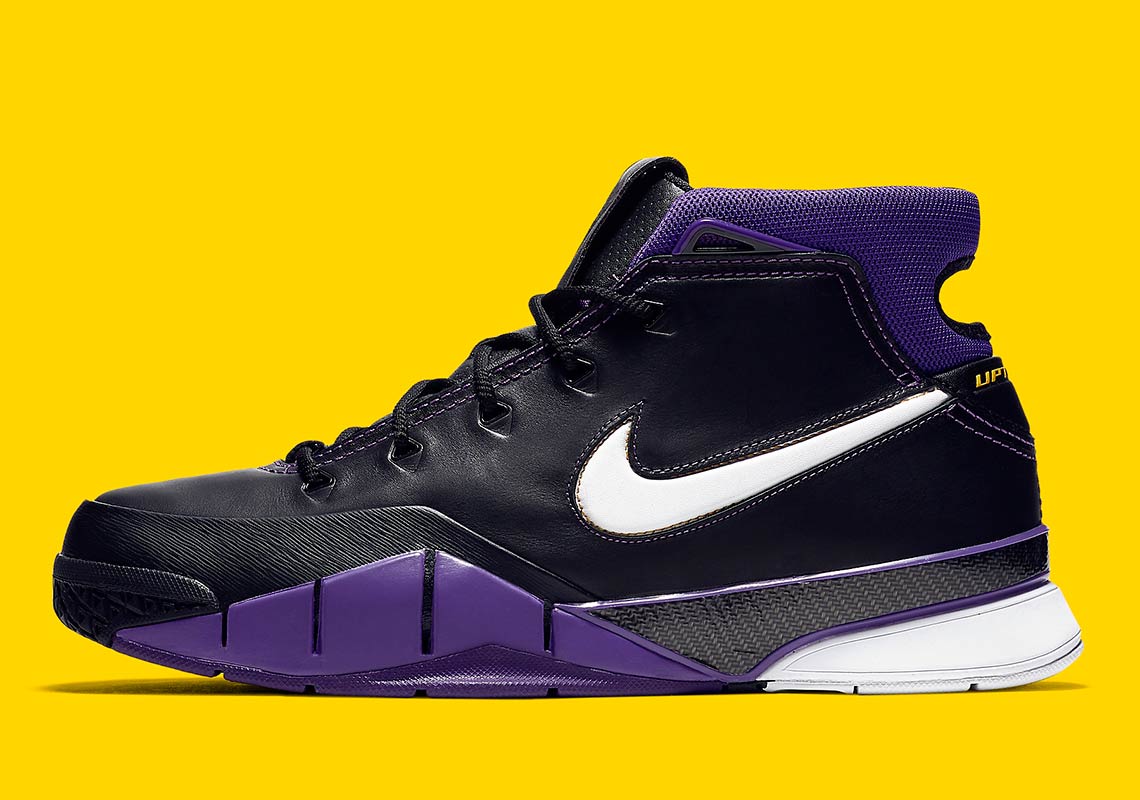 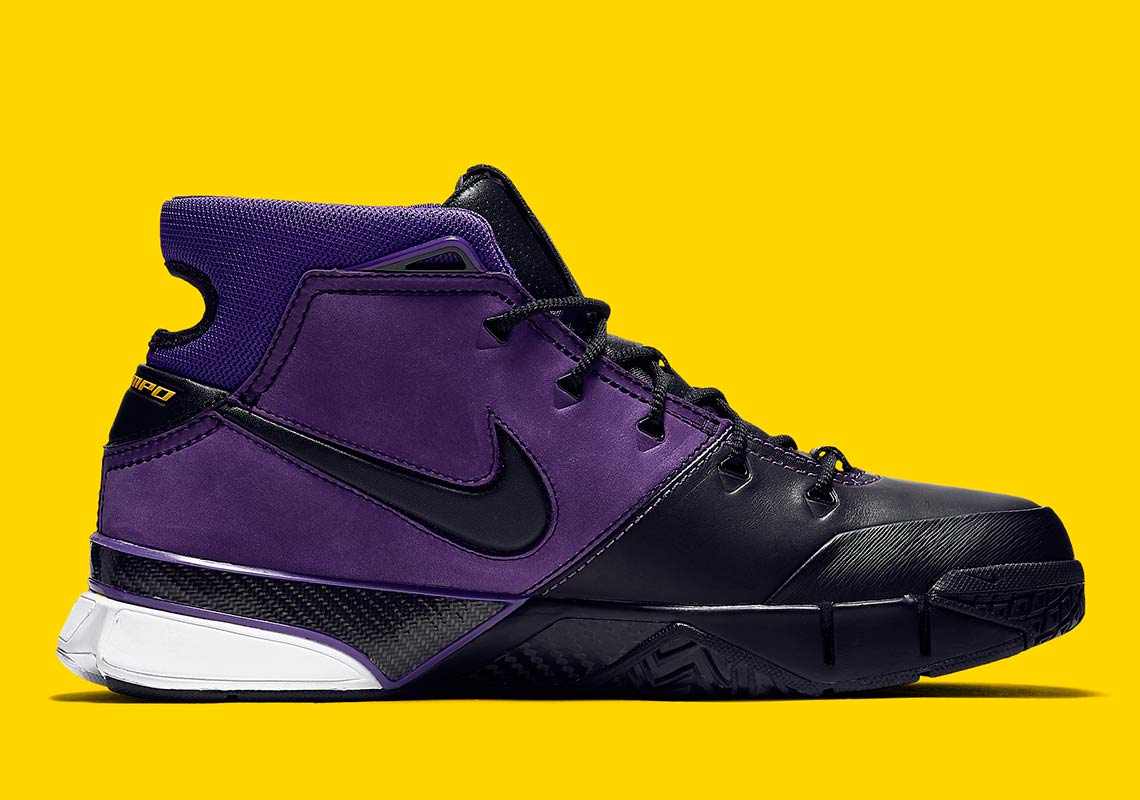 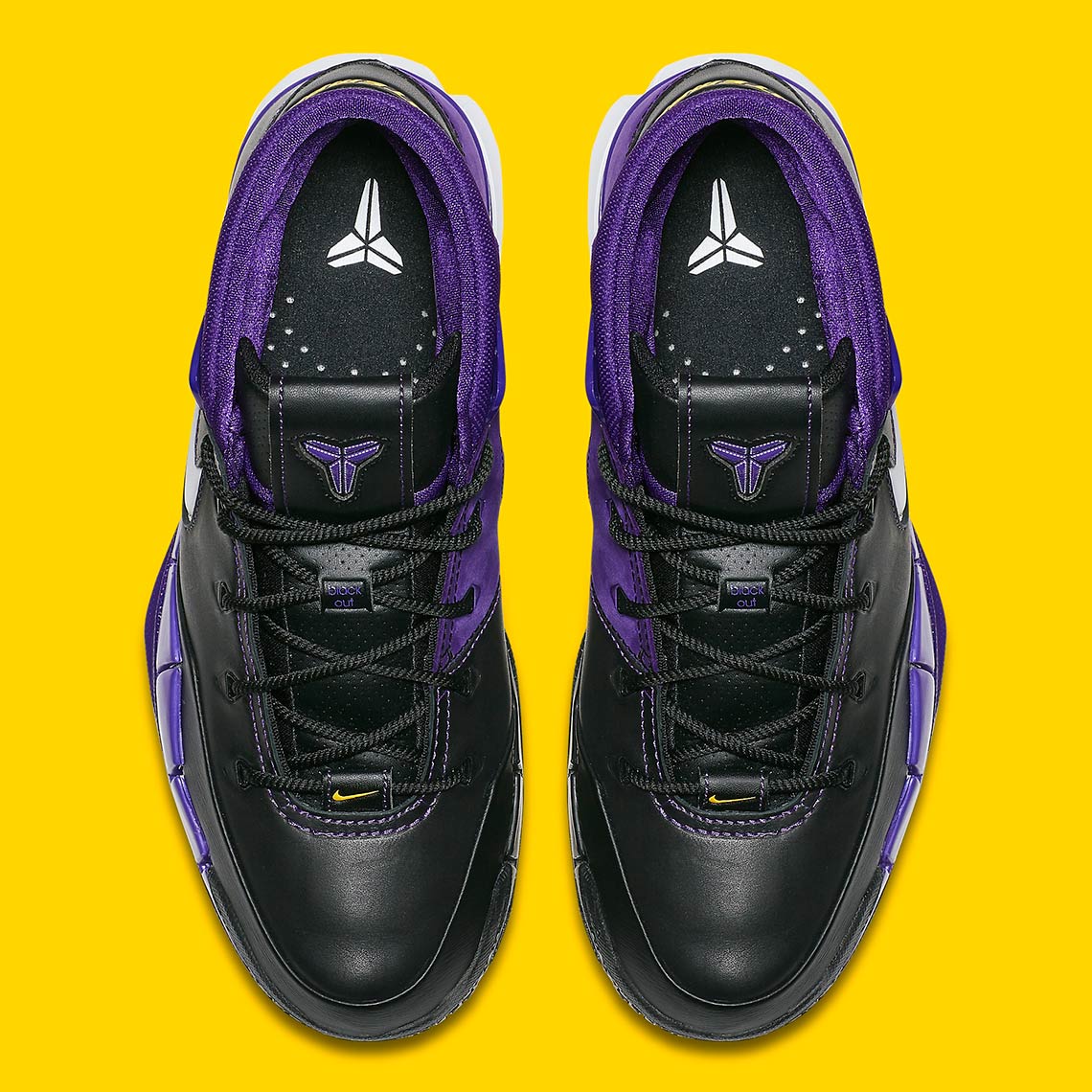 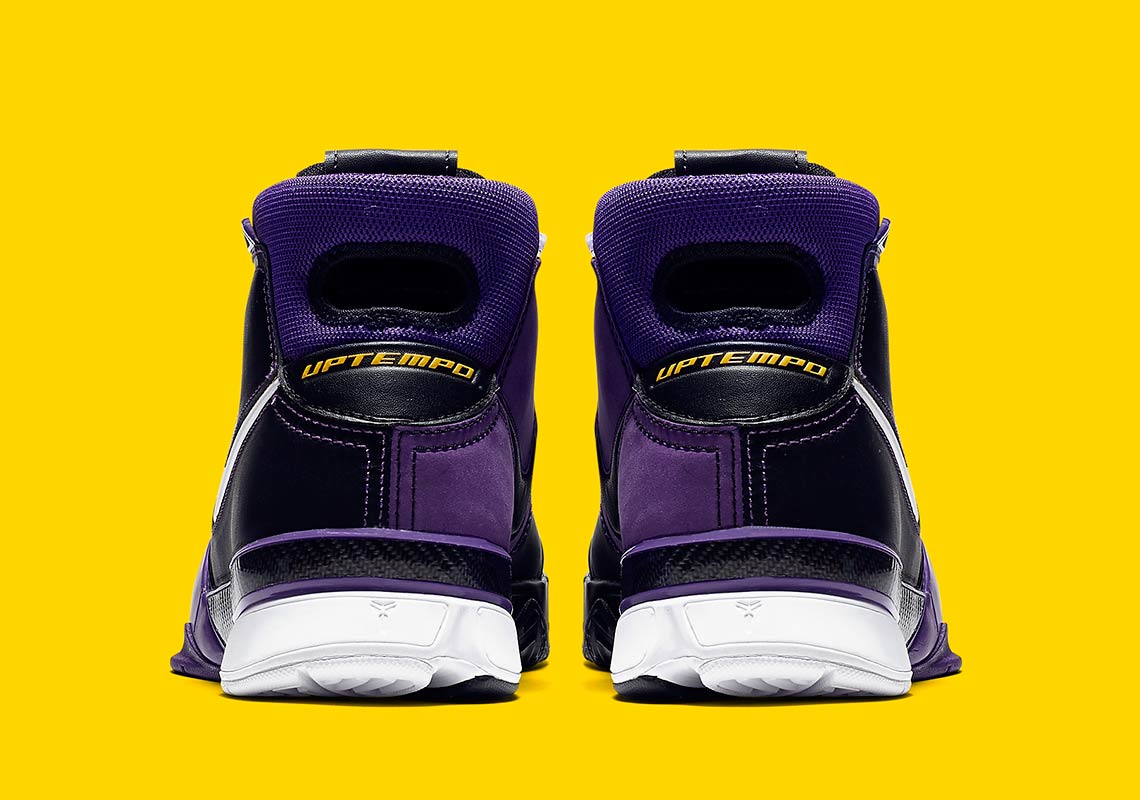 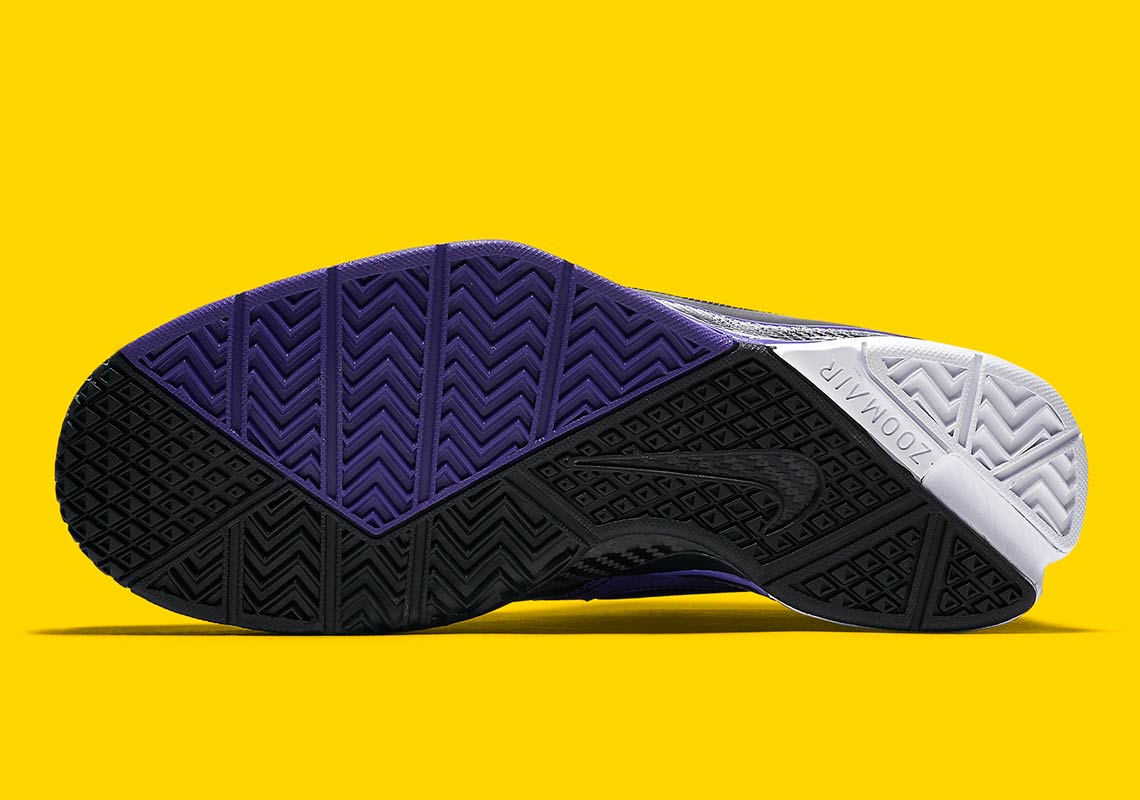