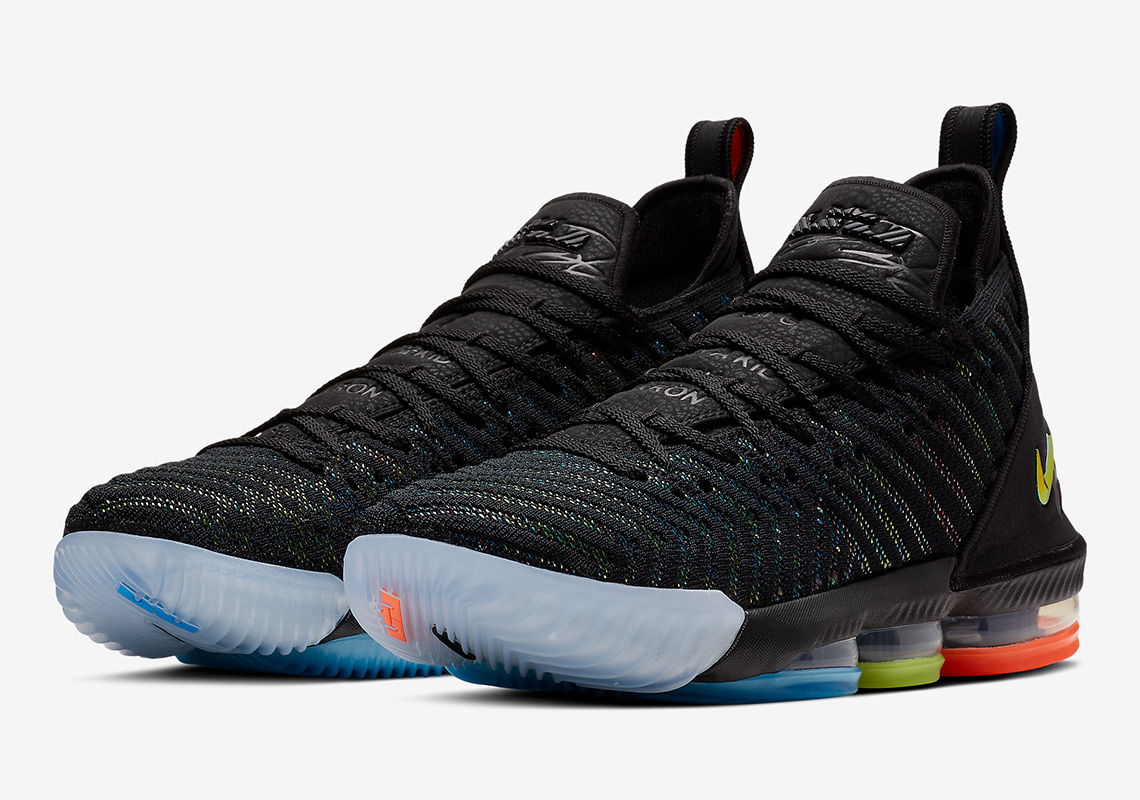 On the court, LeBron James is one of the greatest two basketball players in the history of the sport. People will go back and forth between him and Michael Jordan ad nauseam, while honing in on the individual greatness of each player’s legacy. However, one statement that cannot be refuted is the fact that James is the single most philanthropic figure the sport – and quite possibly the world of sports – have ever seen. Supported by his “More Than An Athlete” merchandise, and exemplified by the opening of his “I Promise” school, James’ distinguishable presence will be felt long after he ends his illustrious playing career. In commemoration of this school built for Akron, Ohio’s challenged students, LeBron and the Swoosh are set to release a Nike LeBron 16 sporting I Promise’s signature colors. Constructed primarily of black, this clean take on the King’s 16th signature model ushers in blue, green, and orange on both its sole unit and its iridescent Nike branding. Keeping in line with the rest of the LeBron 16’s drops, this model features personal touches aplenty, including “Just A Kid From Akron” debossed on its throat, and its heel sporting both a “We Are Family” hit as well as the LeBron James Family Foundation emblem. Enjoy an official look at the Nike LeBron 16 “I Promise” below and be sure to stay tuned for updates regarding its Nike.com release. 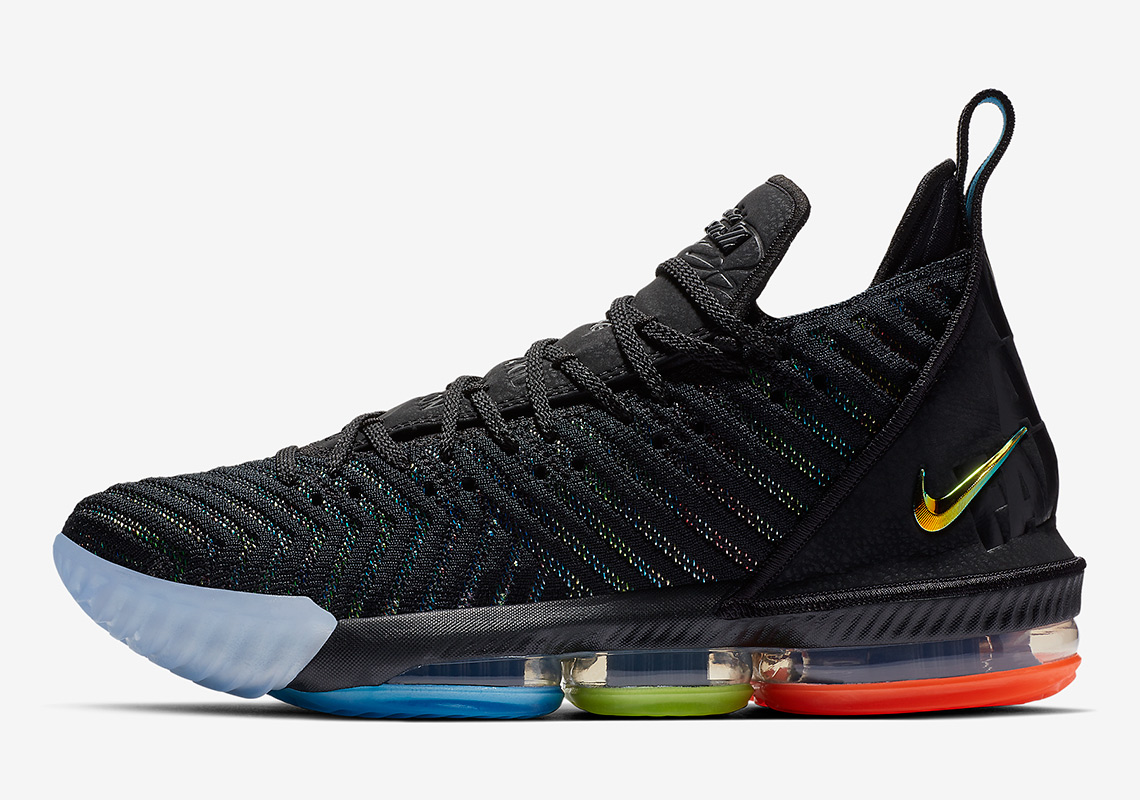 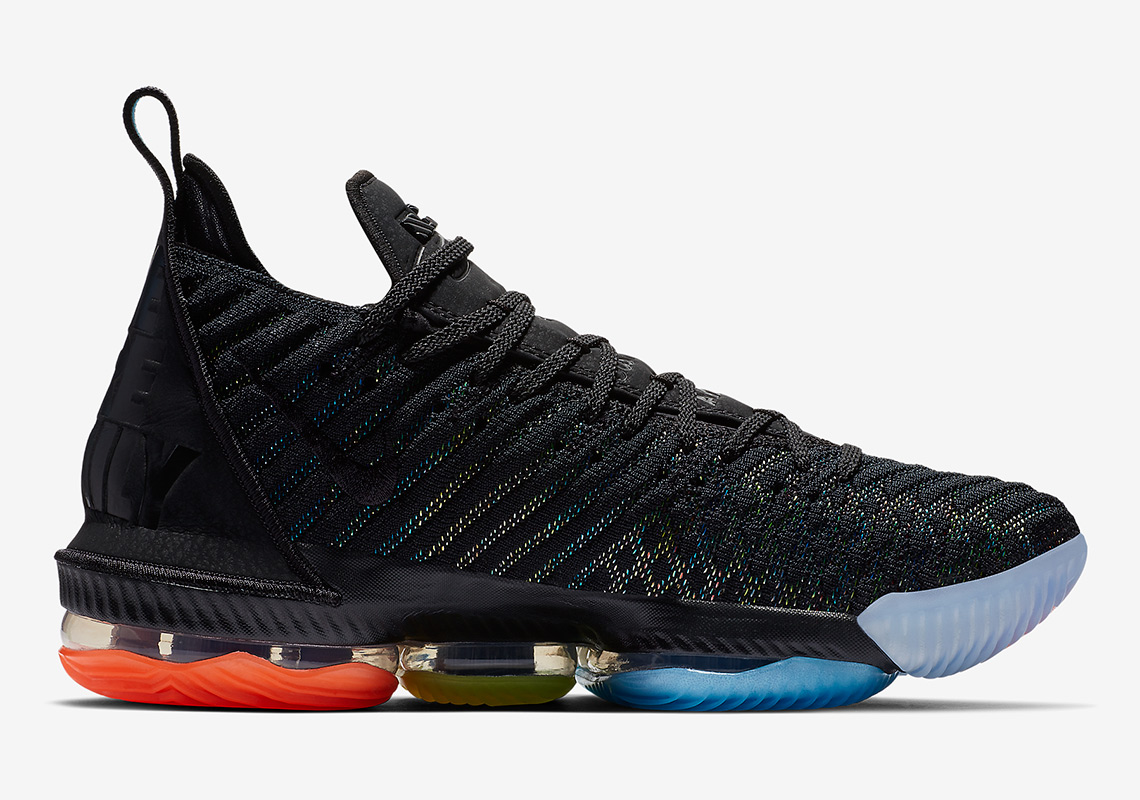 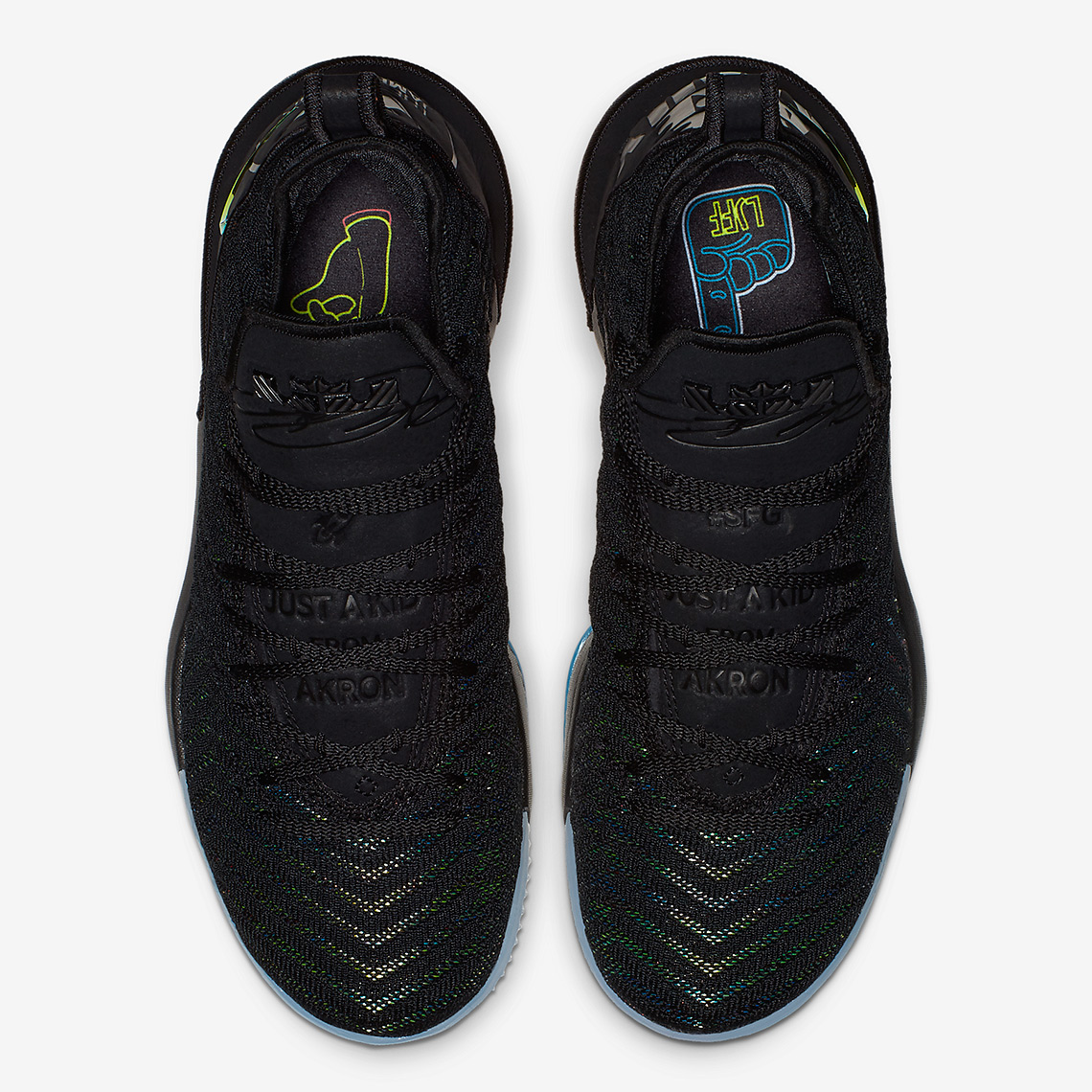 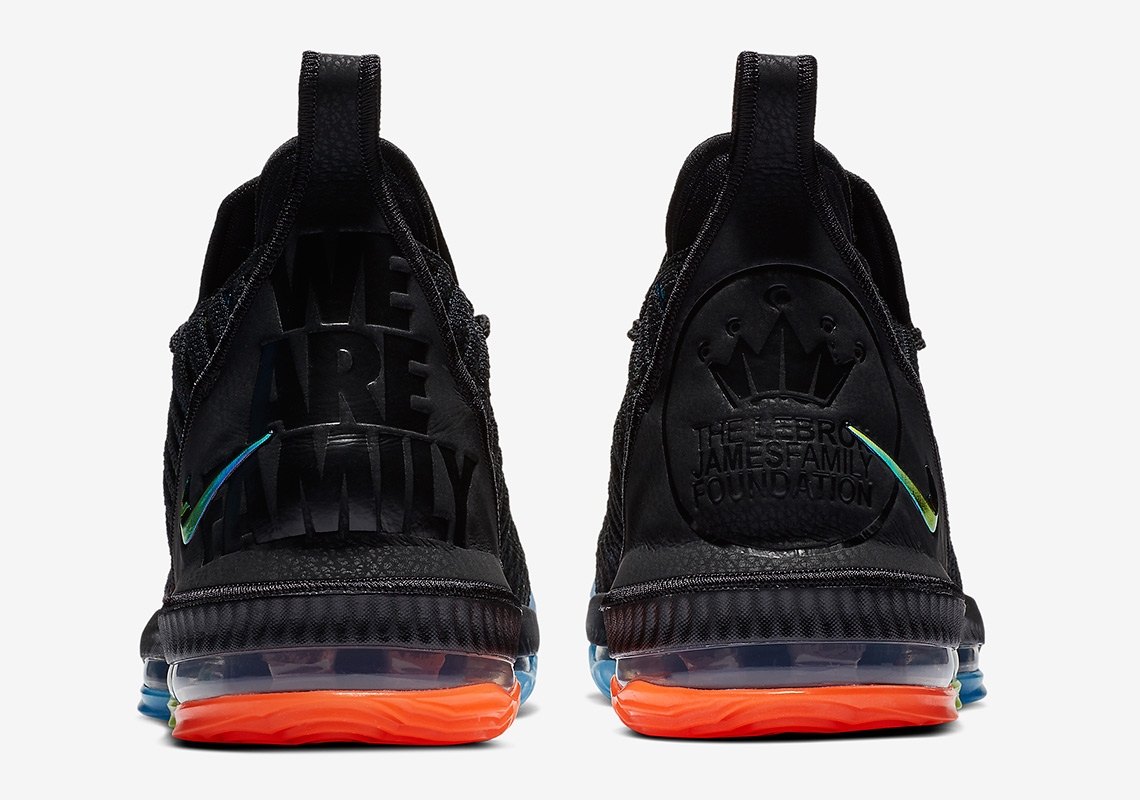 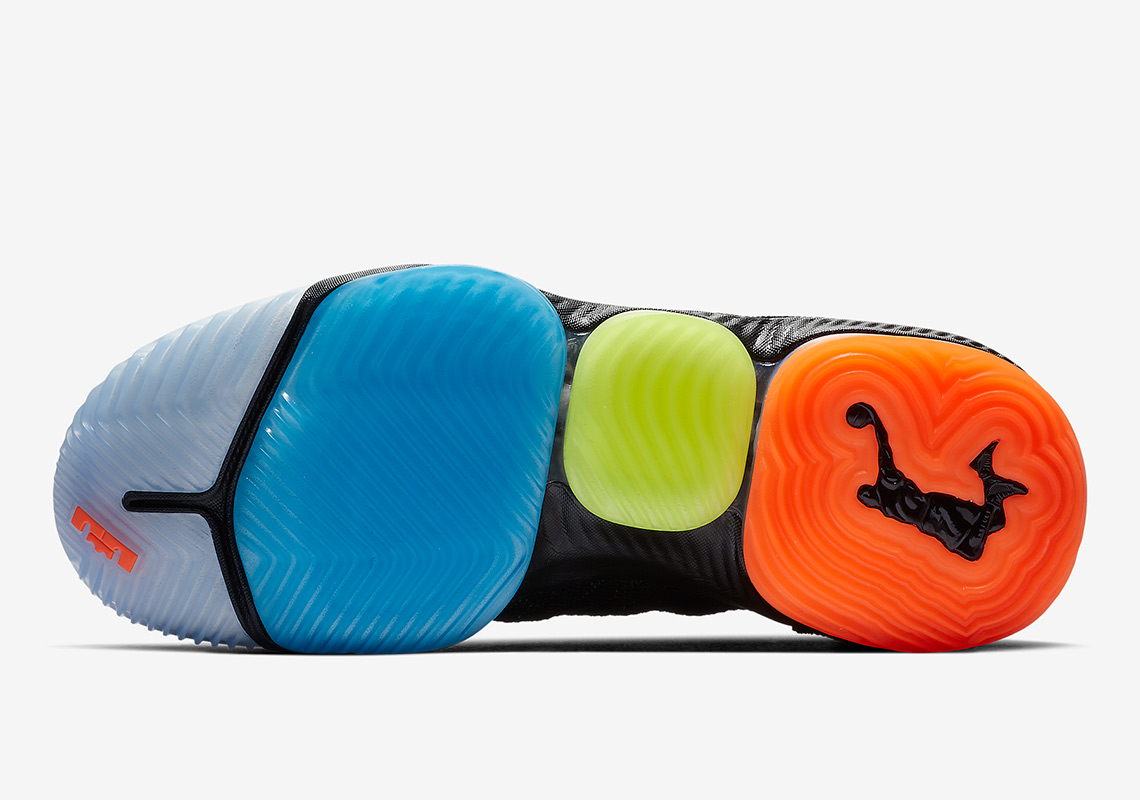 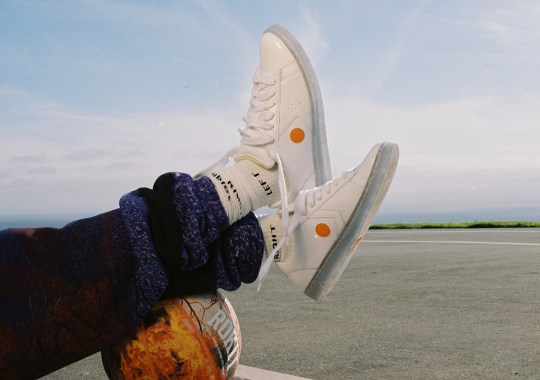 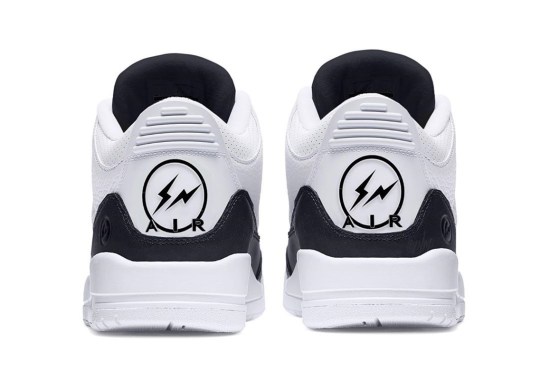