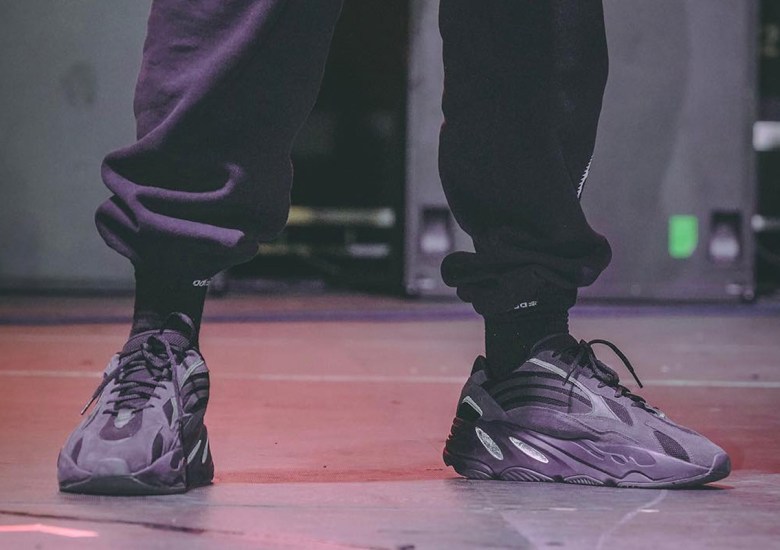 In celebration of the posthumous release of XXXTentacion’s “Skins” album, the lone feature on the project, Kanye West, delighted Miami fans to a surprise performance of his feature on “One Minute” as well as a number of classics from his unparalleled archive. On Ye’s feet during this special performance was the very first look at a Triple Black colorway of the upgraded adidas Yeezy Boost 700 v2. Boasting a significantly different upper to that of the original Yeezy 700, it comes equipped with Three Stripes-like striping and a familiarly chunky sole unit concealing its Boost cushioning. As far as this new color scheme is concerned, it is done up almost entirely in a stark black hue, with what appears to be quick hits of reflective silver on its aforementioned midsole unit. Presently, no word regarding this creation’s release has been reported, but it is certainly fair to expect these Triple Blacks to hit retailers sometime in 2019. Grab a first look above and stay tuned for updates as we have them.