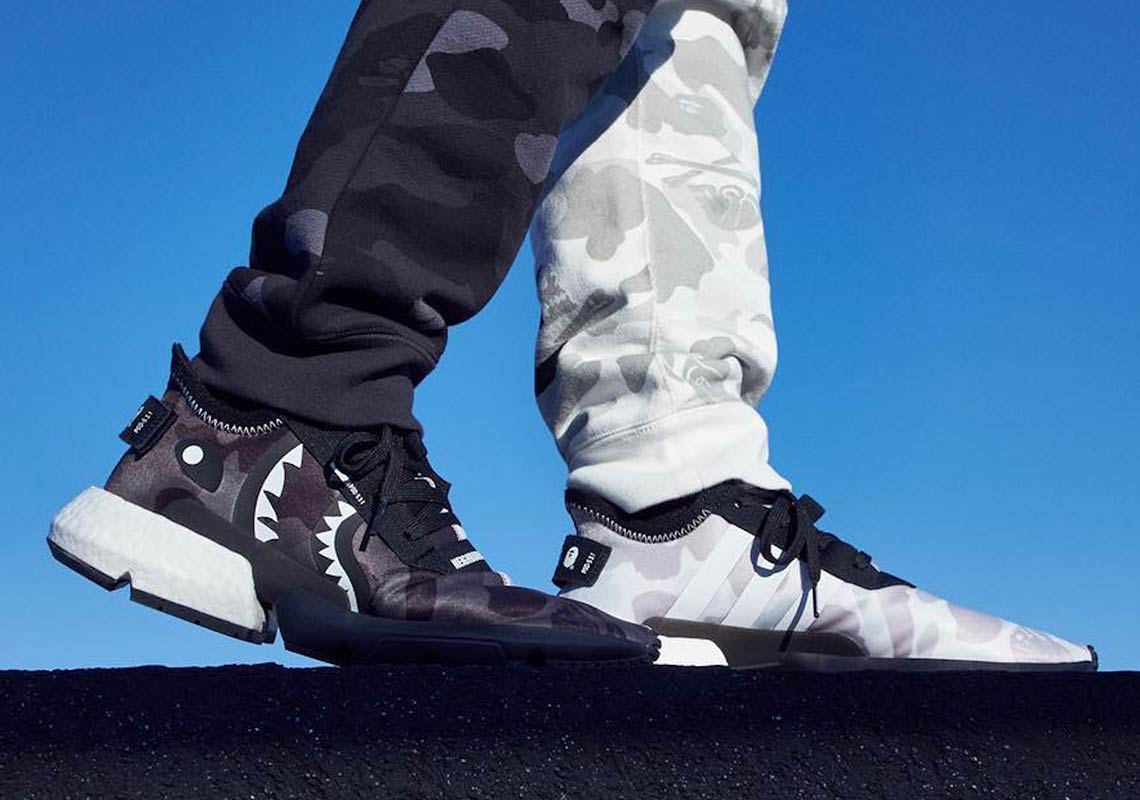 Japan’s BAPE and NEIGHBORHOOD are two of the most esteemed brands in the world of street culture today. The former is known for their clever graphics, patterns, and embellishments, the latter is recognized for their unique takes on classic pieces like motorcycle jackets and military gear. The two have worked together on co-branded collections before, but now they’re bringing a third partner into the fold for their latest drop — they’ve linked with the Three Stripes for special takes on both the adidas POD s3.1 and the adidas NMD TS1. BAPE’s bold branding and patterns take center stage on the POD, with a split-down-the-middle black/white design that features signature camouflage detailing on both halves, plus a shark face graphic on the lateral midfoot. The adidas NMD leans more towards the technical NEIGHBORHOOD side of the spectrum, as it boasts a tonal tribal pattern on the black upper while large white text hits appear on the lace shroud and neon yellow detailing graces the midfoot. Both pairs will drop January 2nd alongside a full capsule collection of apparel, so prepare yourself for the drop and let us know what pair you prefer in the comments as well. 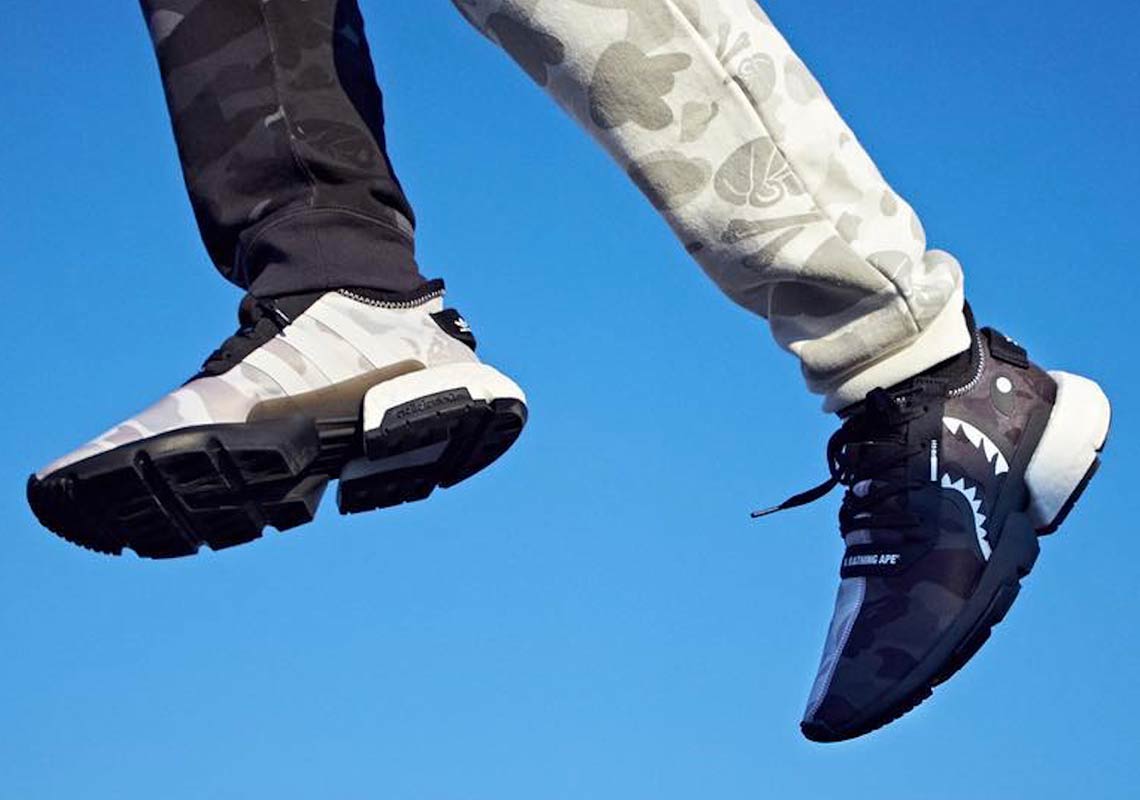 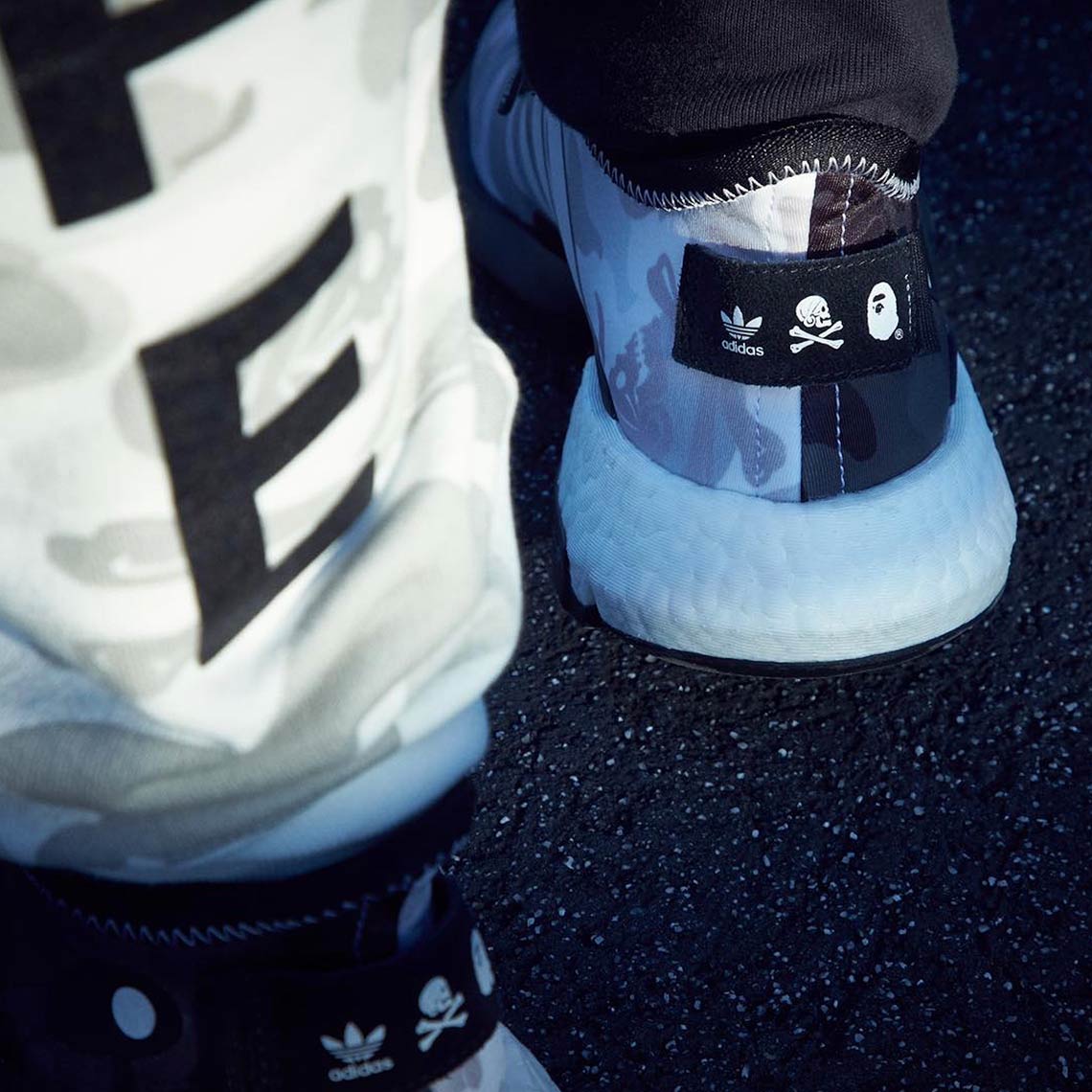 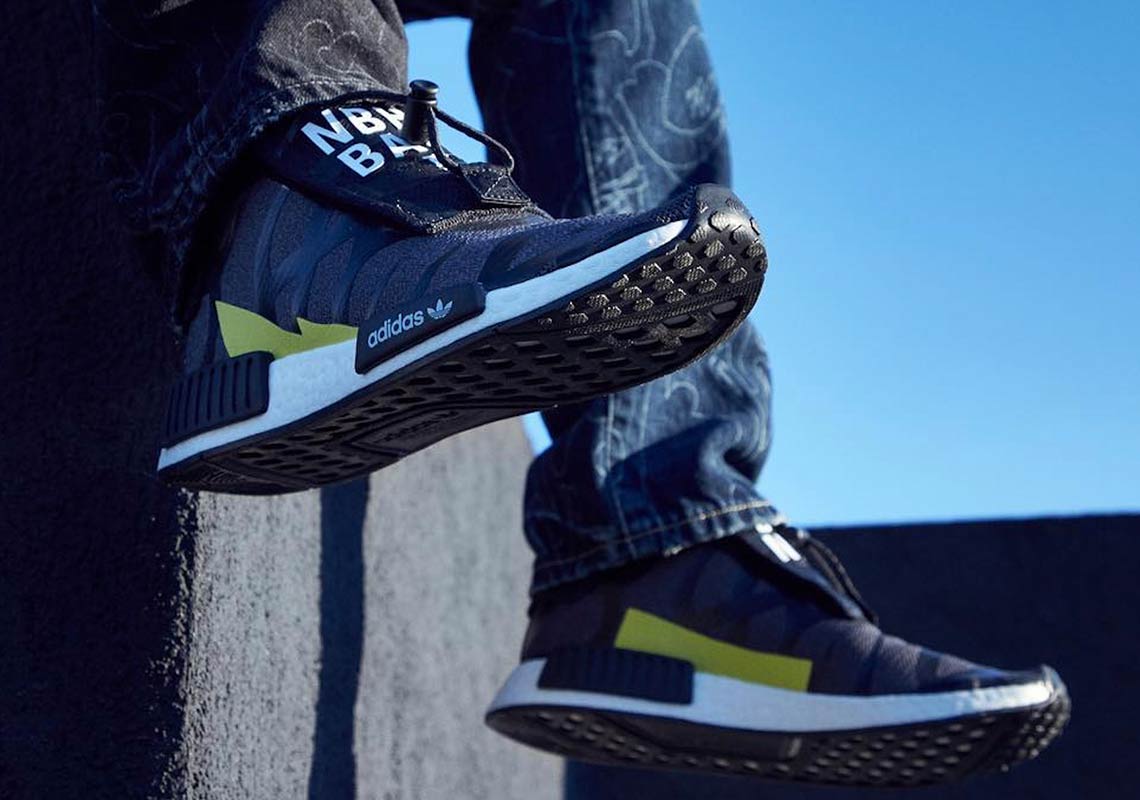 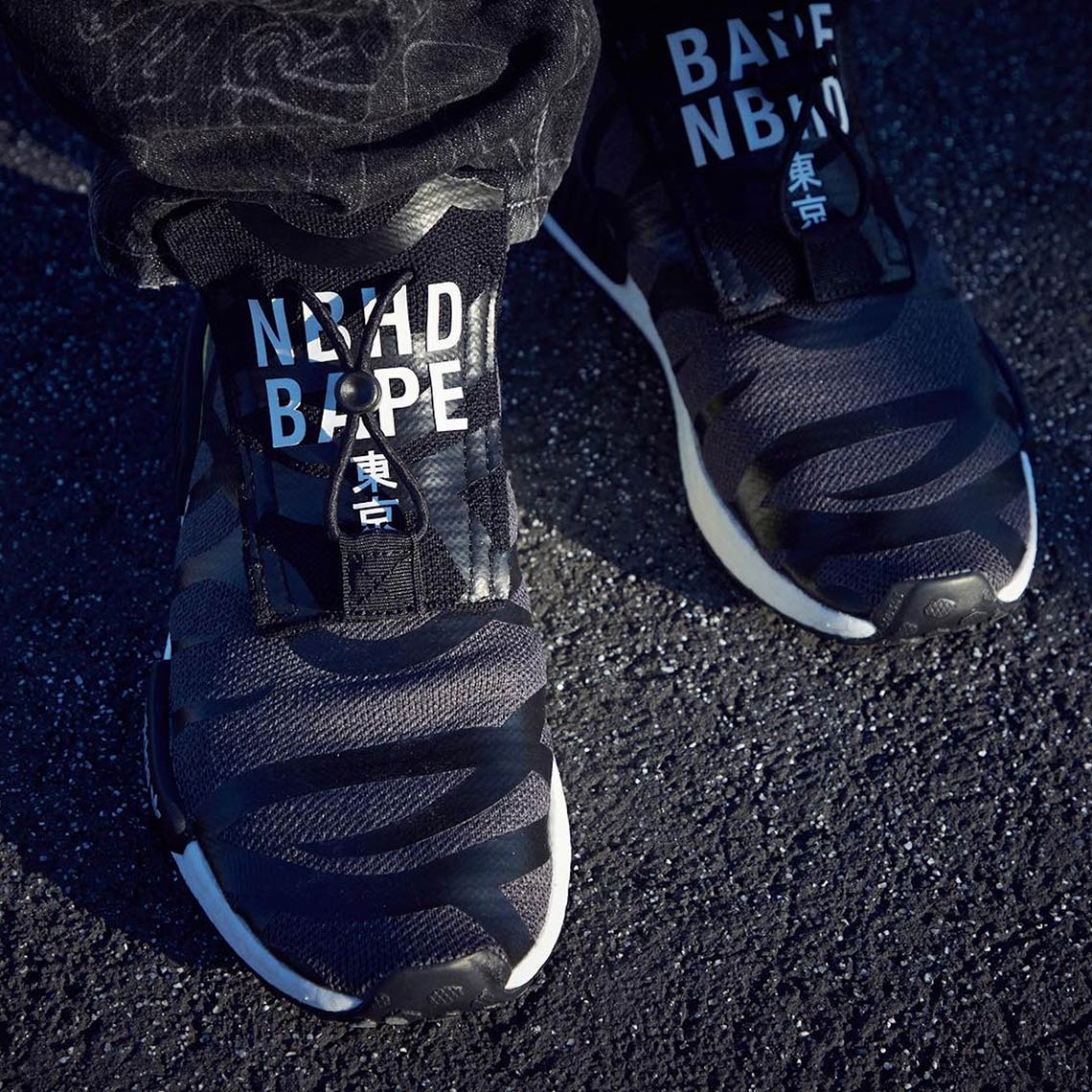 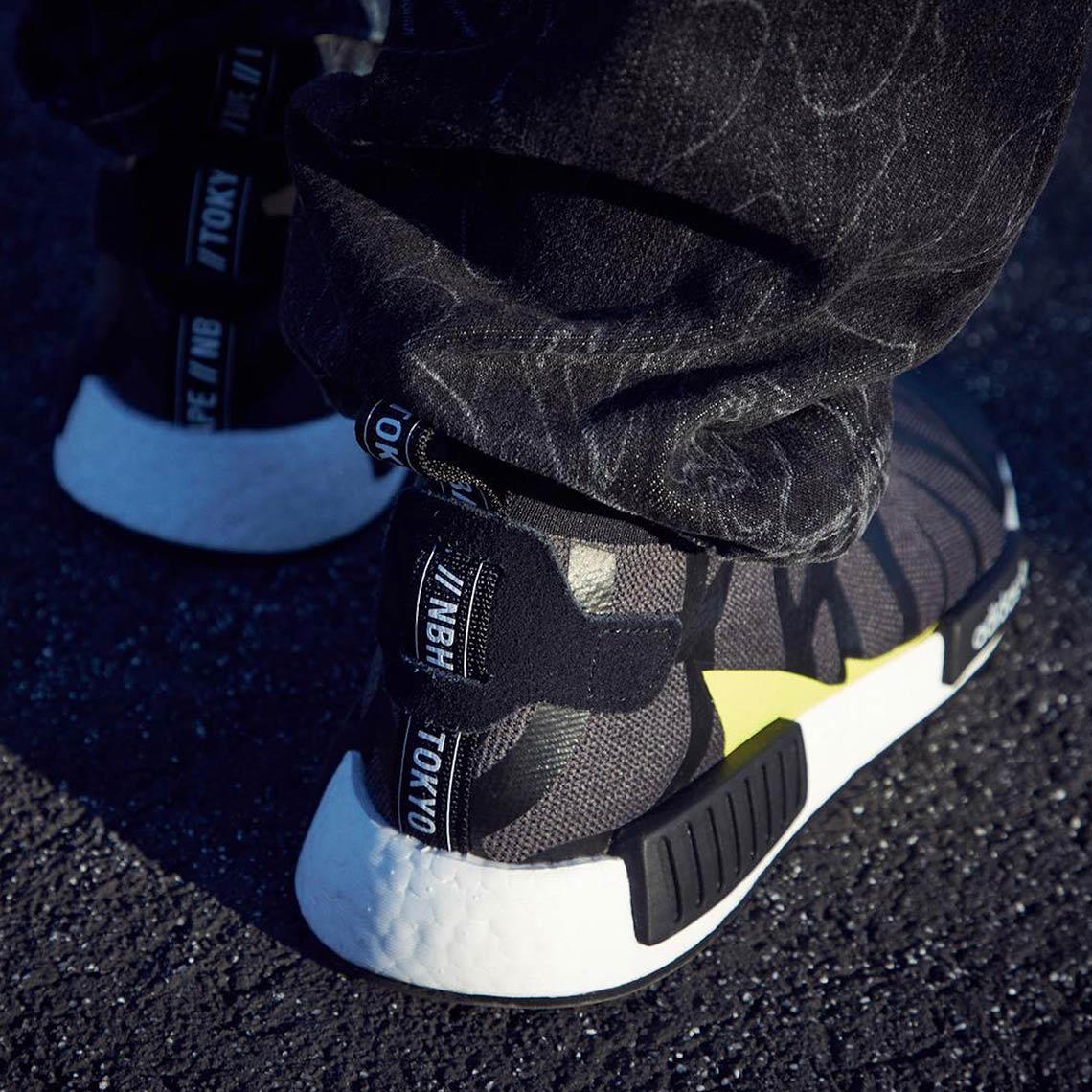