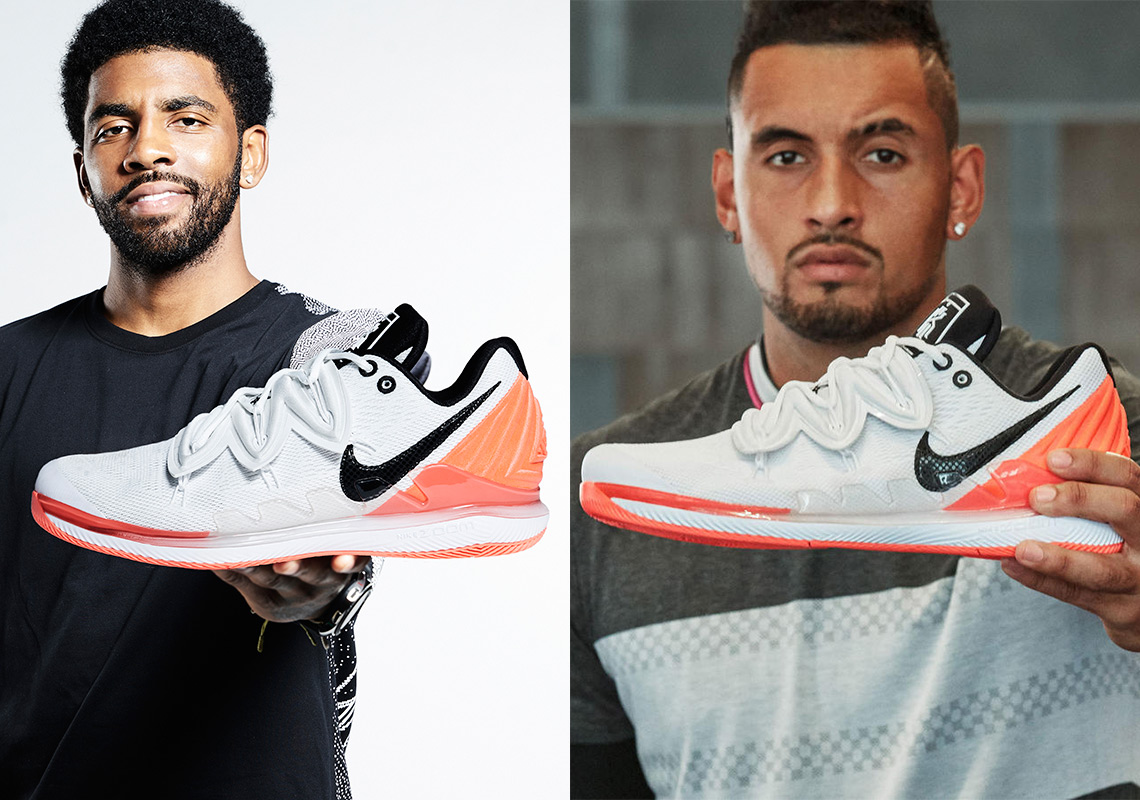 The connection between Kyrie Irving and Nick Kyrgios might not be immediately apparent, but the two stars share some similarities in addition to their Aussie nationality that have enabled this clever crossover between Nike’s basketball and tennis categories. Both talents have steadily built formidable resumes through their on-court play, while off the court they exhibit some distinct personality traits and penchant for style that have helped them stand out from the talent pool. Kyrgios is also a huge fan of basketball, having played the game seriously until focusing solely on the individual sport at the age of fourteen. Even today, he expresses his love for the game when he warms up in NBA jerseys and basketball shorts.

To recognize this cross-hemisphere relationship, Nike is introducing its latest hybrid model that pairs the Kyrie 5 upper with the outsole of the Vapor X. It features a slightly lower cut as well as a modified NikeCourt logo on the tongue that features Irving’s signature logo, while the colorway itself is a nod to the iconic Air Tech Challenge II. If you were able to catch it, Kyrie himself wore this exact “Hot Lava” rendition during Media Day photoshoots late in 2018, and for tonight’s game between the Celtics and the Nets, he’s supposed to wear his own PE version of the Kyrie 5 inspired by his counterpart’s Nike Zoom Vapor X.

Back in August 2014, Nike released a similar hybrid called the Zoom Vapor Tour AJ3 which blended the sublime upper of the Air Jordan 3 with sole tooling from Roger Federer’s Zoom Vapor Tour RF. Given the success of that pairing, we can certainly expect more from the brand’s current initiative to bridge hoops and tennis, with the recently revealed Vapor X Foamposite providing a hint of what’s to come. For now, Nike confirms an official release of January 14th, 2018 for the Nike Zoom Vapor X “Kyrie 5”, so check out a closer look ahead and stay tuned for the release. 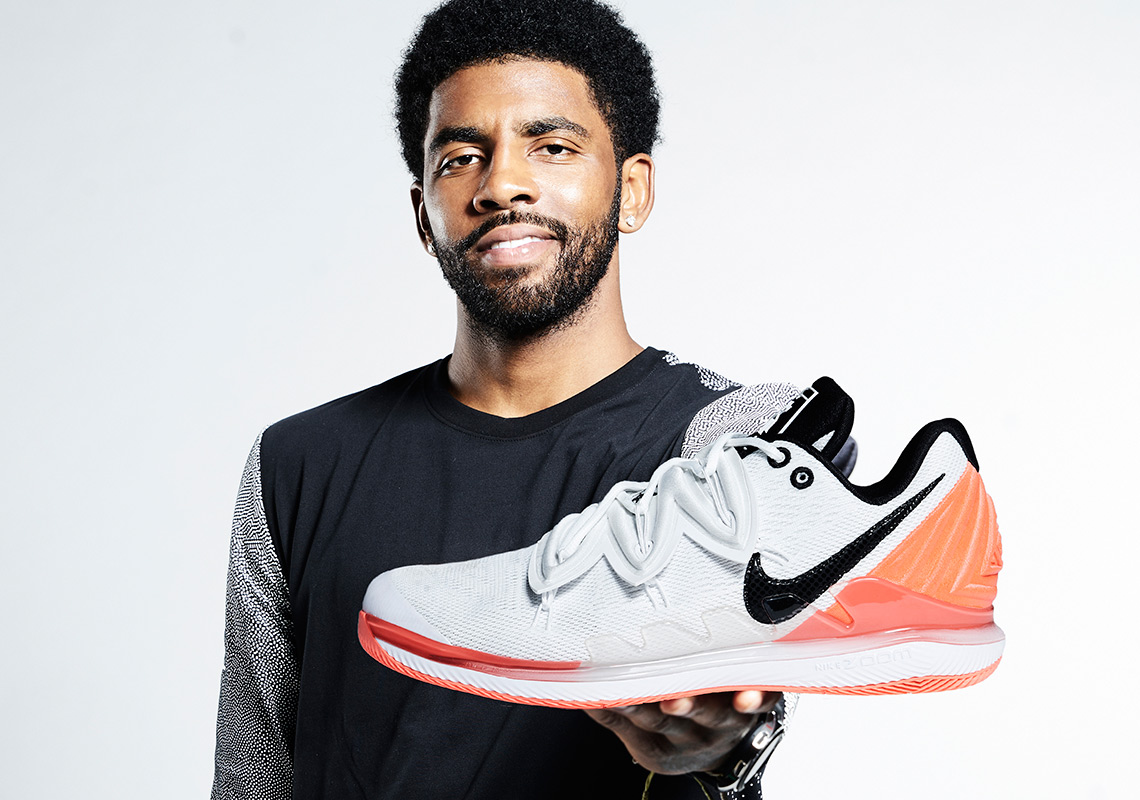 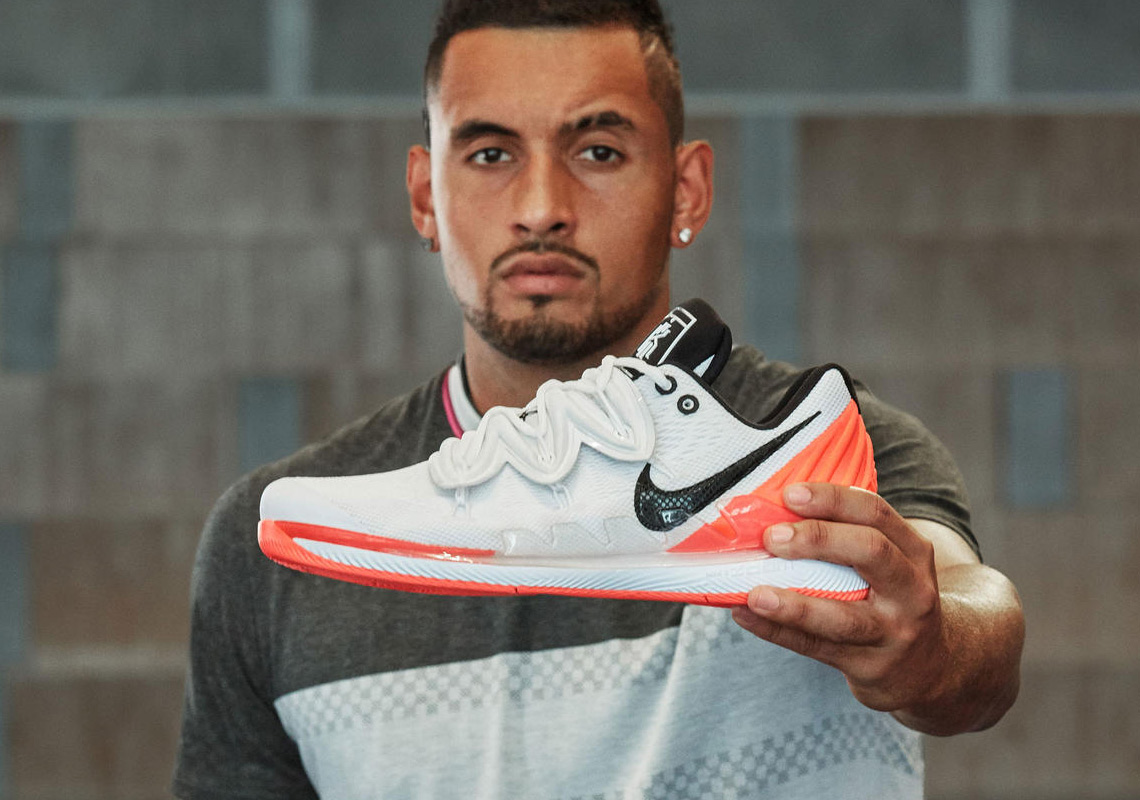 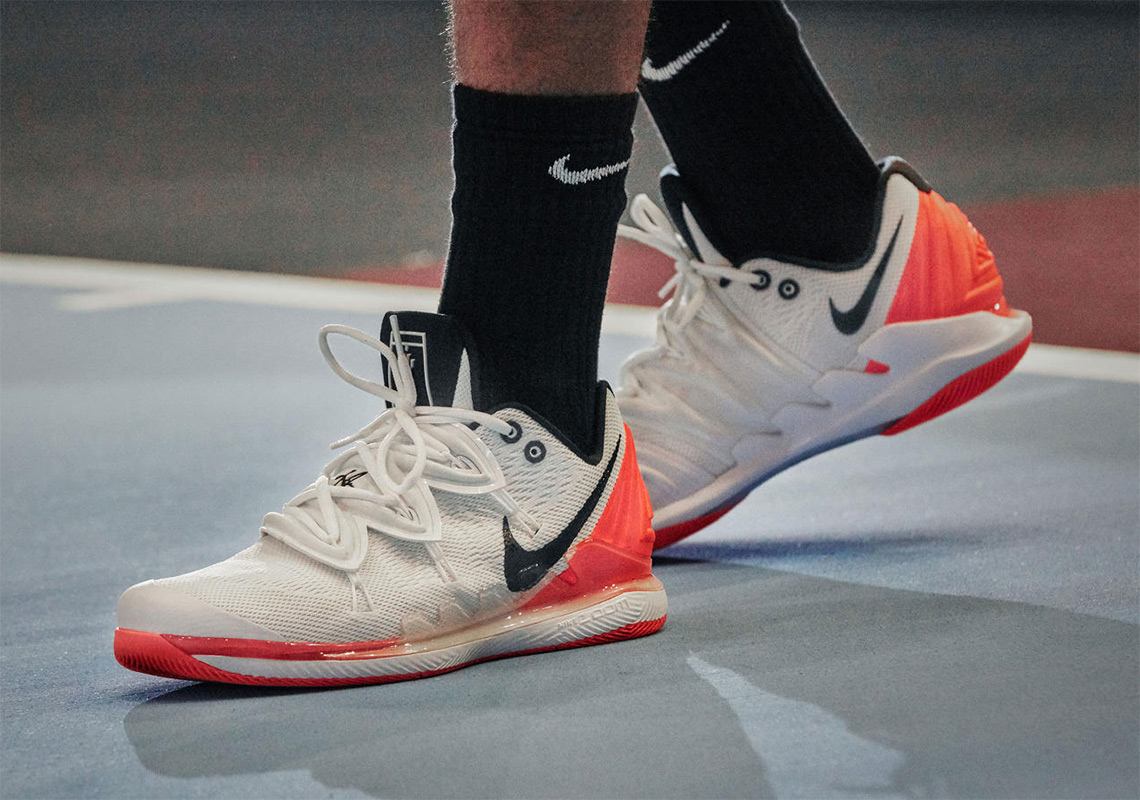 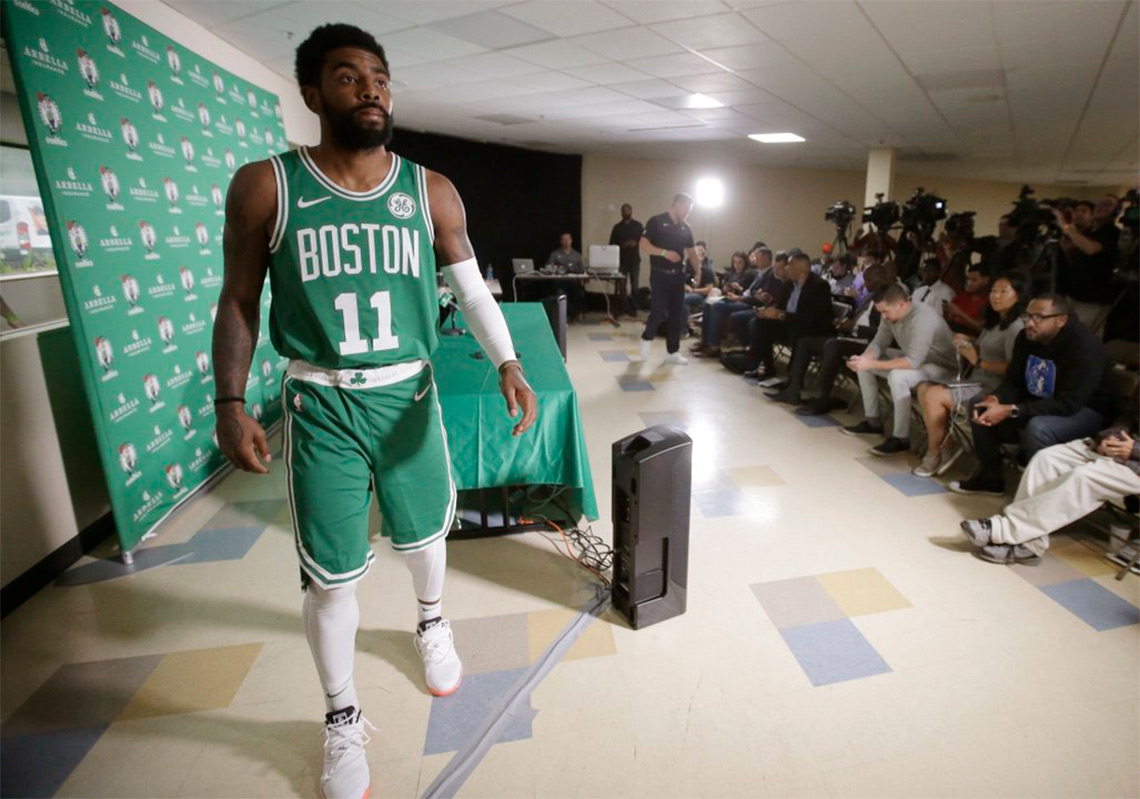 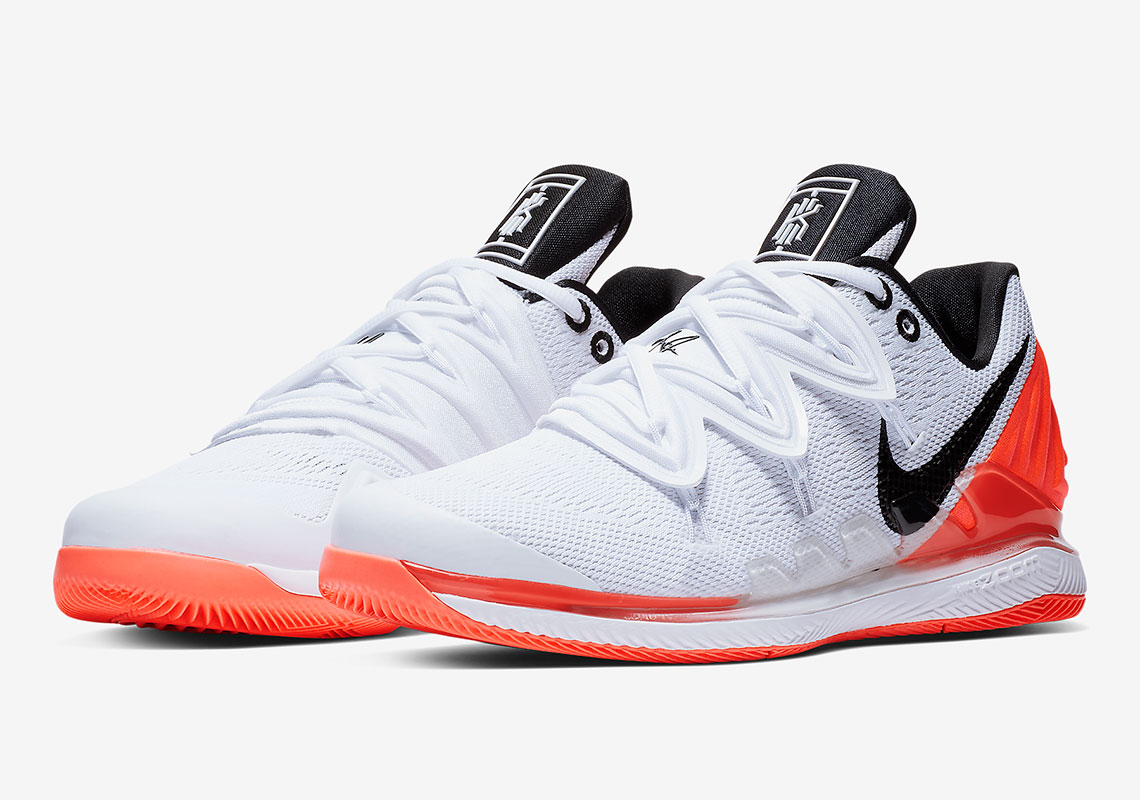 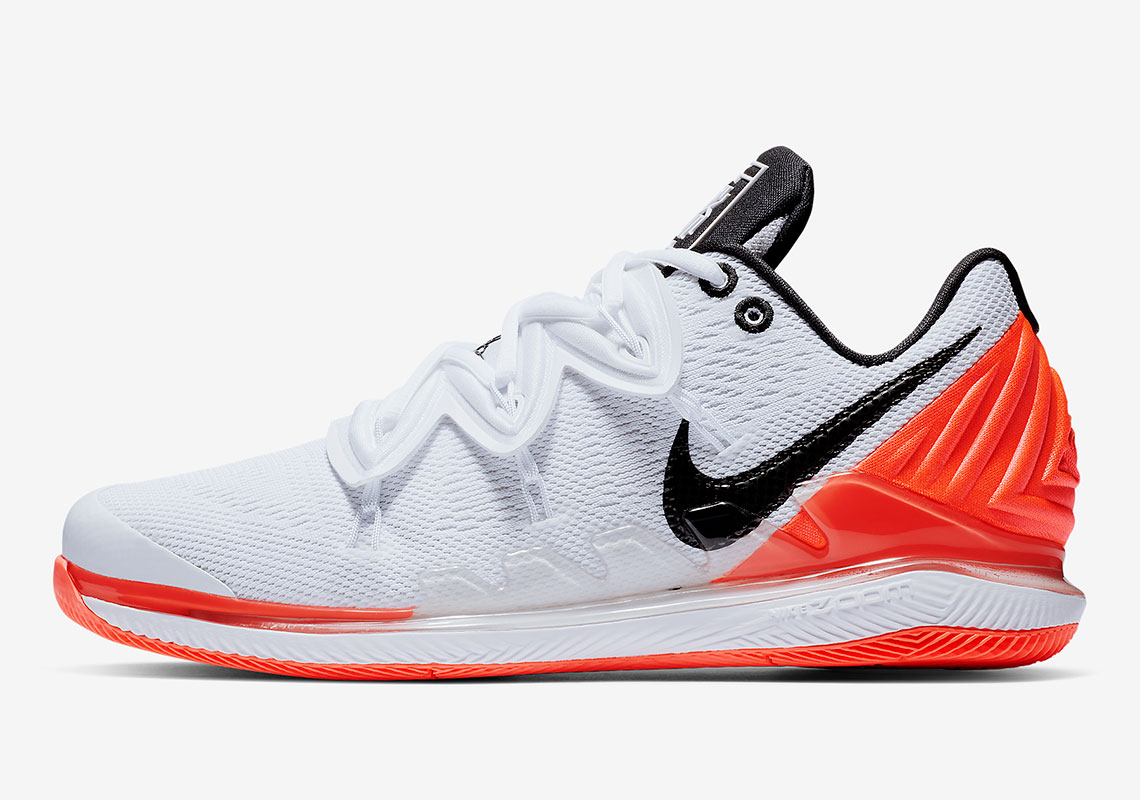 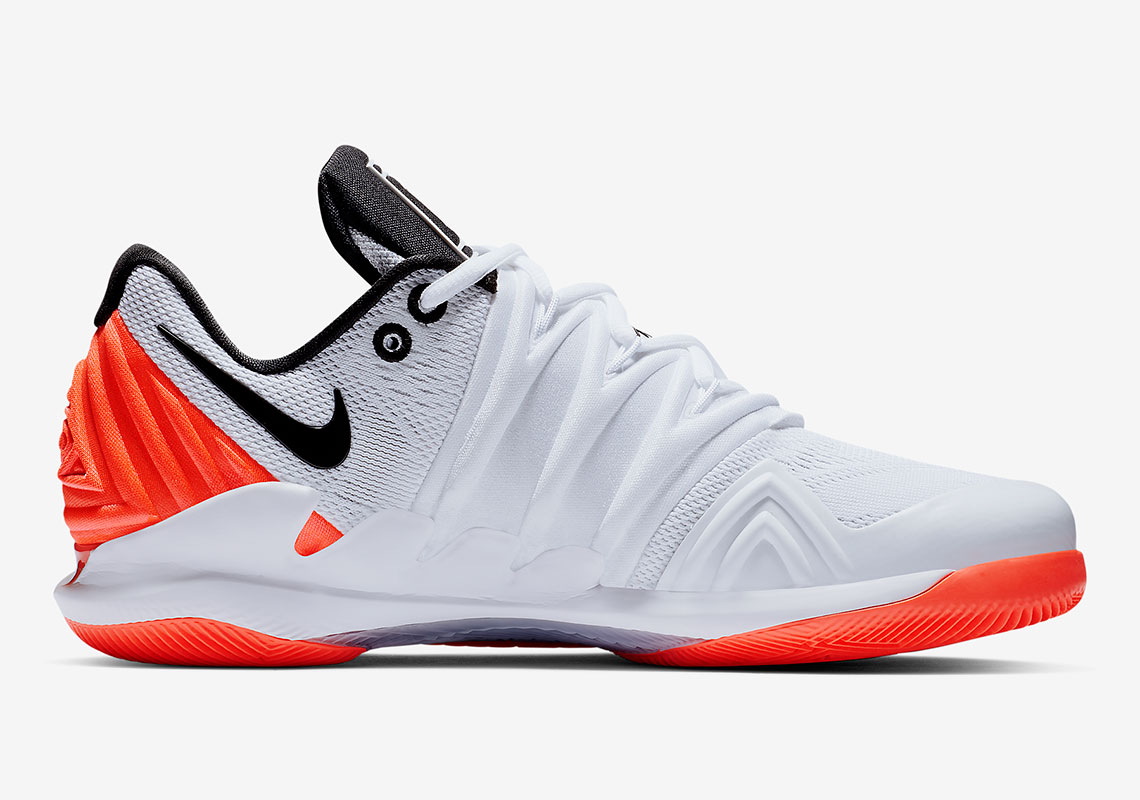 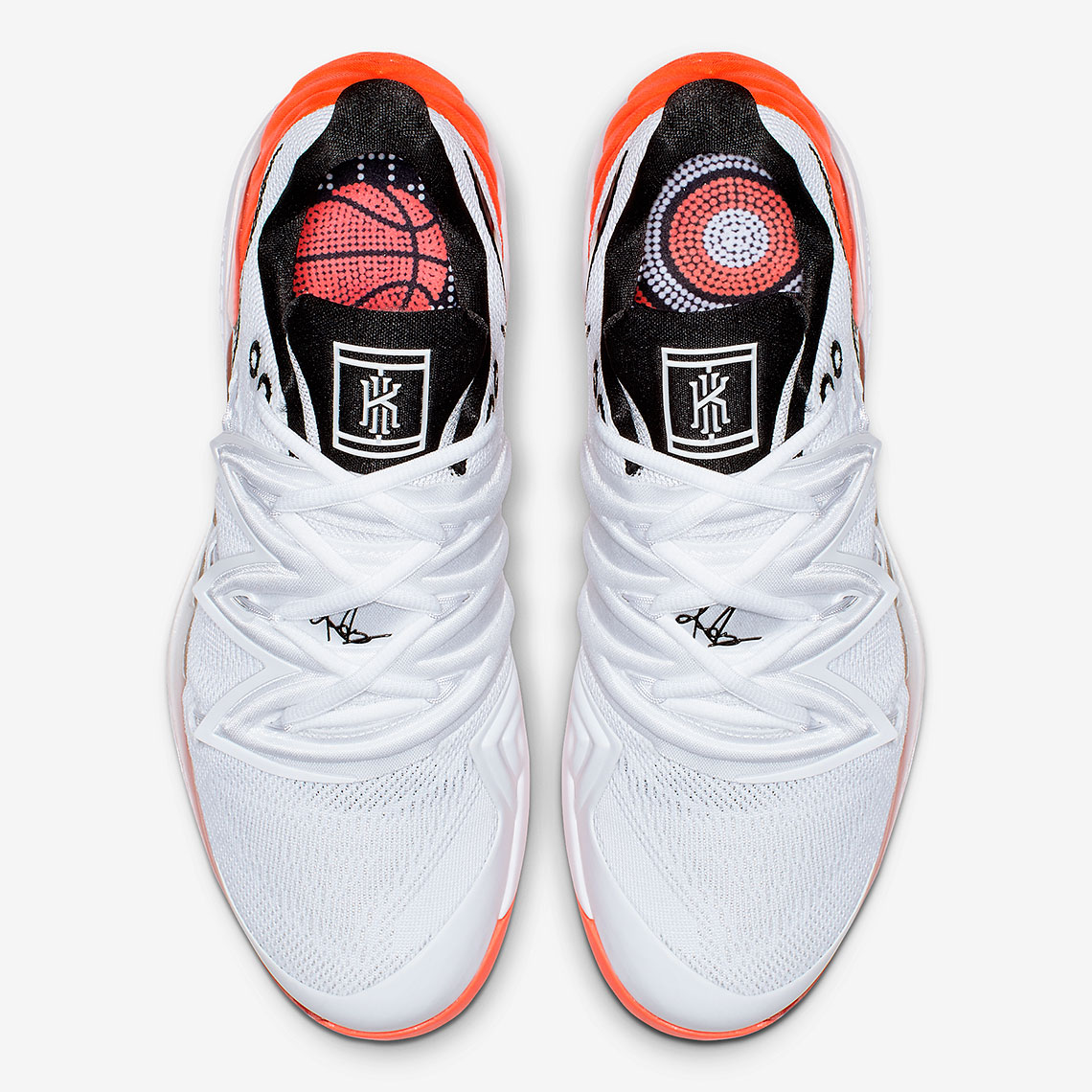 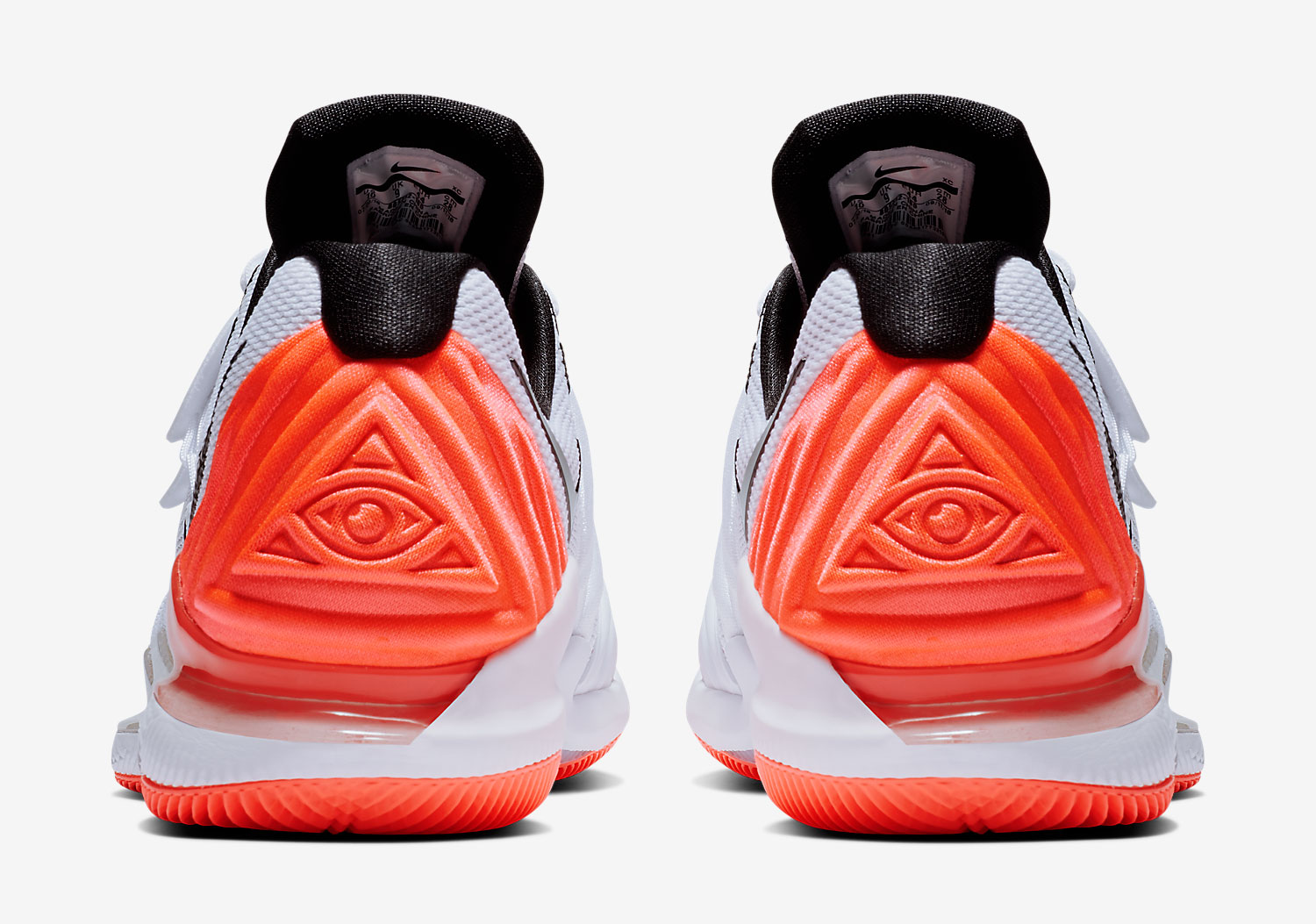 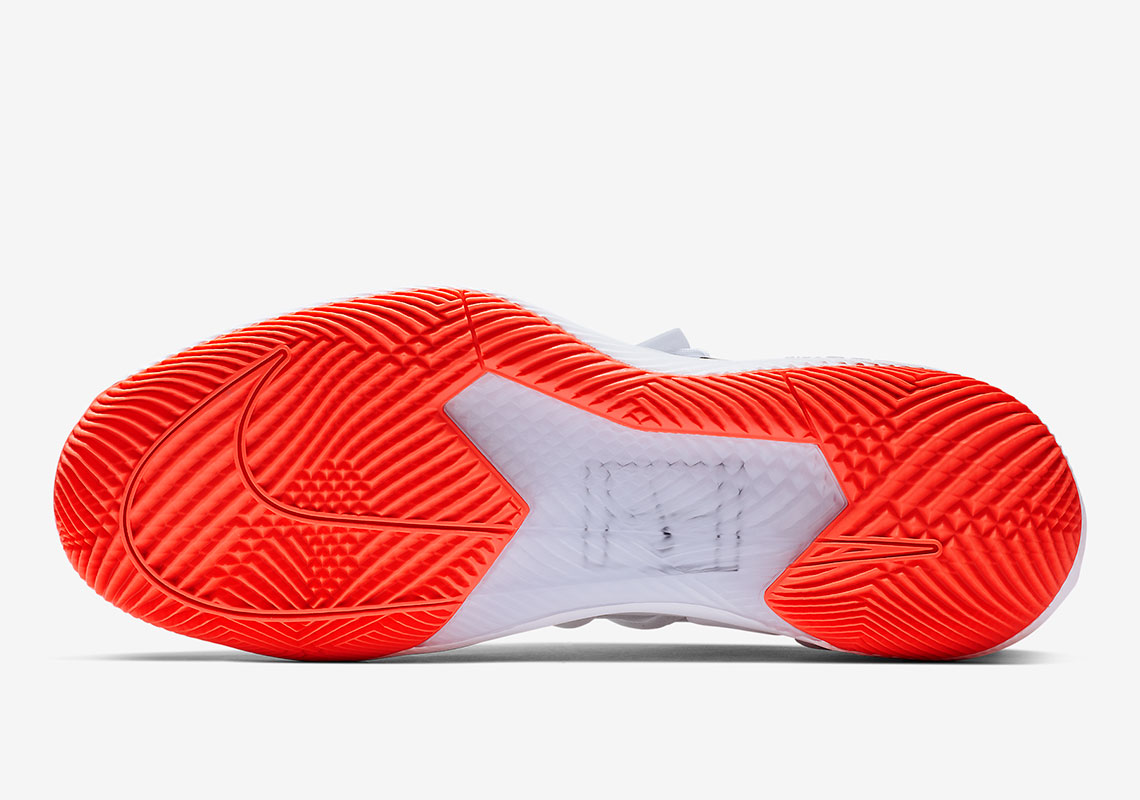