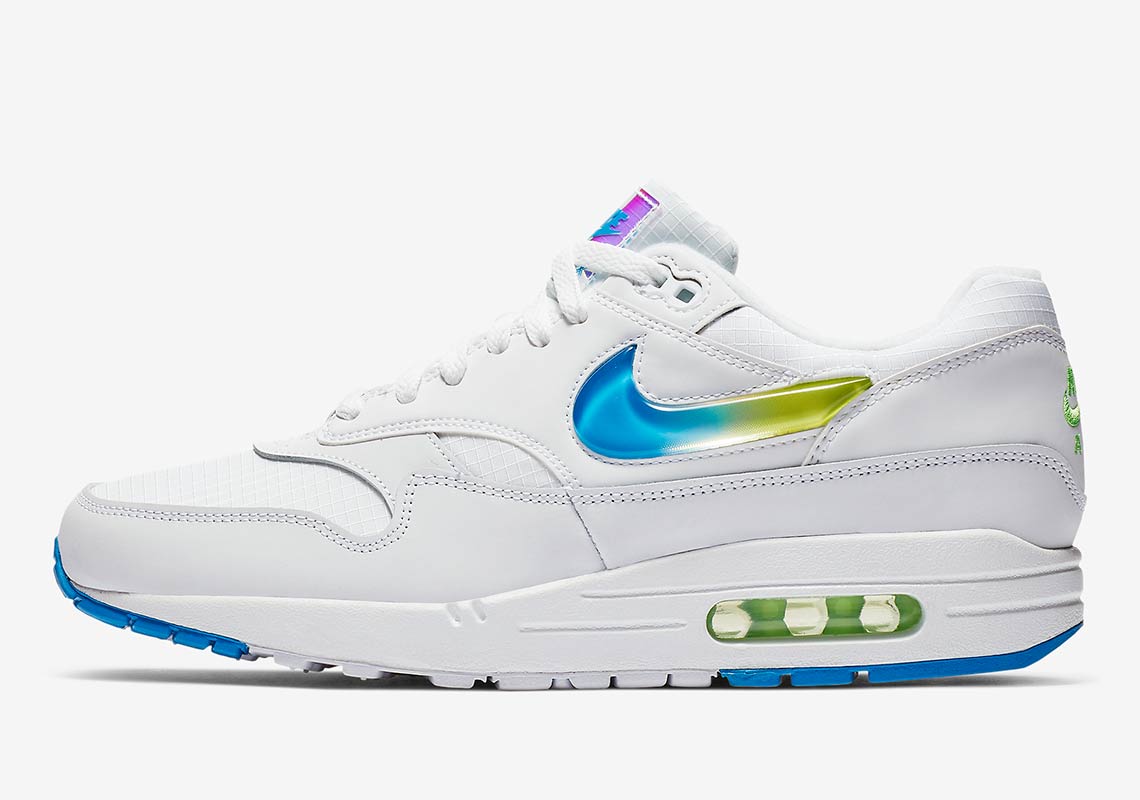 Nike Adds The Jelly Jewel Swoosh To Another Air Max 1

Although the Air Max 1 is no stranger to jewel swoosh-style embellishments, Nike has expanded their branding experiment on the classic silhouette as of late. Adorning Tinker Hatfield’s timeless 1987 creation with large three-dimensional Swooshes that are more jelly than jewel — a graphic first introduced on the PlayStation Air Force 1s in 2018 — they’ve given the masterful Max a splashy modern-day makeover. The latest sumptuously-Swooshed AM1 to surface uses bold blue and yellow accents, with the raised Swoosh fading from the former to the latter before disappearing into the heel. Further bright pops of color arrive on the holographic tongue badge and embroidered heel hits, both of which stand out clearly against the simple white ripstop underlays/leather overlays. The look is then completed by a white midsole with a green Air Max unit and a blue/white outsole. An official release date has not yet been announced for these new Air Max 1s — but look for them to follow in the footsteps of the recent black jelly Swoosh pair, possibly serving as a Nike.com member’s access only release. In the meantime, check out a full set of official images below, and let us know what you think of the alternate stylings in the comments as well. 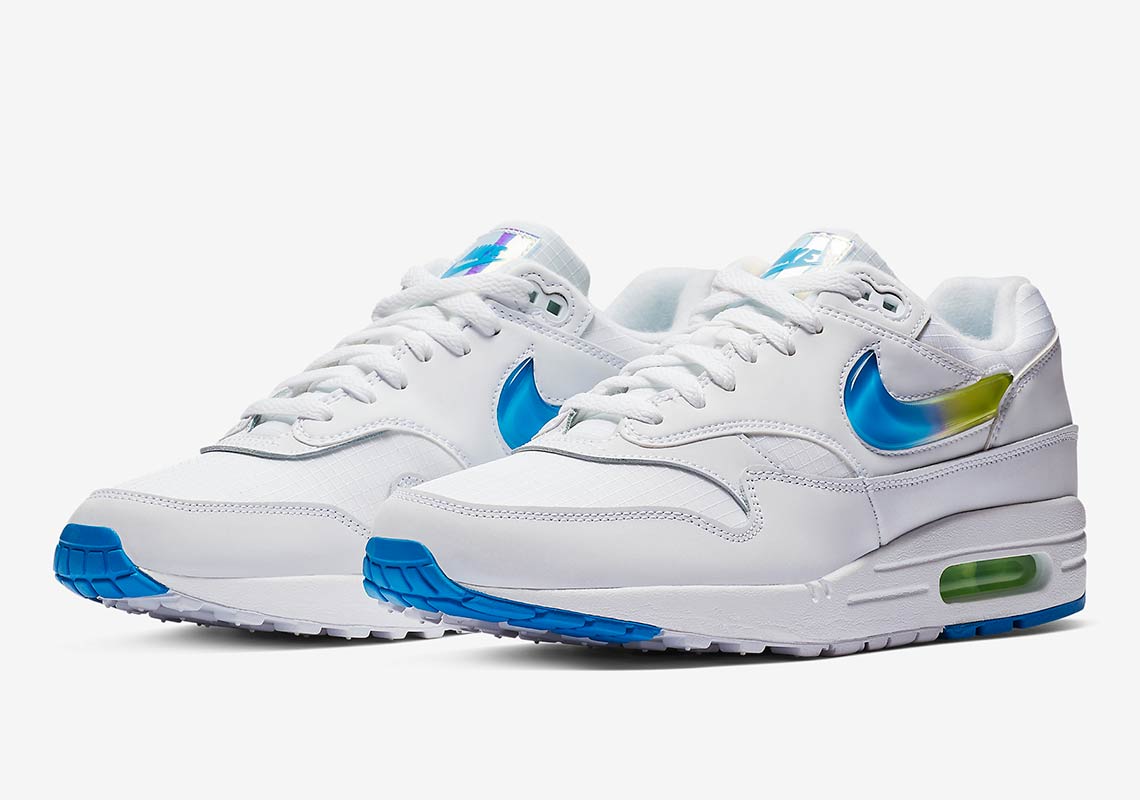 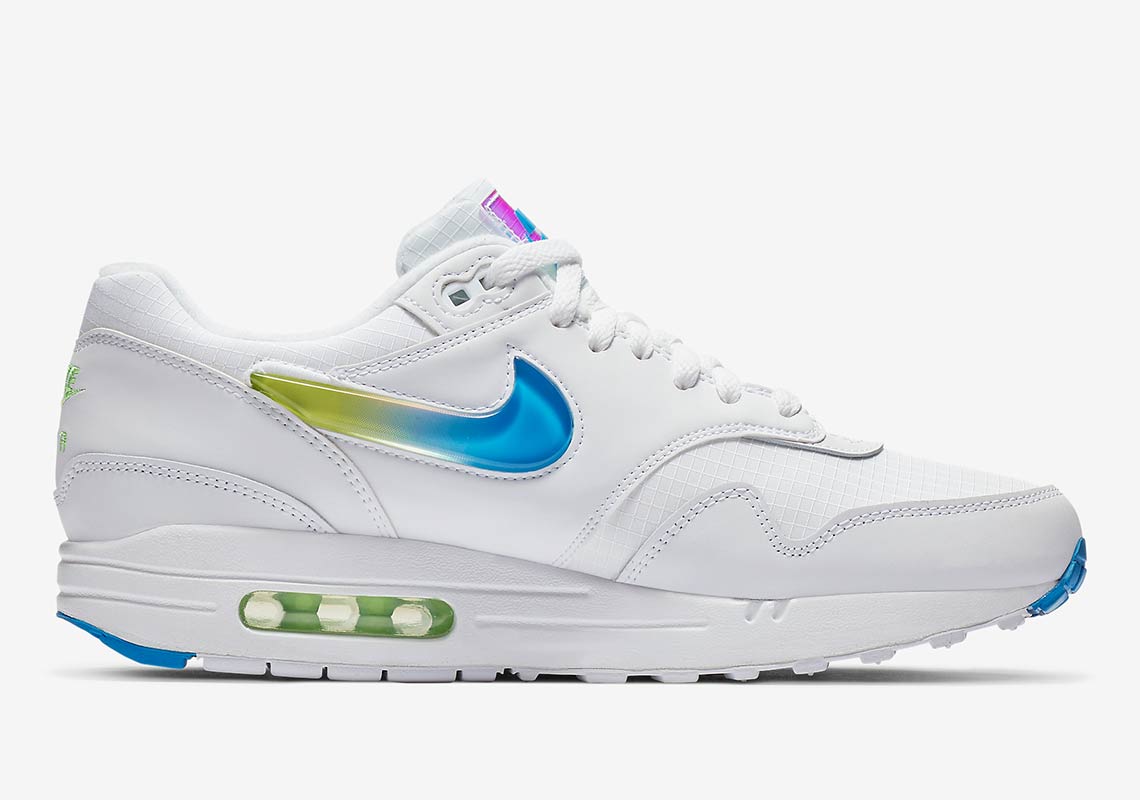 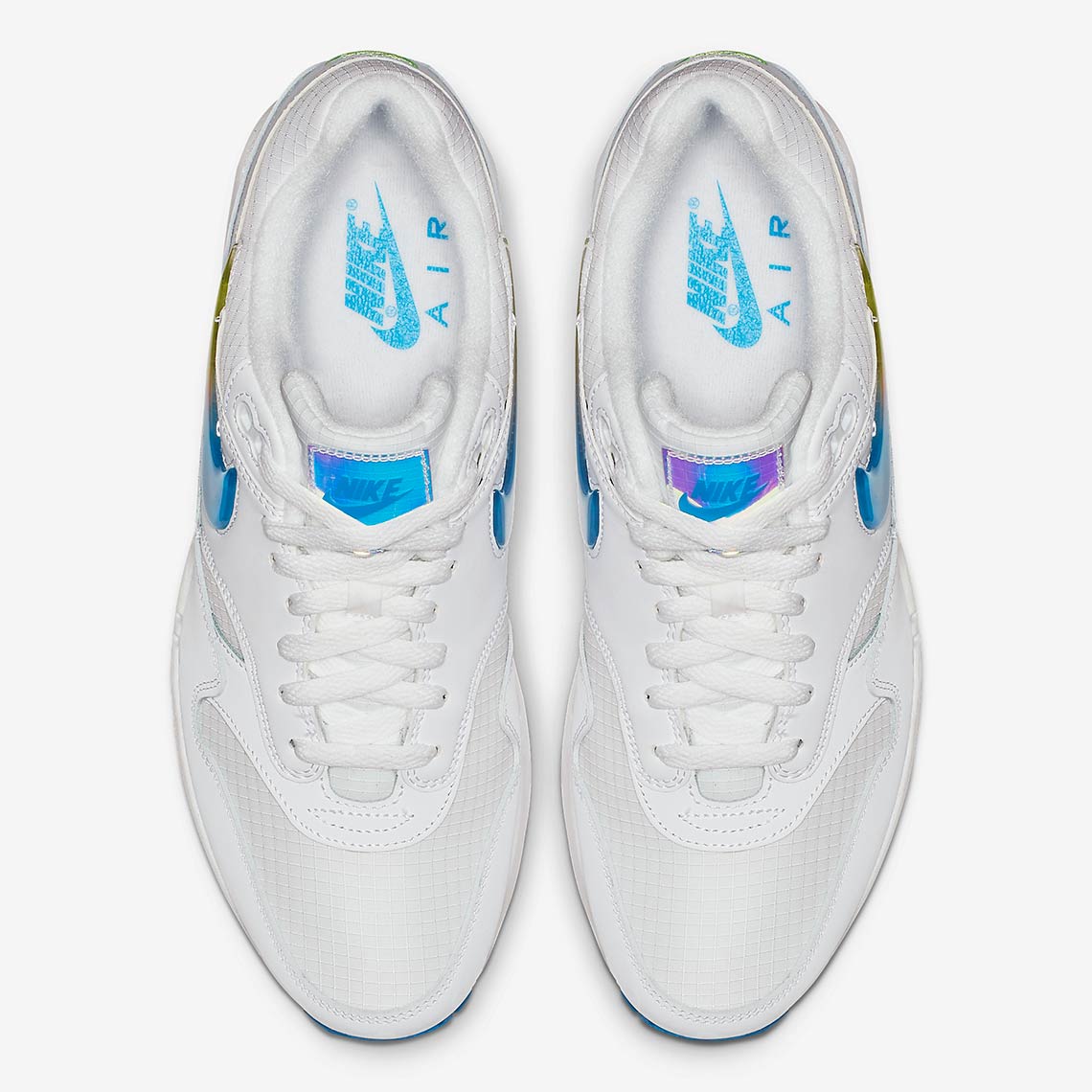 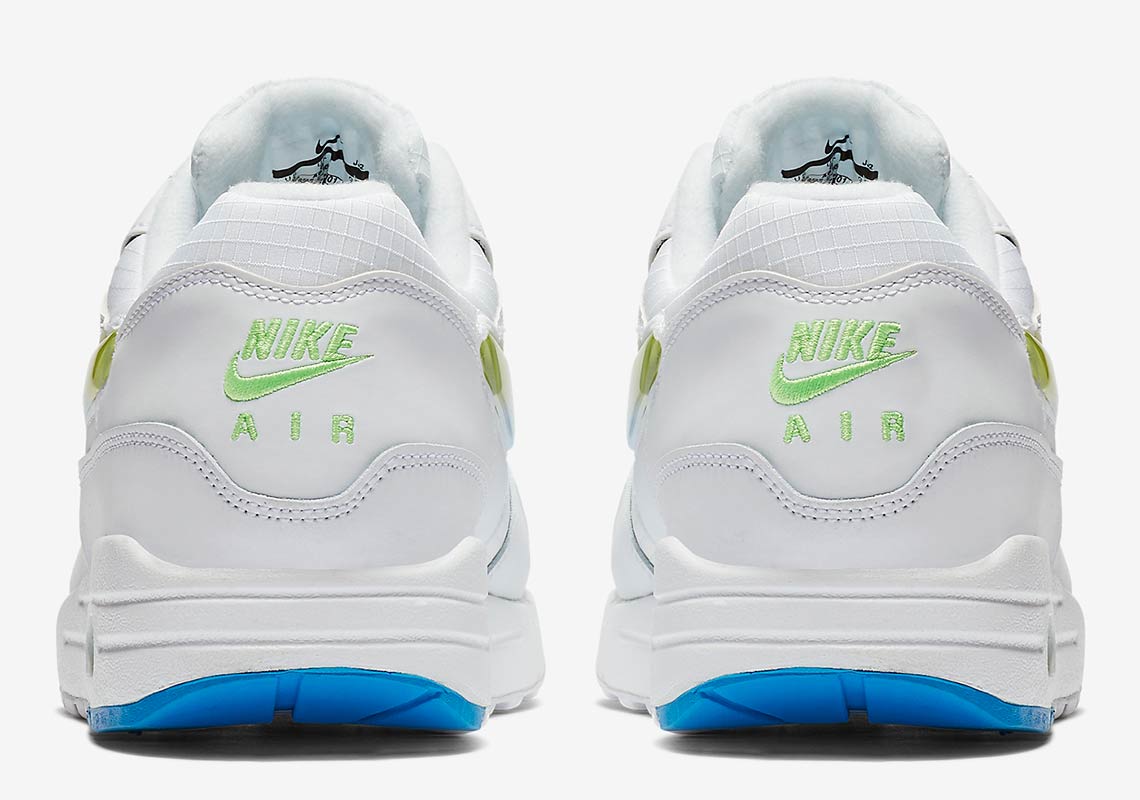 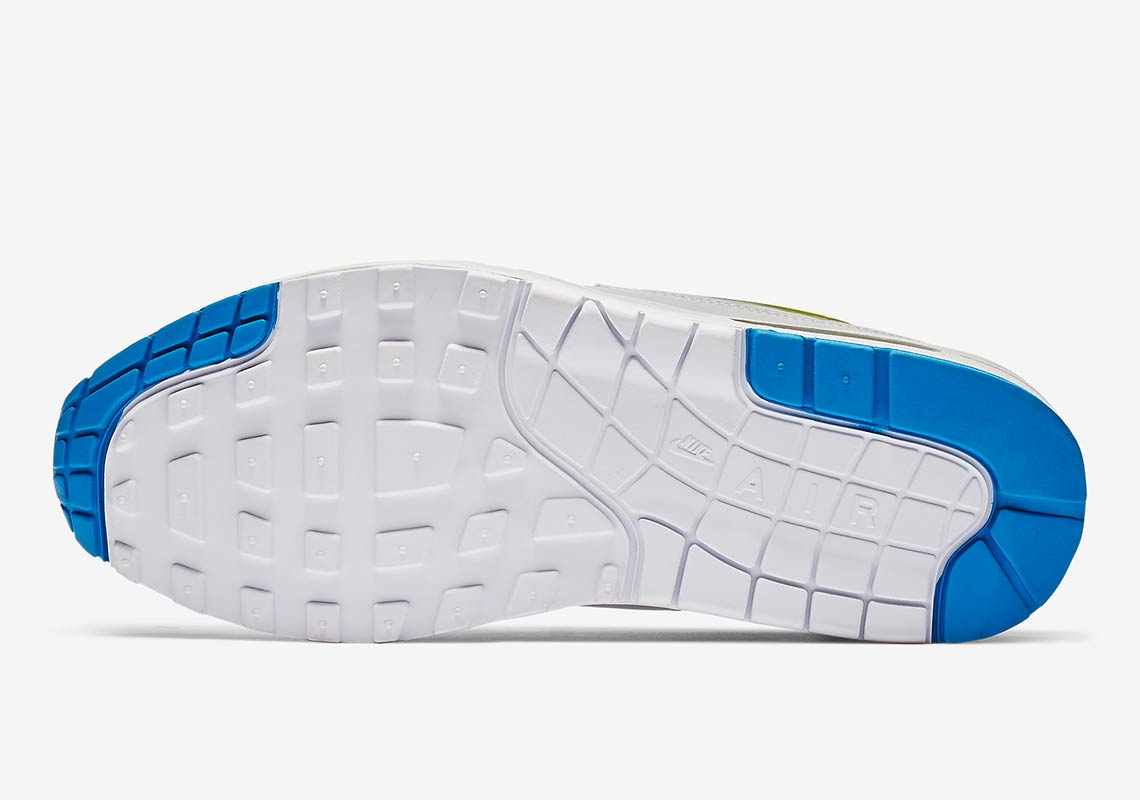